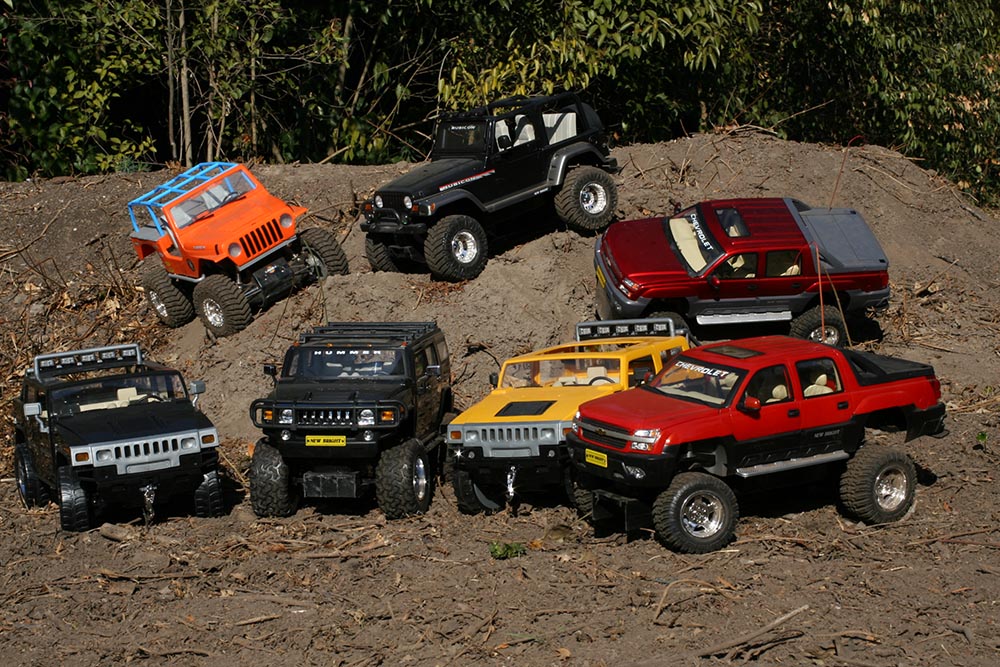 For me the most impressive props are motor vehicles. Their sheer size in this scale presents challenges in terms of storage and display, not to mention price.  Sometimes finding a location large enough to photograph a few of these beasts can be a bit of a challenge.

All of my cars started life as RC vehicles. While it was often fun to see such large models moving under their own power, their main role is actually not to move.  I have always been a still photographer, and the format of my stories is a series of photos. Eventually the batteries failed.

At one time these vehicles were carried in brick and mortar toy stores, and some department stores. eBay also was an important source of vehicles for me. Fortunately in those earlier years, shipping was not as expensive as it is now. In the early 2000s there was quite a bit of business in these vehicles, with new ones coming out every few months.  This activity came to an abrupt halt, even on eBay. When they're up for sale now, they command even higher prices, and they're usually in used condition. This is why my cars seem to be frozen in time. The newest vehicles in my collection are model year 2005- 2006. They would all be considered classics today.

Even though marketed as 1/6th scale, many vehicles had no provision for actually fitting a figure inside. Later vehicles were basically body shells on a minimal frame. Modifications to accommodate figures could be as simple as cutting out some room for their legs or as extensive as modifying most of the interior of the car.  A few could fit figures without any modifications at all.

I have been a car enthusiast all my life. We have old movies of me (on DVD now) riding a steel push truck. Why walk when you can ride? From an extensive collection of Corgi Toys, Dinky Toys, Matchbox, Poli Toys, and other die-cast brands, I grew into model kits. As an adult I was an enthusiast of used cars before they became part of people's investment portfolios... but that's a completely different story...