This car was marketed by Hot Rod Magazine as a replica of a full scale project they completed. I am very grateful they chose to commemorate the project with a 1/6th scale car! These RC cars were sold in Radio Shack stores. I purchased mine on eBay in the spring of 2006.

Unlike models of contemporary cars which are now in that strange place of looking dated, but not yet quite "classic", a truly classic car such as this one doesn't really look dated. I like the idea of a "resto-mod"- restoring a classic car, while making worthwhile modern upgrades.

These photos were a quick photo shoot I made at the time I received the car, and I've always intended to do a better one that shows the car better. 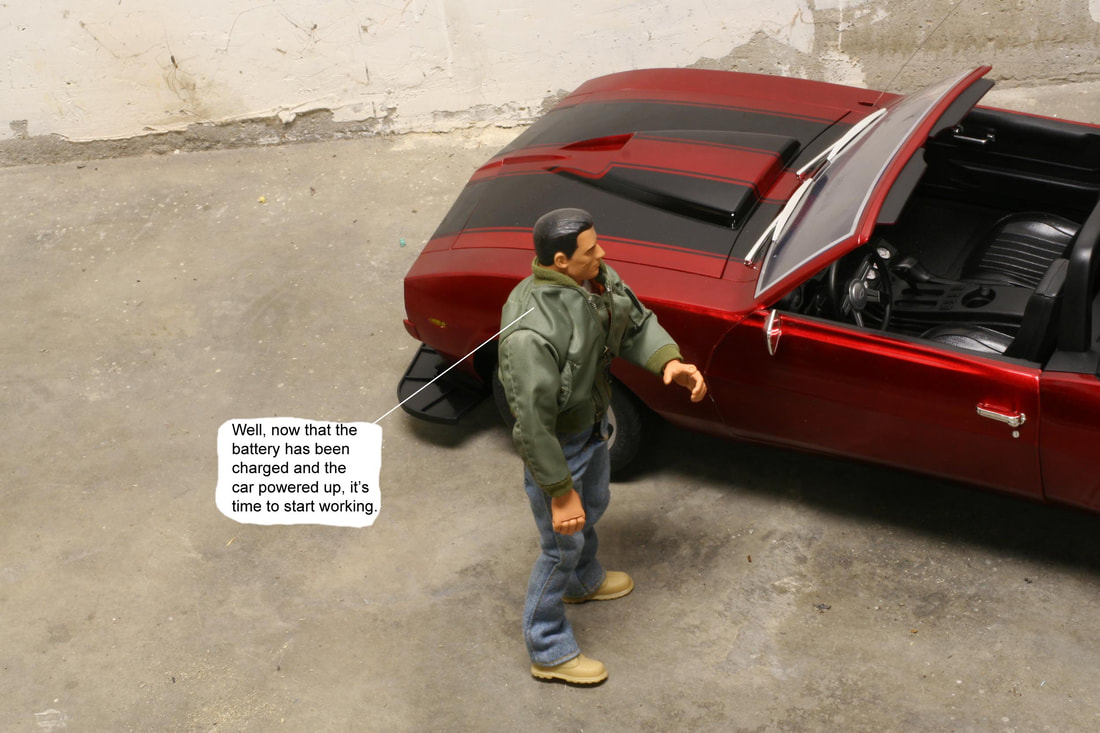 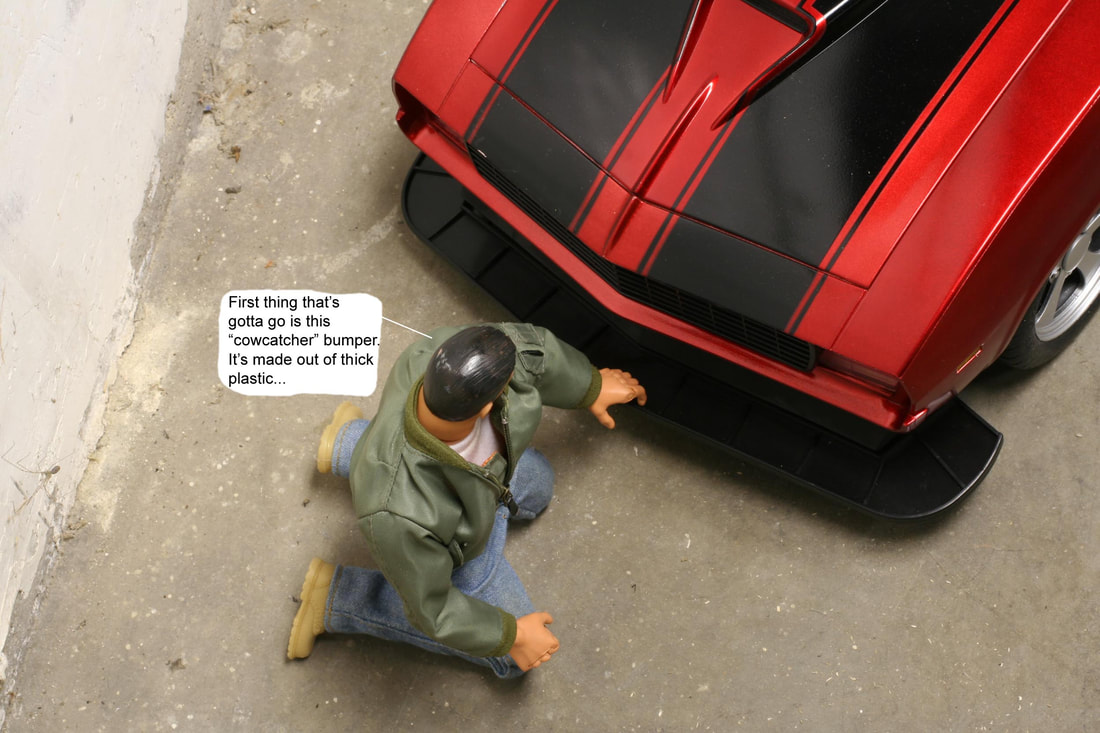 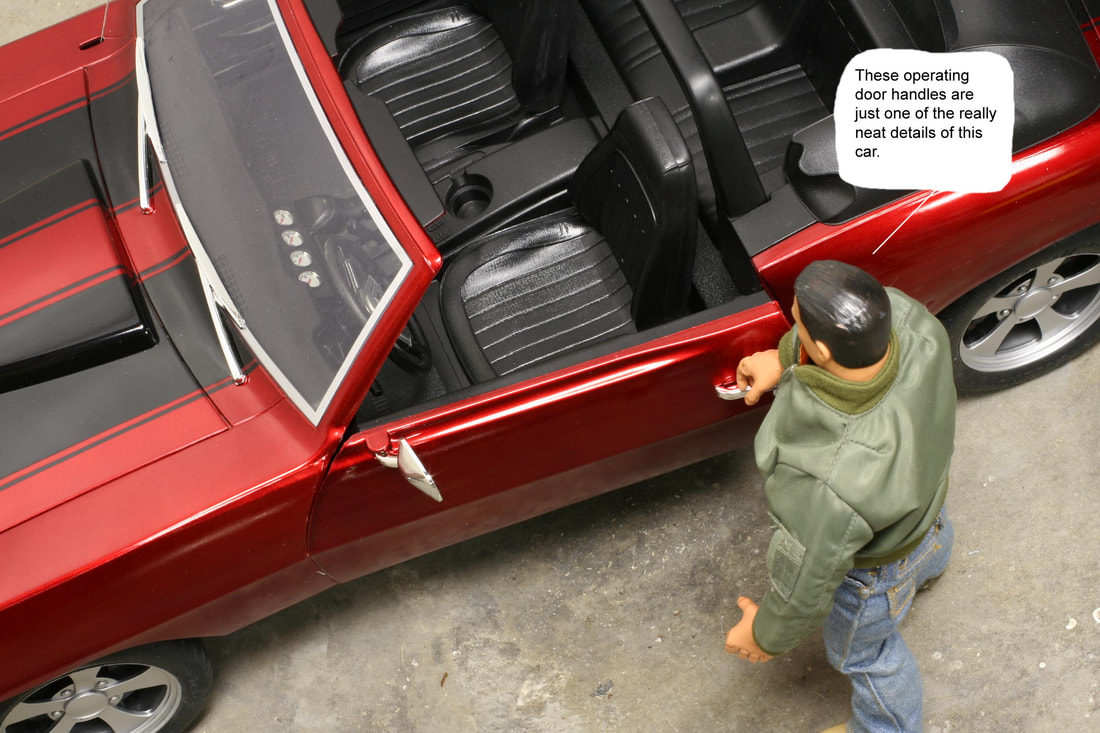 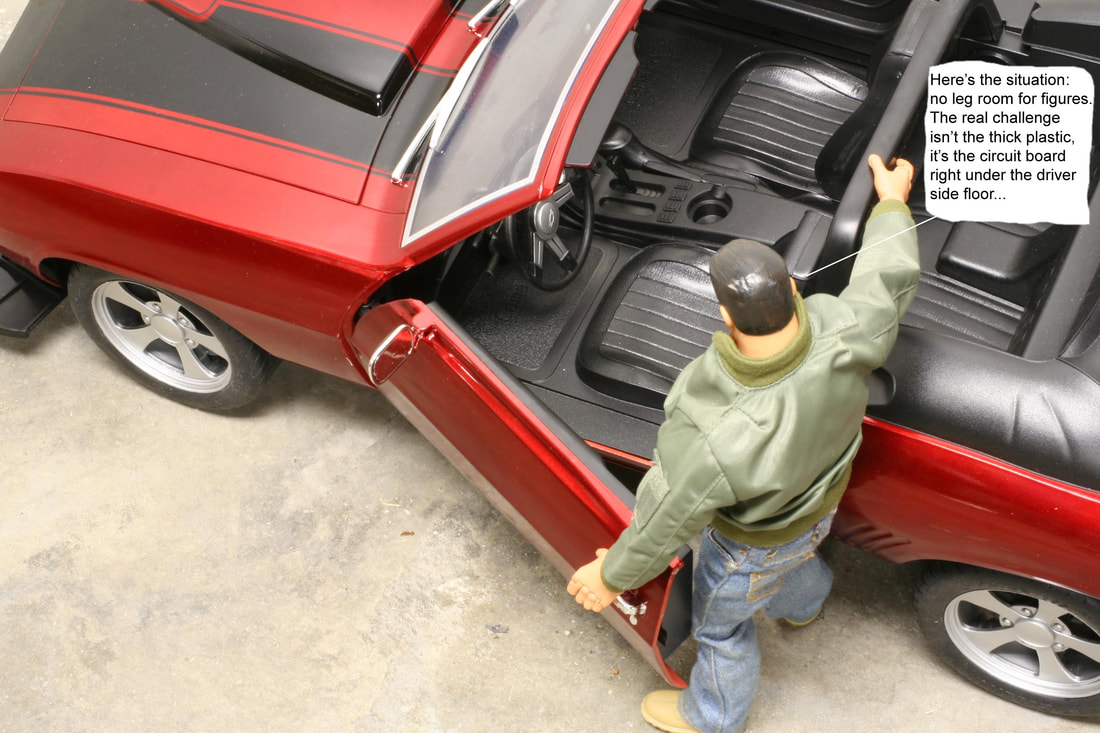 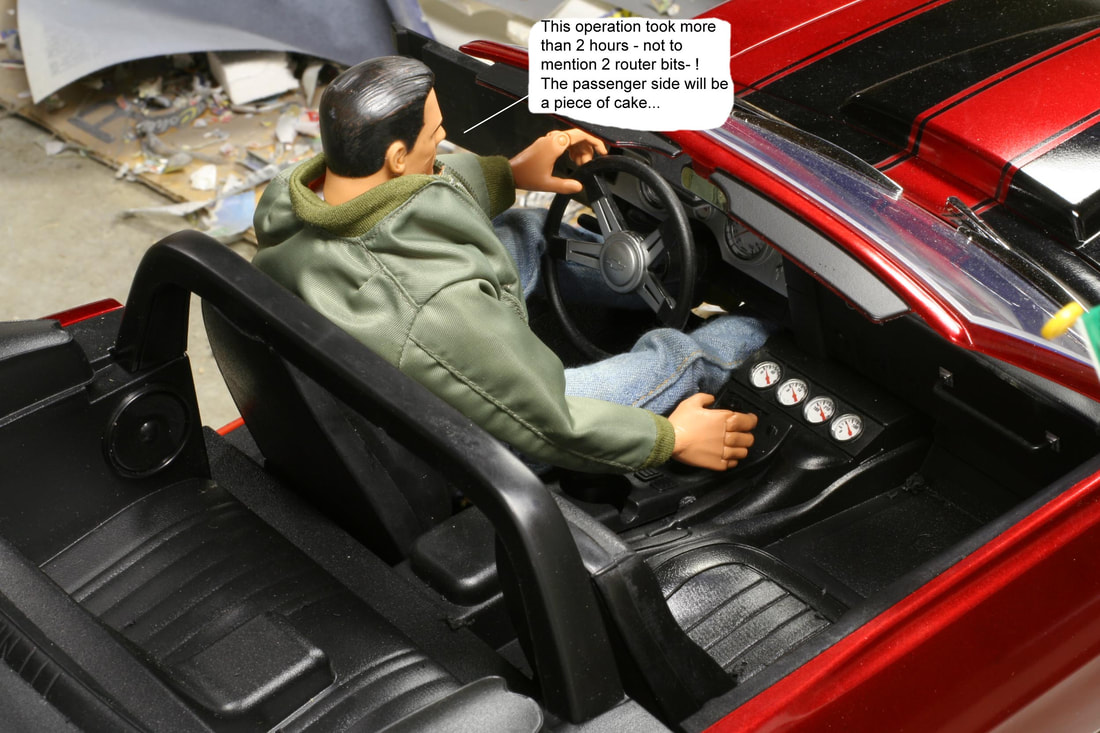 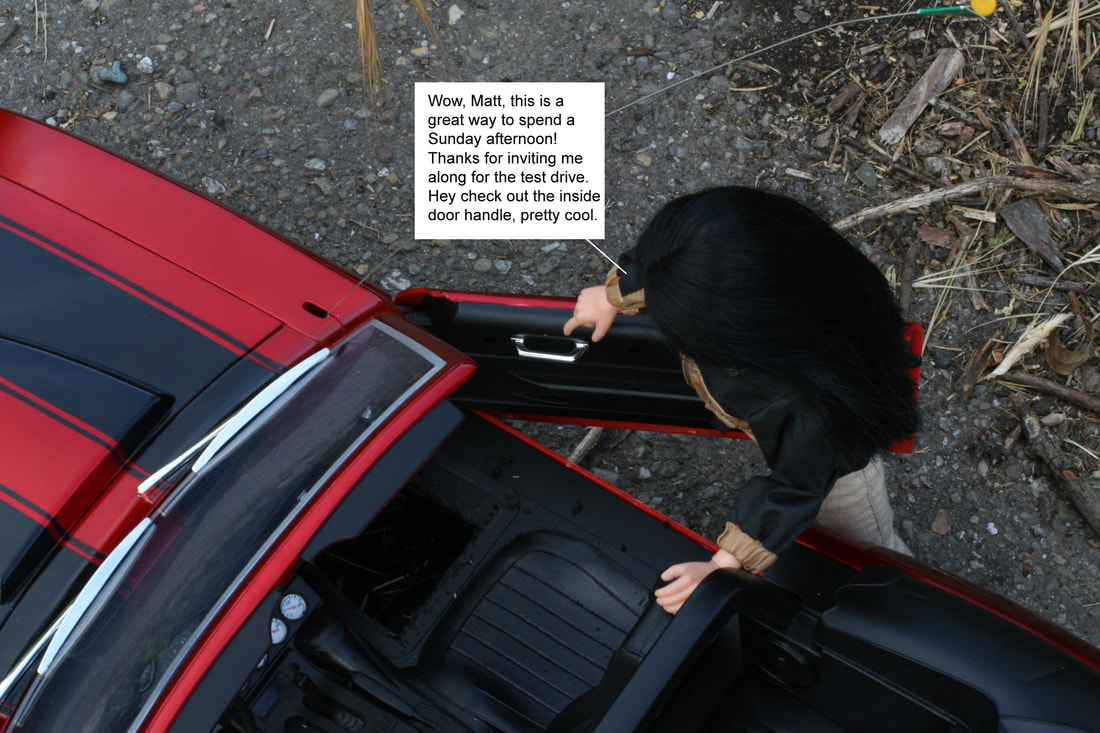 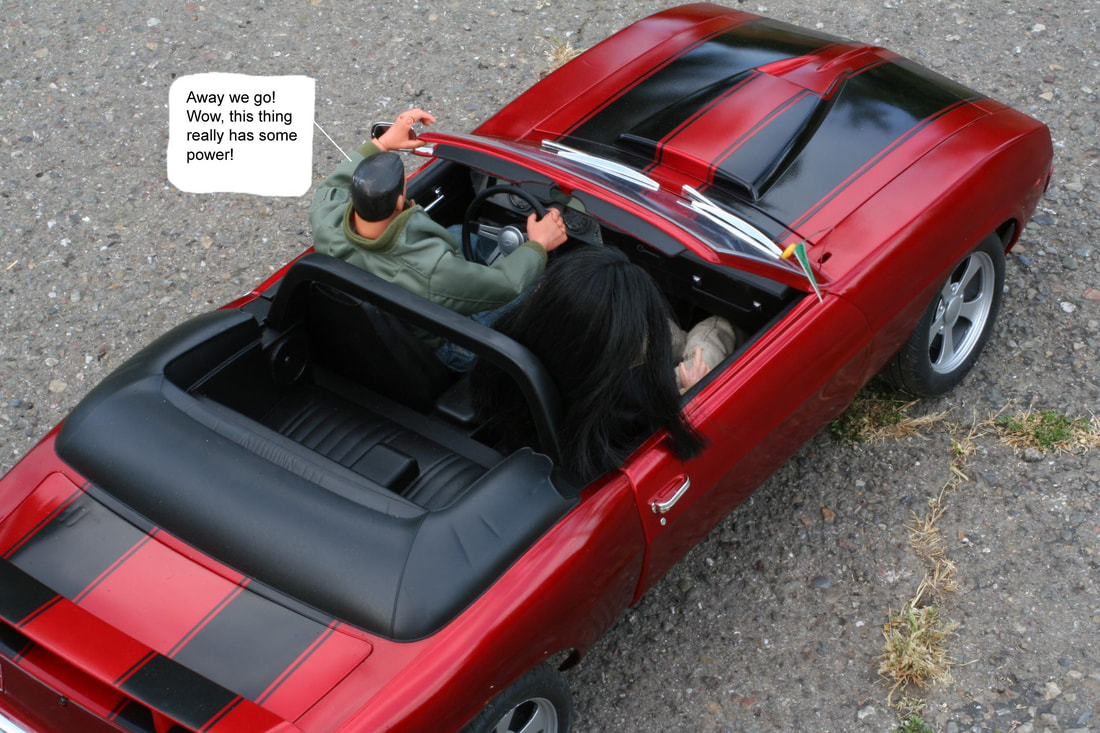 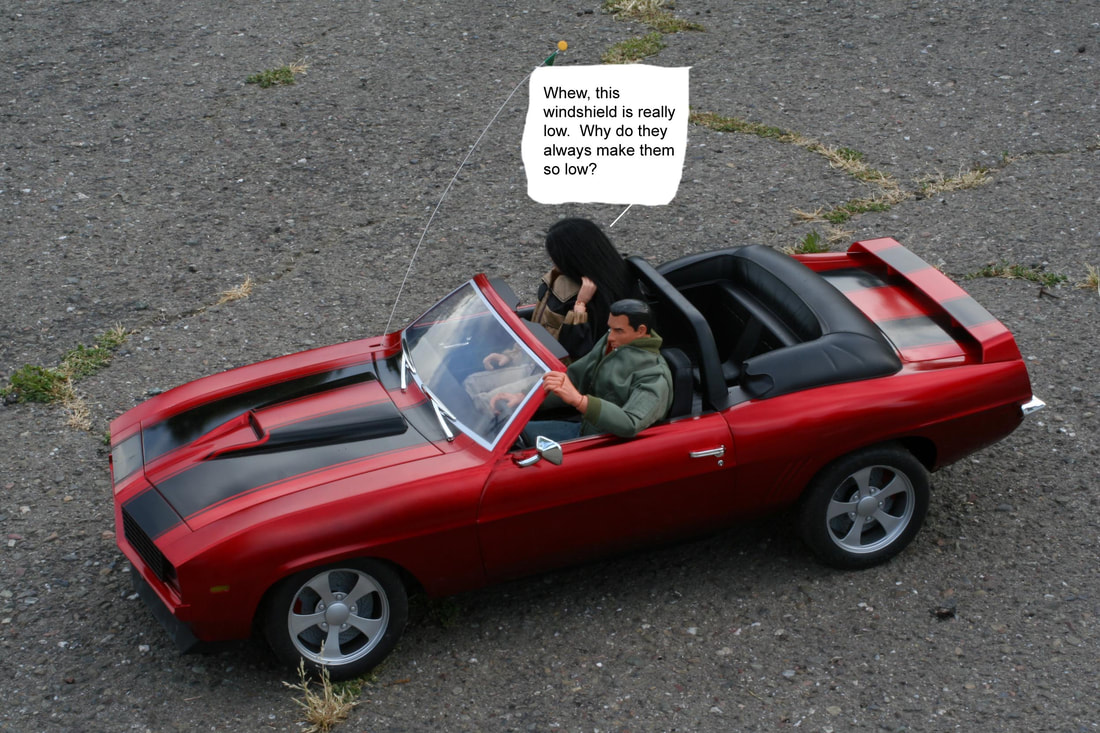 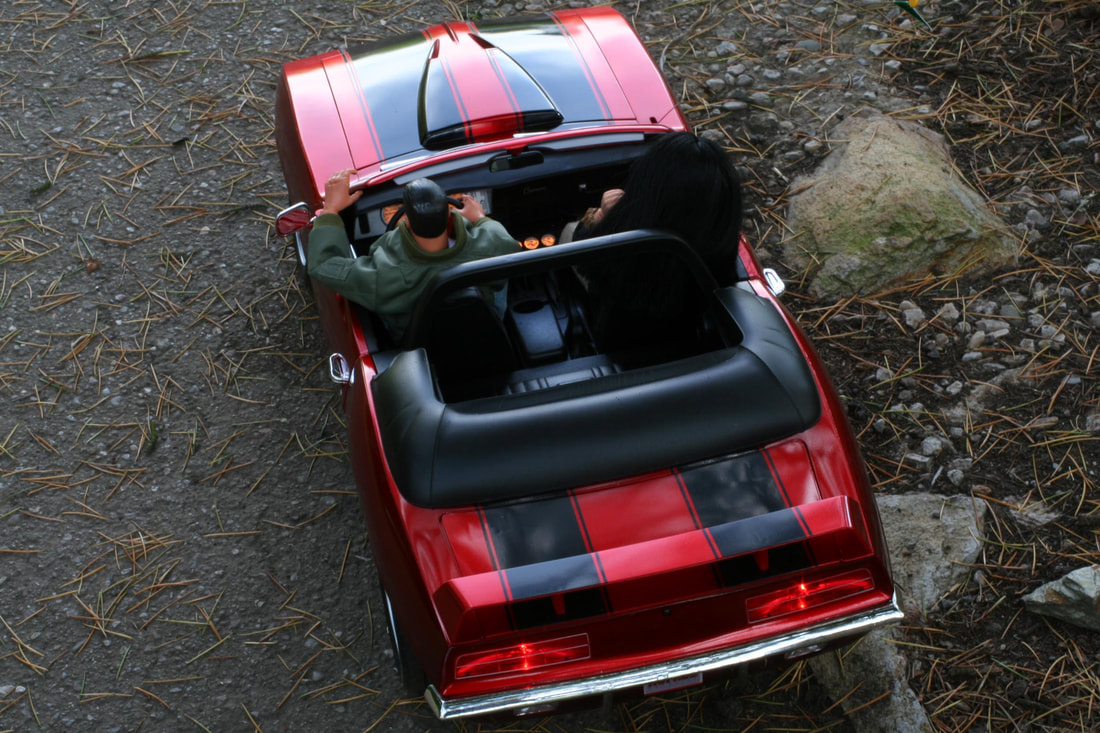 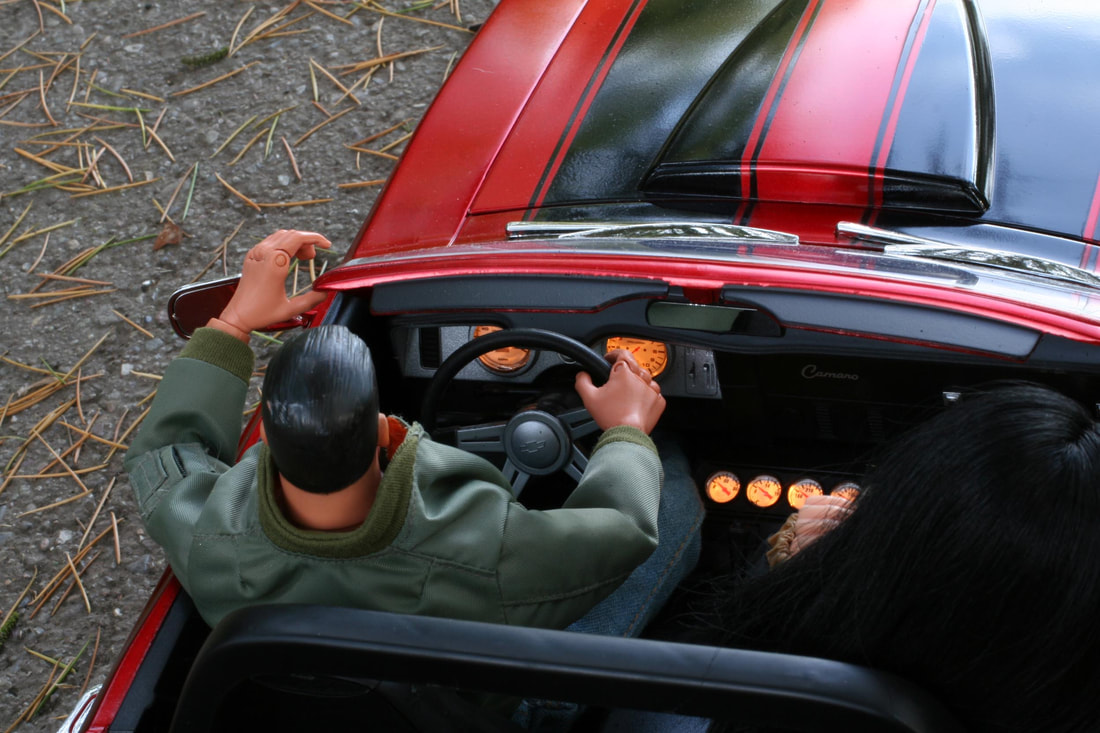 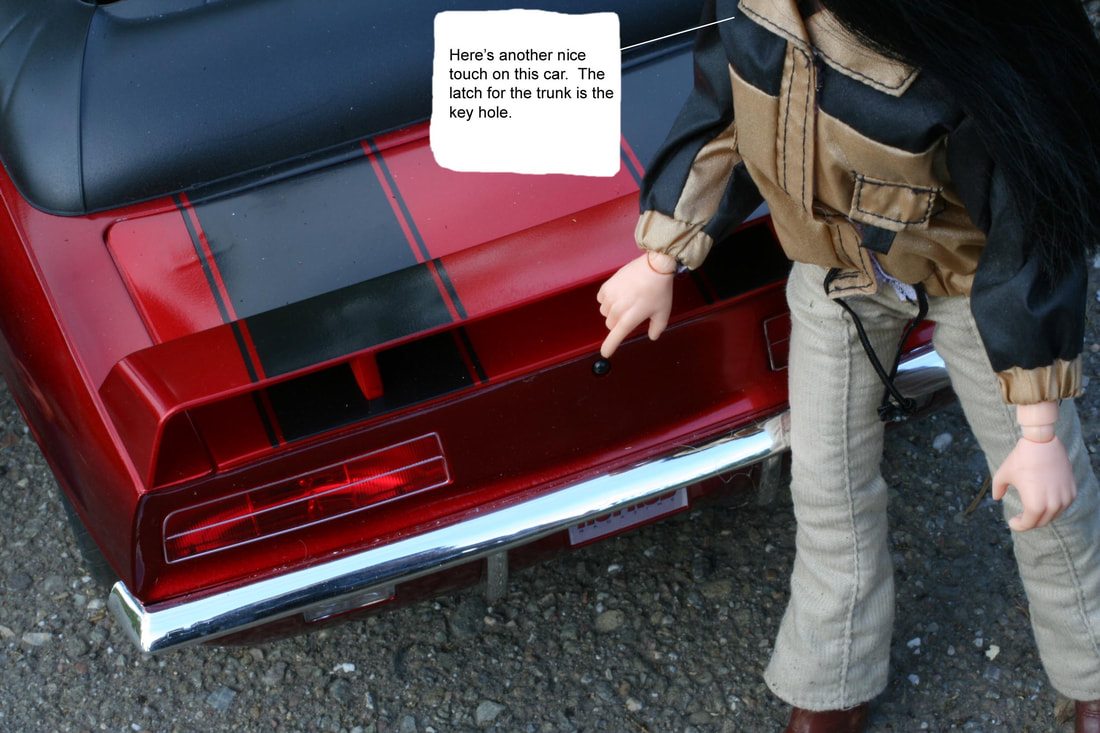 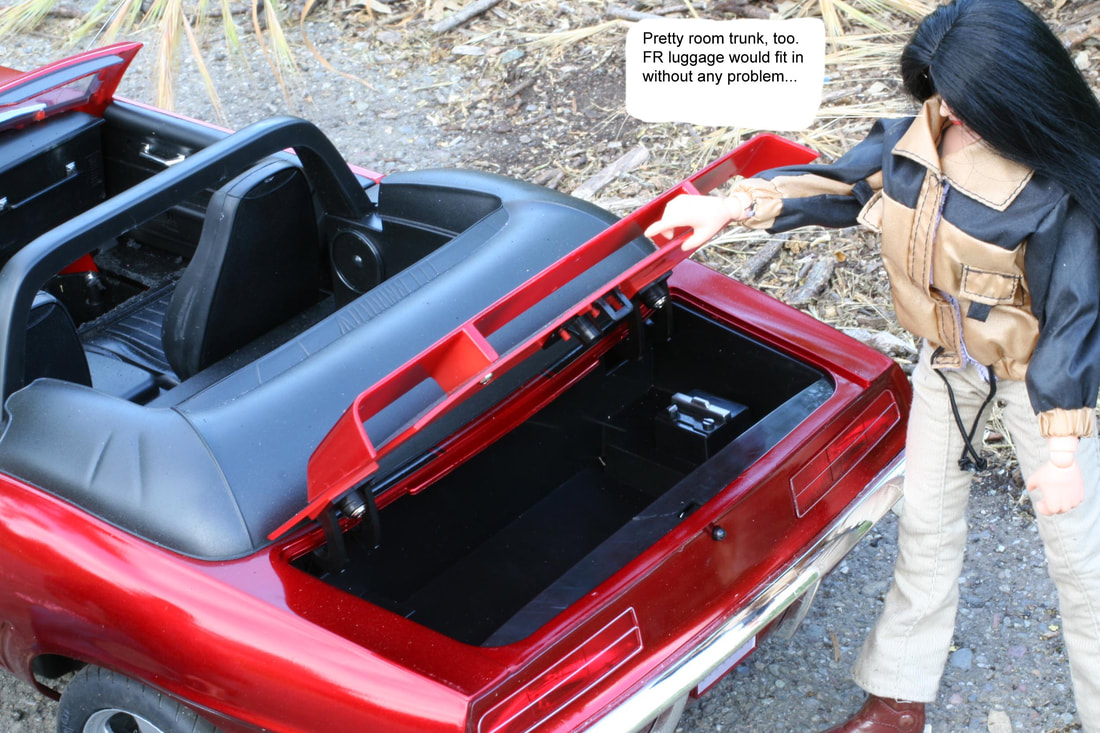 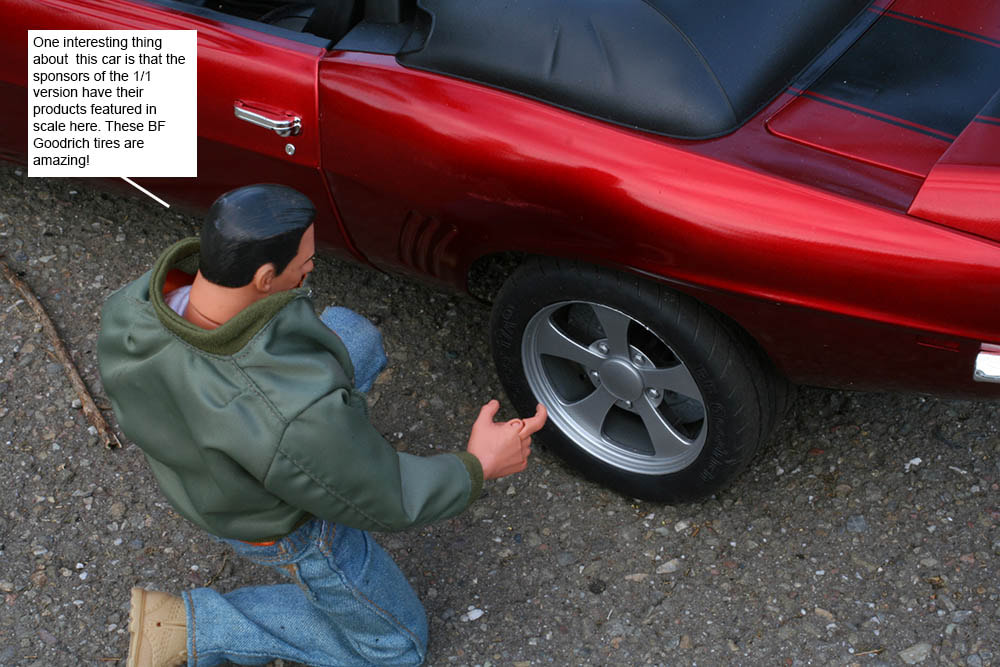 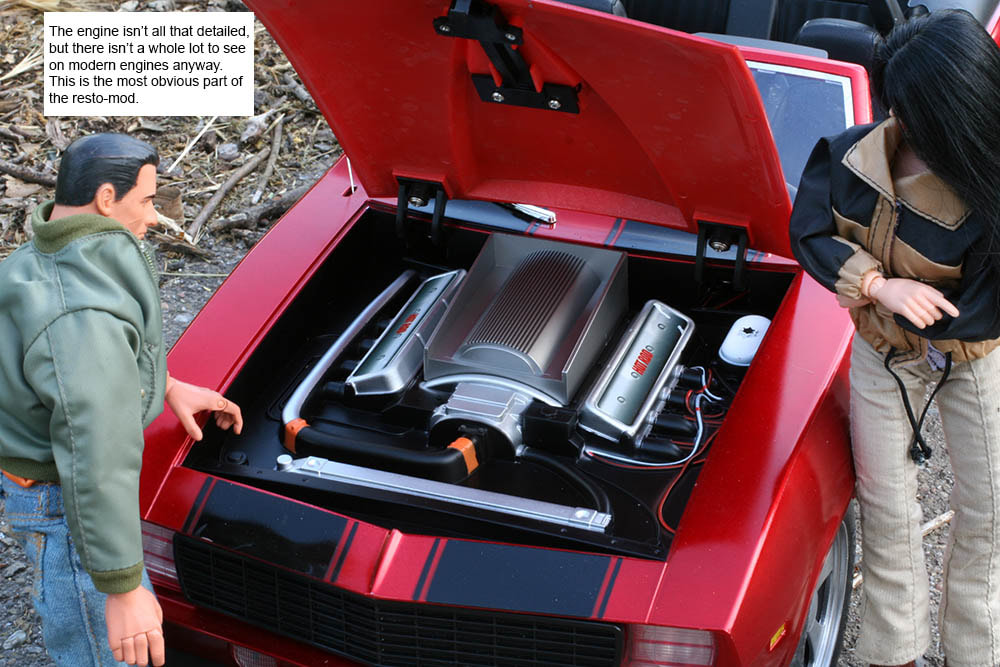 Here you can see that when the head lights are turned on, the covers slide inboard, out of the way just as they do on the real ones: 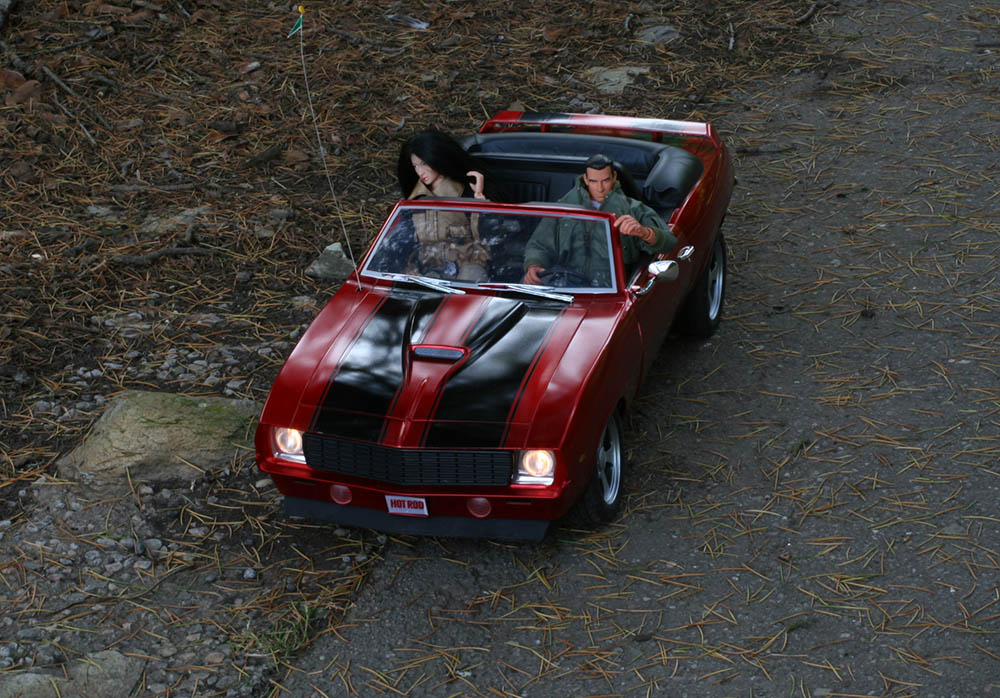 I've never really been a fan of hoods with huge bulges or air scoops. I realize on the 1/1 car this scoop was probably for an intercooler for some sort of forced induction system (if you look at the photo of the engine you can see the intake plumbing goes down to the right hand exhaust manifold- I'm not sure because I never read the articles about the actual build). At one time I thought I would modify the hood to eliminate it, but now I'm not sure I would. Here's another look at the hood: 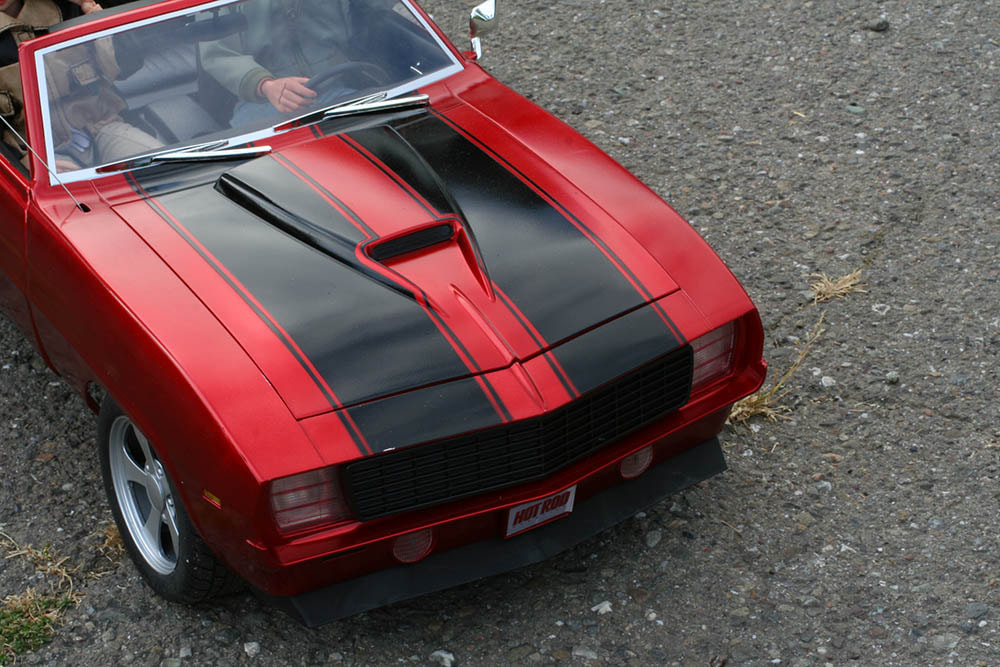 I guess it's kind of grown on me... Looking at these photos again, I realize a bigger issue is the low windshield. Actually, the windshield isn't the problem, it's the high seating. This is actually a good thing because I can deal with the seats a lot more easily than the windshield.

Overall, I'm happy I was able to get one of these cars. It would have been cool if someone had made a scale Mustang or Mopar to go up against it! 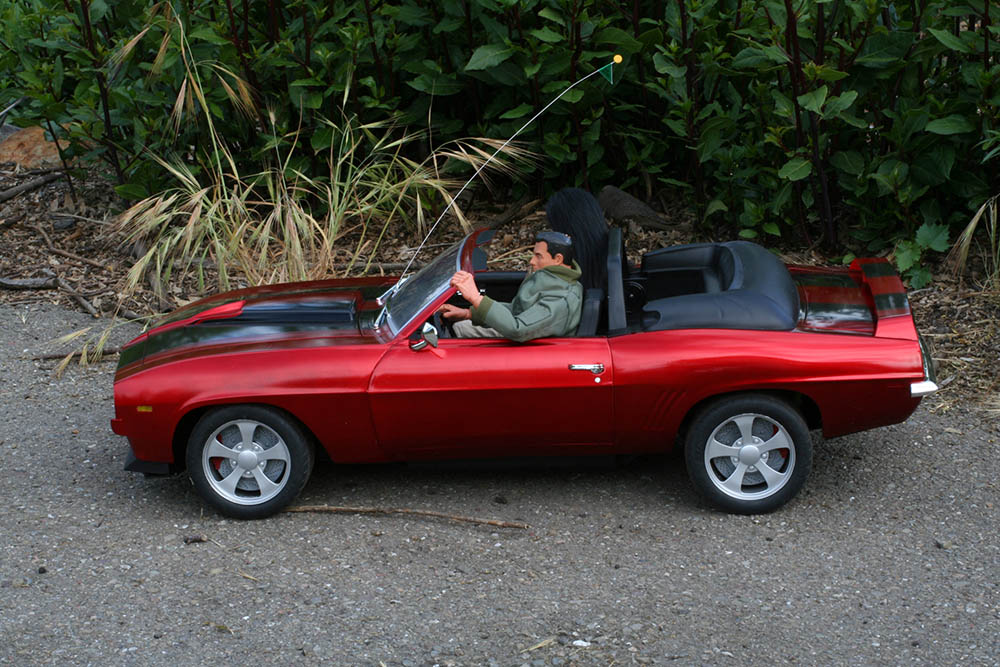