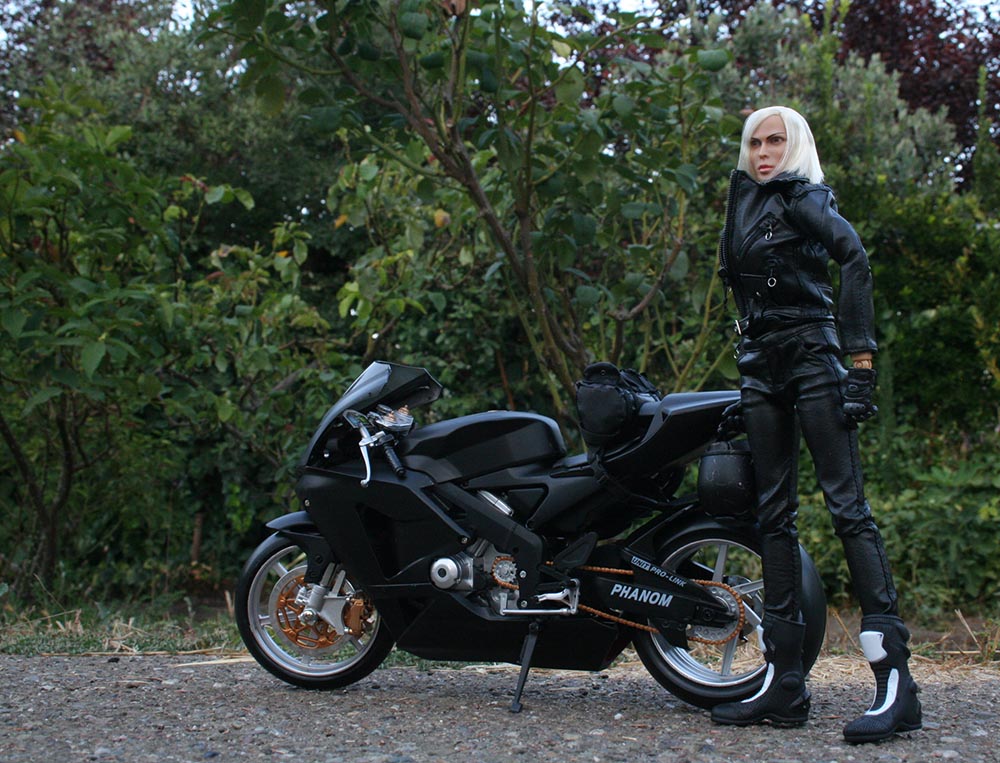 Yes, this is the Motor Pool section, Motorcycles specifically, and figure reviews normally go elsewhere. I decided to introduce my ZC Girl Roseanna here. Whereas other companies have made motorcycle themed sets, ZC Girl made Roseanna and included the motorcycle in the set. While they were at it, they kicked the whole "biker" theme up a few rungs. This was in 2007!

I won't do a full review of the ZC Girl body here, I'll just mention that Roseanna has ZC's moveable eye design, and mine is using the "short torso" that allows for chest and waist articulation. I can't remember if a long torso was included, but it really wouldn't work for a rider as it eliminates waist and chest articulation. 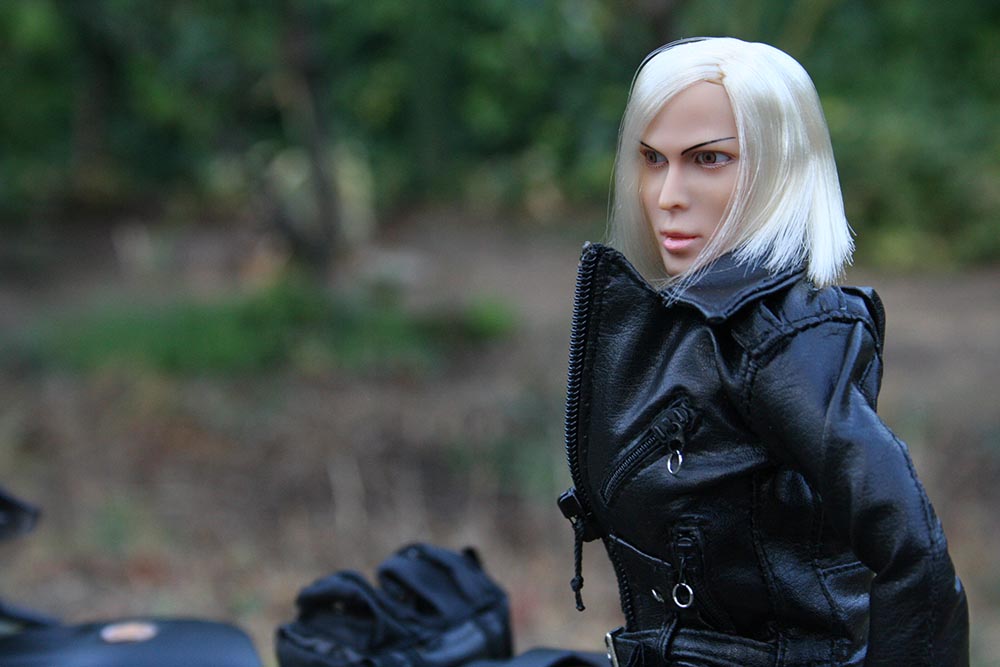 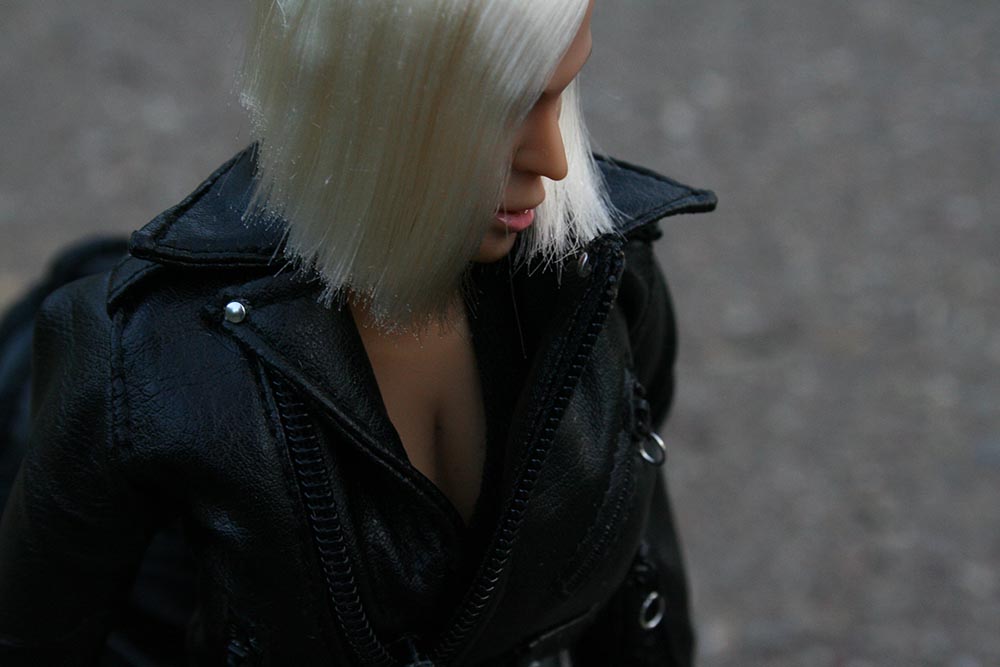 Not a beauty perhaps, but keeping in her character as a bad a$$ biker. Roseanna was equipped with a compact machine gun that fits in her bag, as well as a length of chain.

Aside from the bike, the other stand-out pieces are her biker outfit. The jacket in particular is really nice, and now, over 10 years later still compares well with the best ones on the market. Not only that, there are no signs of deterioration that plagues so many clothing items made from similar material. 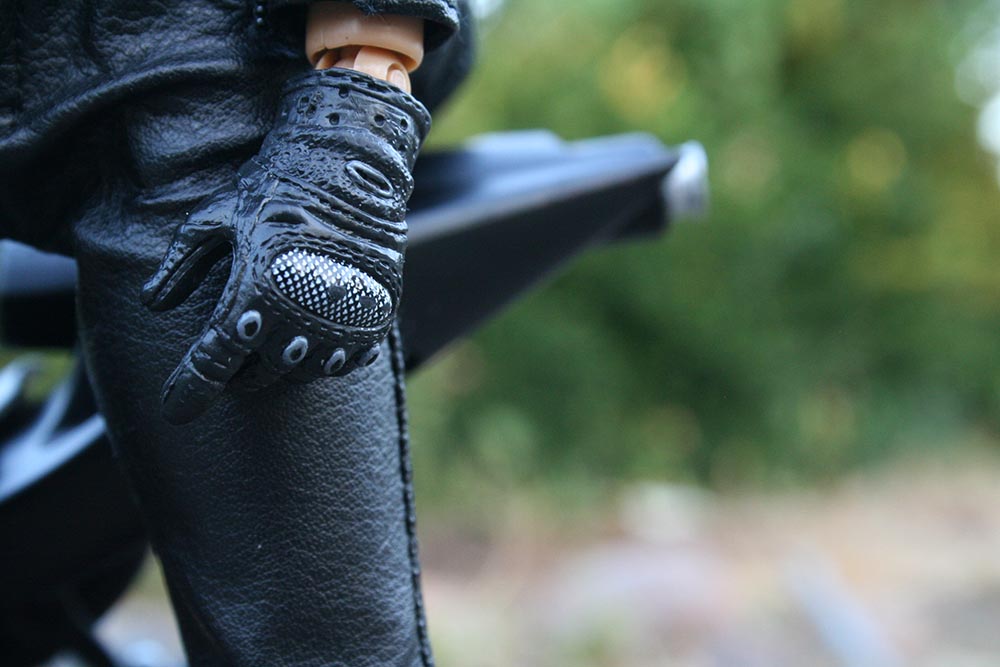 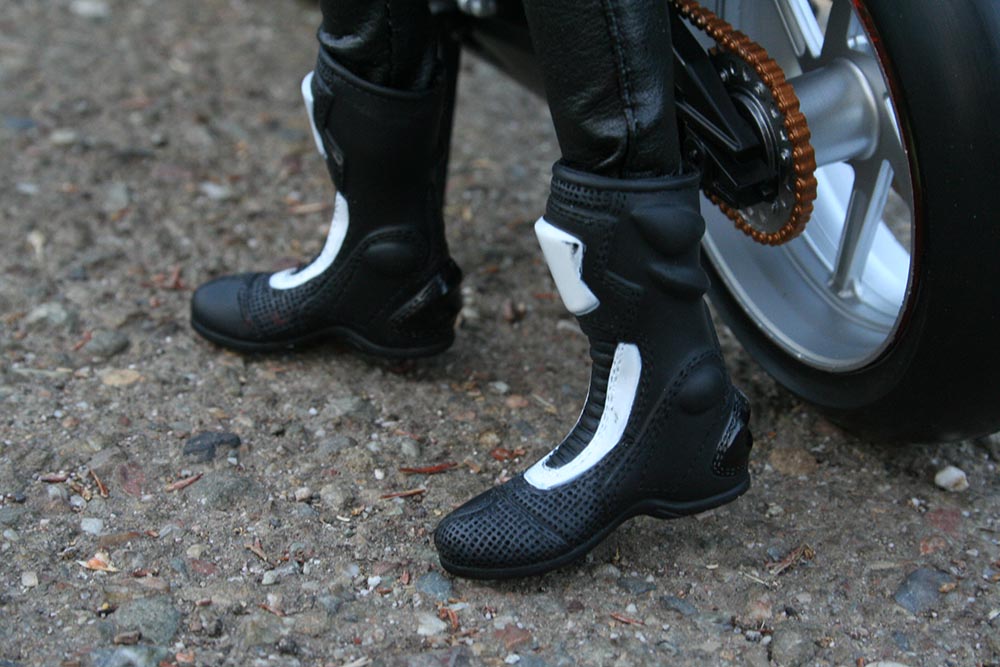 This was the first female figure, and as far as I know the first of any figure, to actually have biker gloves and boots. I know the boots were used in a different color scheme for another figure; it's probably a safe bet the gloves were as well. Up until this point all we had were fashion boots for our female bikers.  As much as I like that look, and still use them for some of my characters, it's nice to know that the real item exists. 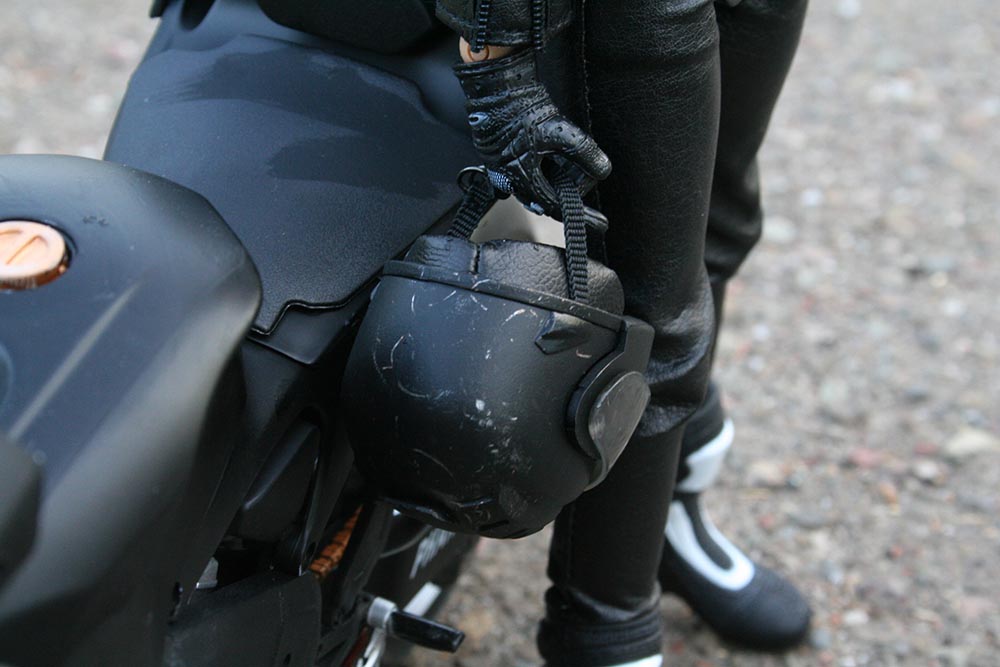 Motorcycle helmets had been done before, but I like the weathered look Roseanna's has. This woman rides a lot; her equipment shows hard use. 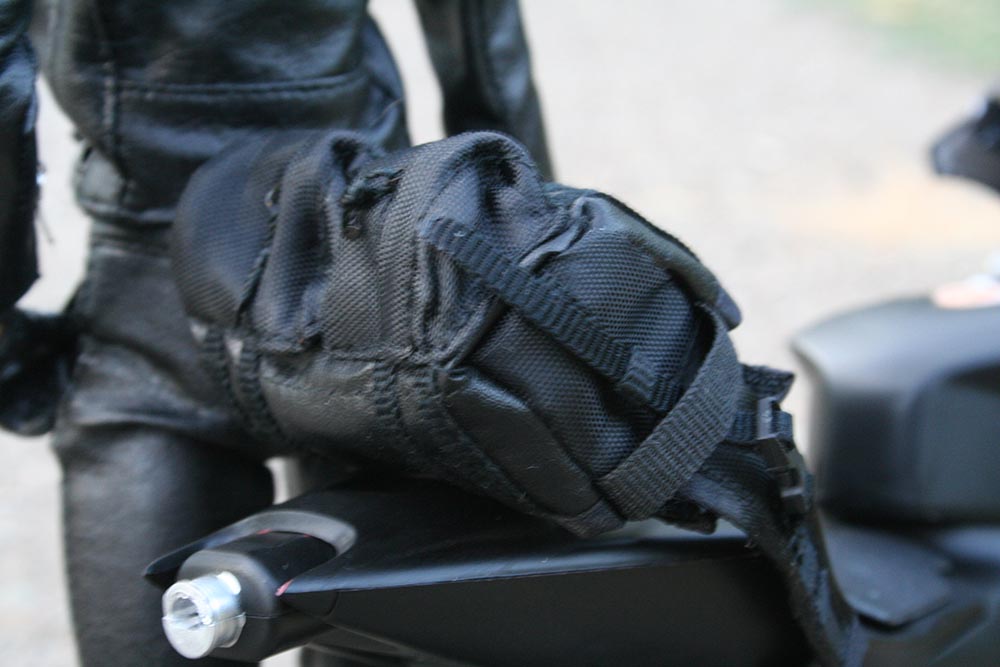 I don't know that her bag is a dedicated piece of cycle gear, but it works well with the overall look of the figure. It holds her machine gun and chain, and has room for other items she may need to carry. 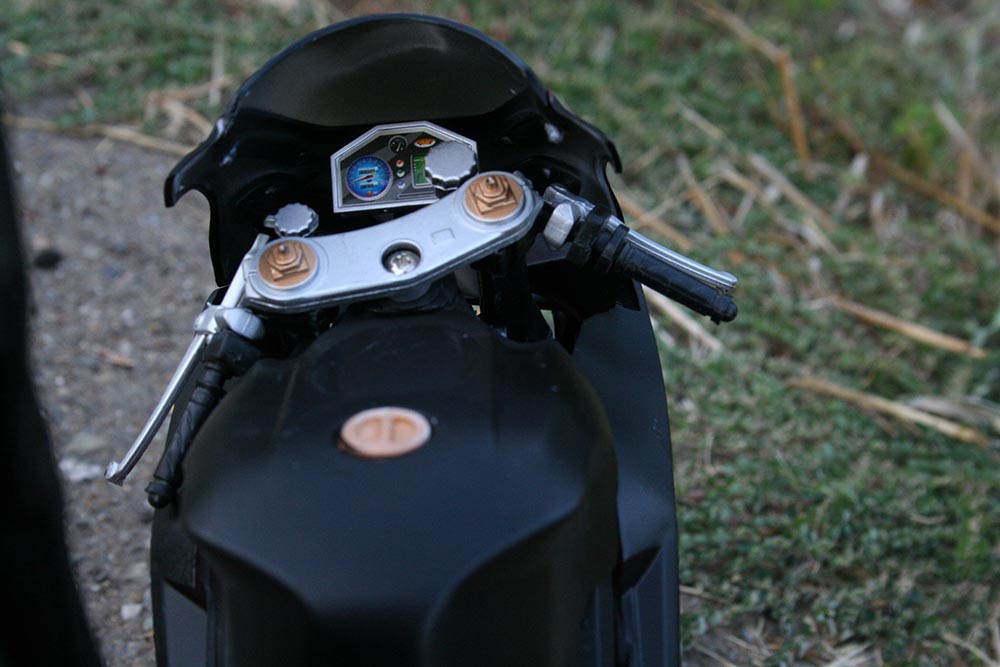 And now for the bike... It's not a New Ray; it lacks their detail and it's an all plastic item. It feels very light compared to the mostly die-cast metal of the New Ray line. Many criticized it at the time for its simplicity and lack of detail. It lacks mirrors and turn signals, which makes me think it may have been marketed as a race bike before being pressed into service as an accessory in this set. More investigative sorts have stripped away its black paint to reveal that it's actually cast in red.

Frankly, none of this has ever been of any concern to me. Twelve years after coming to market, I'm still enjoying this figure set. I think that's far more important. Sure, I would always love detail, but I remember being happy with the price/content ratio. Bottom line: the bike works for the character.

Time to head on out! 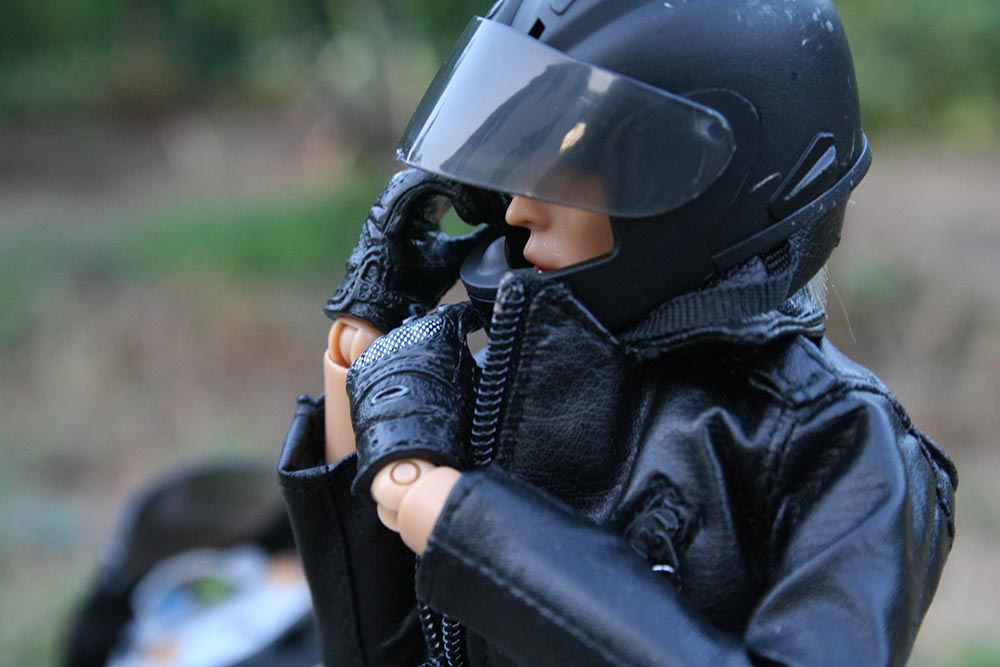 Yes, this is a jointed body.  Somewhere in this time frame a company called Tiger Brothers was marketing a "seamless" body with a plastic skeleton, and thick silicone skin- but that's another story. When she's geared up, I think she's convincing figure. 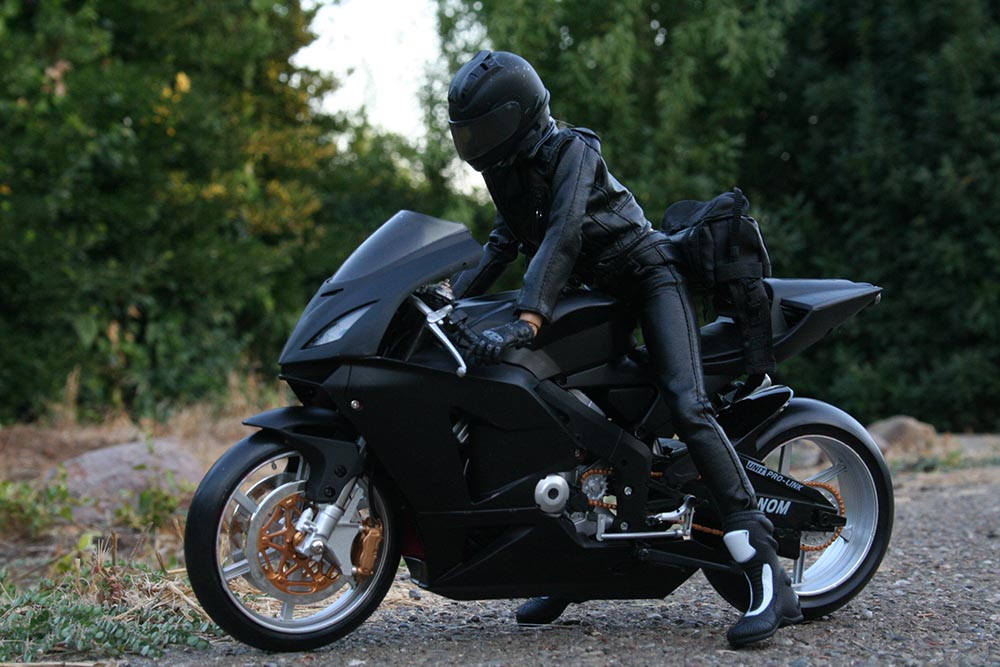 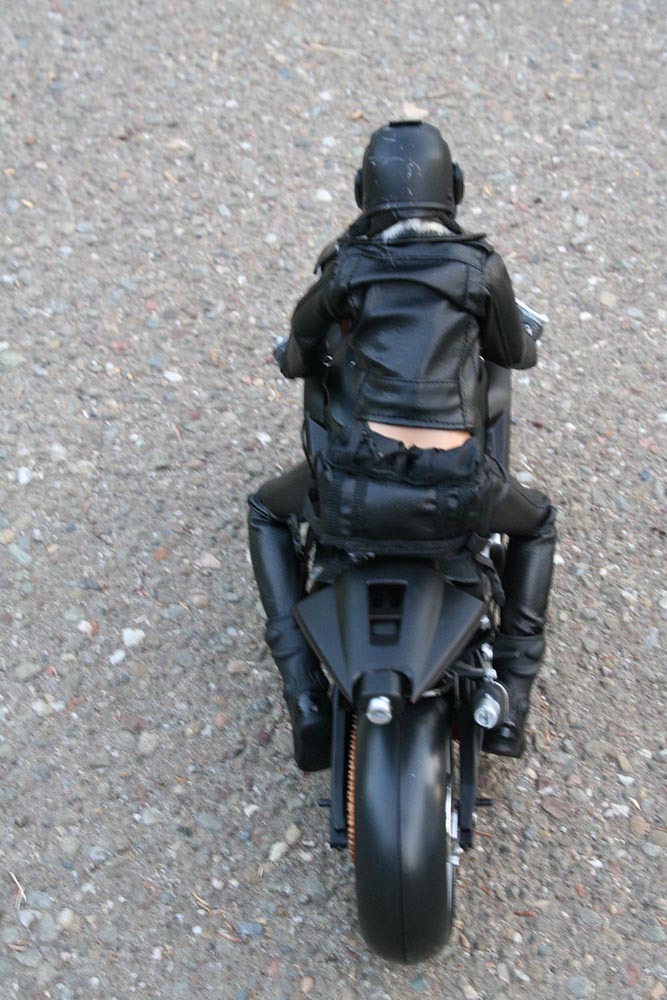 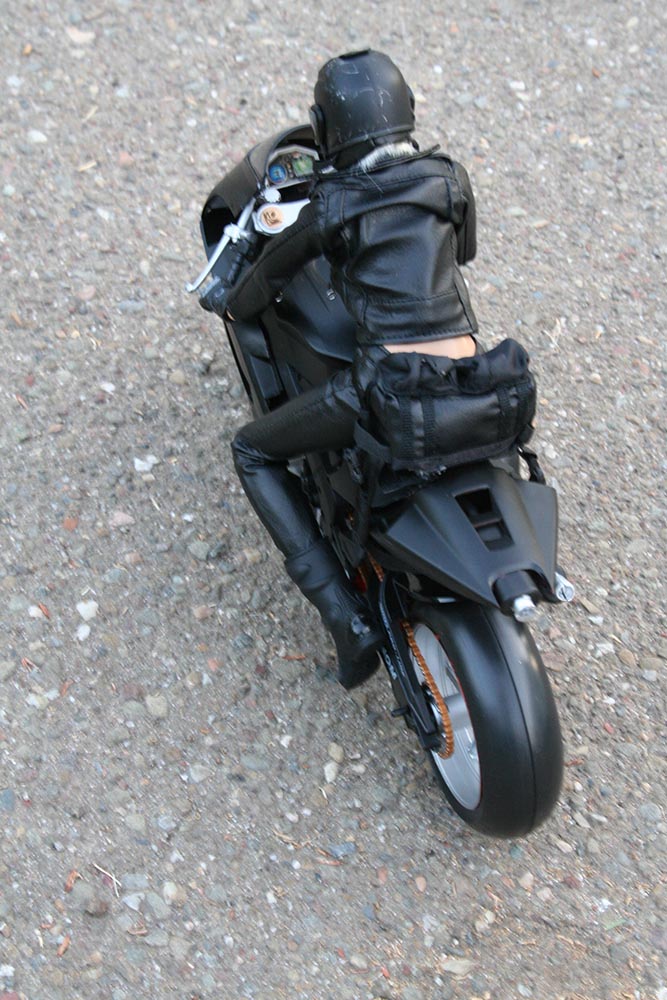 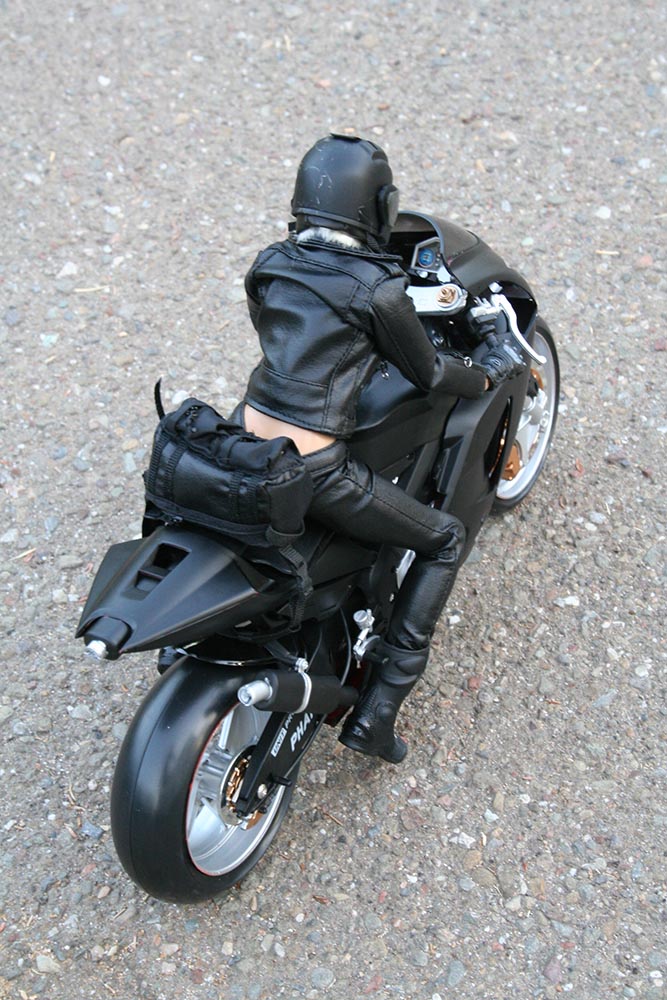 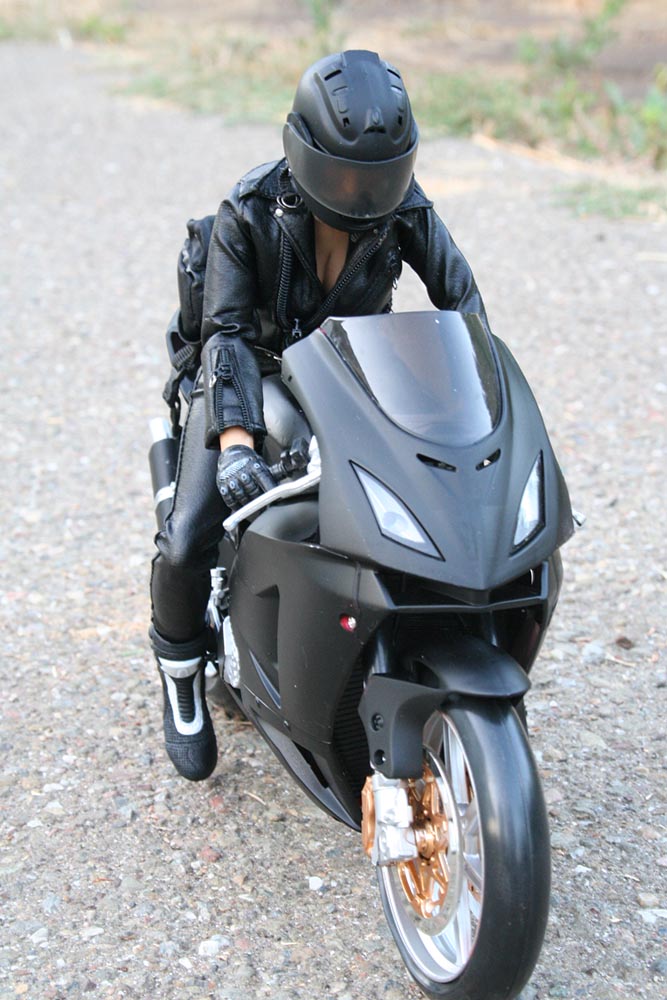 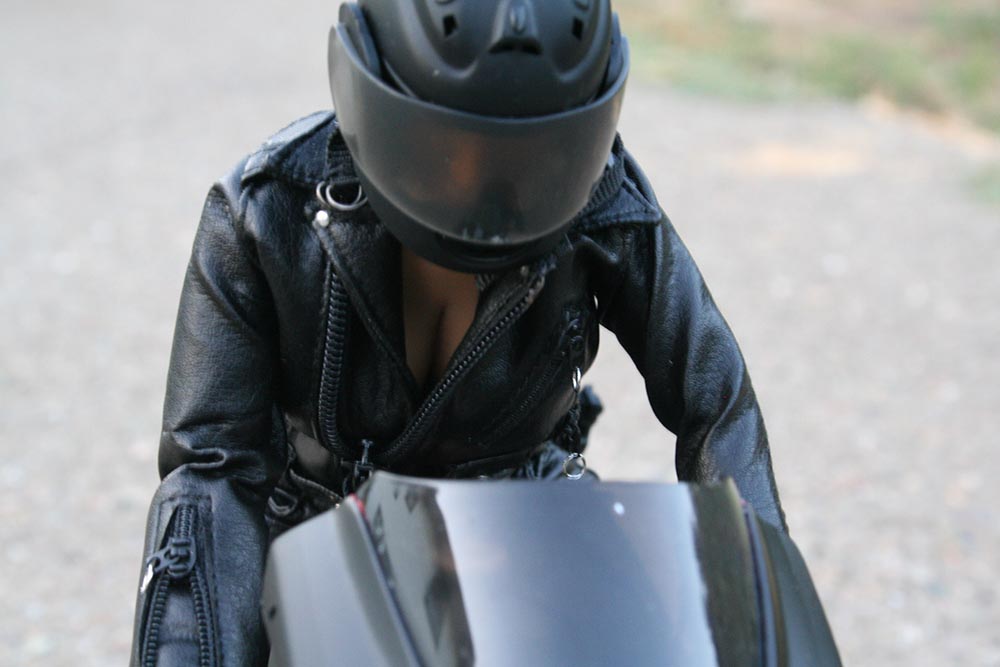 I need to update my photos of her. For some reason I never photographed the rest of her accessories. Here are some of the promotional photos until I get a chance to update with my own. 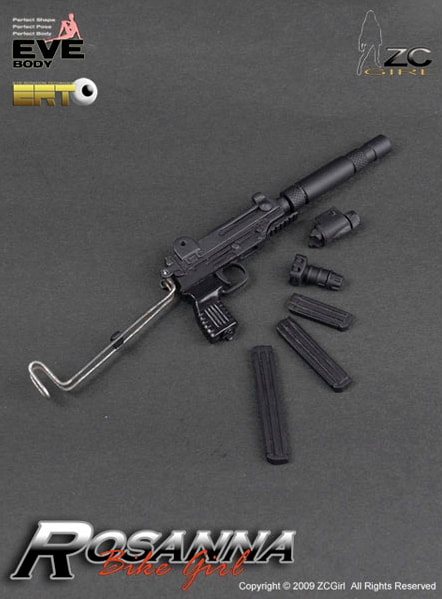 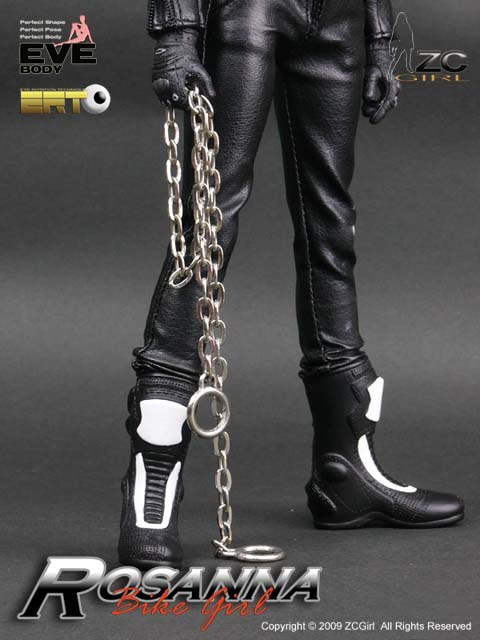 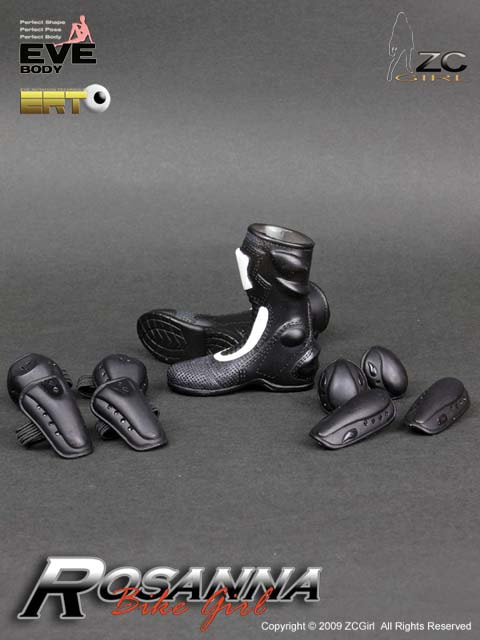 One of the reasons I think this figure has stood the test of time so well, is that no one has marketed a complete biker figure, let alone a female one. She's still rather unique, and of good enough quality to be relevant today. She appears in character in the Saga here: https://www.onesixthsagas.com/book-ten-ch-1-pg-1.html