In 2015 Very Cool Toys introduced their Female Shooter series. These were figure sets that used their new female body (incorporating a flexible torso and upper body covered in soft rubber), high quality head sculpts with nicely rooted hair. The uniforms were of their own design, and the equipment was sourced from other companies. They were not the heavily loaded down military figures from companies such as DAM or Soldier Story; the idea was a figure that could be used as-is or optioned out with spare parts.  They were never intended to depict actual military units, but their clothing always used realistic camouflage patterns tailored to their own designs. Very Cool always used their outstanding female boots with these figures, updating the designs over the years.  Lightly equipped and lightly priced, they quickly became some of my favorite figures.

Very Cool has changed their focus somewhat, and has moved to fully equipped female military figures. Gone is the fantasy, replaced with accurate military uniforms, and lots of equipment, and much higher prices. They're basically providing DAM and Soldier Story type female soldiers. Not a bad thing by any means, but the prices have gone up drastically with the change.

These renders use a 3D character, "Cara" that closely resembles "Villa", one of the Very Cool snipers (who closely resembles a celebrity). Villa is outfitted differently from Cara, but she too is a light, fast, sniper. I see Cara as a tribute to one of my favorite series of female action figures. There are reviews of Very Cool female shooters in the Vignettes section, and Villa is reviewed here: Villa 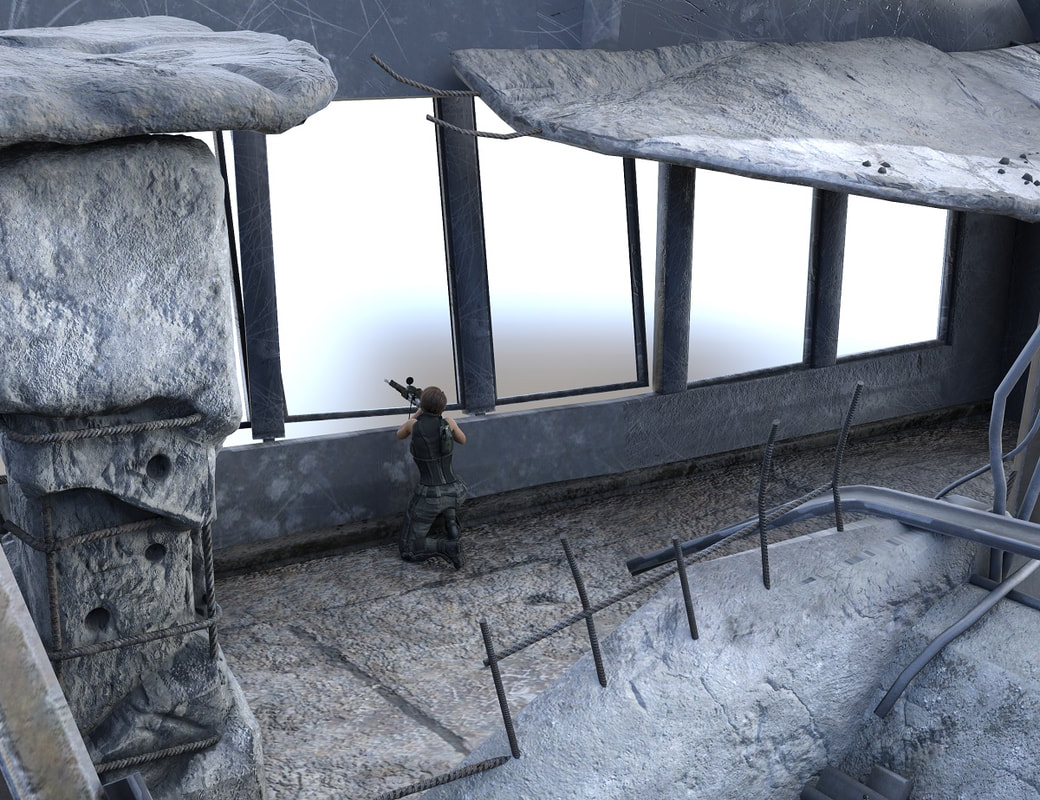 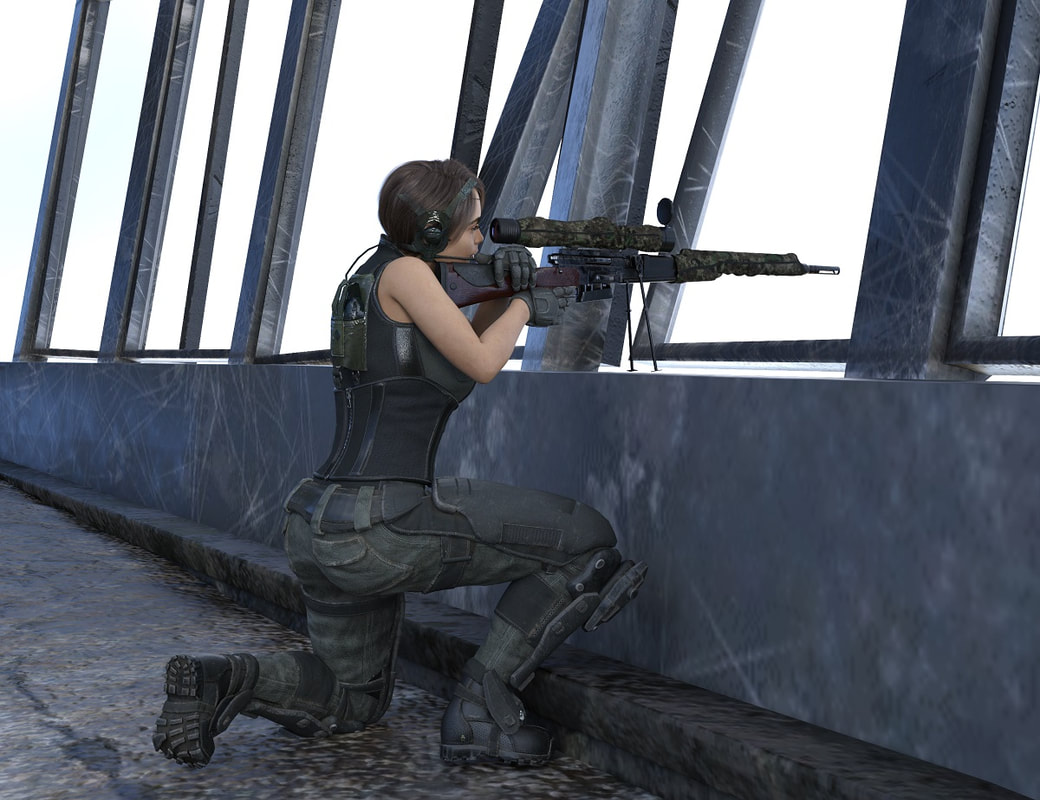 Cara makes her way down from her sniper position. As cool as this sniper rifle is, it doesn't have a sling or any convenient way for her to carry it while she uses another weapon. It just seemed a bit cumbersome to use in a close quarter setting and since I don't know how to actually make anything in 3D yet, here she is without the rifle as she uses her secondary weapon to make her way downstairs and out the building. 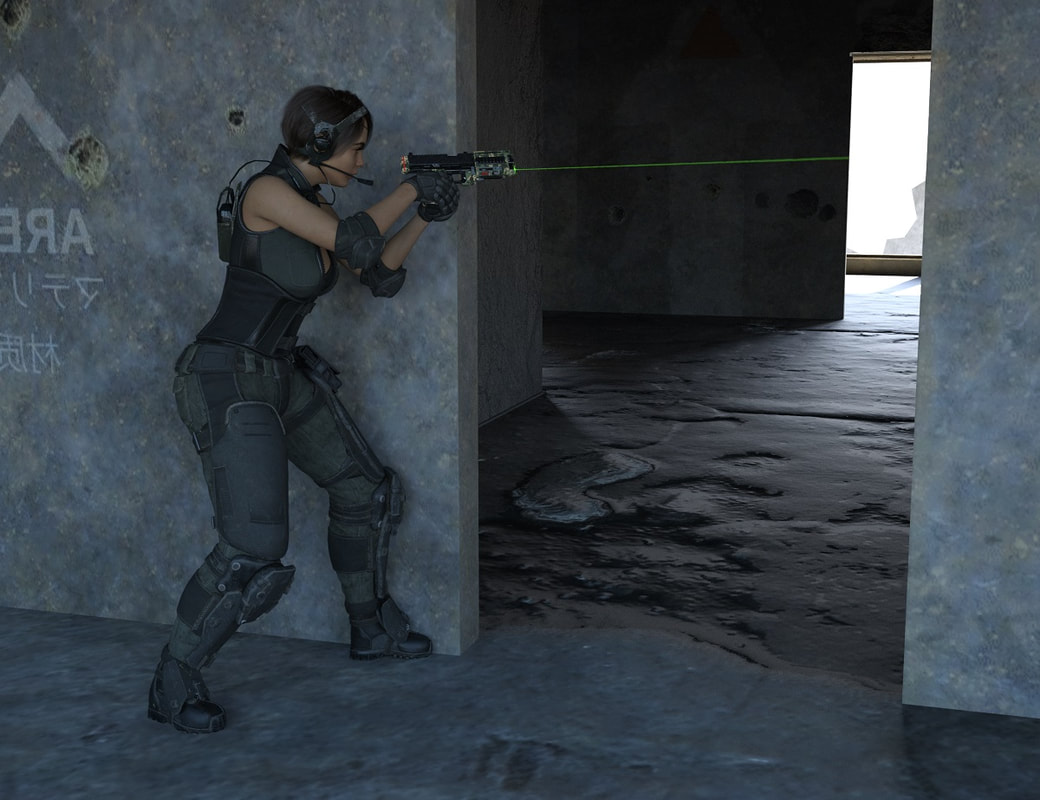