Why does The Little Black Dress get all the attention? Not that it isn't really cool and all, but The Little Red Dress is here to claim some fame as well!

This particular example is made by Fire Girl (FG060B), and includes a red thong and black fishnet stockings. The dress and thong were rinsed before use, and quite a bit of dye came out on the first rinse. By the third rinse, very little dye was in the rinse water. I didn't rinse the fishnet stockings, but experience has shown this material is a chronic source of dye stains. I do have a couple sets of non-staining stockings, but other figures are using them right now. I decided to do the shoot without stockings.

Fire Girl makes at least two other versions of this set: black, and leopard print.

The model is my trusty TBLeague S10D with a Phicen V4.0 head (can't remember the name).
First a few photos of the thong. I like the way this fit the S10D, but it might be a bit loose on less curvy bodies. 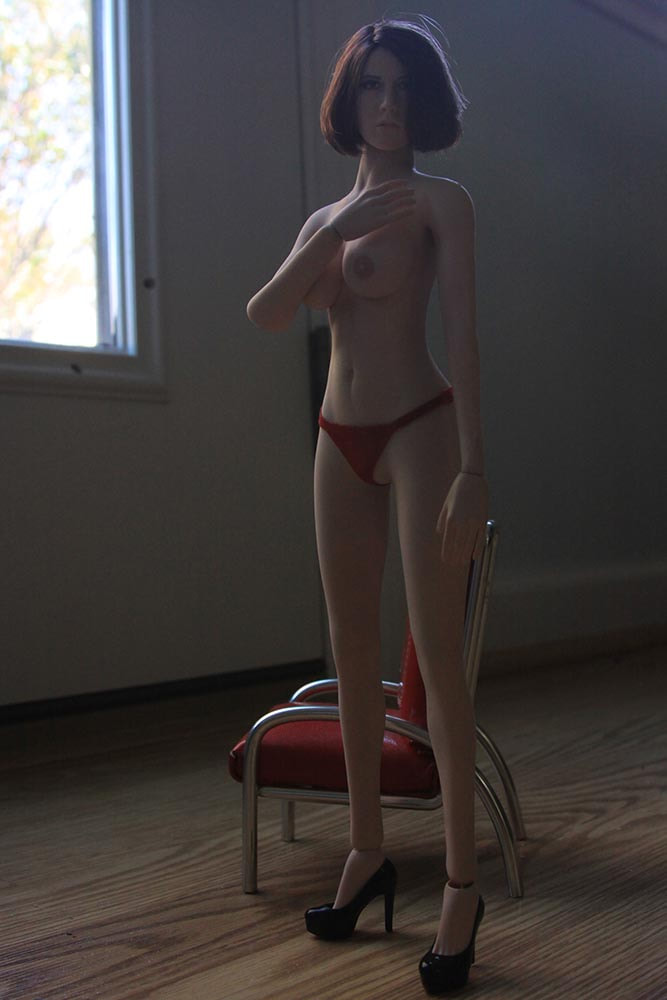 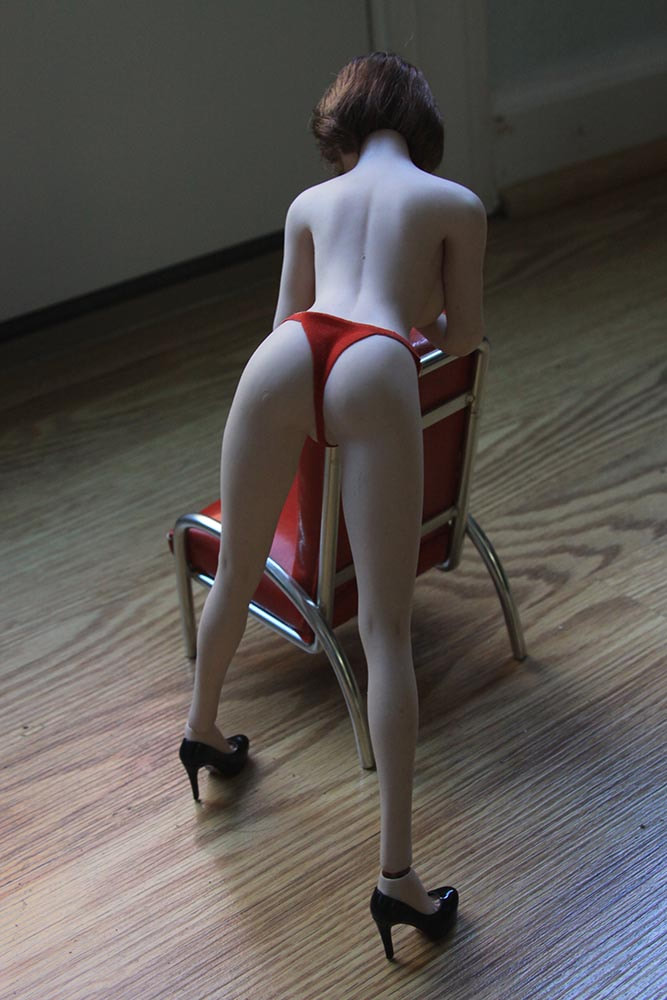 The dress is made of really stretchy fabric; it's basically transparent. I suspect Fire Girl used this body as a template for the dress. It went on reasonably easily without any concern that it would get damaged or damage the body. 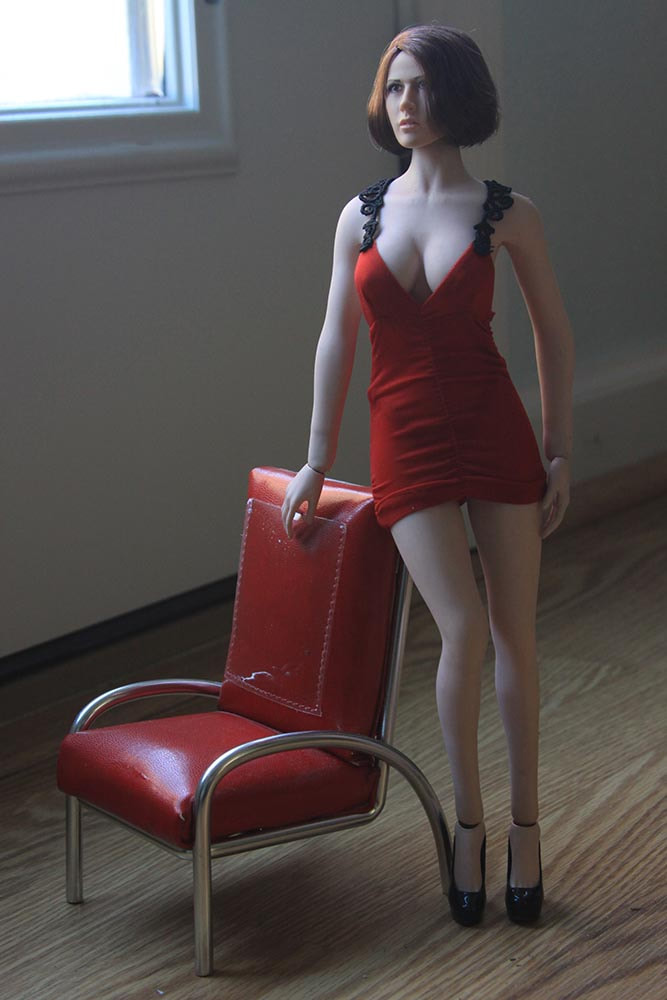 The only concern I had with the dress is the design of the straps. It's really nice, but in some places the straps are held together with just one strand of the lacy material. This material also seems like it would stain if not rinsed before use. 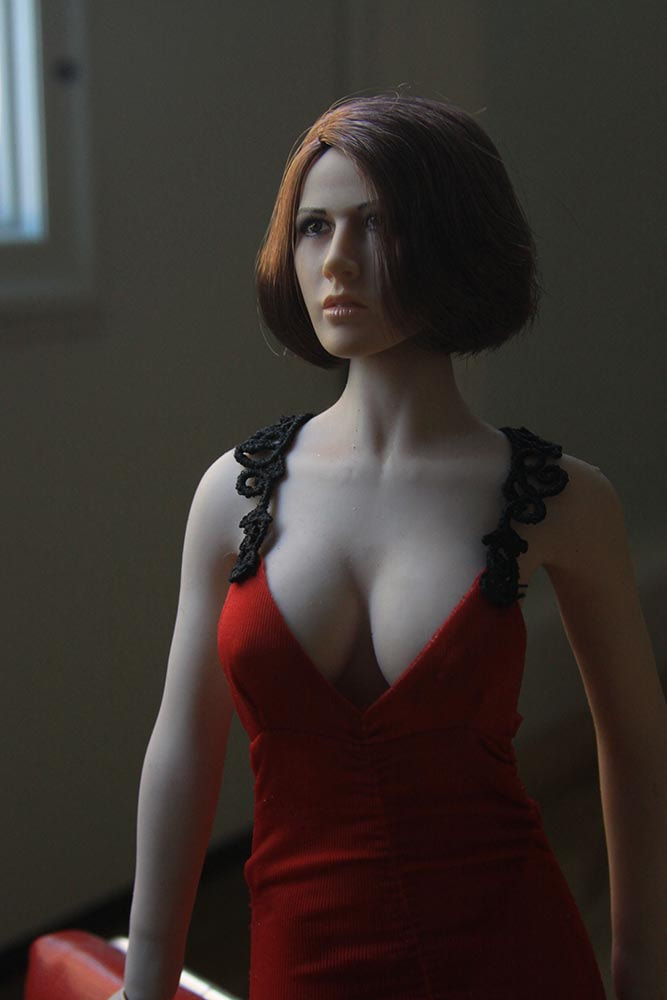 One other concern with the straps is they appear to be glued to the dress rather than sewn on. I have had instances where fabric glue has dried out, and failed. I'm not saying that will be the case here (if in fact they are glued on), but it is something to consider, I think. 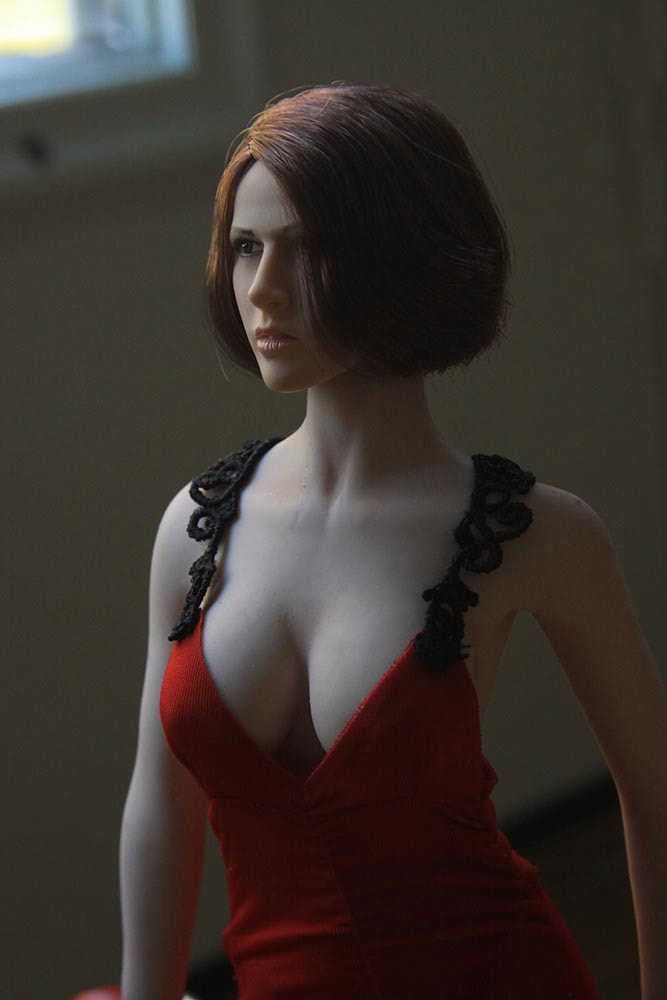 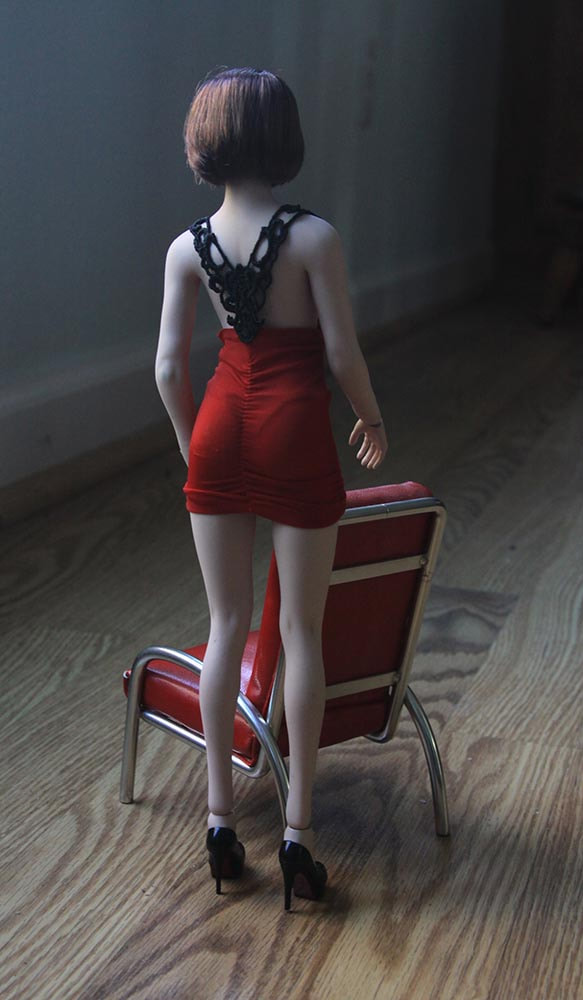 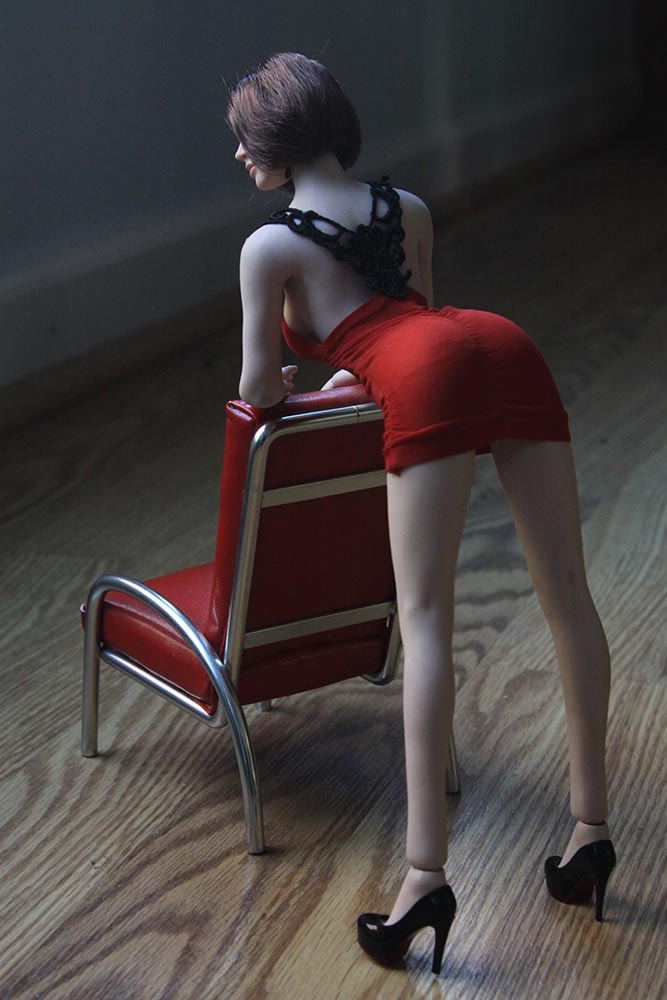 I did say this is a "little" red dress, right?

Sitting in a low chair in a dress like this must take some care, I would imagine. 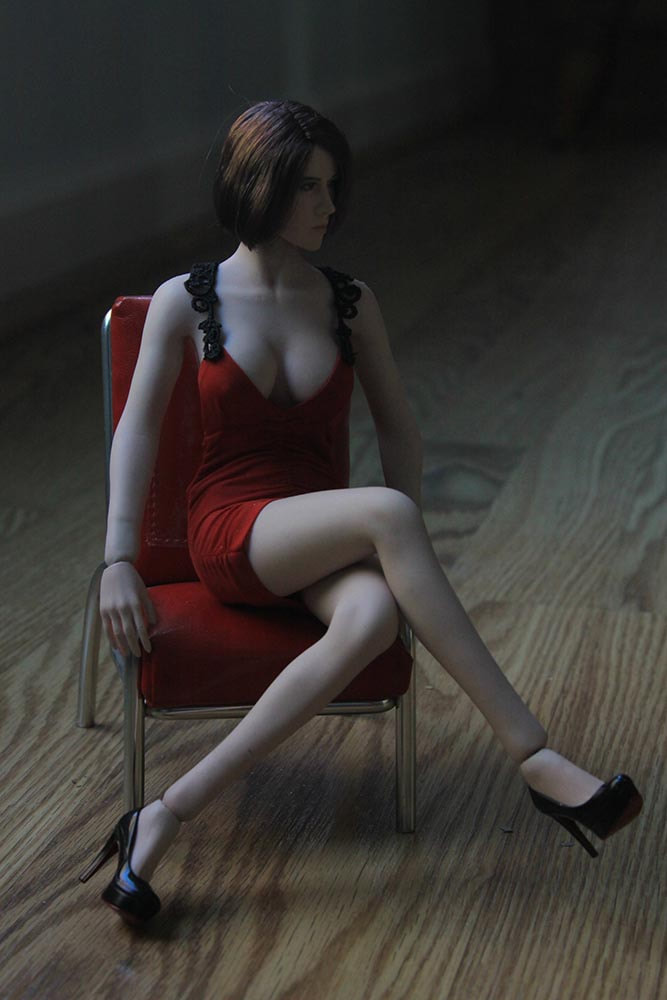