Before the real heat of summer sets in, I decided to do a bikini shoot while it's still relatively cool in the morning.  It also helps that I recently purchased this new bikini from SMcG Customs.  What caught my eye about this bikini is the top. I think it's going to be useful with jeans and skirts.

As soon as I saw these posted on his site, I knew this would be something for my as yet unnamed TBL S39. In fact, SMcG used the same body as the model for the white version.

Here are the results of a quick shoot before the heat set in. 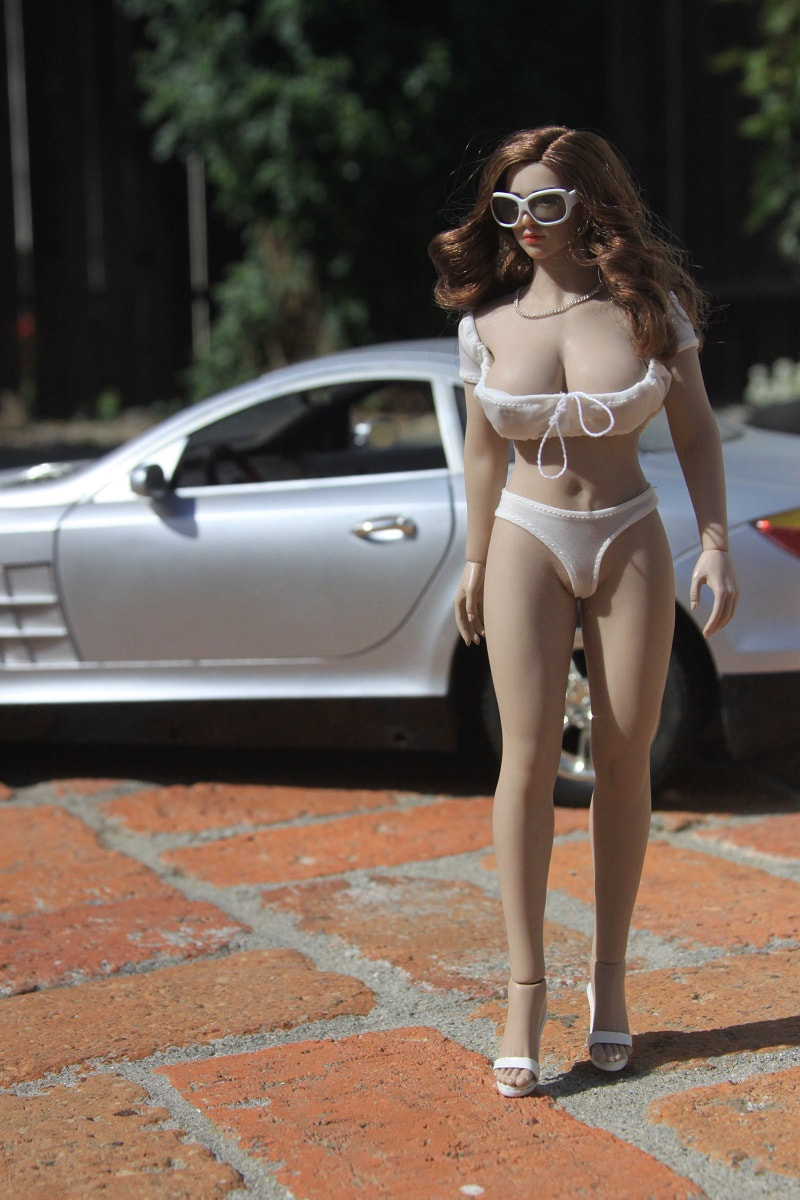 One of the cool things about the S39 is how stable it is. She can do a credible walking pose, even on this uneven surface. 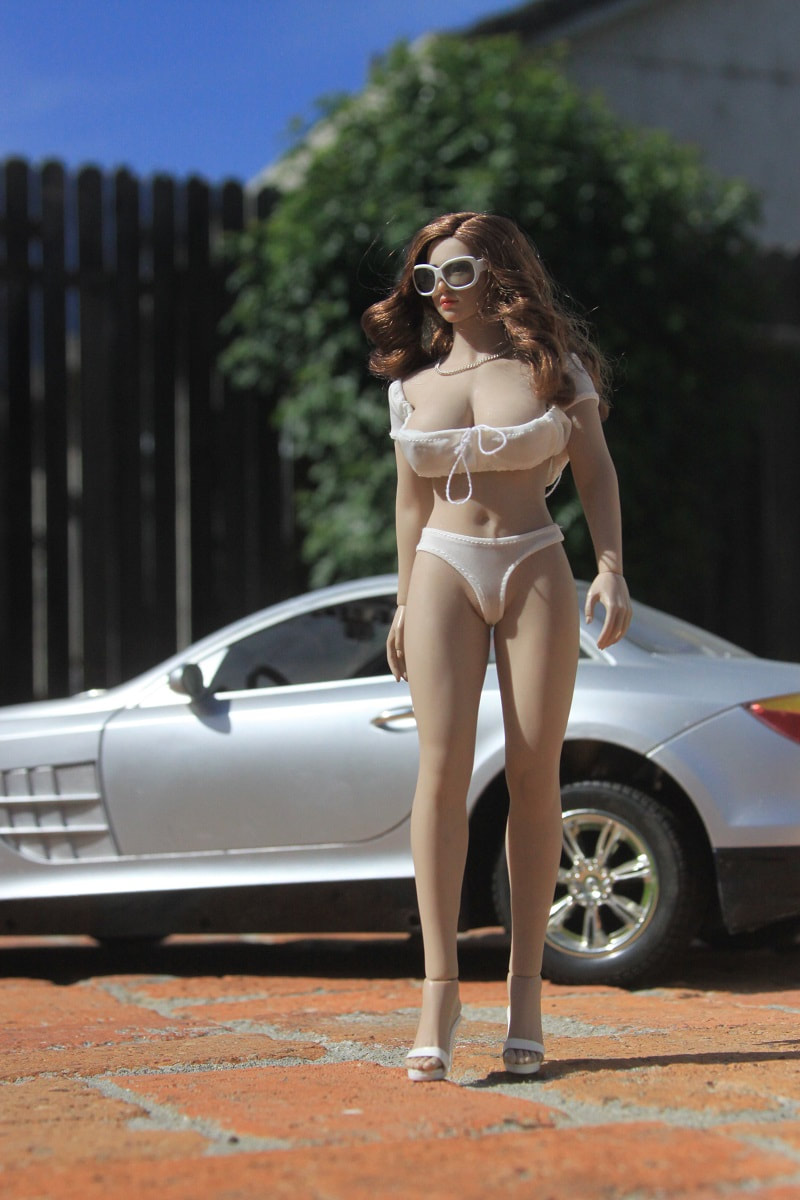 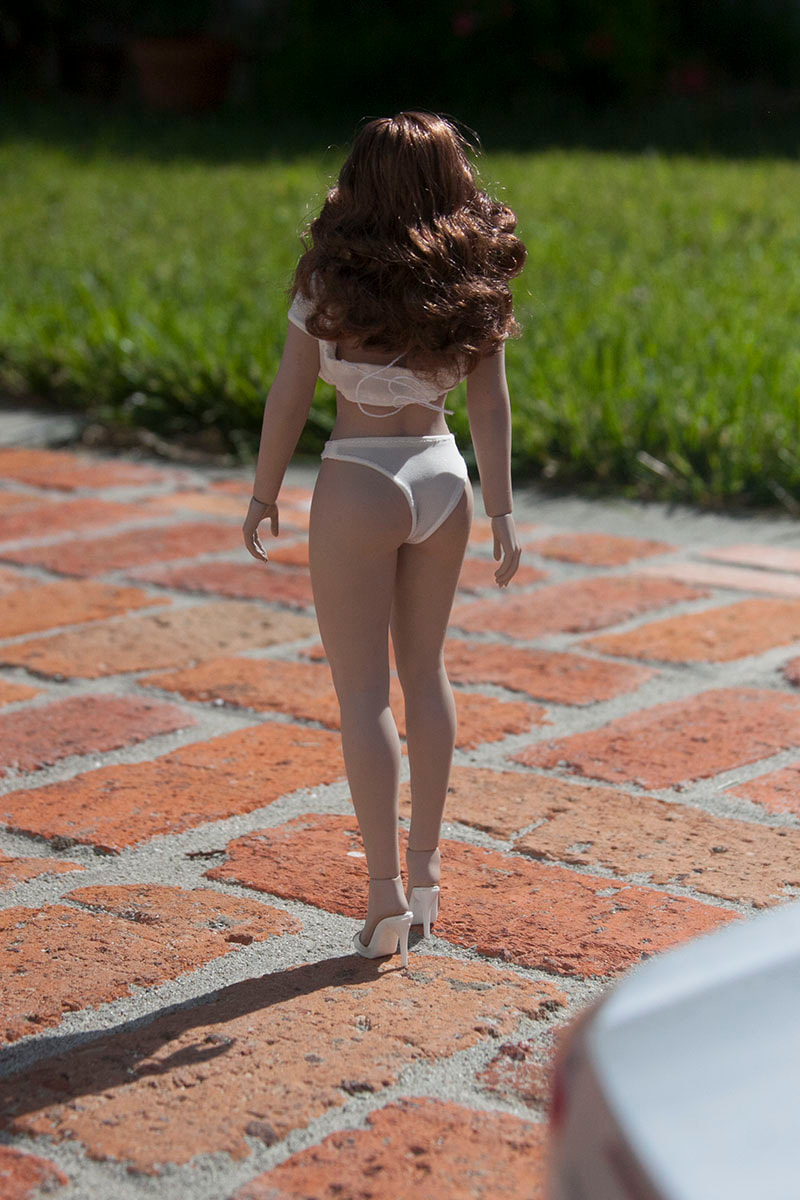 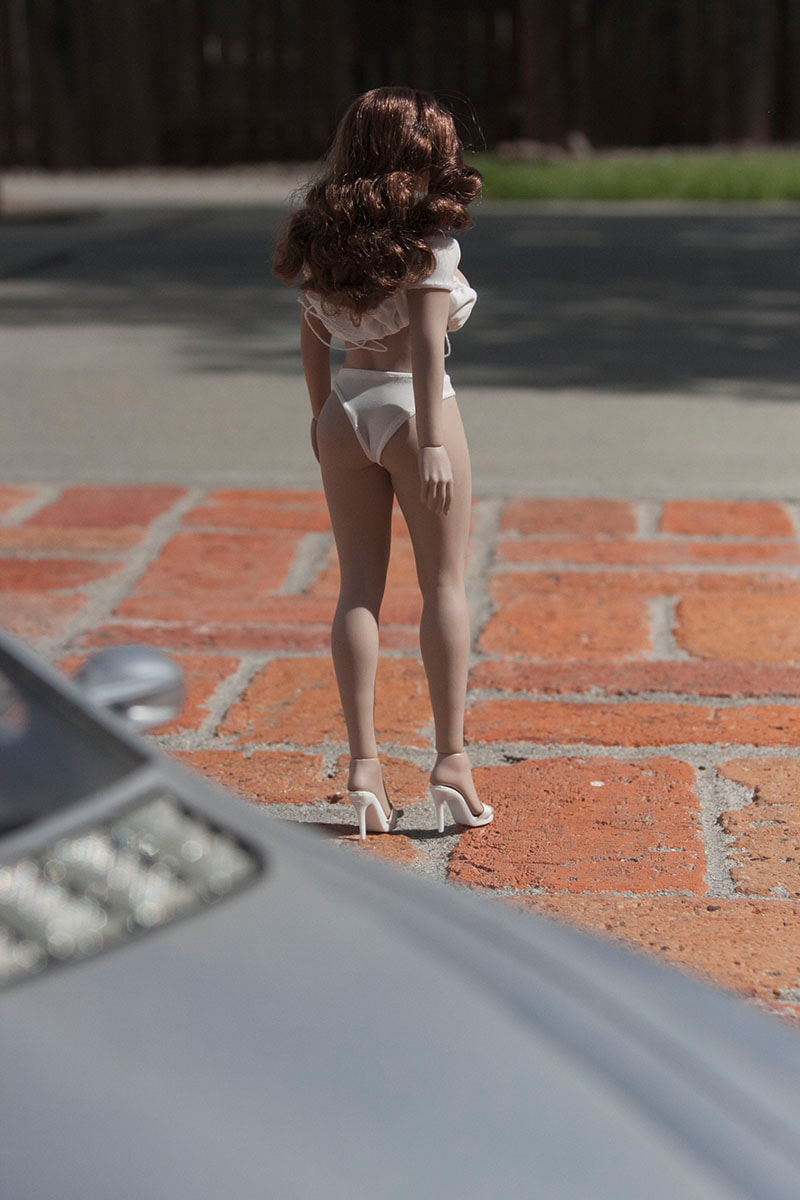 Overall, a fun shoot even if it was a quick one.

Some quick notes about the SMcG suit: I was surprised when I opened it and tried to put the top on the figure. There seemed to be lots of fabric- enough to go around her at least twice. Chad at SMcG explained that the fabric is to be gathered along the strings that run through the top (like a curtain). The top string ties in the front and the bottom one in the back. I found this pretty easy to do, a lot easier than the strings on the sides of bikini bottoms. It allows the top to be adjustable for different bodies (you can see it modeled on other bodies on the SMcG site). I still need to make some small adjustments to it, but I'm really pleased with how this looks on her.