After almost four years in storage, I finally decided to take the SLK out for a photo shoot. Between being cooped up from COVID and some recent storms, it felt good to be out in the morning air.  Since I've been thinking about creating a character for S39, I decided she would be the driver this morning.

While the car had been in storage, I hadn't really done much with it since completing the modifications to it. It's been sitting for about 10 years. 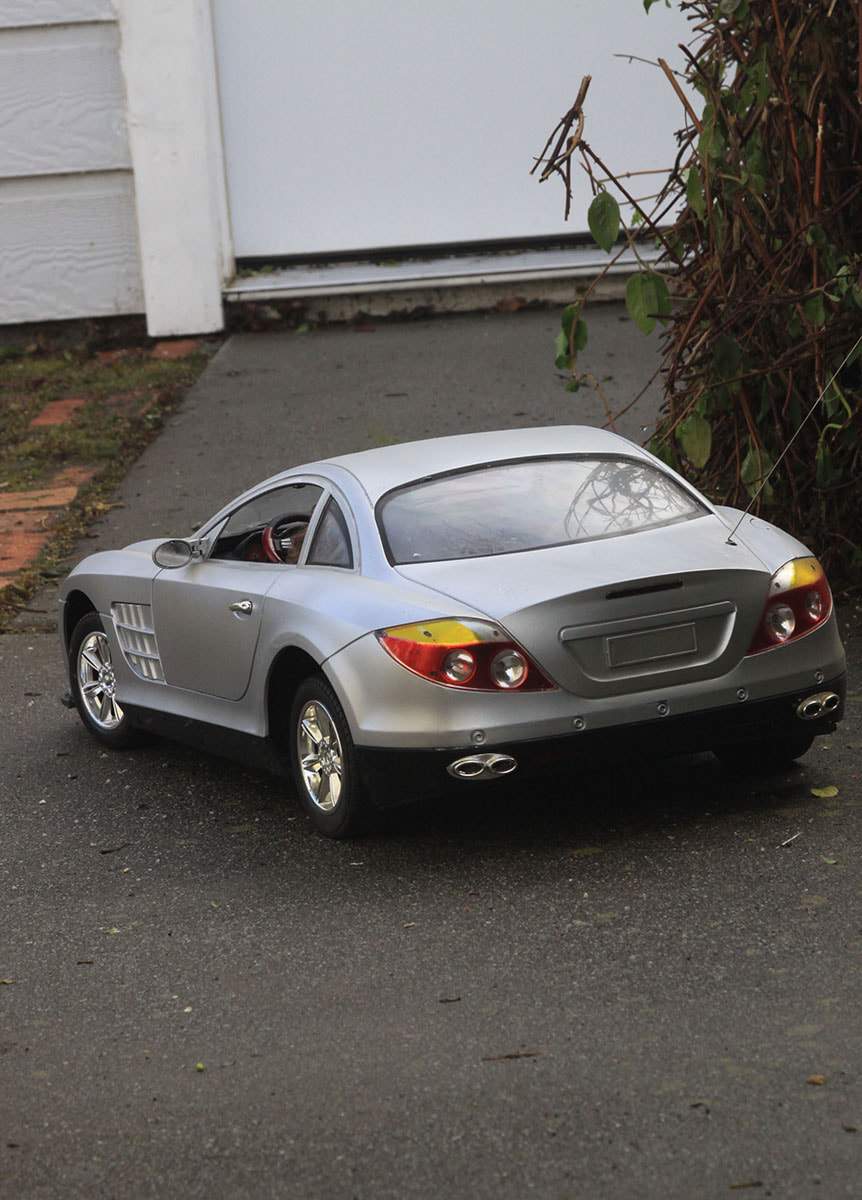 Normally I would edit out the antenna...  We had quite a storm (by our standards, anyway). This area was buried by a couple blown down bushes and other debris that blew into the yard, not to mention the old fence in the background was blown down. 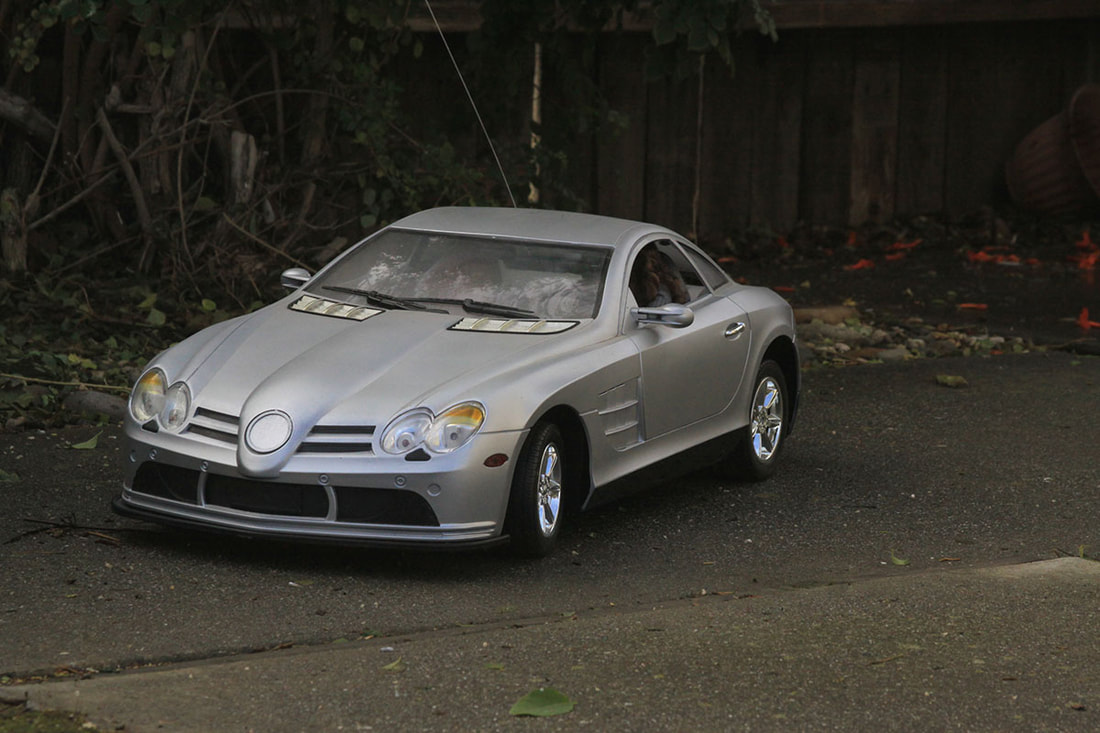 Wonder where she could be headed this morning. That's probably what the surveillance team is wondering as well. 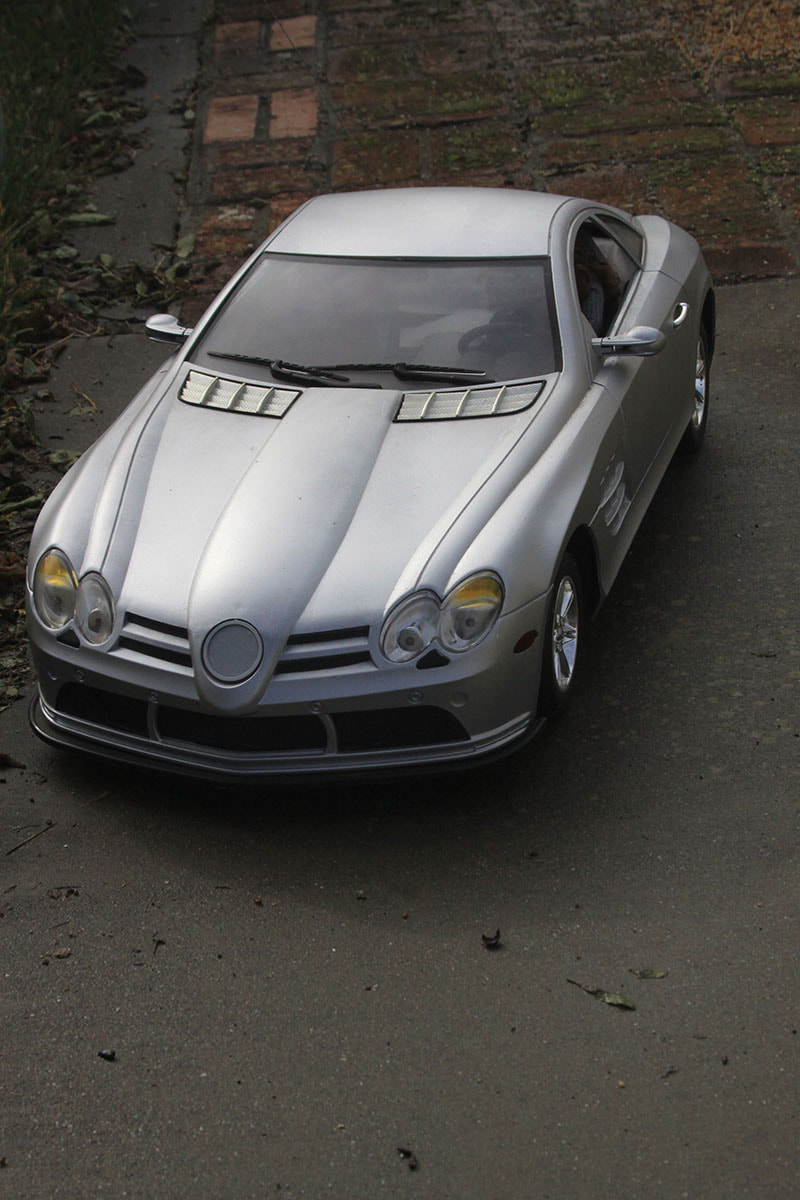 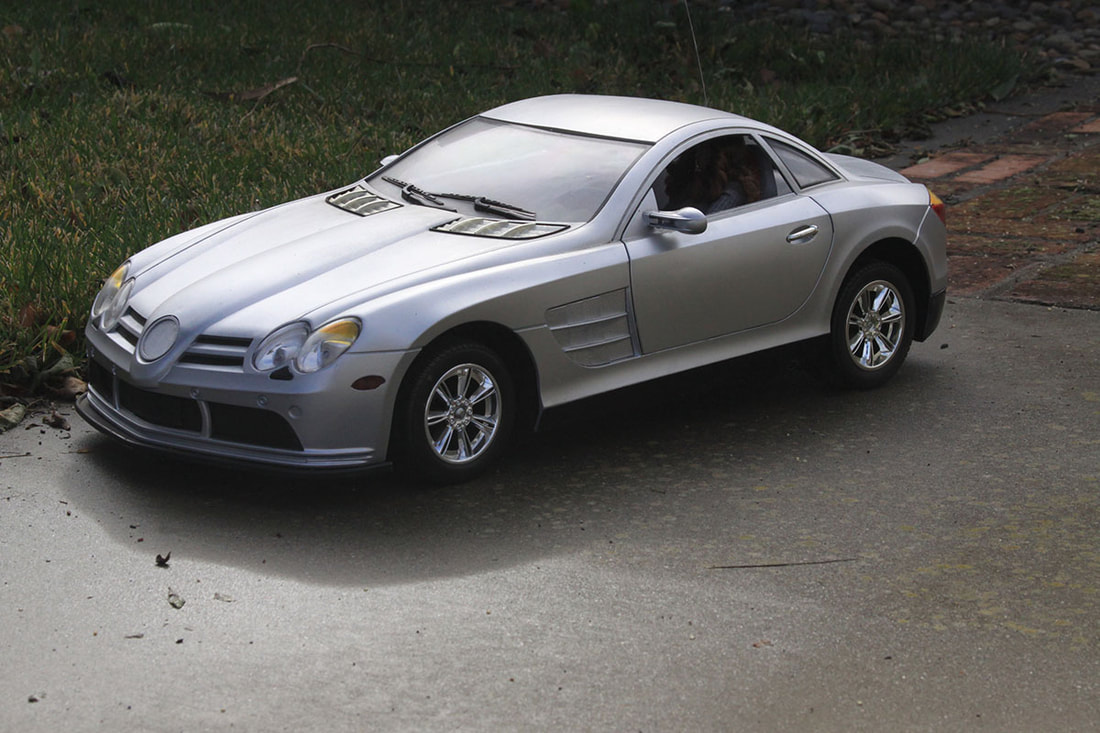 The overall finish is rougher than I remember it. 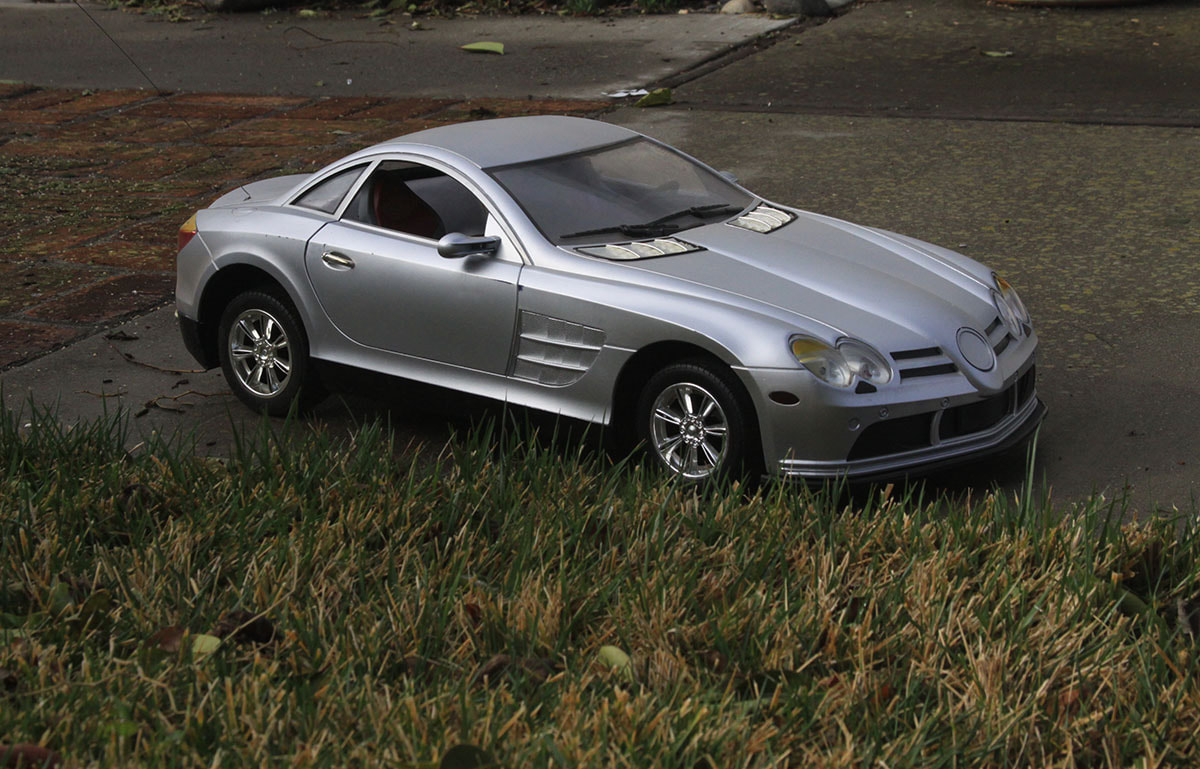 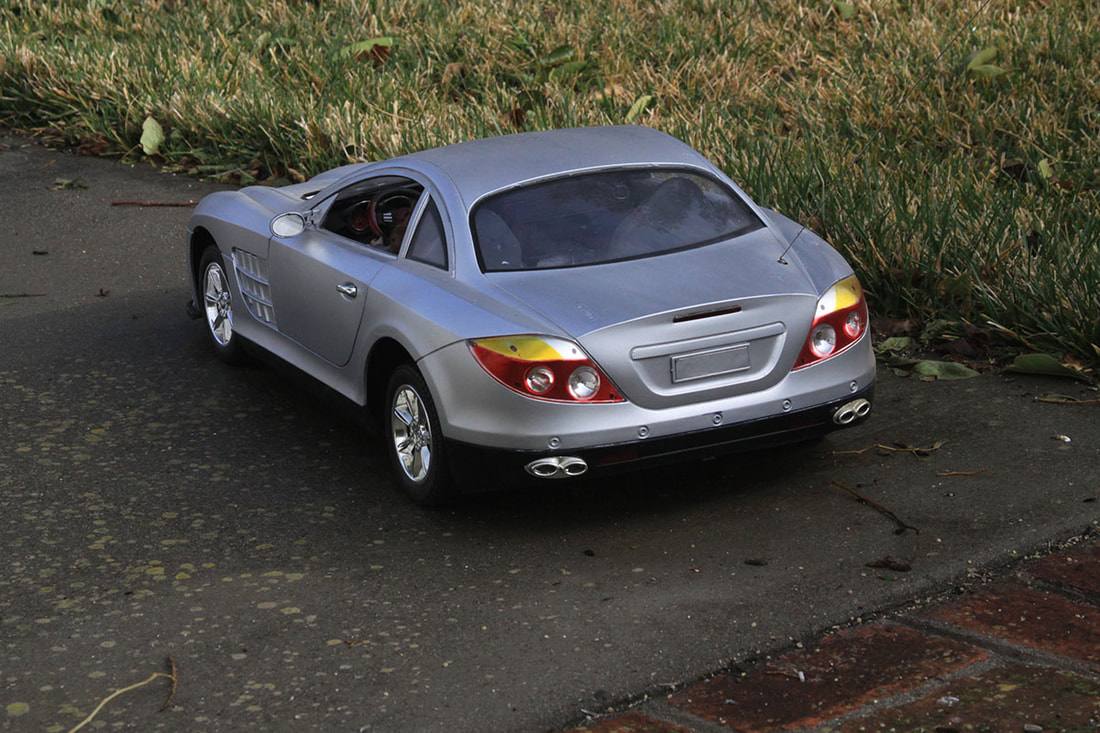 She pulls over and stops. A few minutes go by... 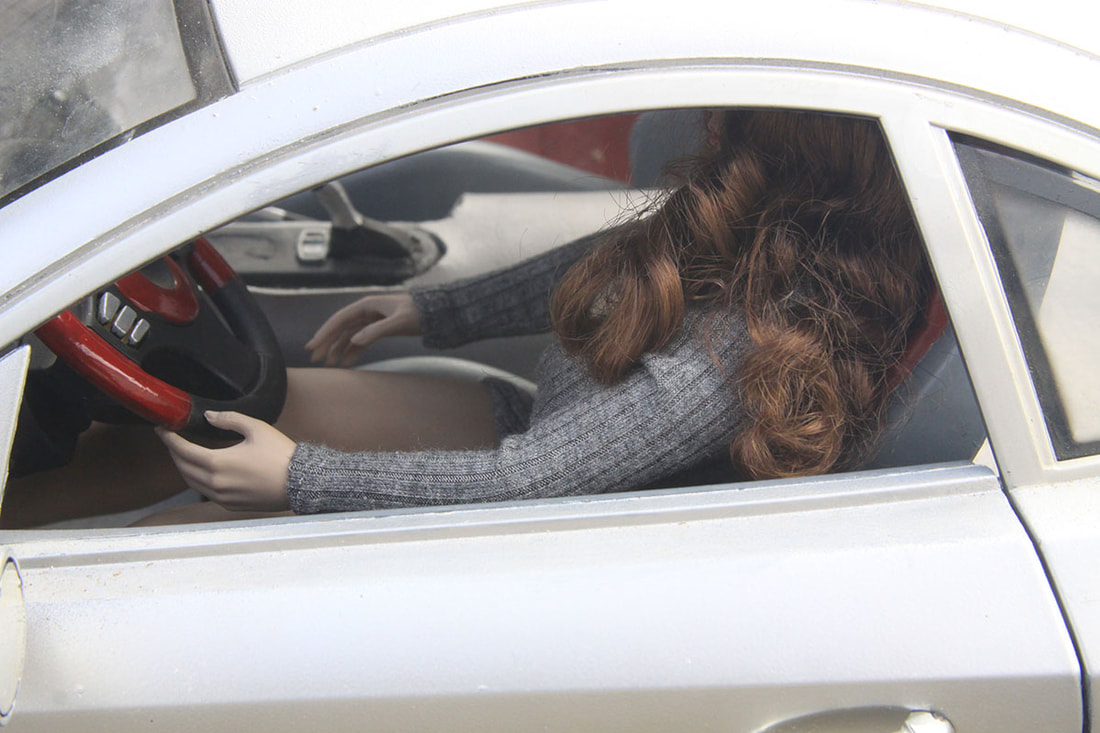 Storage has taken a bit of a toll on the interior. The adhesive backing on the vinyl upholstery is drying out as can be seen on the top of the console around the gear shift. 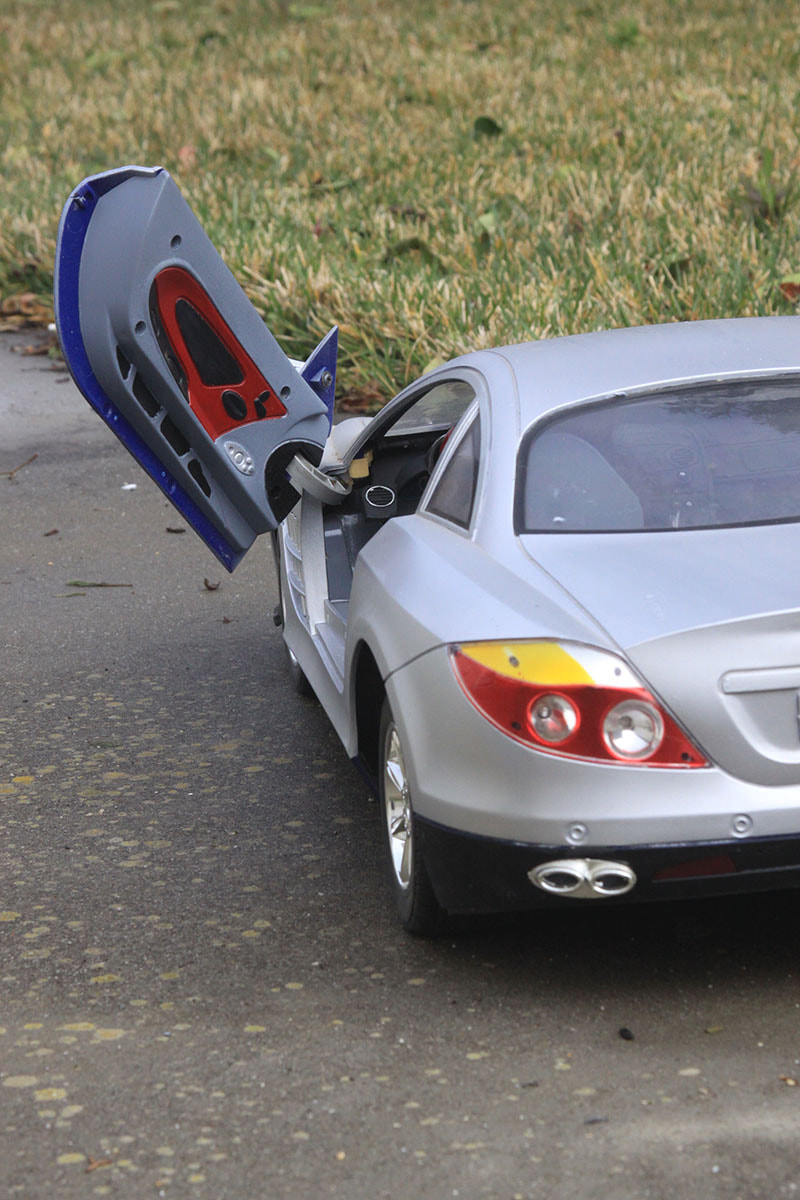 Yes, I always meant to paint the exposed areas of the doors. 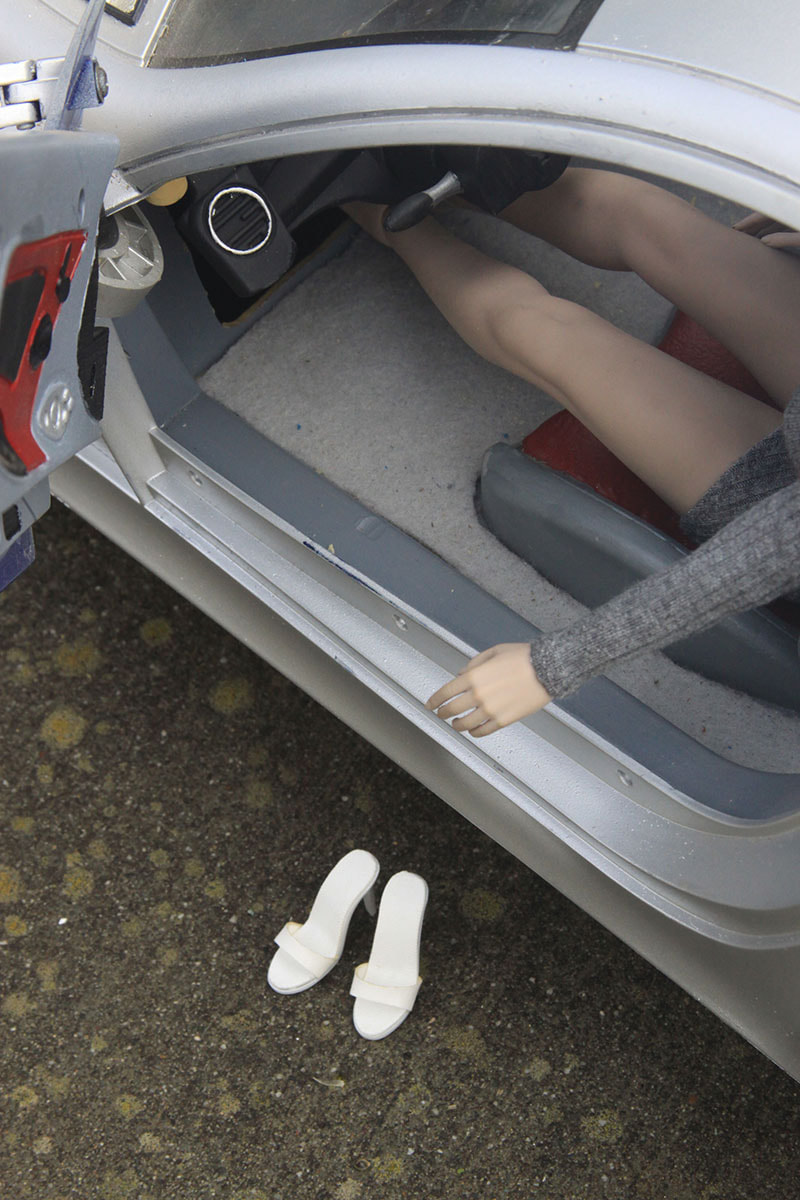 She drives barefoot. This is to prevent her shoes from falling into the footwells or into the chassis. 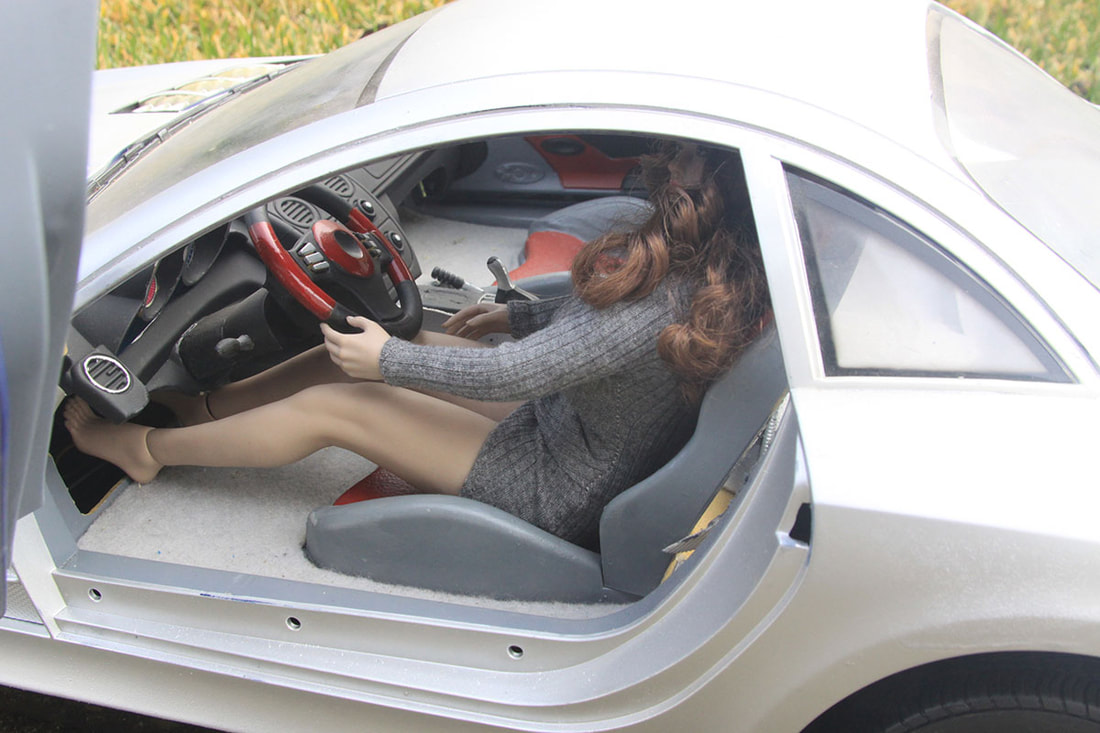 When I modified the interior I used the tallest figure in my population at the time as a model: 21st Century Toys Matilda. Not only was she tall, she wore boots with decent heels that made her even taller. All the interior mods were made to accommodate her: The footwells were opened, under dash cut away, the steering wheel is removable and can slide in and out. The seats were cut out of the floor, the bottoms lowered, seatbacks were separated and the rake adjusted, and the seats were set lower into the floor on reassembly.

Additional interior deterioration behind the seats can be seen here. 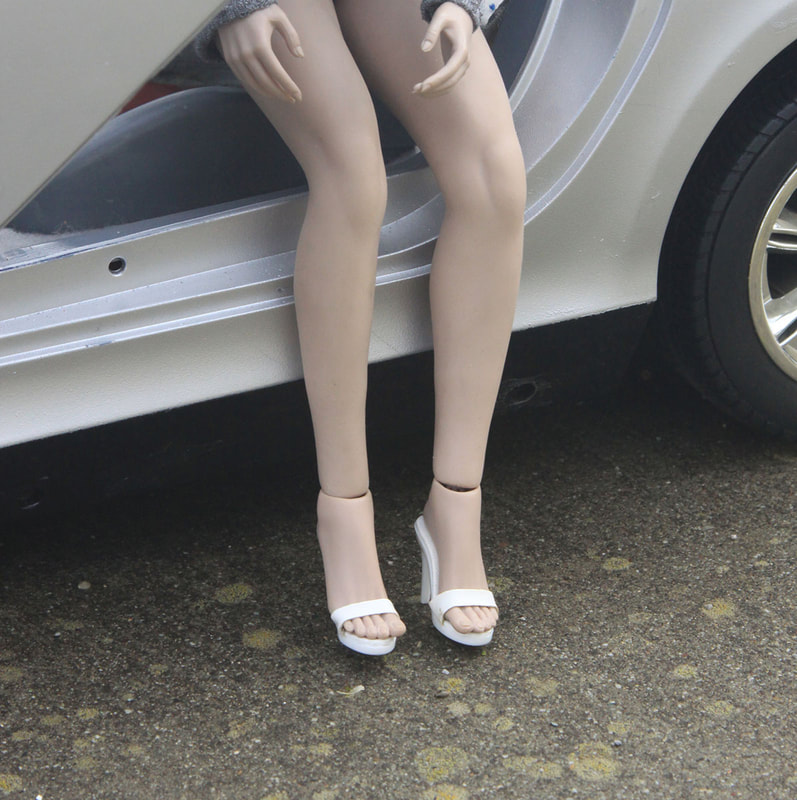 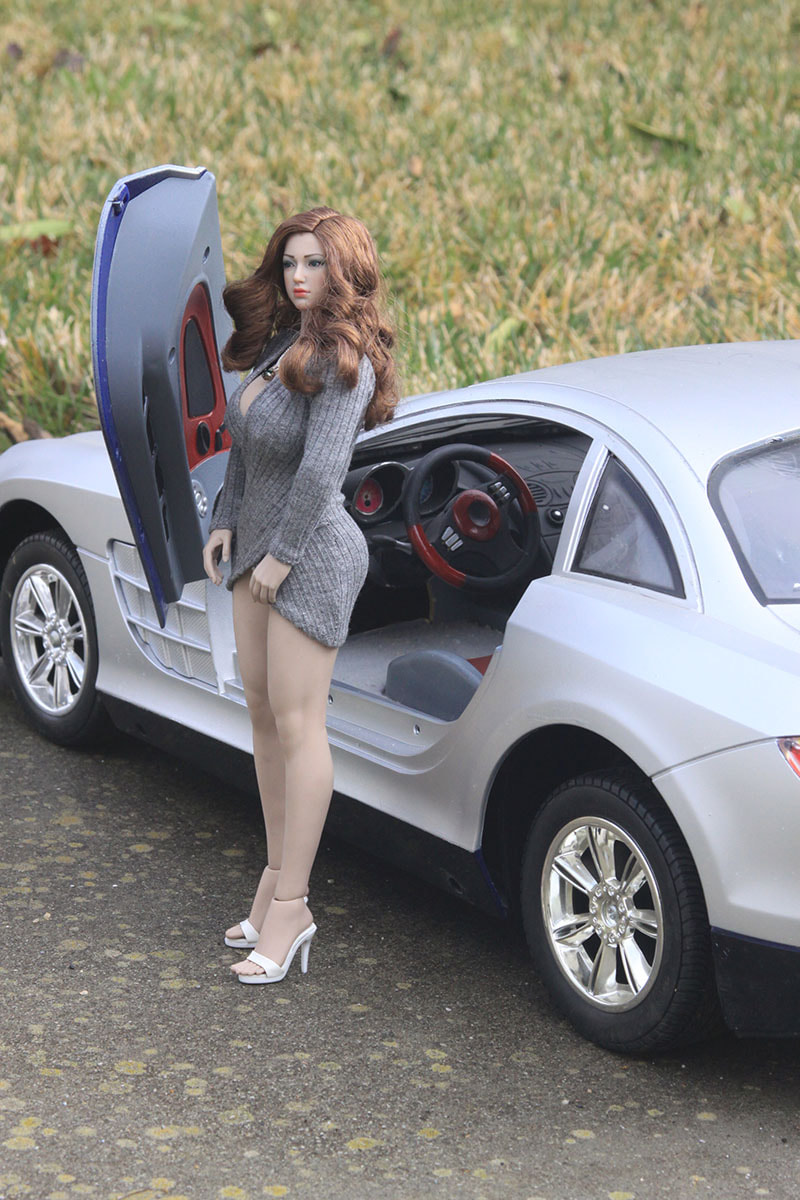 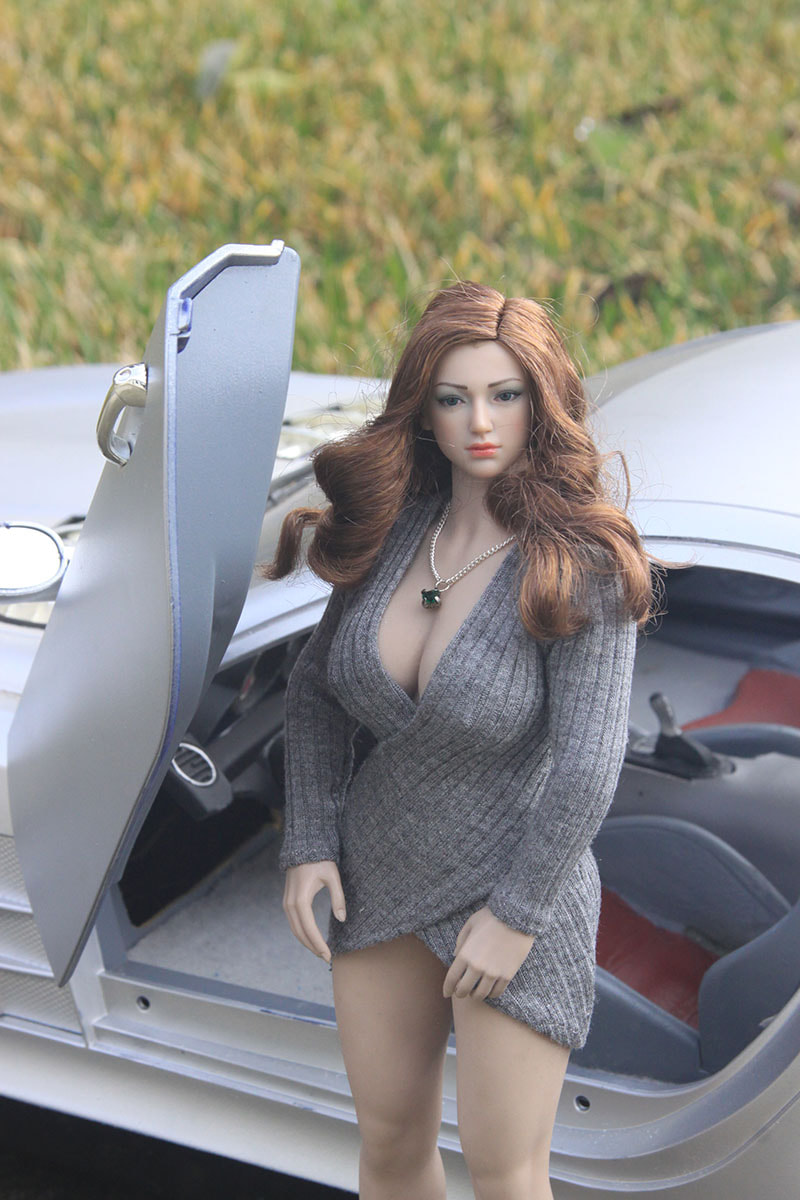 This garment is sold as a dress, but it's really more of a sweater. She doesn't realize the surveillance team is getting quite an eye full. 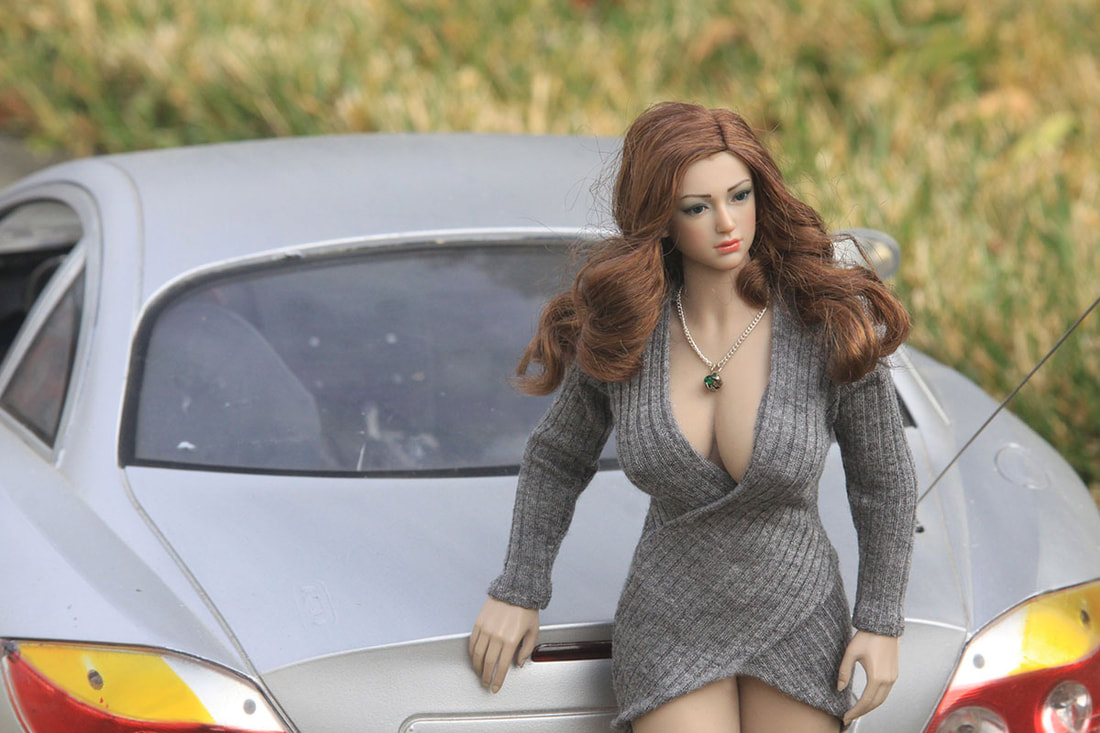 Whoever she's supposed to meet is late... maybe she should just drive away. 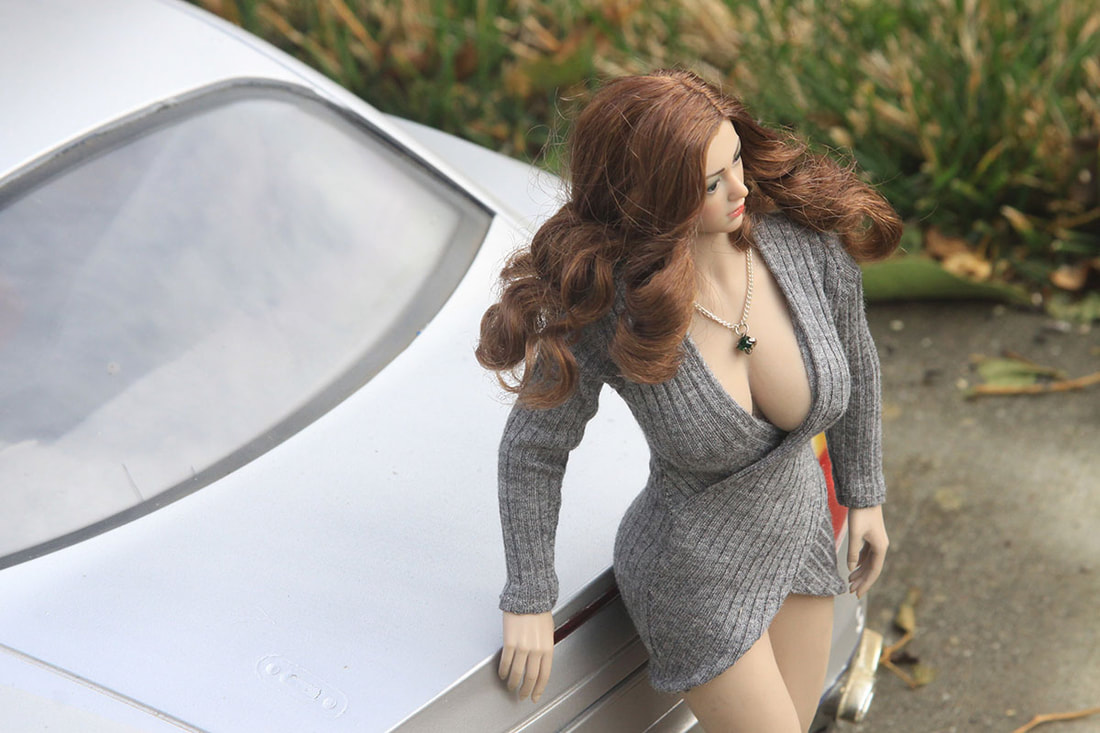 The locations where the racerboy rear wing was mounted are pretty visible in this photo. Normally this poor body work is cleaned up in Photoshop. 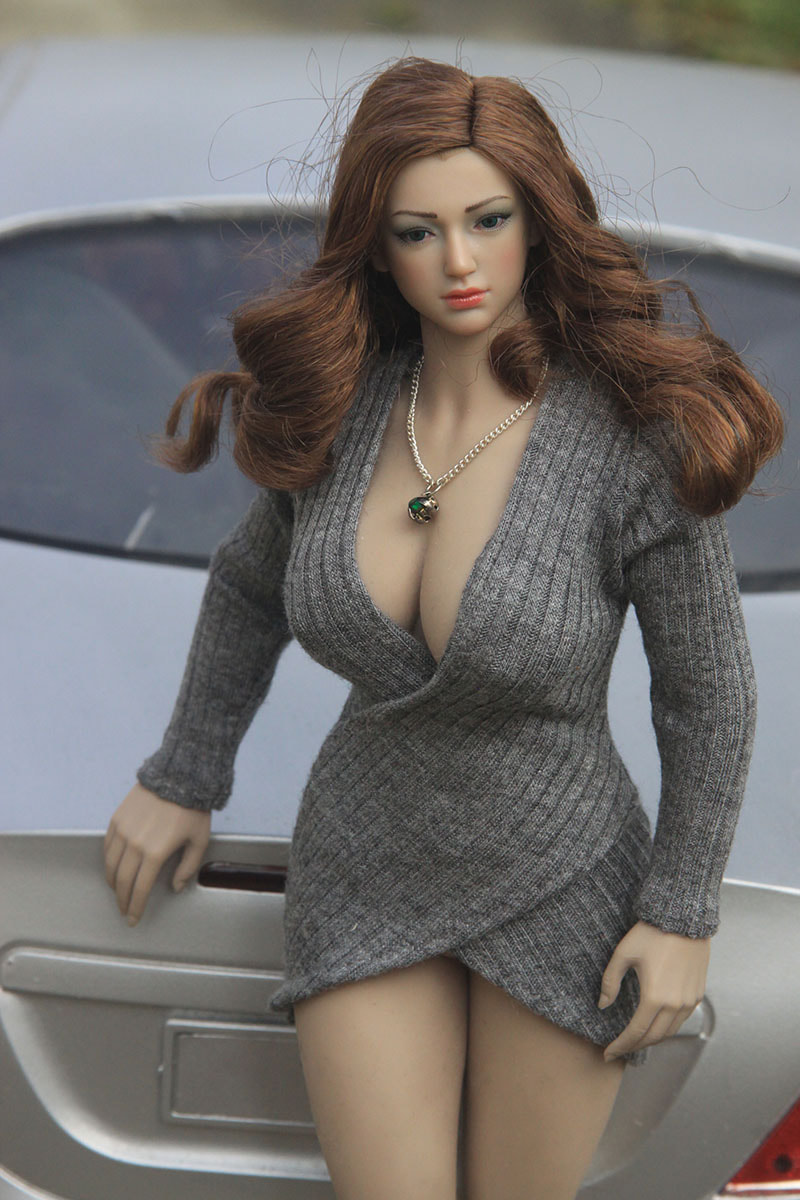