Stasha is a character I've been working on recently.  I've decided the best way to present her character in the saga is to use different bodies depending on what she is doing in the story.

Stasha is a Fashion Royalty Giselle sculpt. Here she is on a ZC Girl body. This body works well for scenes that require extended range of motion, and serves well when fully clothed.  This is Stasha when she's dressed for her job as a motorcycle courier. 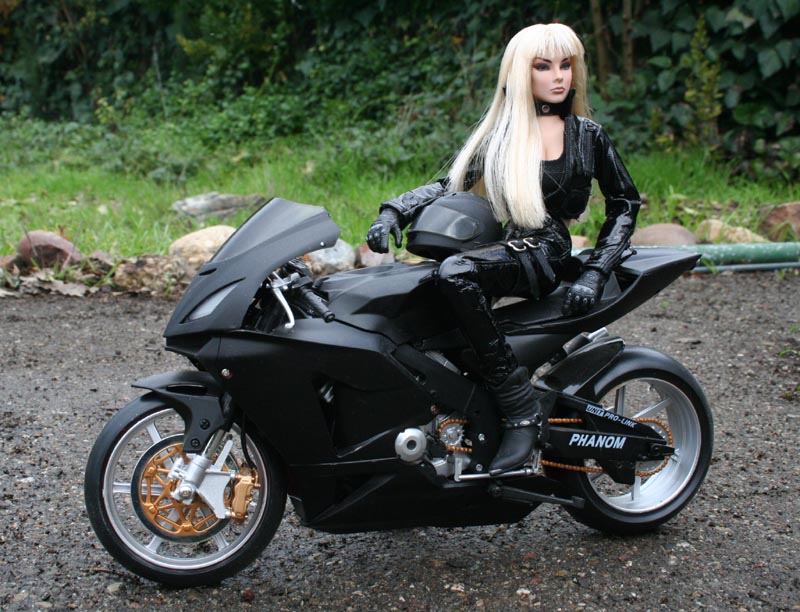 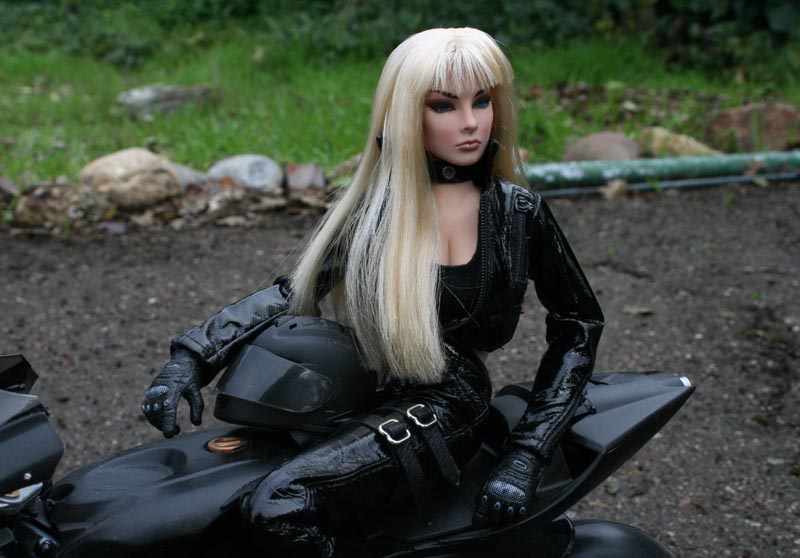 For scenes that are a bit more revealing, I've decided to use a Phicen "muscular" body, this one from the Demon Huntress figure. One of the reasons I chose to use this body  is that the skin tone matches the FR head more closely than any of the other bodies I have. 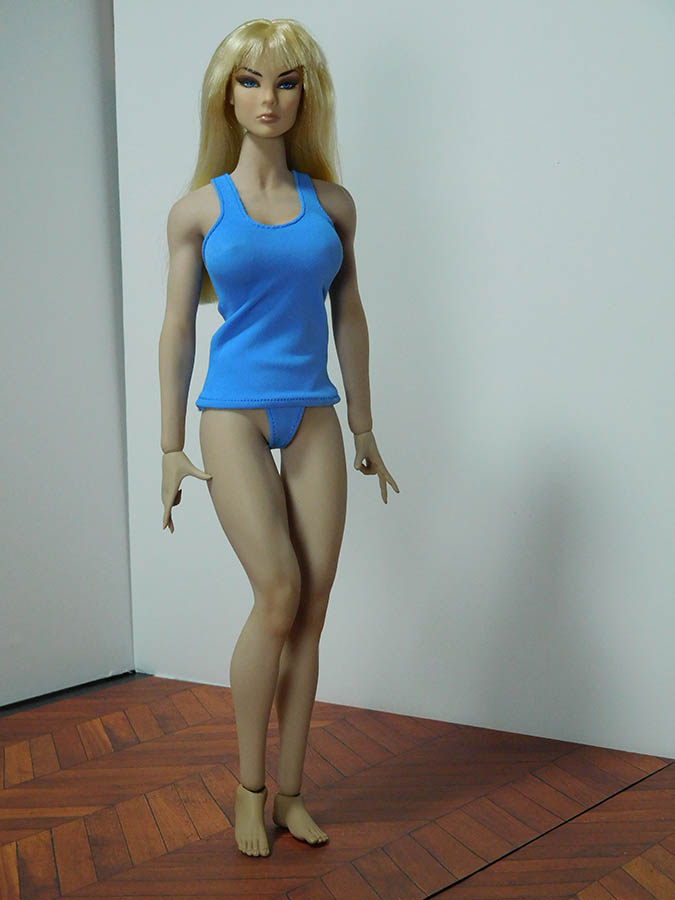 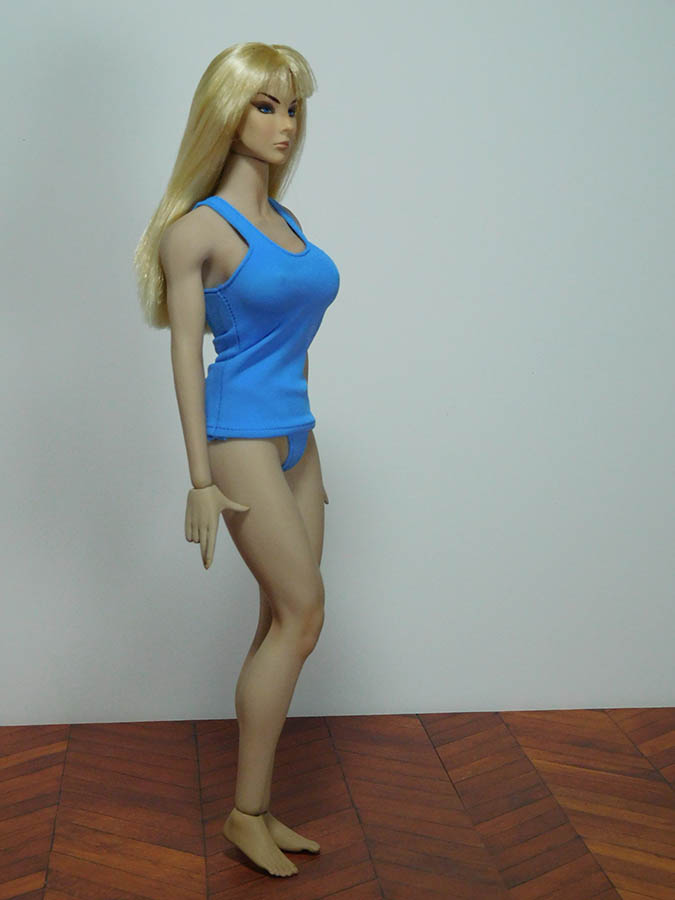 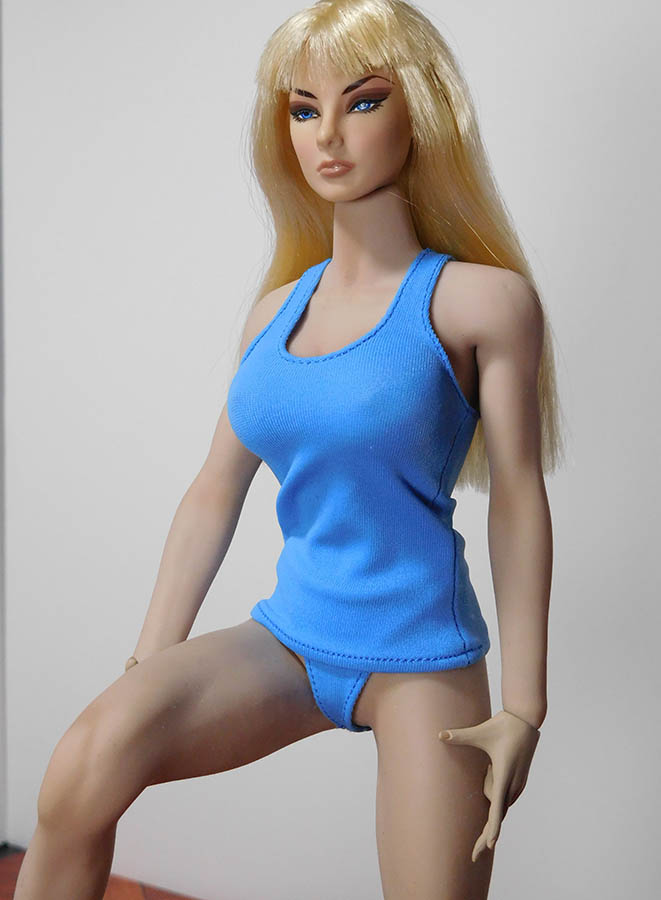 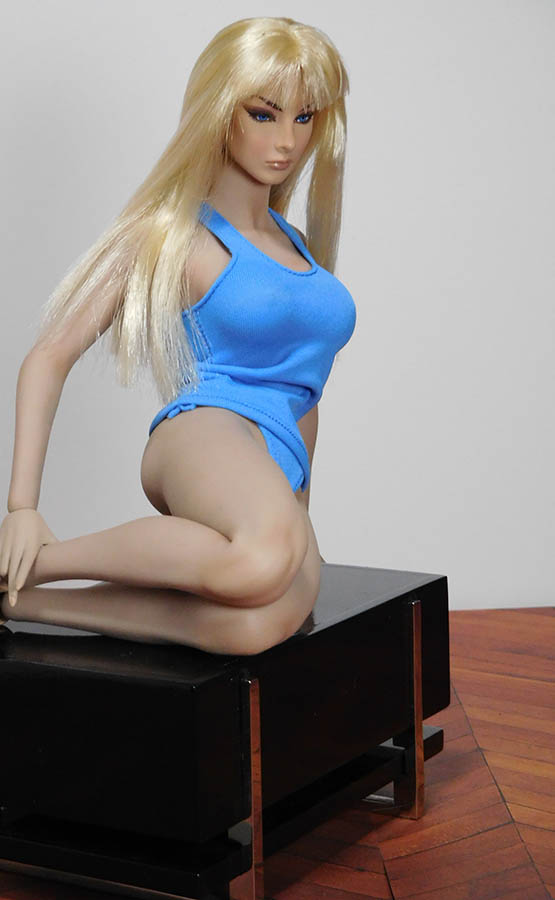 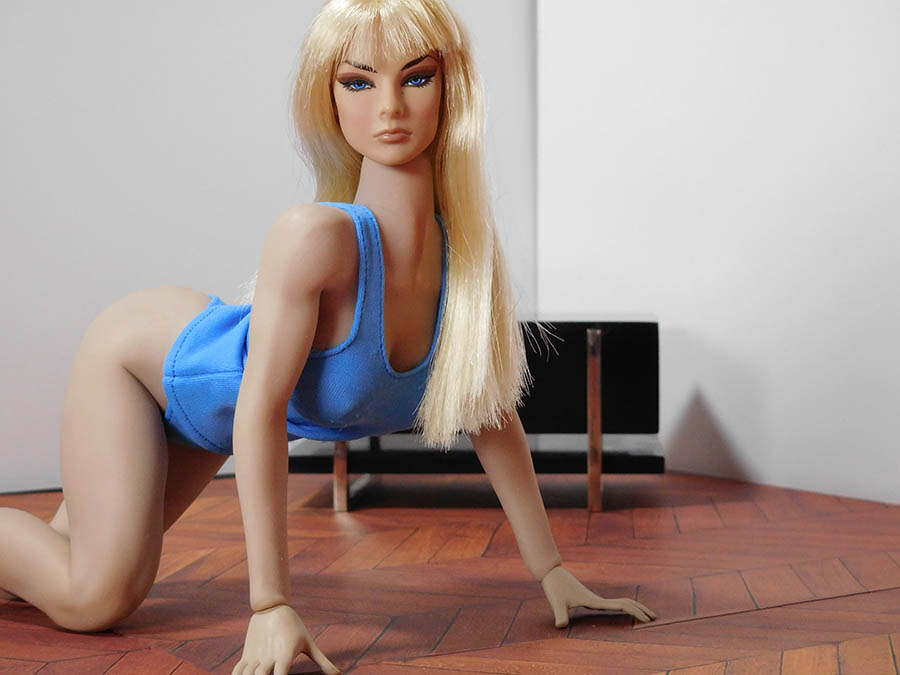 Phicen uses this muscular body for their licensed figure sets that depict comic book fantasy warriors.  It's a bit of a challenge to find clothing that fits the rather "heroic" proportions of this body.  While I do have some clothing that will fit, for scenes that require other styles, Stasha will use a third body, the Phicen S10D.  It's a bit too pale, but still useful in certain scenes. 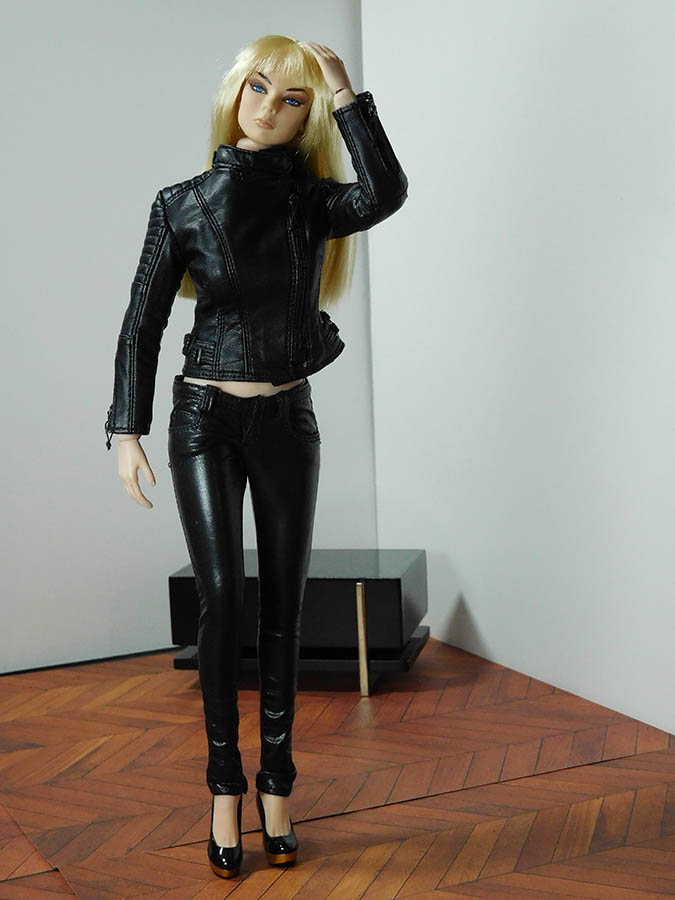 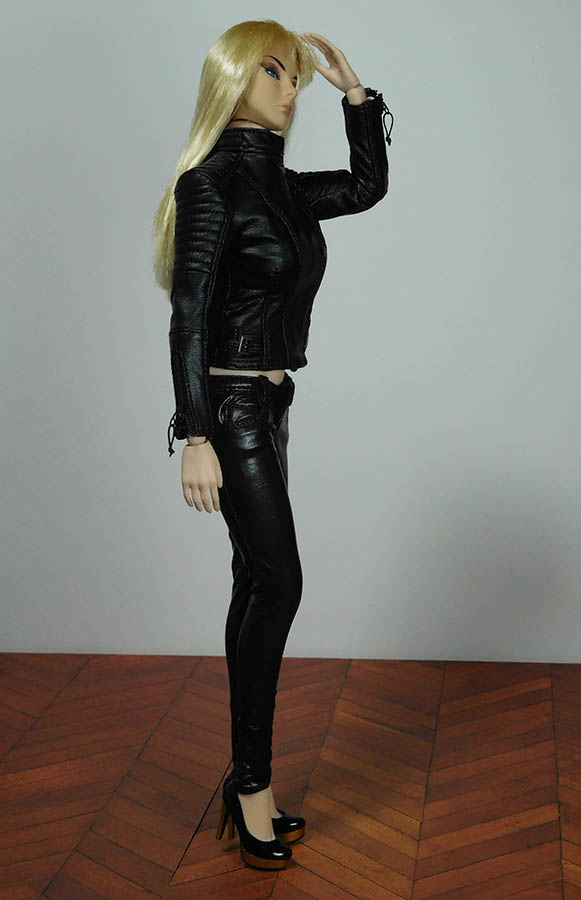 The above photos with the S10D body could be improved if I had taken the time to use hands from the muscular body, but I think the skin tones are still close enough to be useful.