As anyone who is familiar with "seamless" figures knows, staining can be an issue. While the latest versions of these figures show a great improvement in stain resistance, it can still be a risk. It's usually a good idea to treat dark clothing before using it with these figures, especially if they are to wear it for a prolonged period.

Both of these figures- male M30 Phicen, and S10D female Phicen- ended up wearing these dark clothes far longer than I had planned. Not only that, the clothing was never treated.

They were assigned to do a mutual inspection for stains, and this is the result... 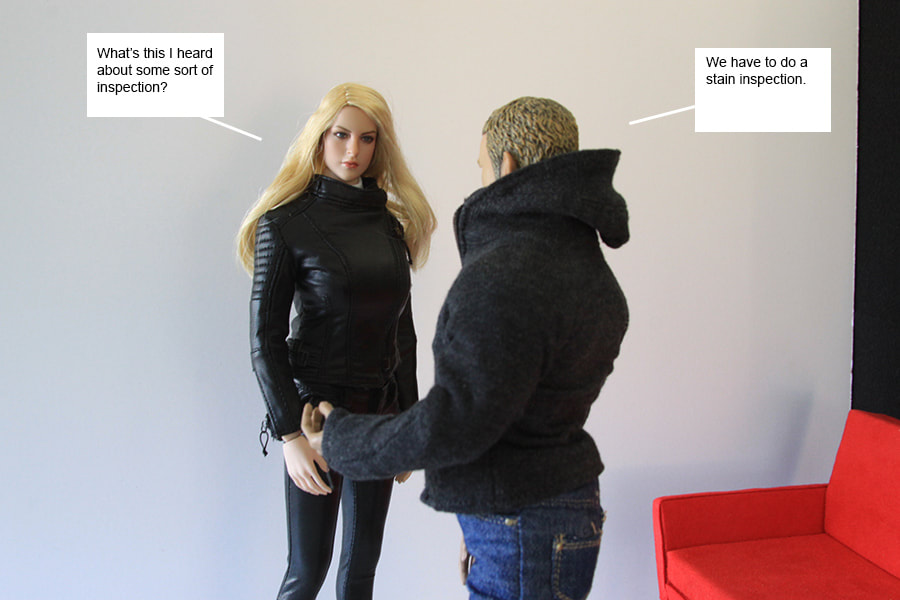 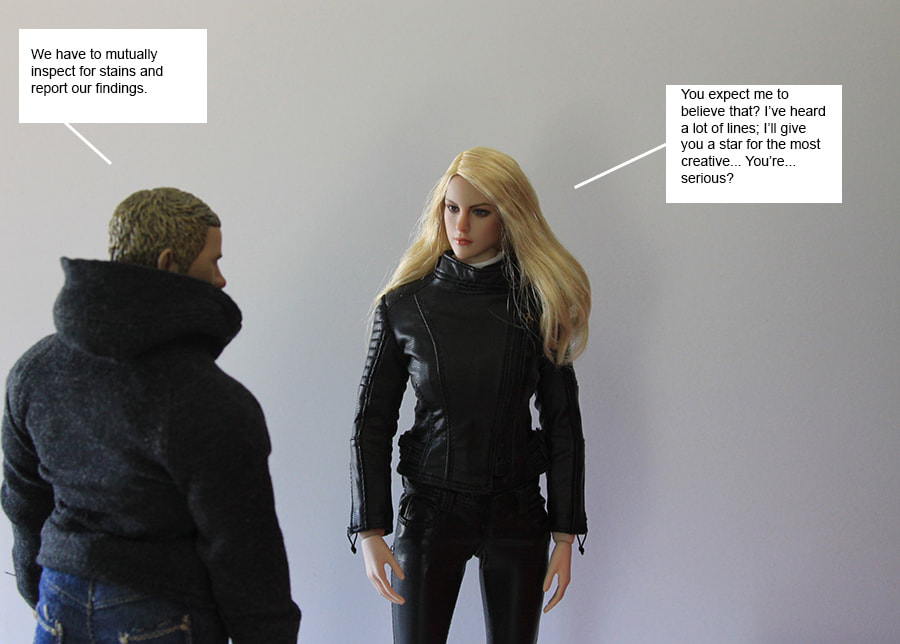 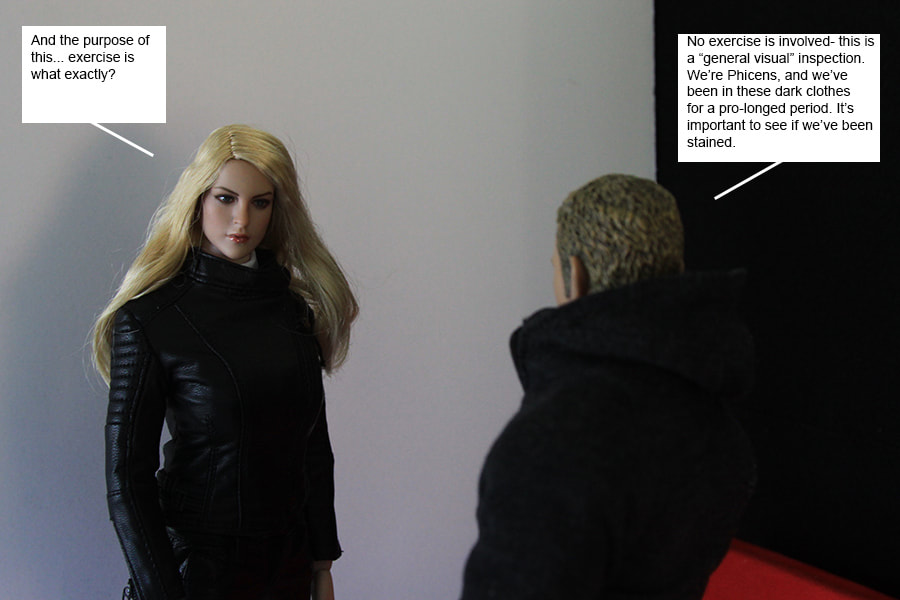 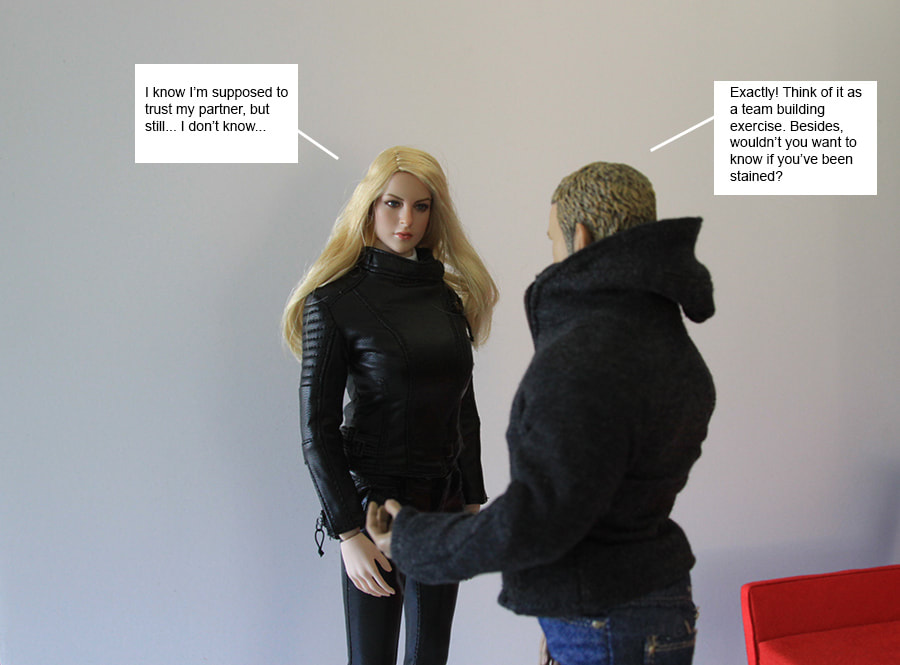 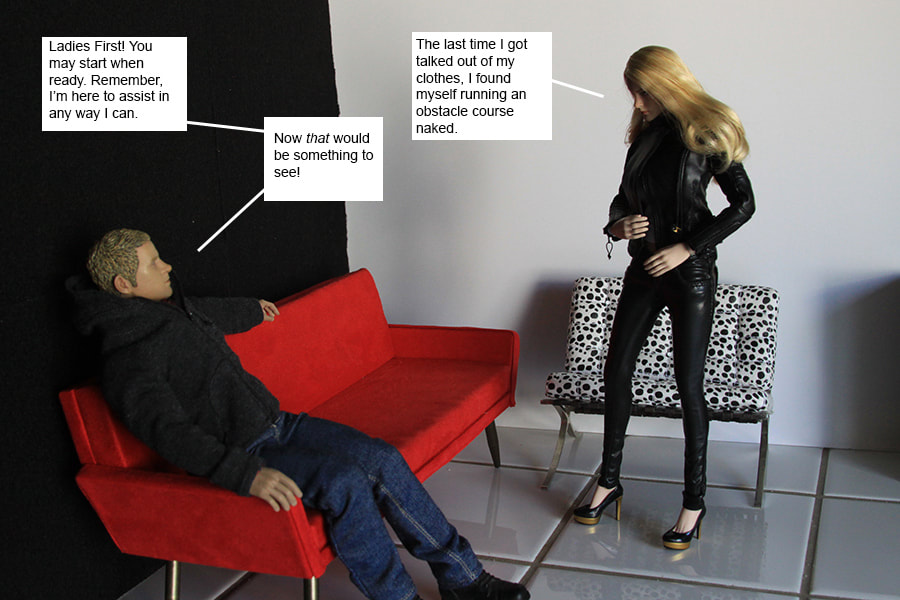 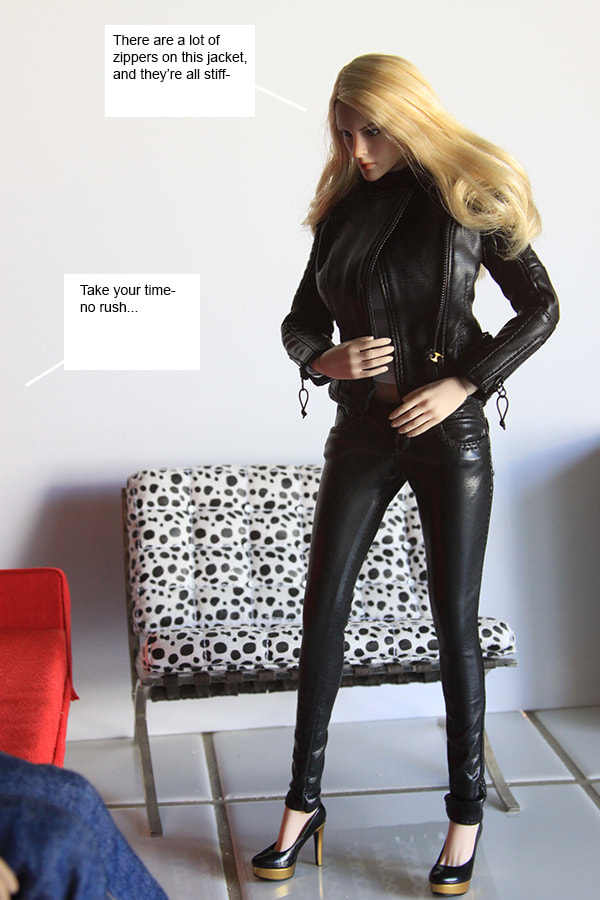 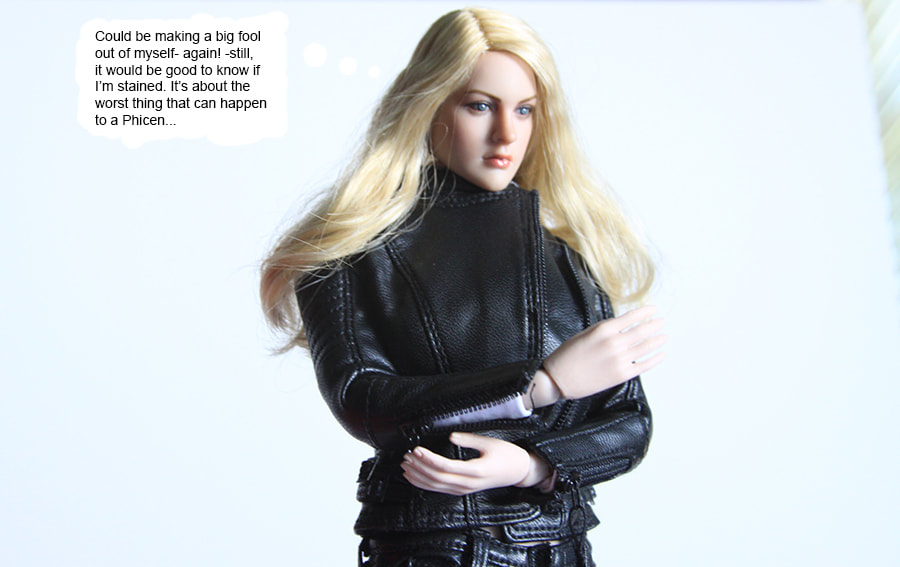 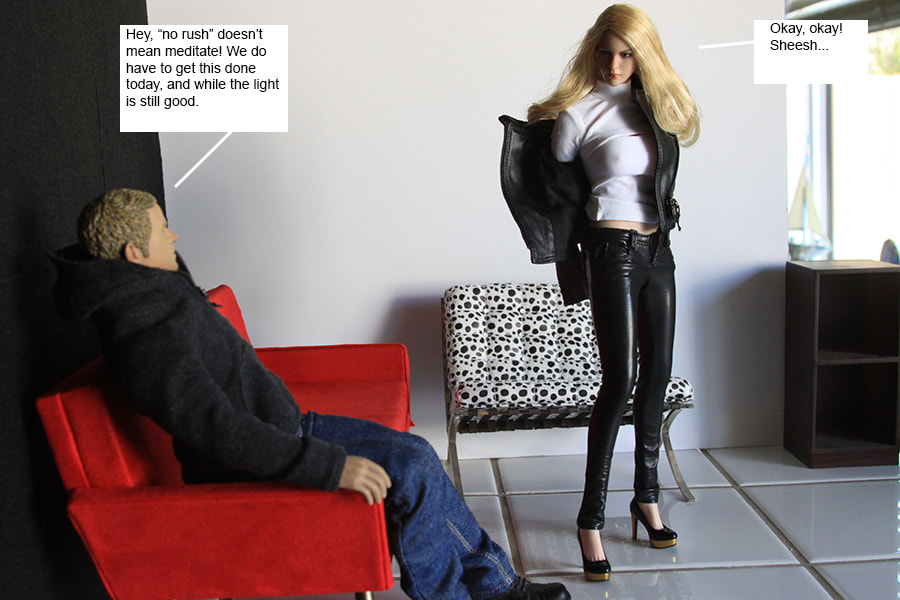 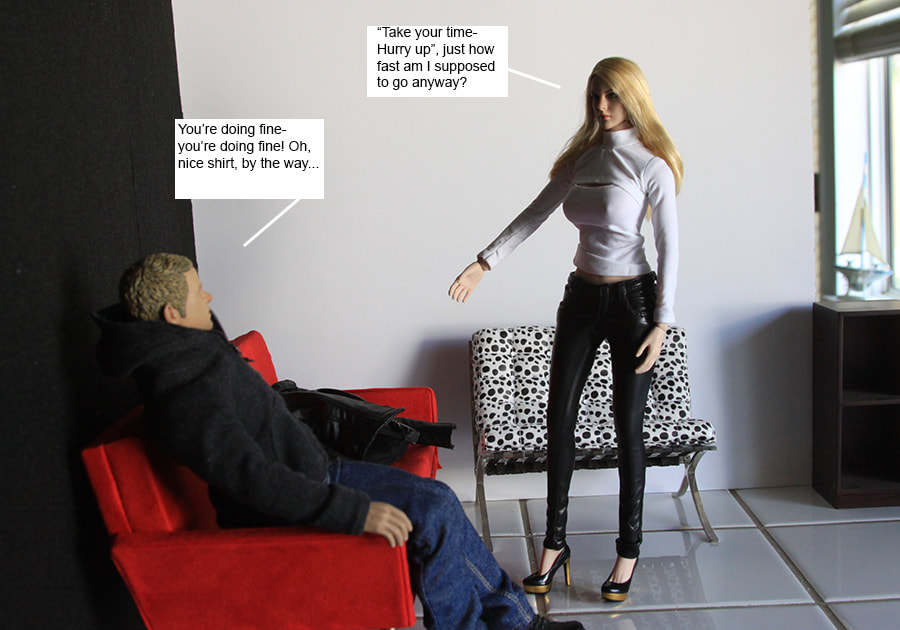 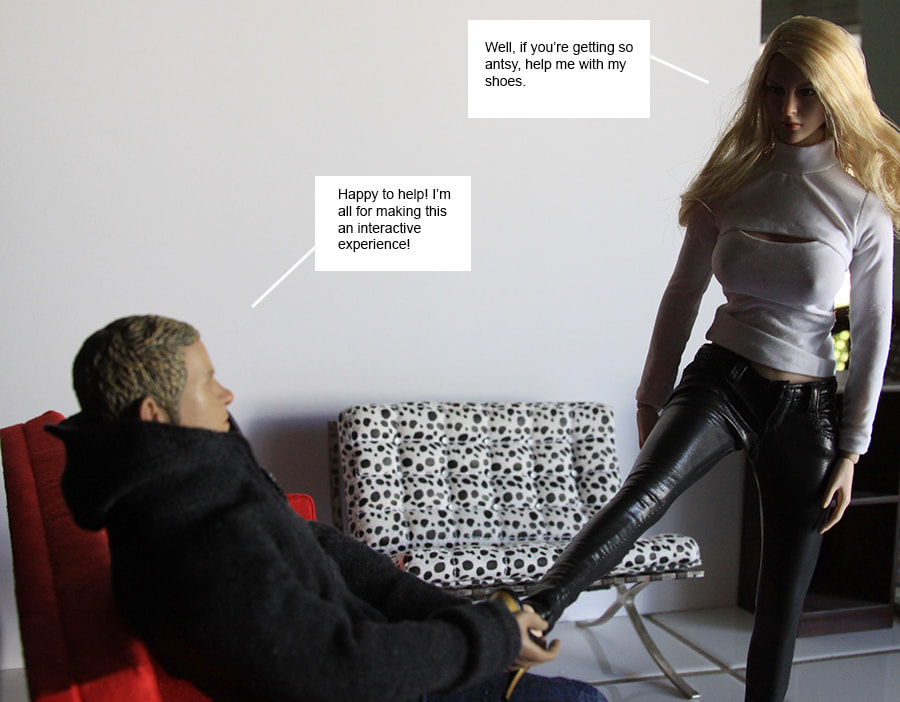 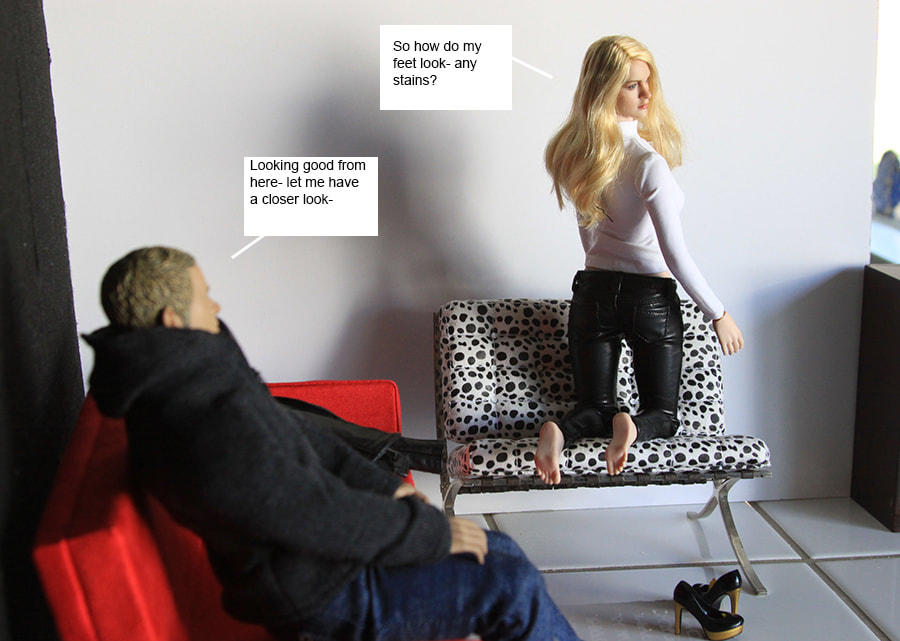 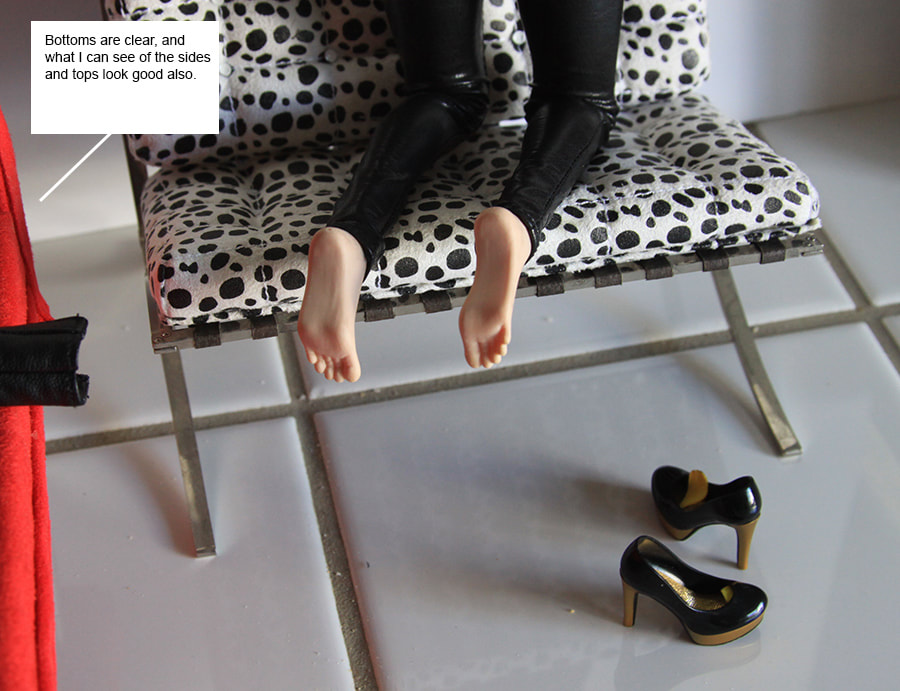 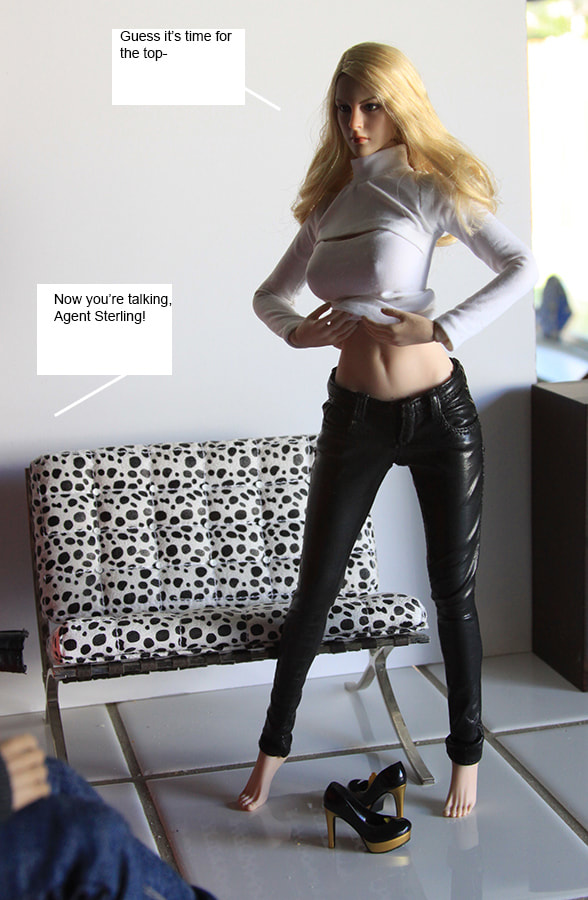 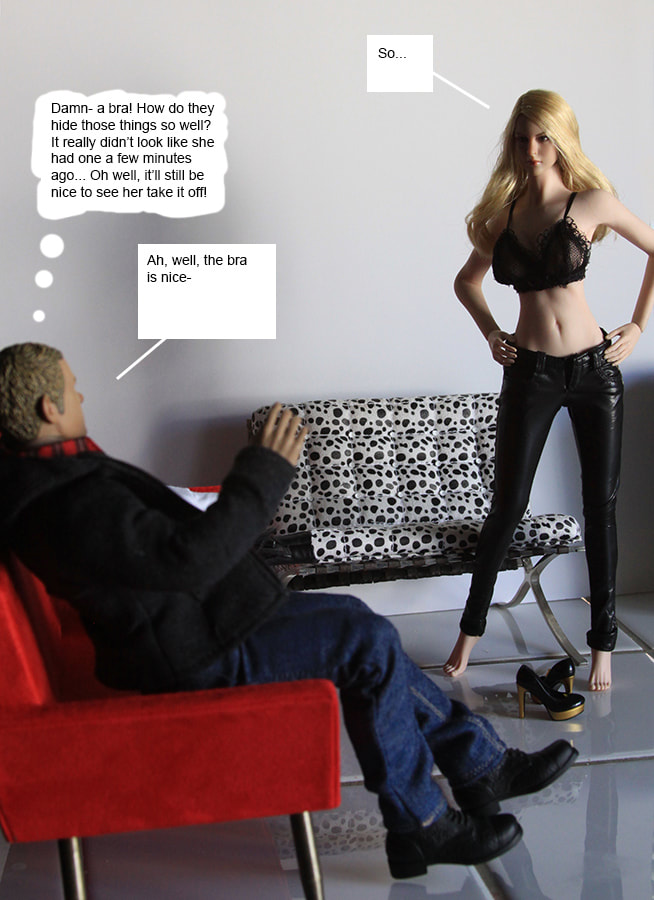 Actually, the lingerie set isn't part of her original attire; it wasn't worn under her "leather" clothes. I added it here because it's new and I wanted to see what it looks like on her. 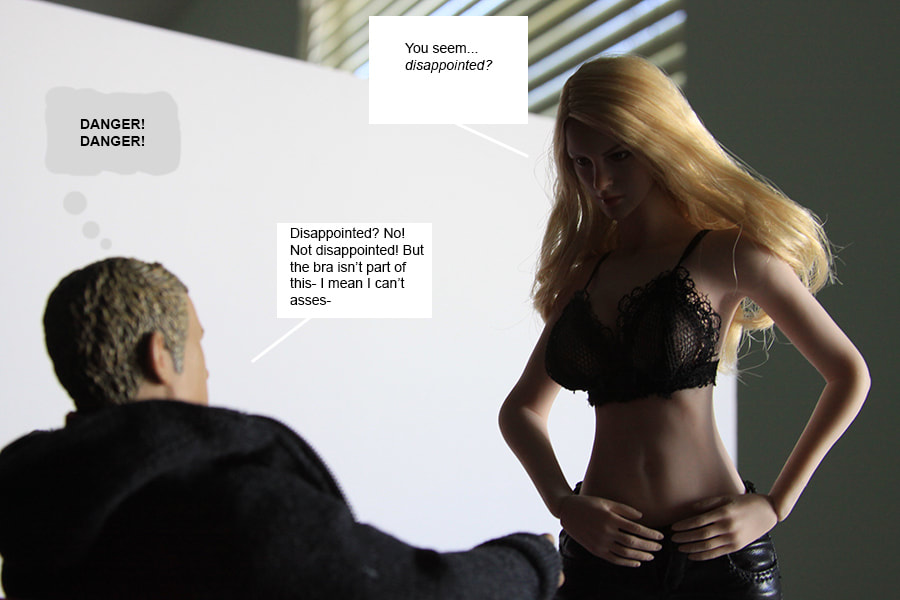 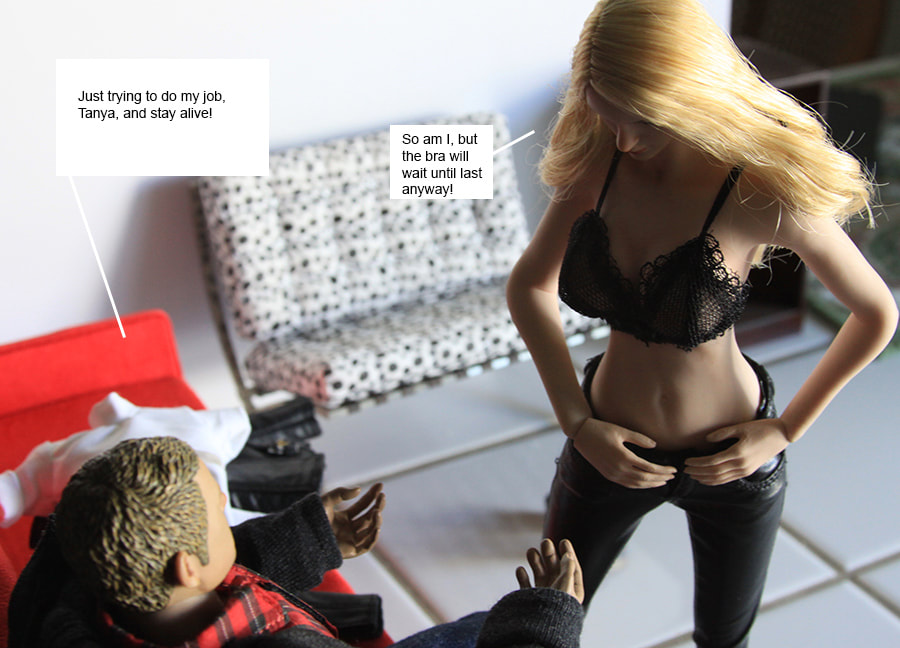 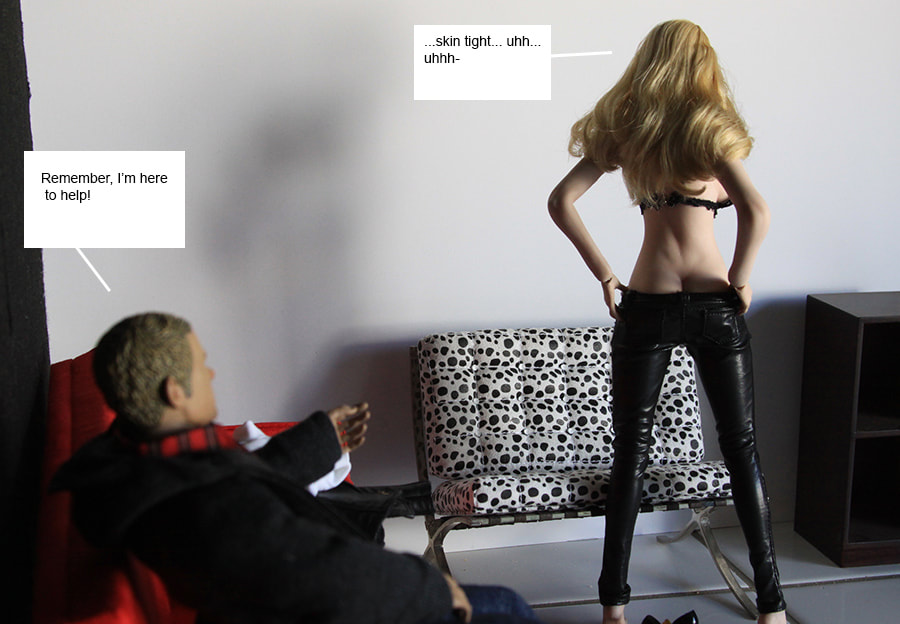 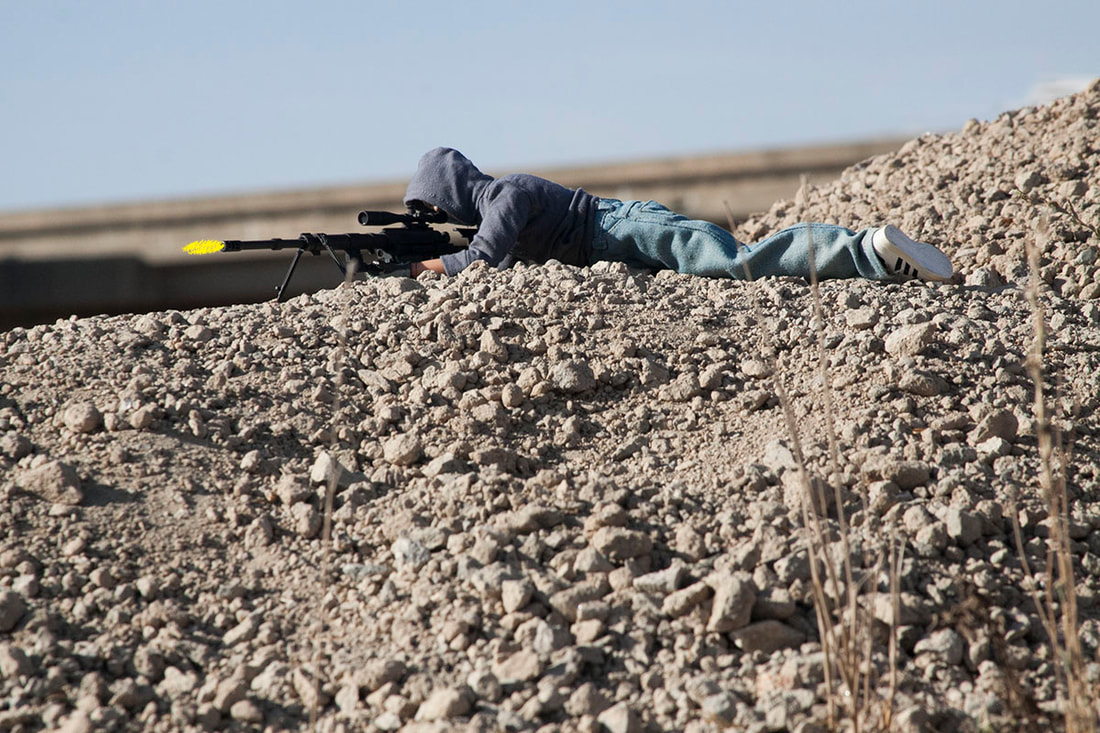 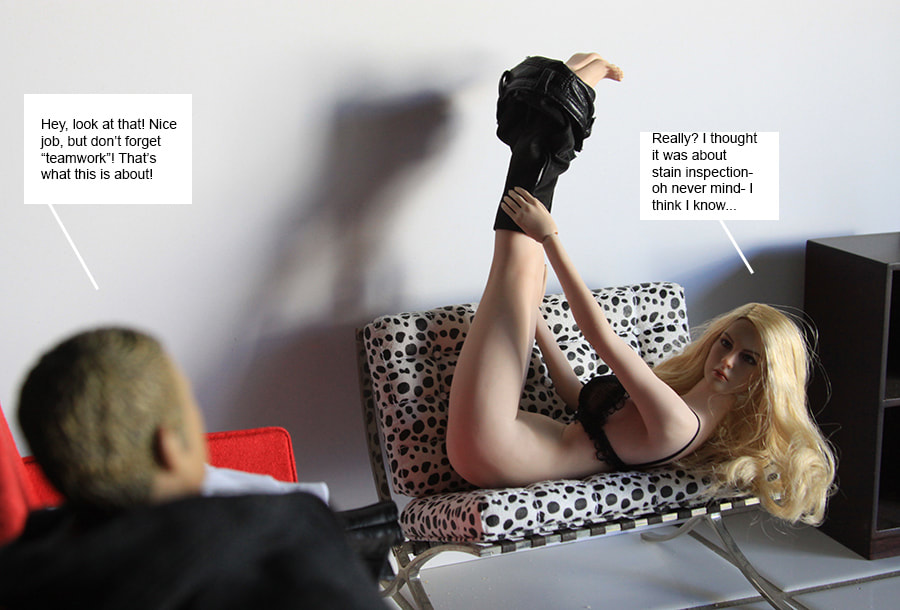 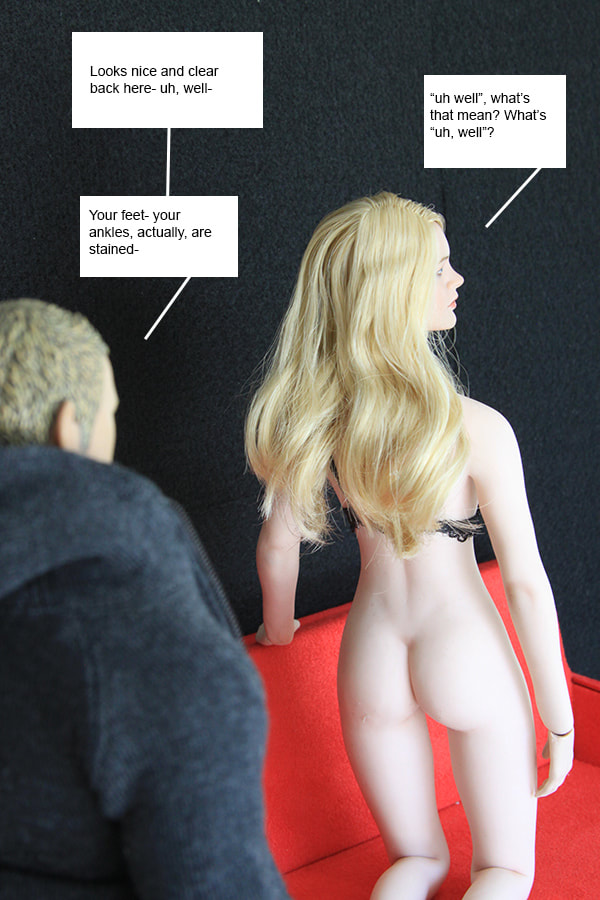