I recently got this set to use for a scene in the saga. Rather than wait until I was ready to use it, I thought I would try it out with a couple of figures first. For one thing, I wanted to make sure it would support the weight of a TBLeague figure, as they're quite a bit heavier than hard plastic bodies. I also wanted to make sure it was tall enough to suspend the figure realistically.

The rack performs flawlessly! It's incredibly stable, and easily supports the heavy TBL body through any kind of maneuver one could ask of it.

This isn't actually a review, at least not in the way I usually do them. For one thing, this photo set doesn't show the head that's included with the set or the head gear. Those will be shown in another photo set, as the Spank head has a different skin tone from the current TBL bodies.

What was supposed to be a few quick photos turned into more than 60.  At any rate, here are Scar (an old Bbi Villain), and Robyn Jane (Phicen/TBL Robin Hood head and TBL Pain Killer Jane body)... 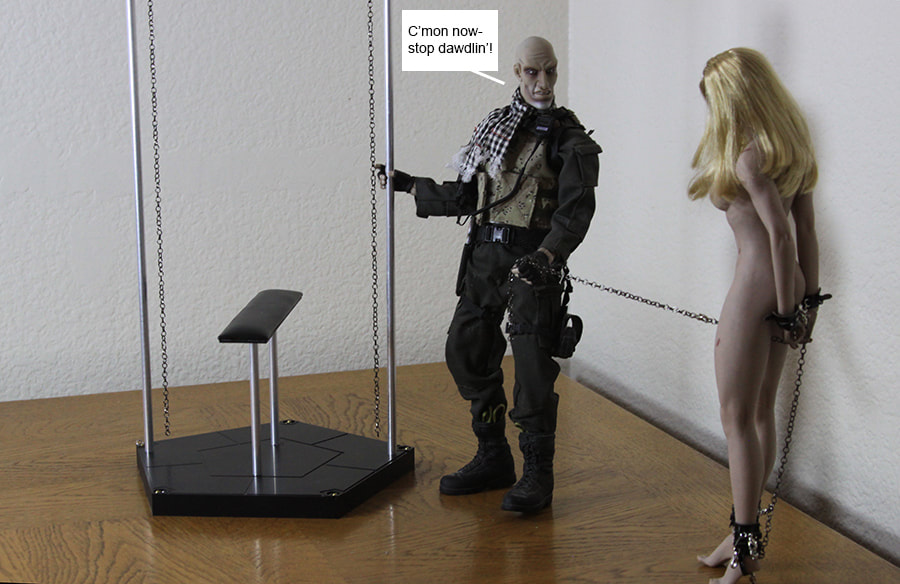 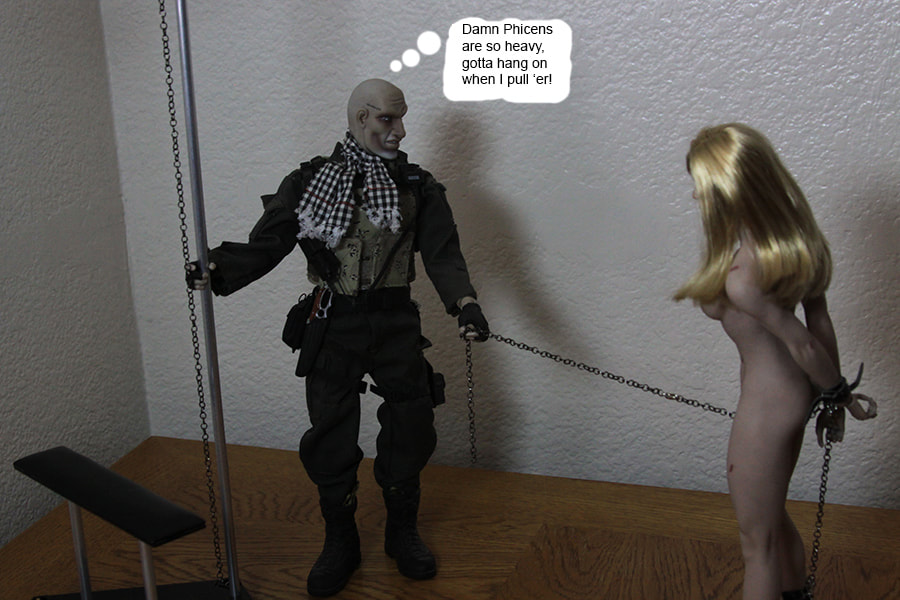 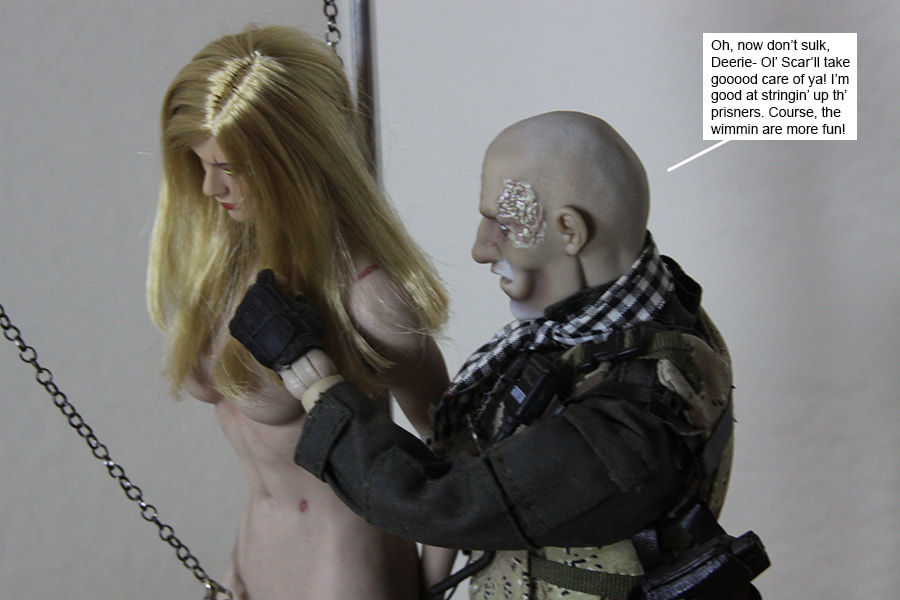 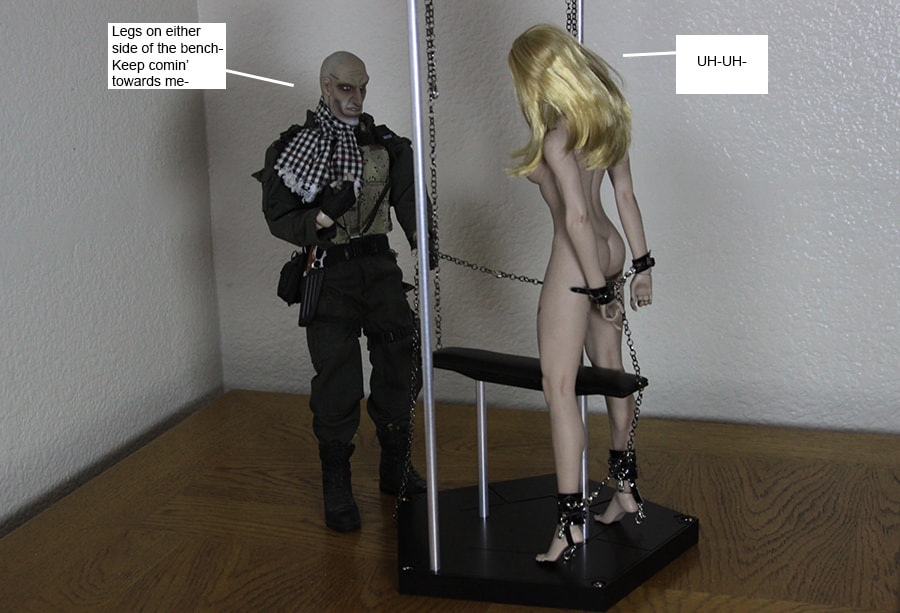 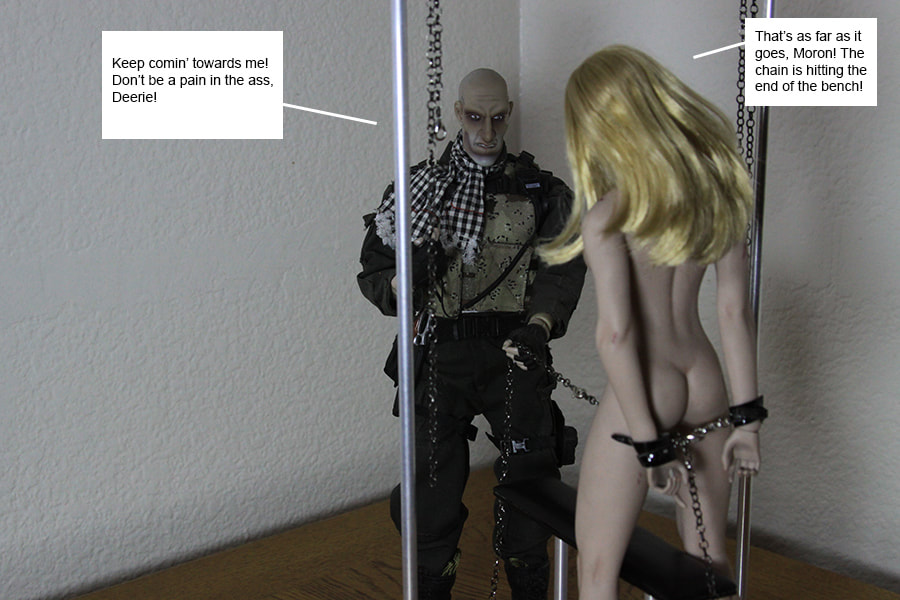 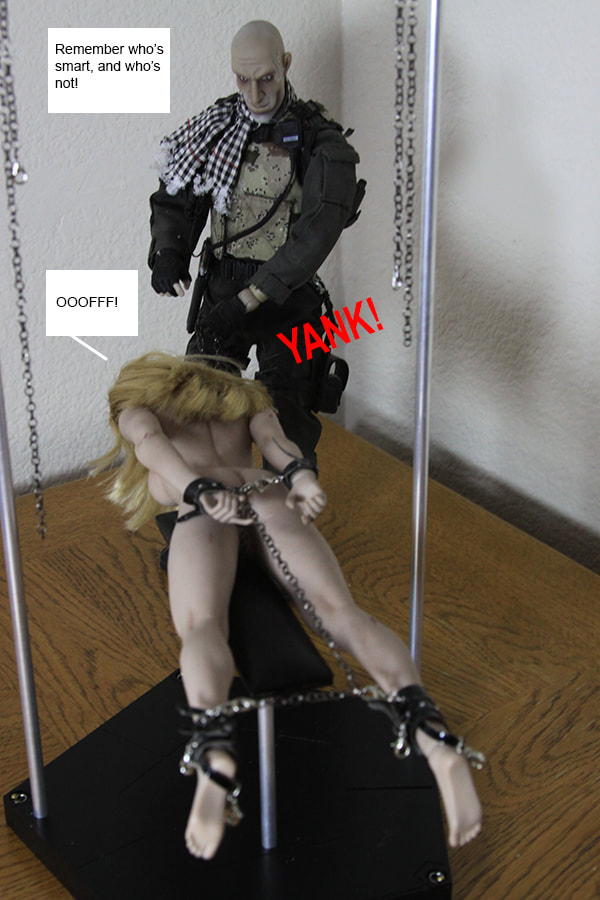 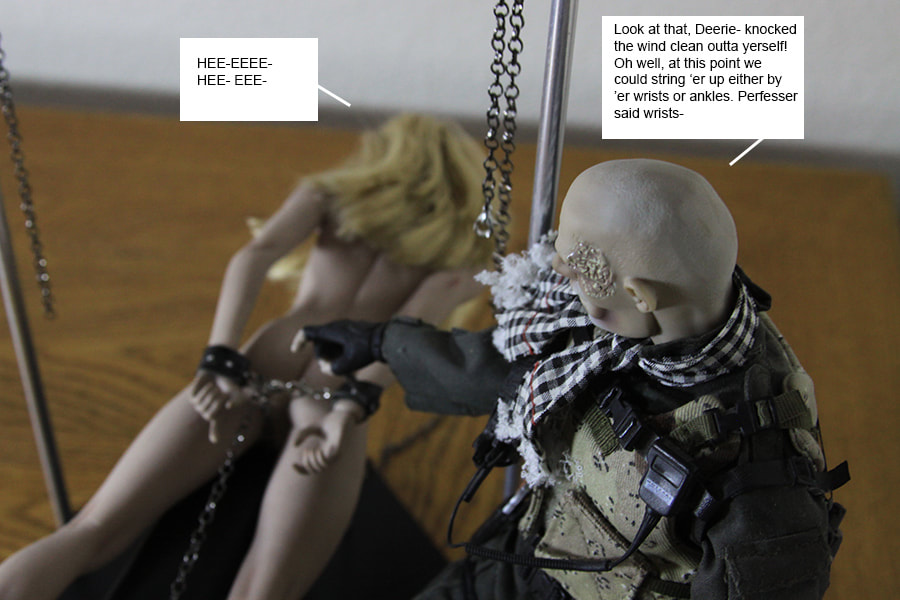 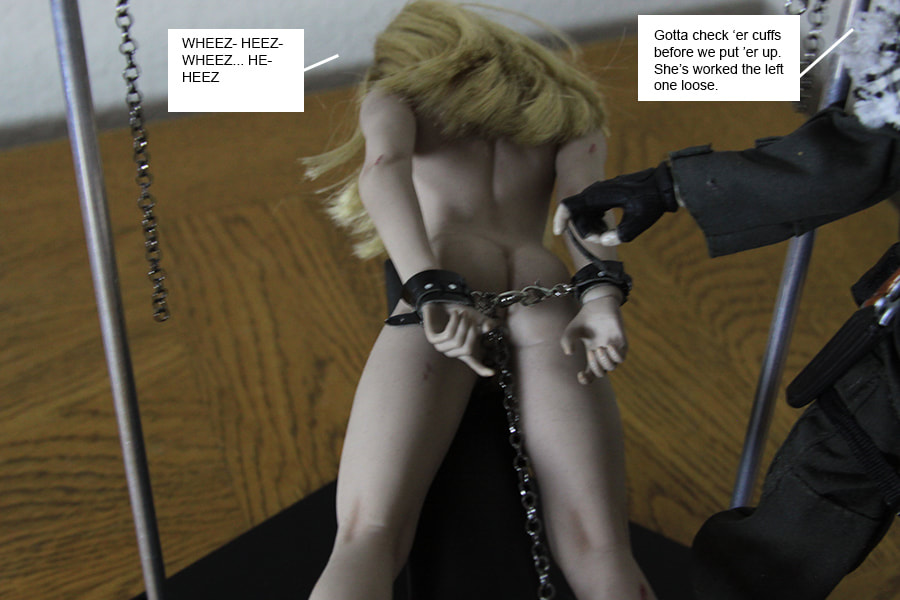 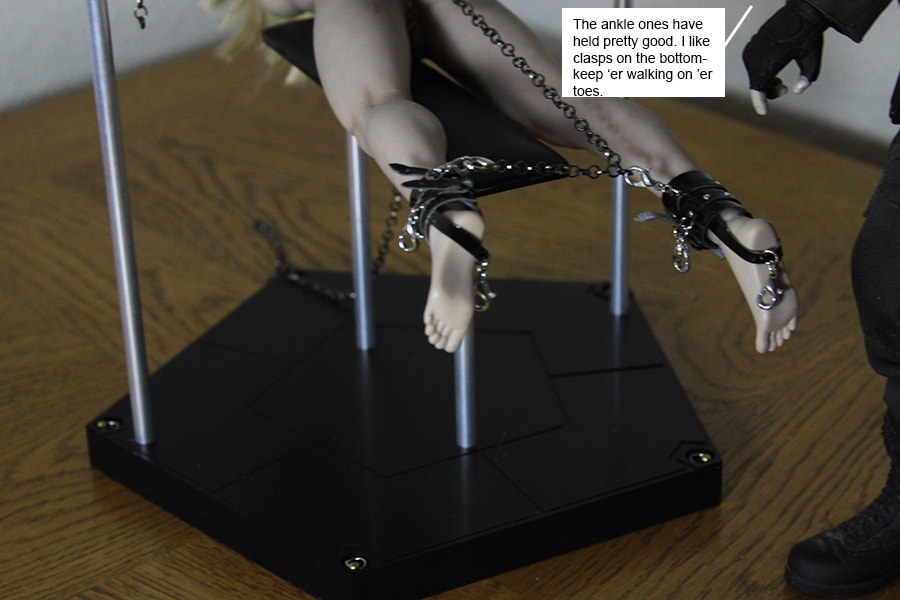 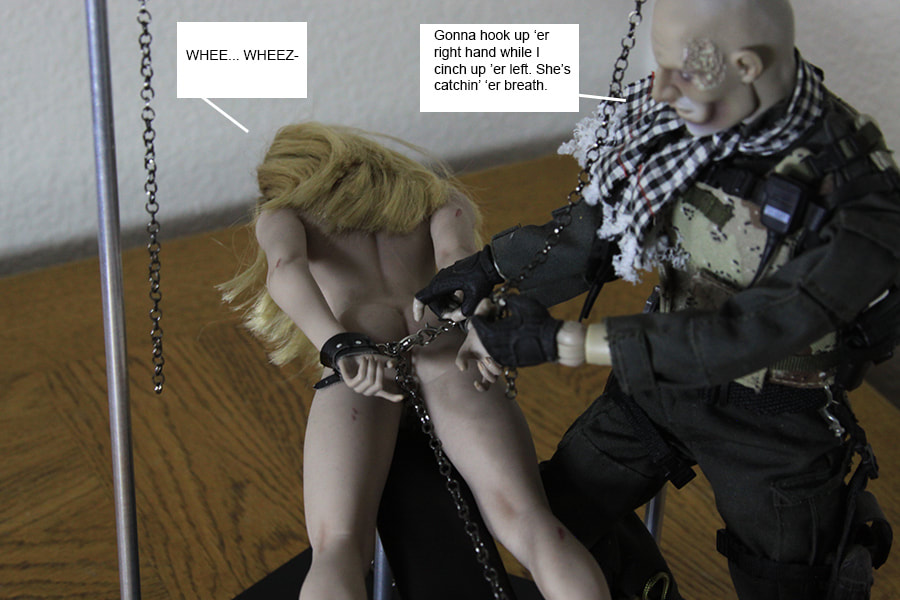 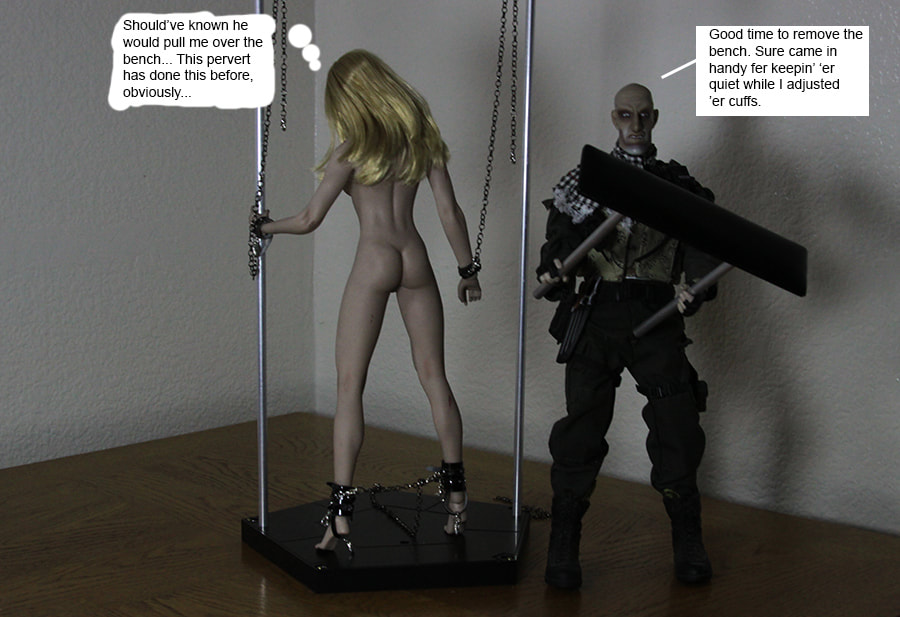 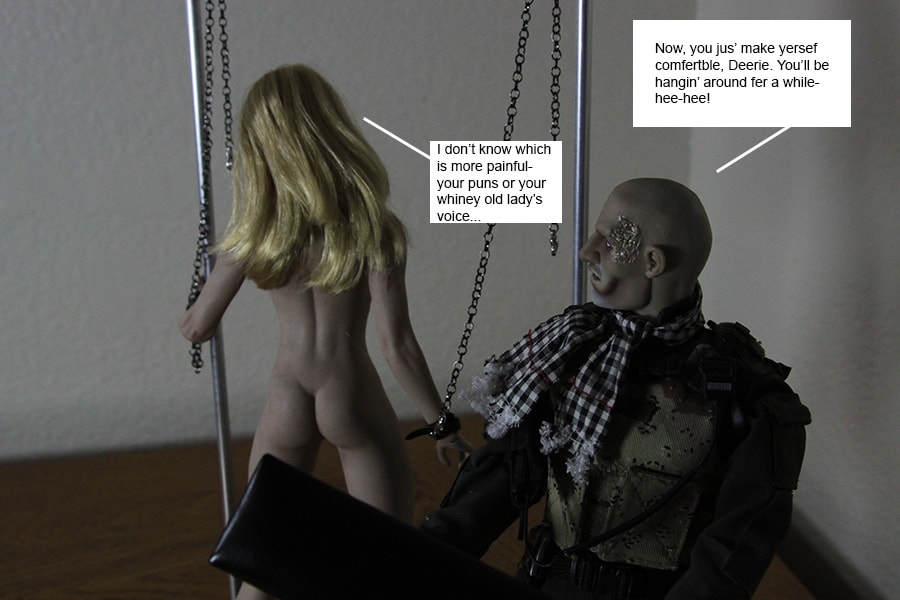 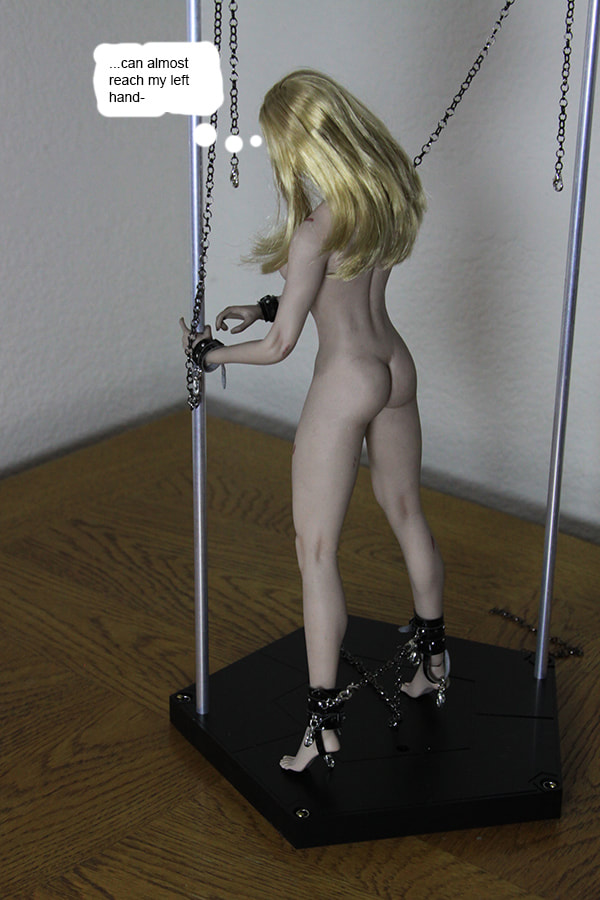 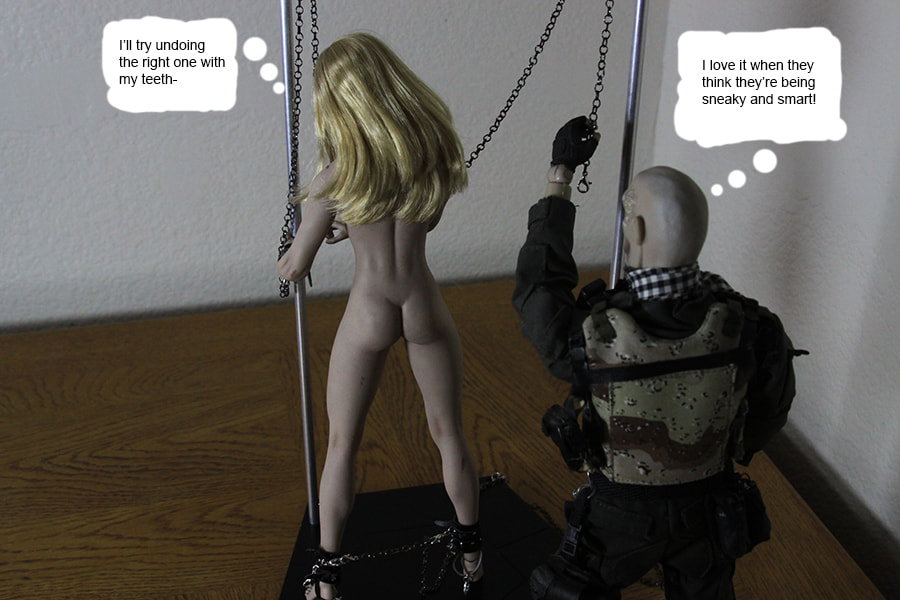 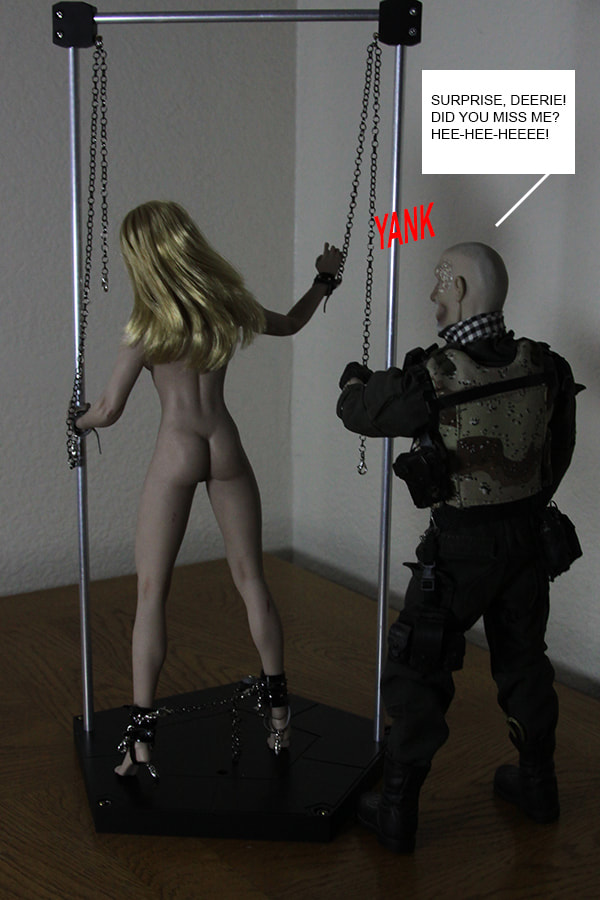 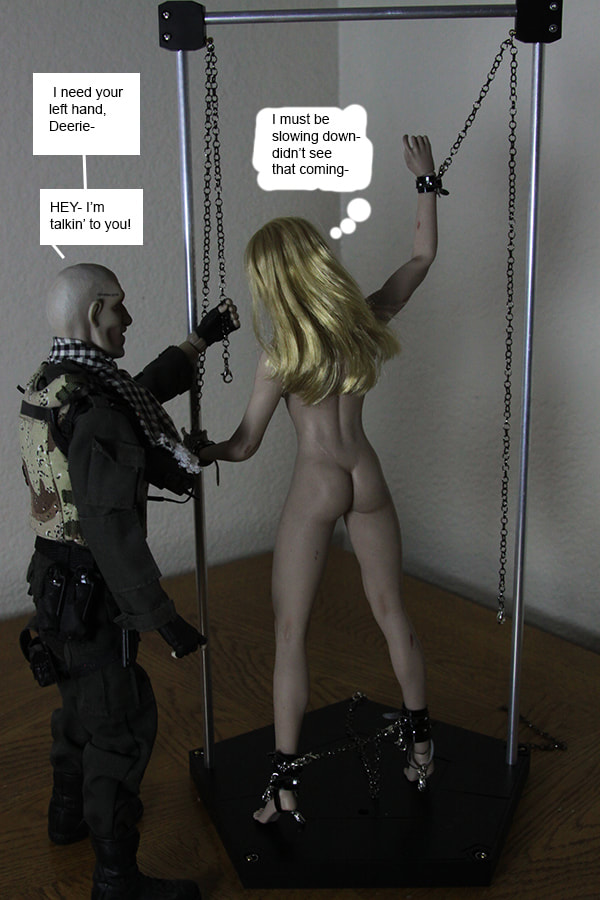 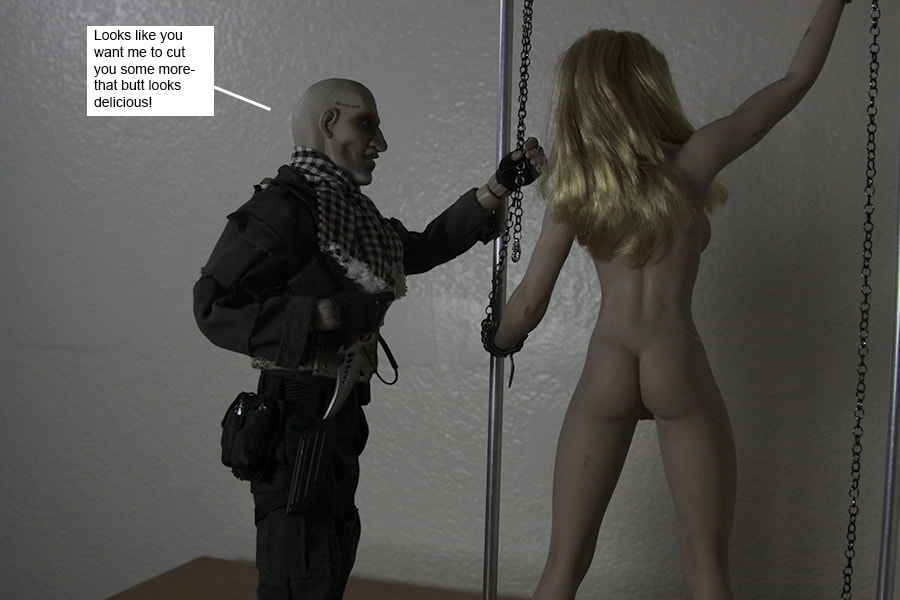 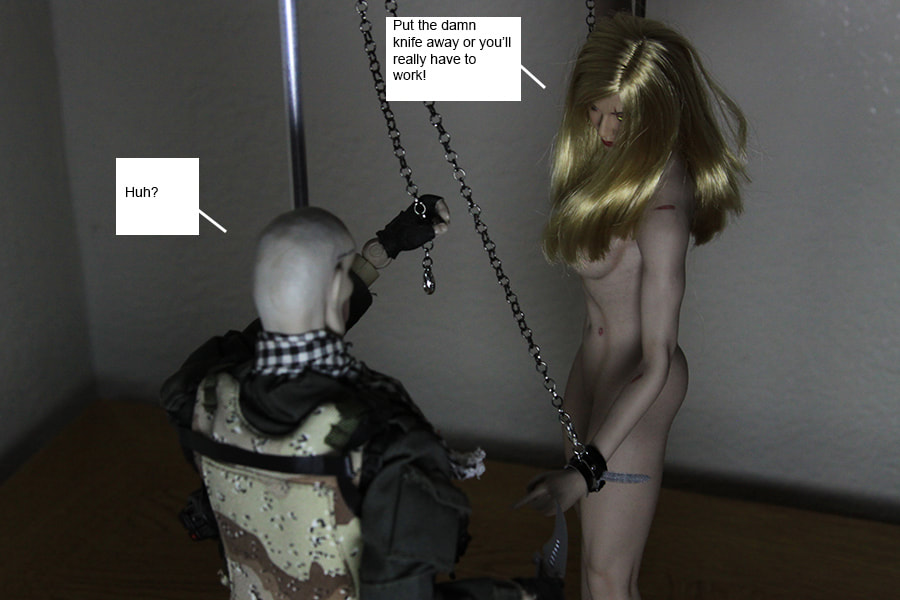 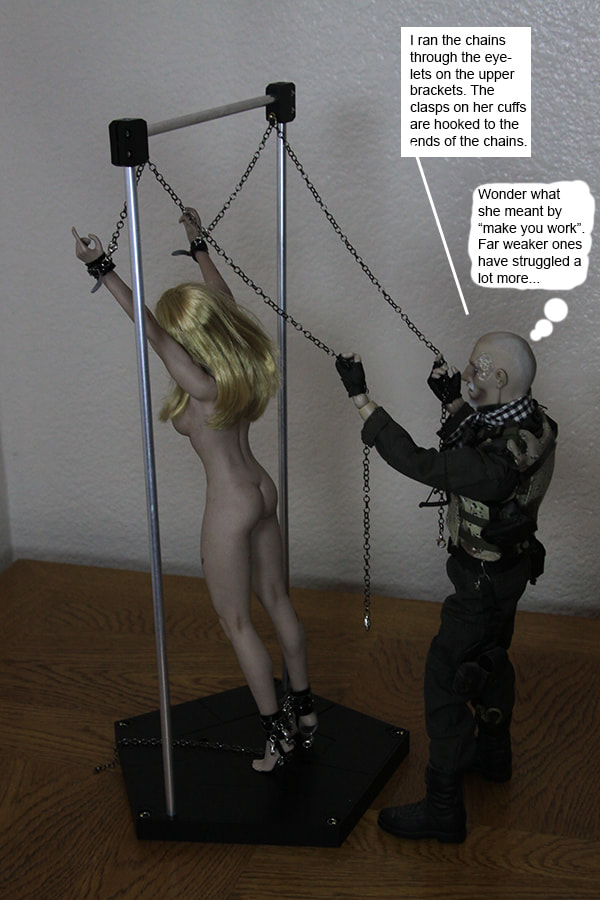 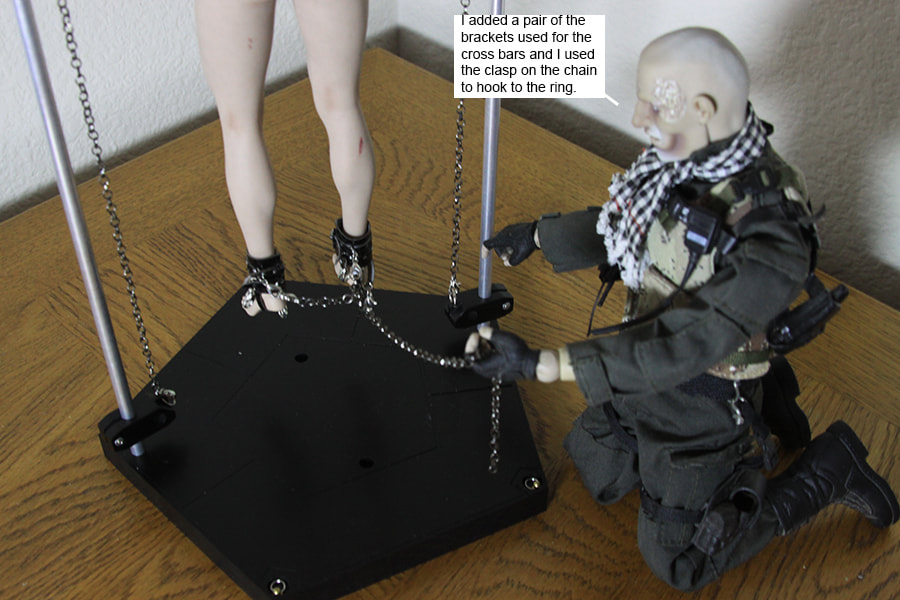 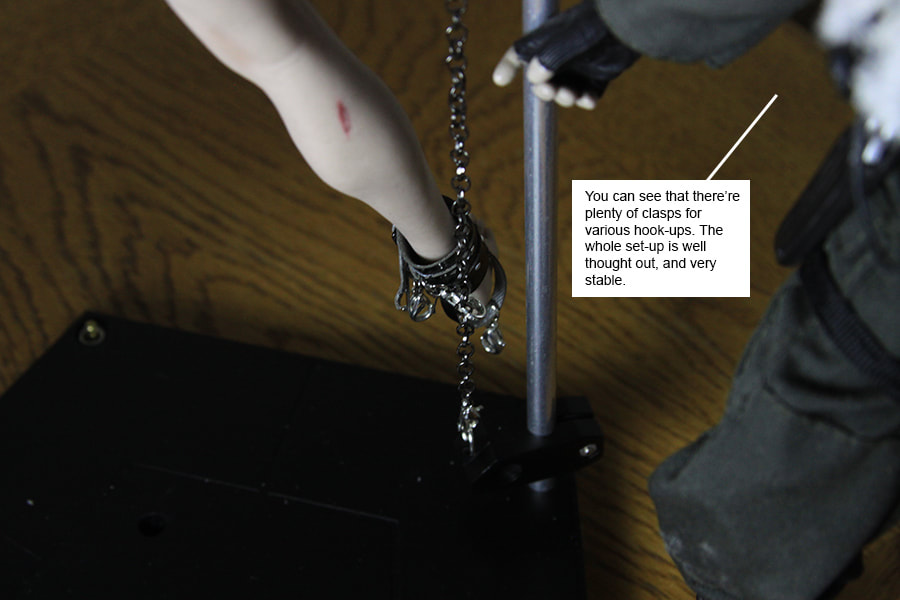 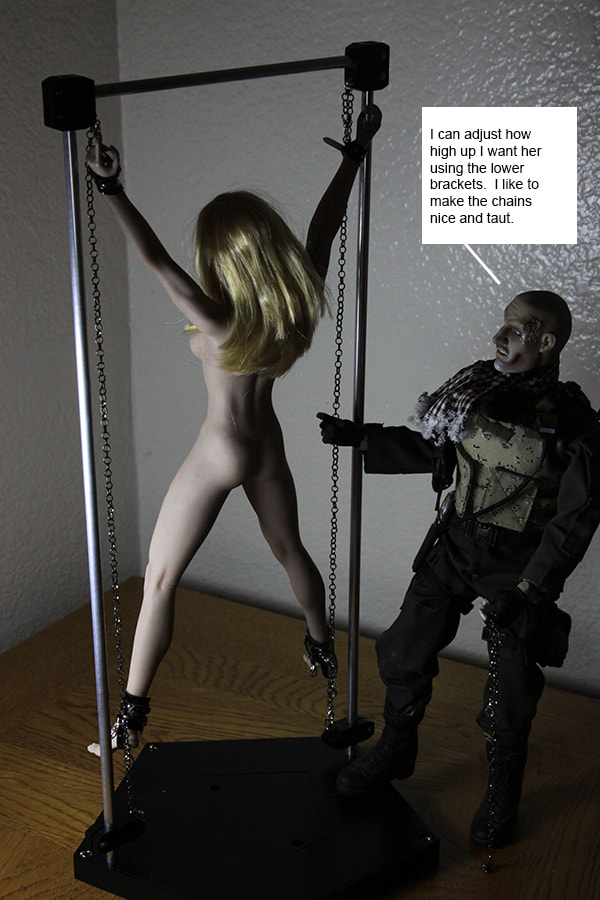 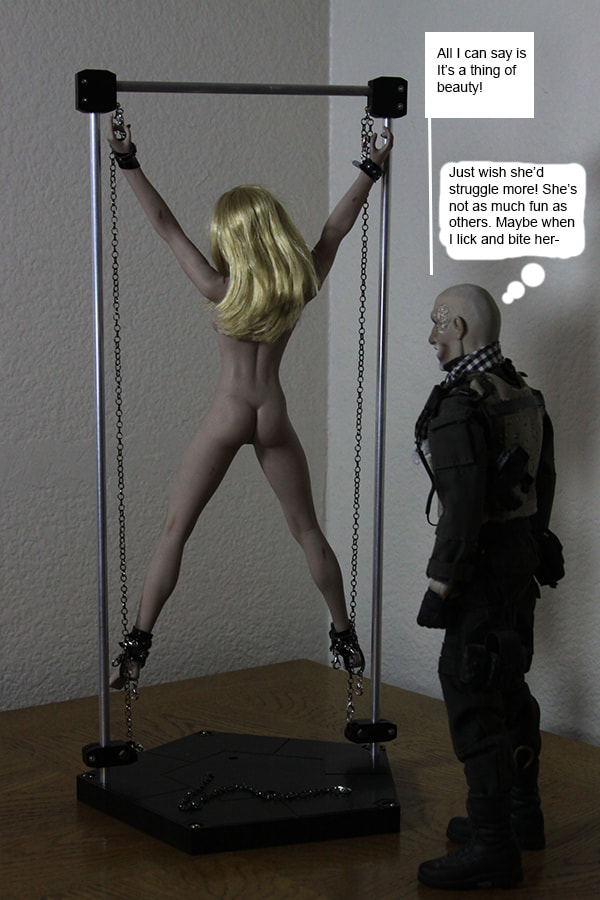 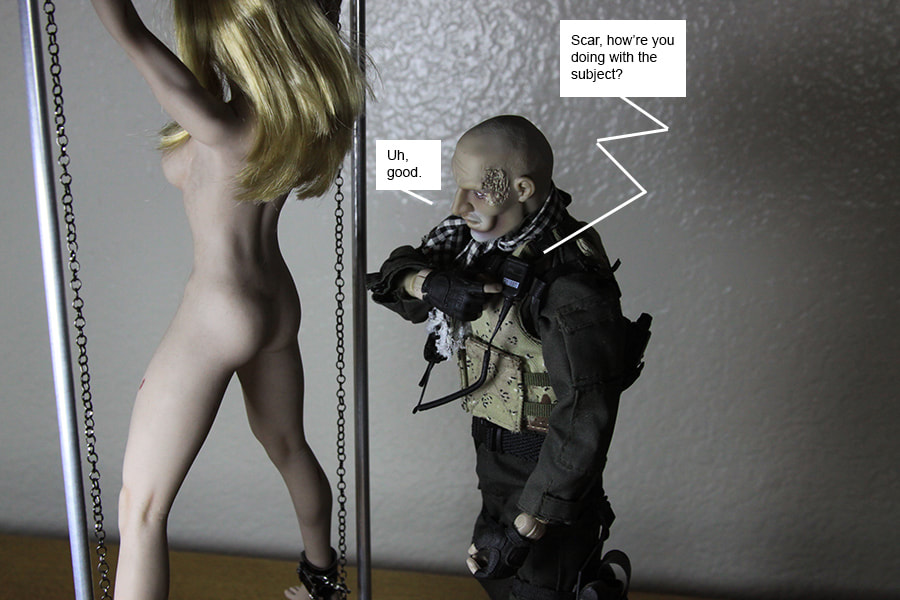 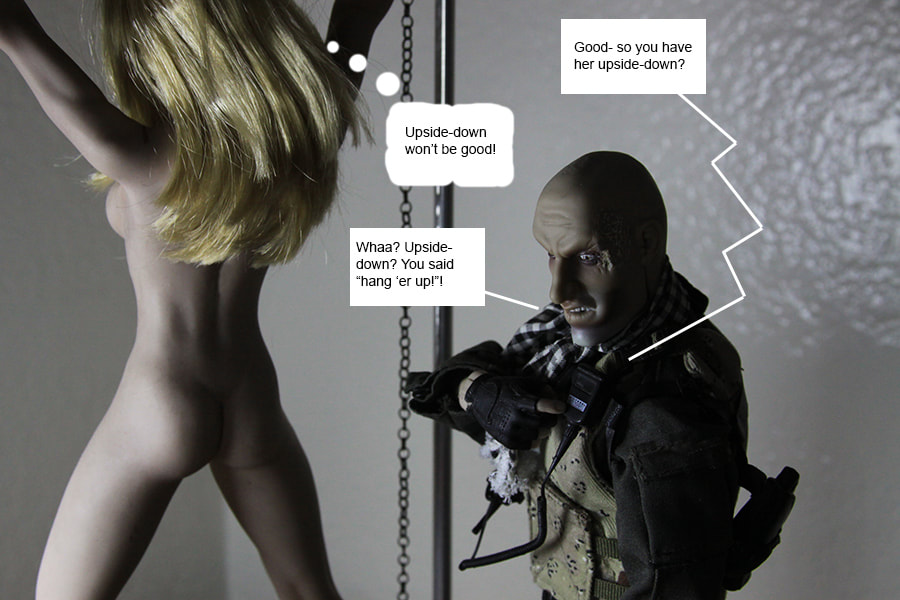 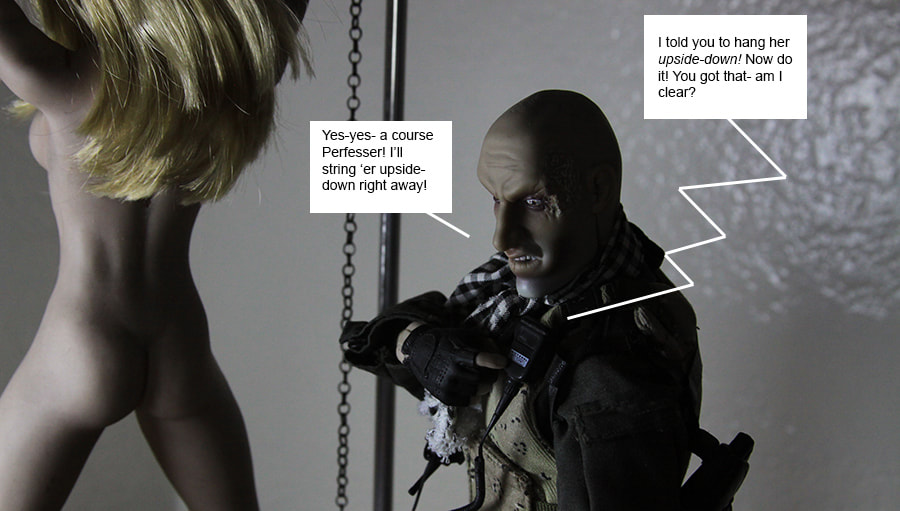 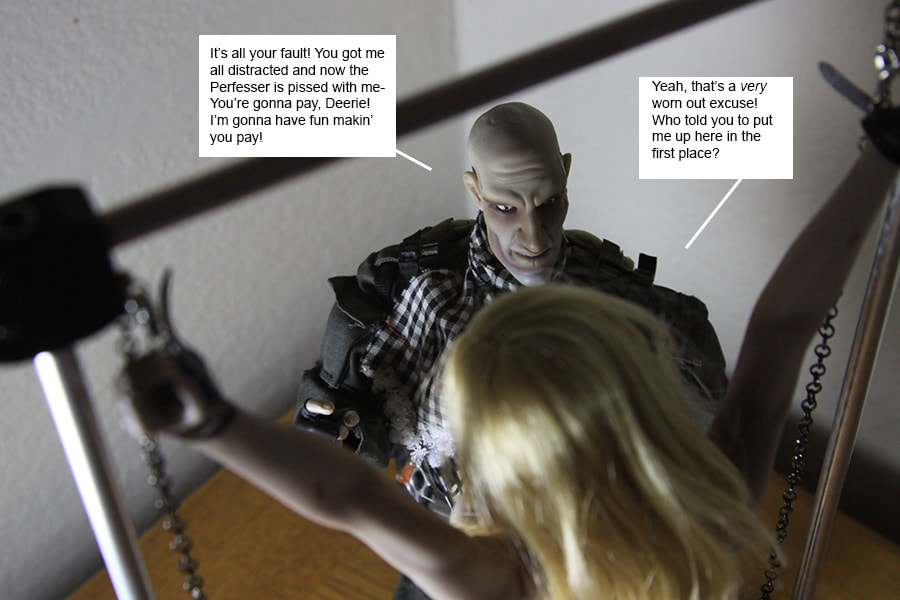 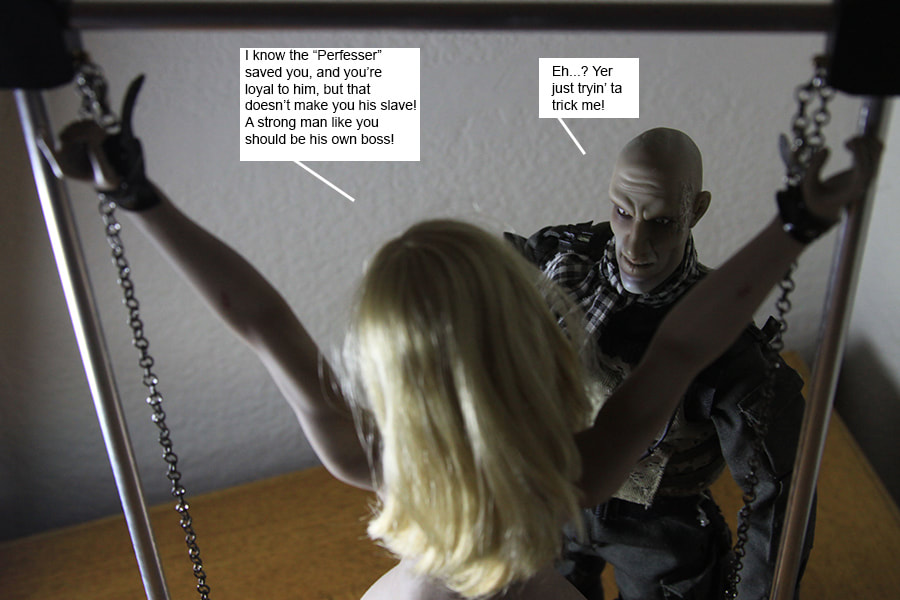 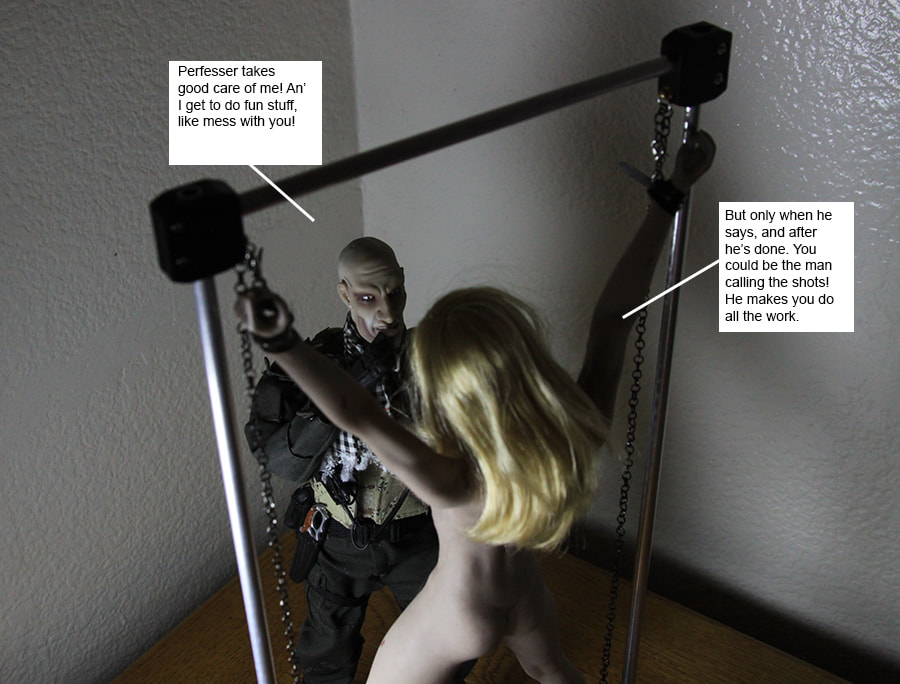 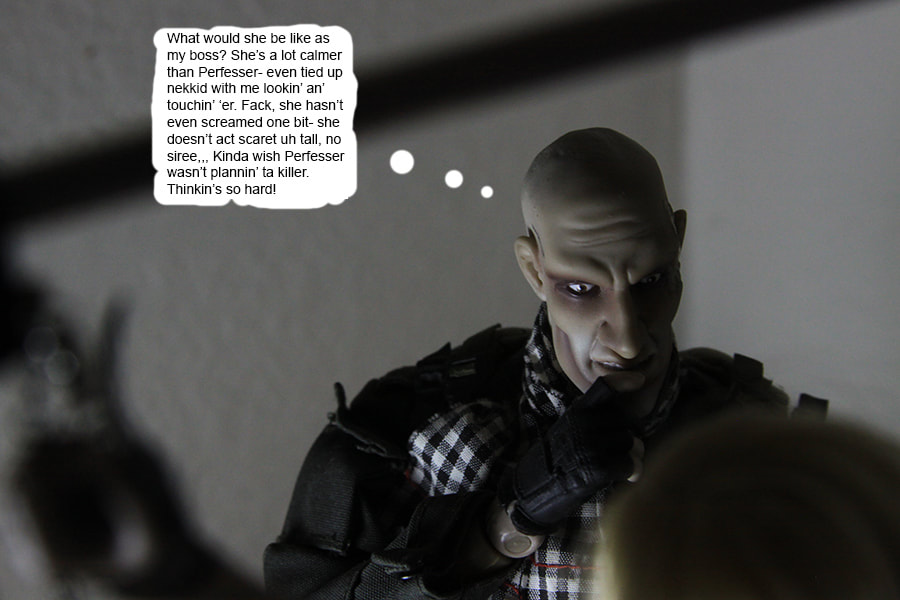