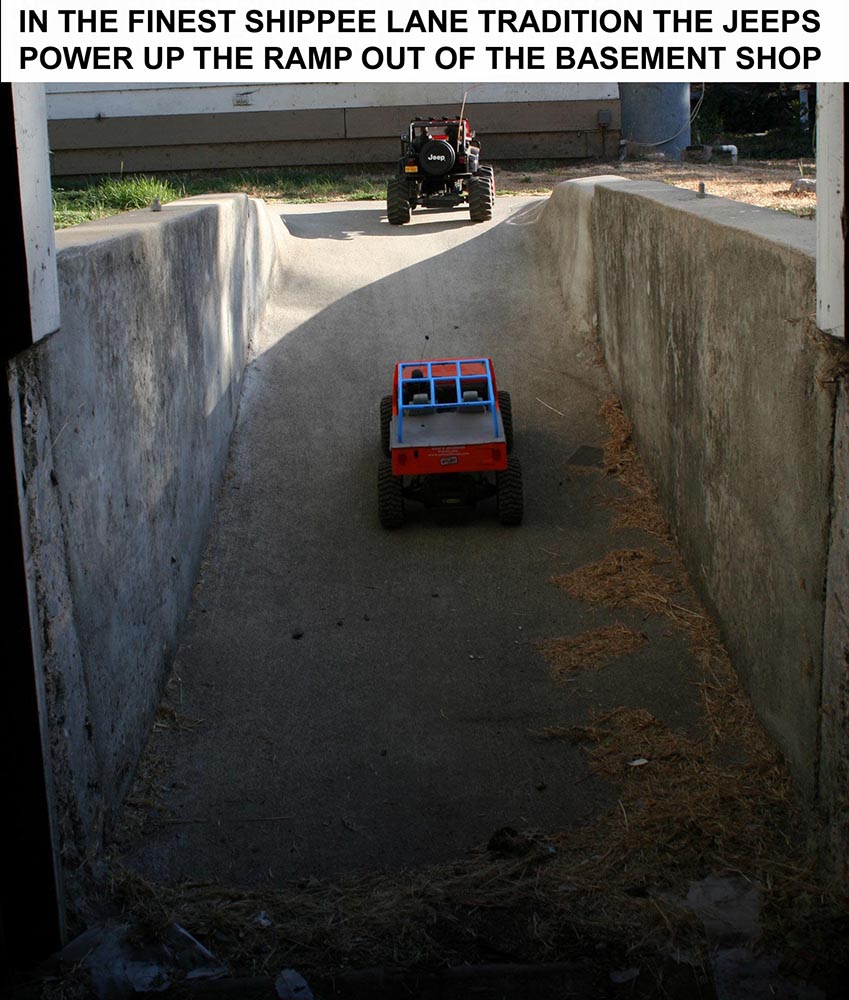 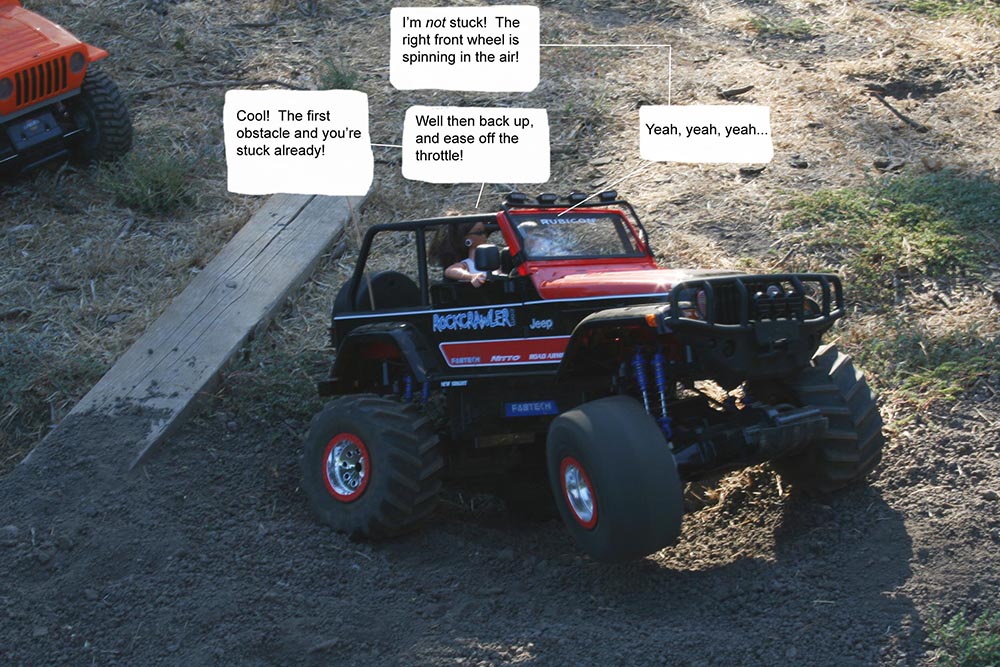 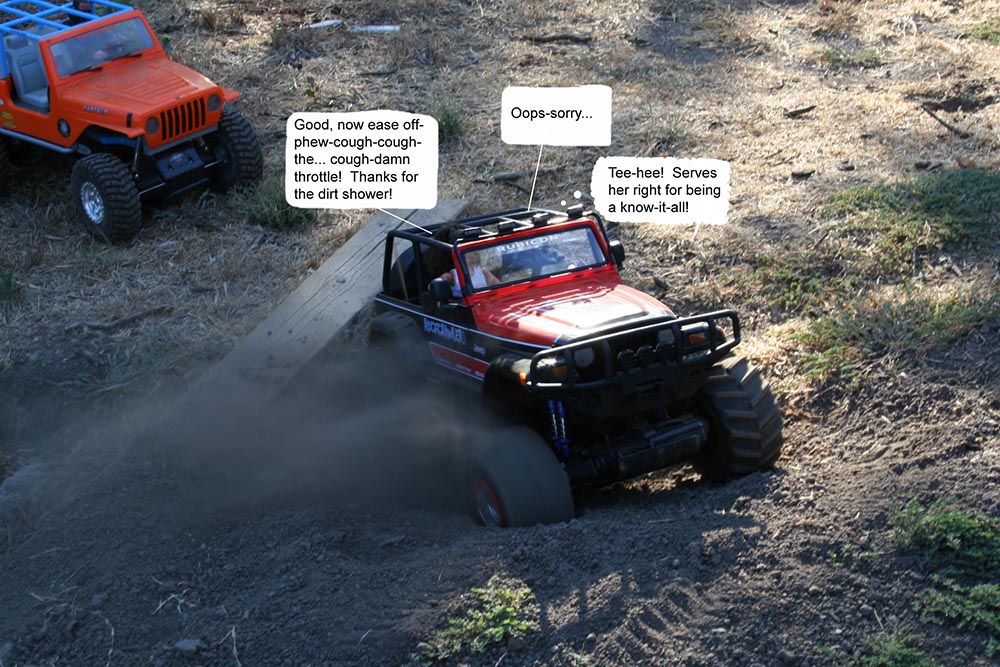 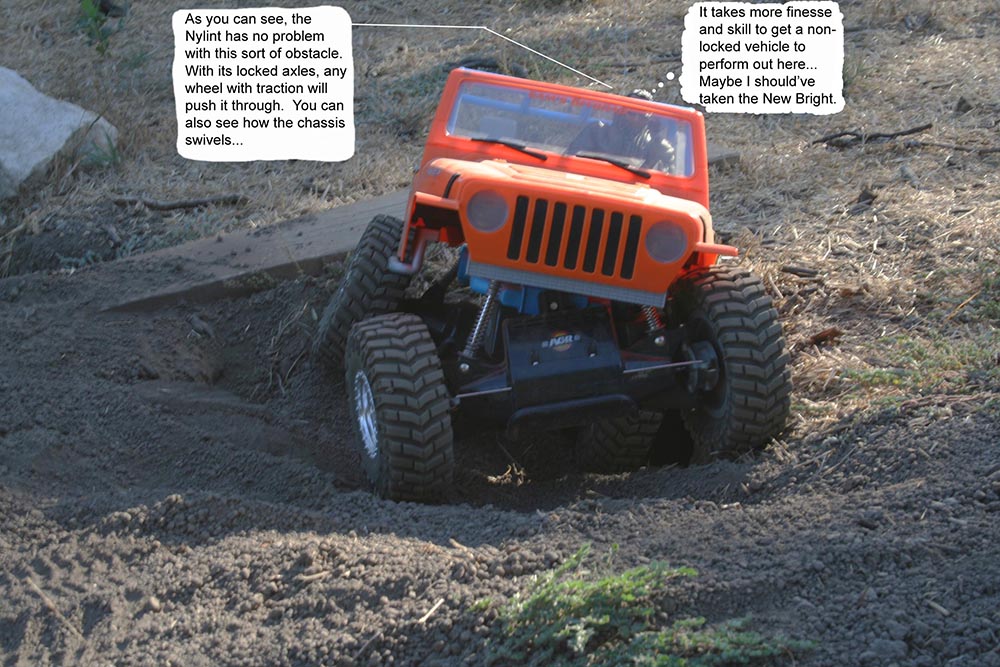 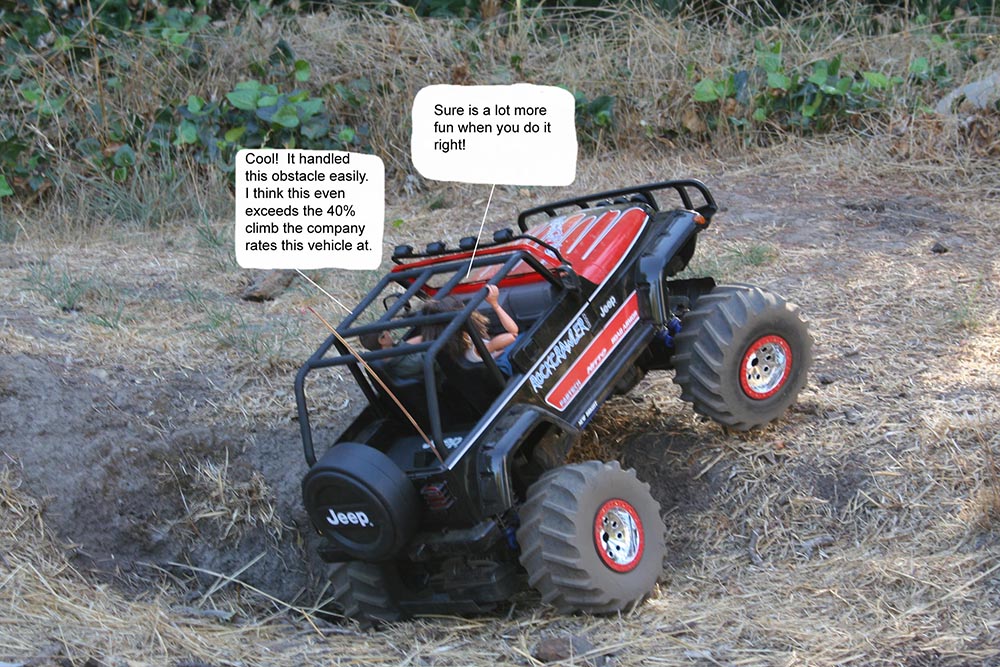 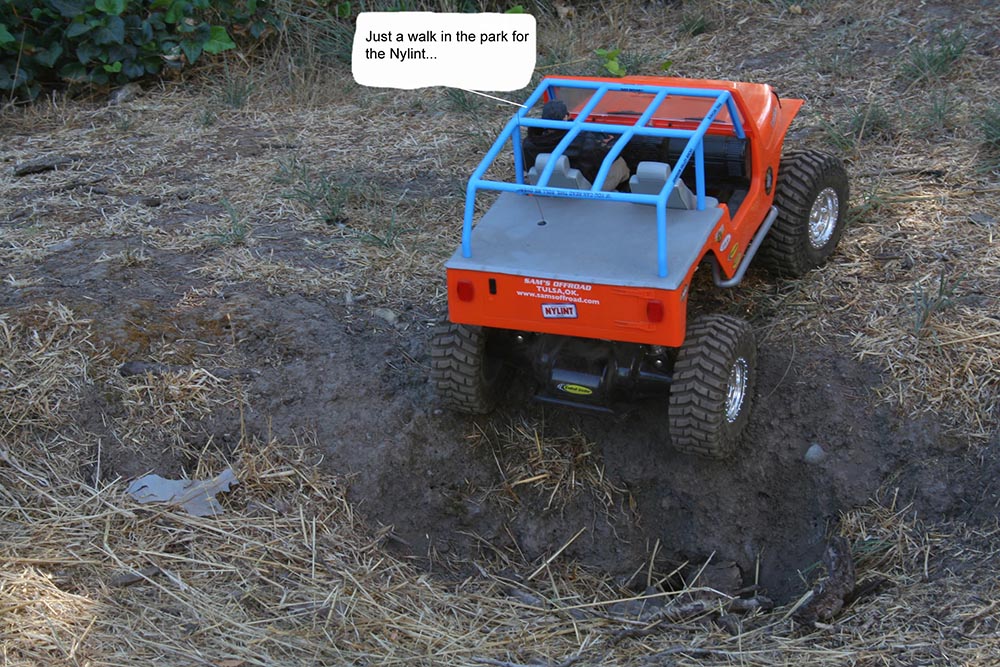 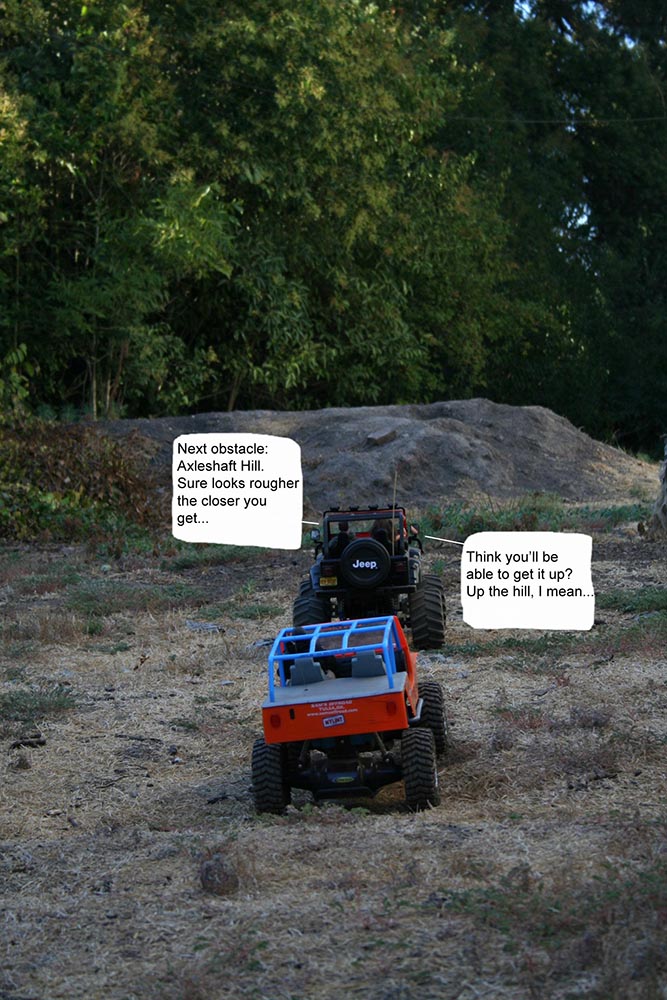 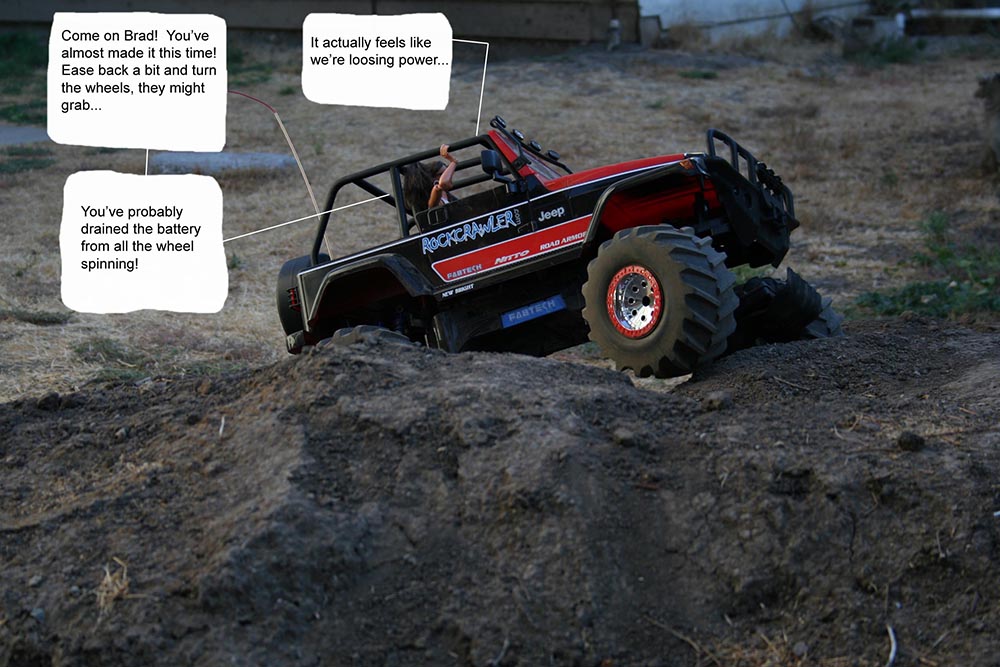 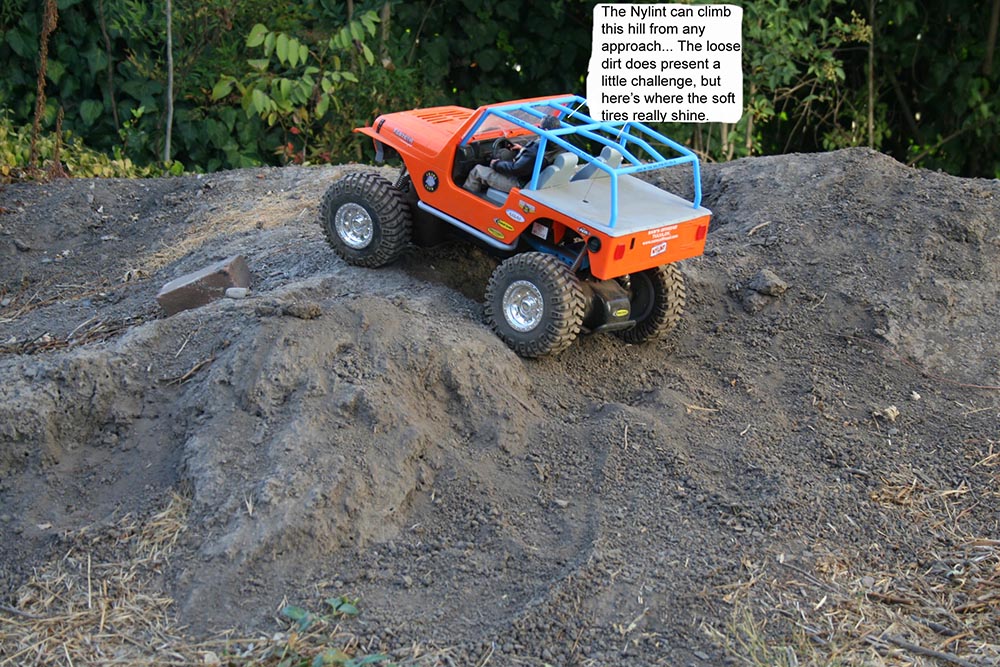 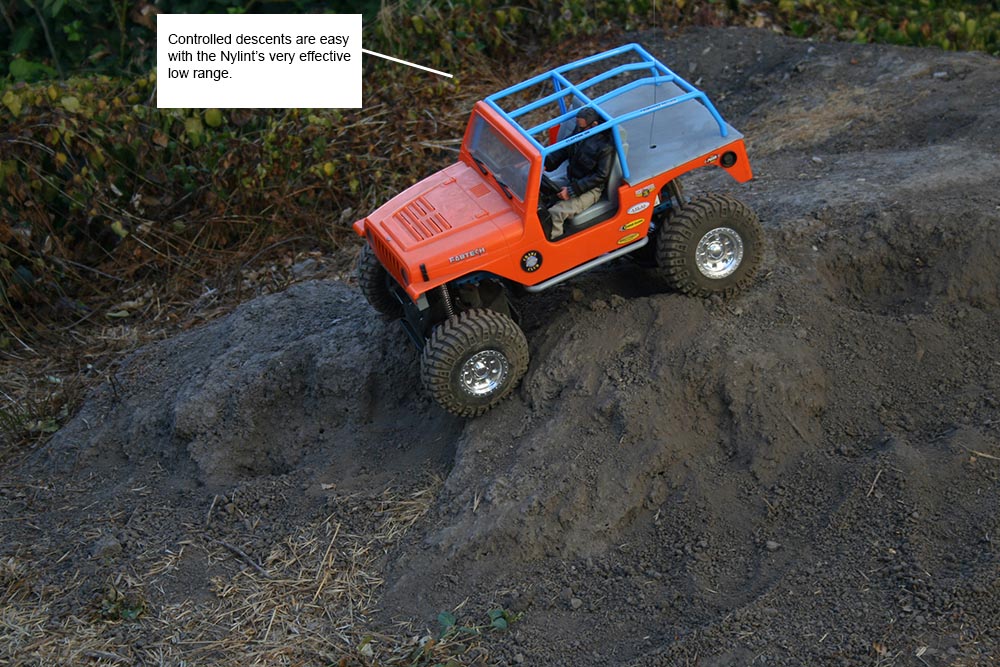 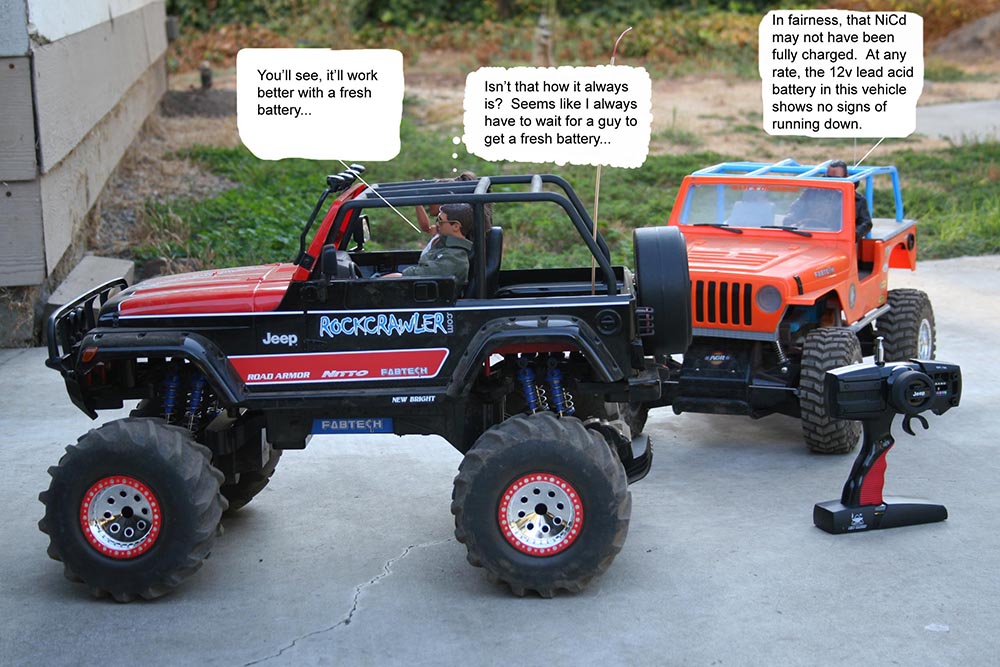 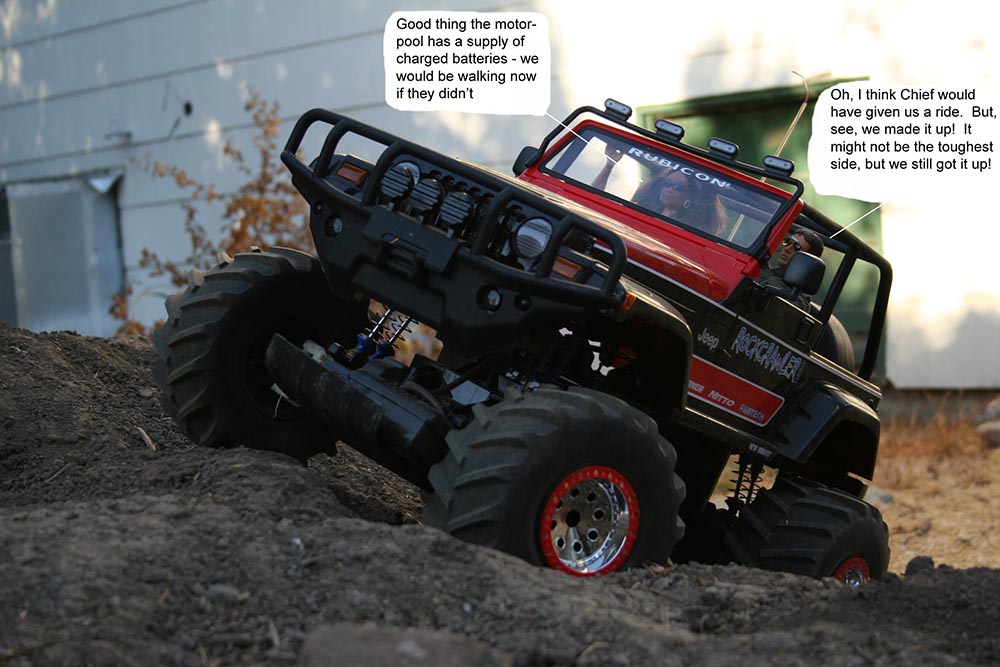 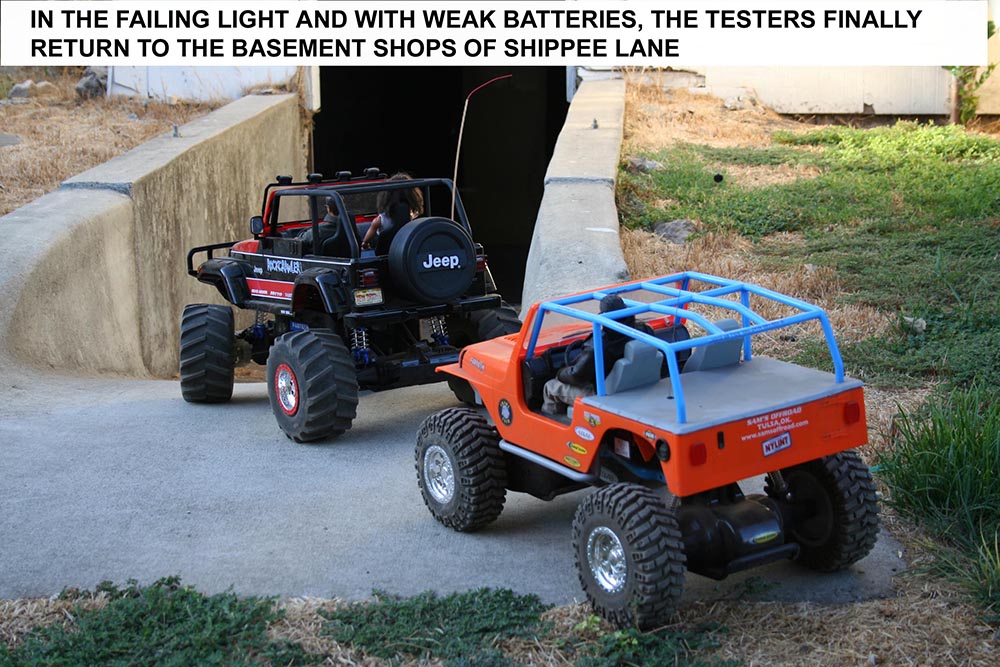 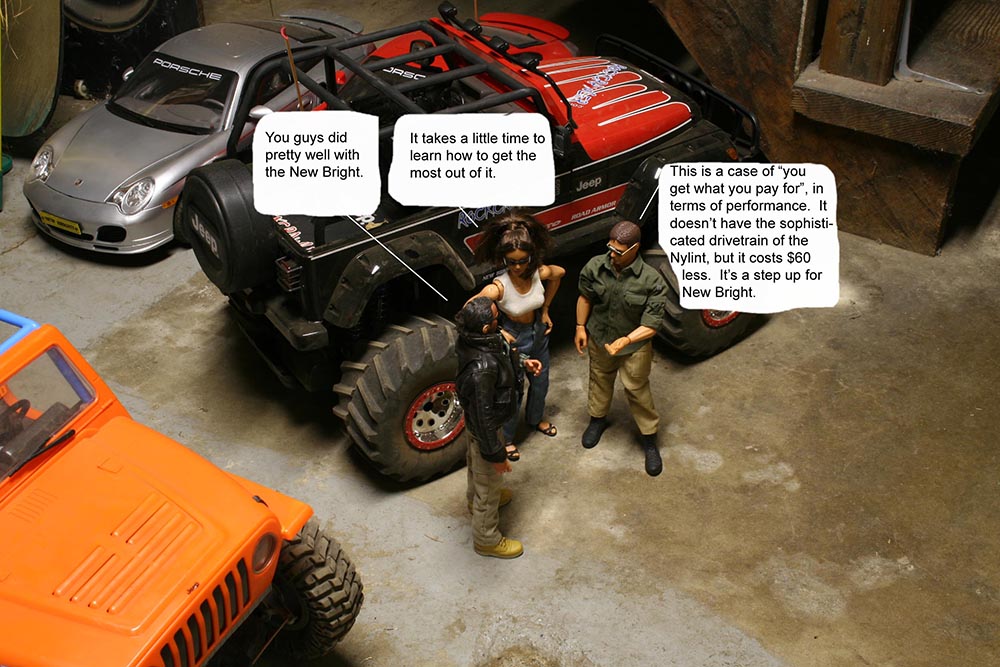 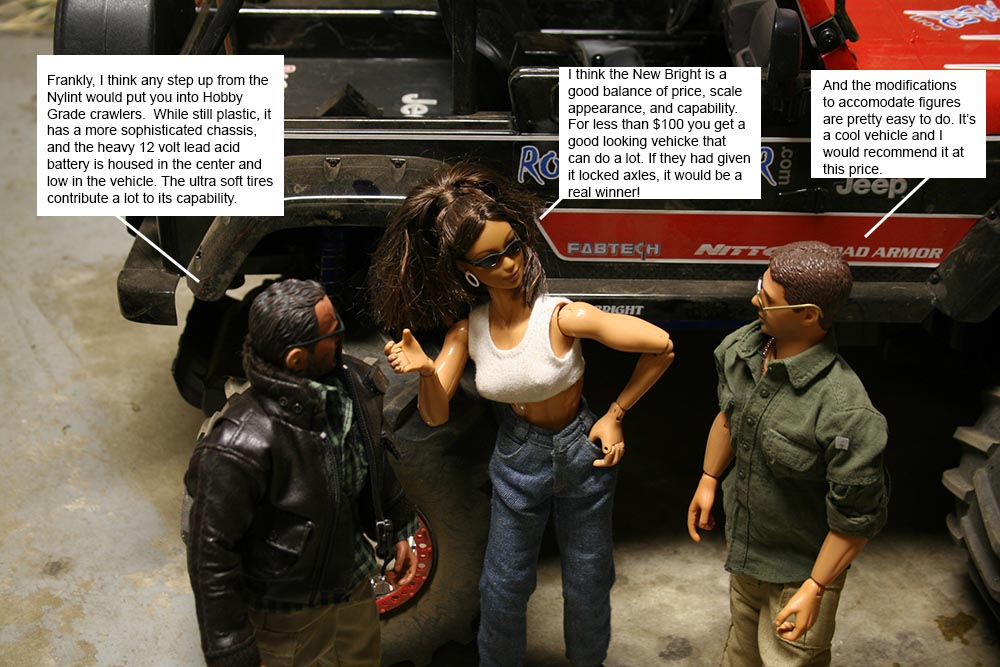 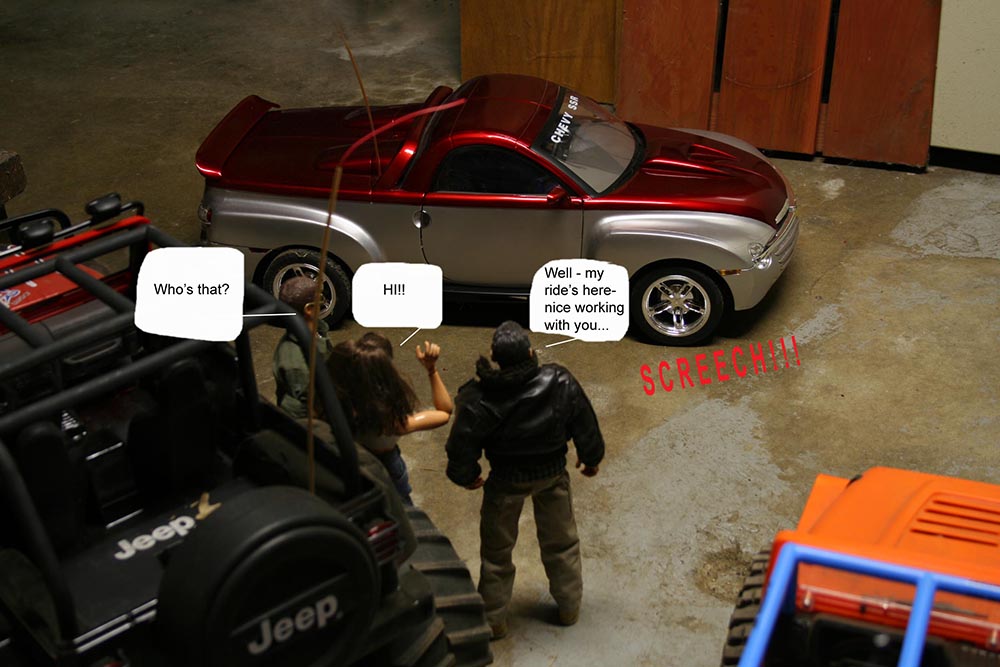 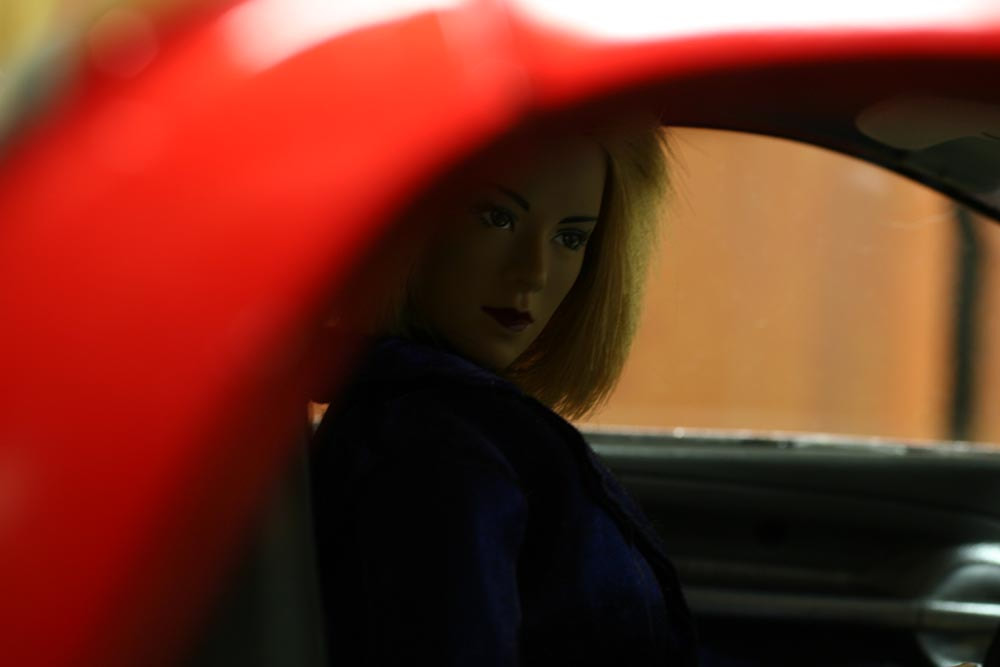 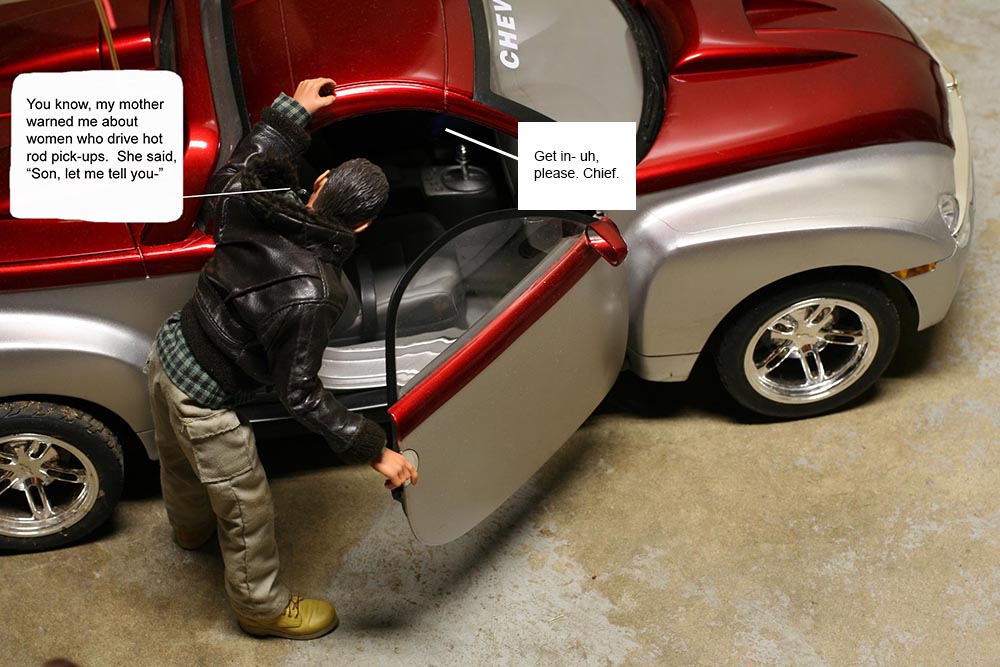 These photos were taken in September of 2006. As I've mentioned else where, the one sixth hobby has moved on quite a bit since then, and I along with it.  My two rock crawlers were culled from the motorpool during a drastic down-sizing in the spring of 2016. It was a tough decision, but the truth is I hadn't been using them, and I was moving to a new home that doesn't have nearly the space or the land.  The New Bright Jeep Wrangler Rubicon is still in the motorpool. After all, it's the Chief's ride, and I wouldn't want to cross him.