PLAYING WITH A PHICEN S17B

I'll just come out and say this: Normally action figures with small breasts aren't my choice. This doesn't mean that all of my figures have to be the most buxom available.  For me, it's about the overall look of the figure- I like them to be well proportioned.

Phicen/TBL made a very nice "mid bust" figure years ago when they were still using the plastic skeleton.  It was a very nice figure, but it also happened to be the very first Phicen that I broke (I had almost one of each body they had made up to that point).  I don't think I ever removed the replacement from its box, and eventually she found a home elsewhere.

The S17B was introduced at least a year ago, maybe longer. I intended to get one, but I didn't "see" a character for it until recently. When I saw the Kimi Toys 010A sculpt, I immediately knew which body I wanted to use it with!

This isn't going to be a review- I think everyone knows what these bodies are like by now. They're quite fantastic, to put it bluntly.  Up to now, I've seen very few in-hand photos that really show how the body is sculpted. There are quite a few comparison photos with various bodies lined up, but other than the product photos, I haven't seen what the finished product looks like in terms of sculpt and contouring.

Let me introduce you to my S17B: 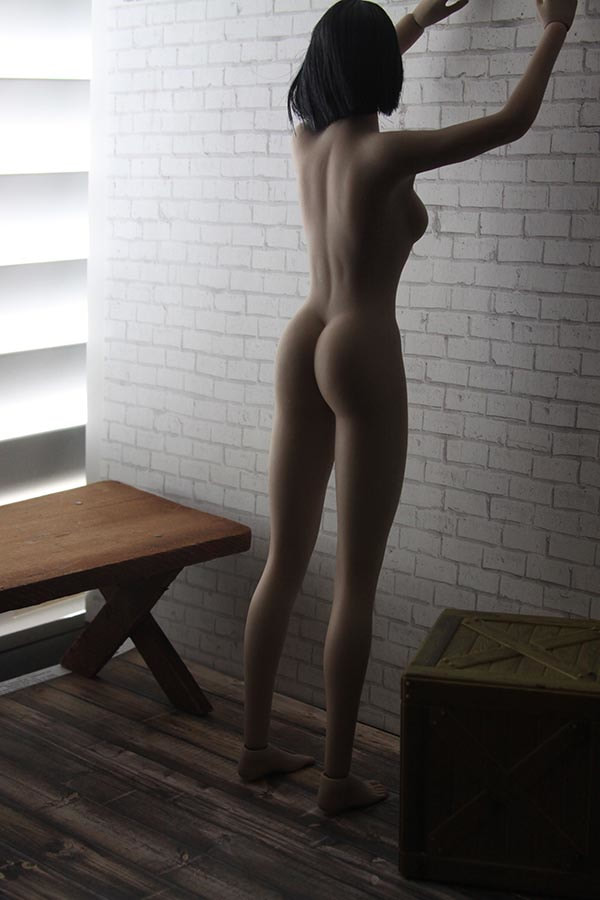 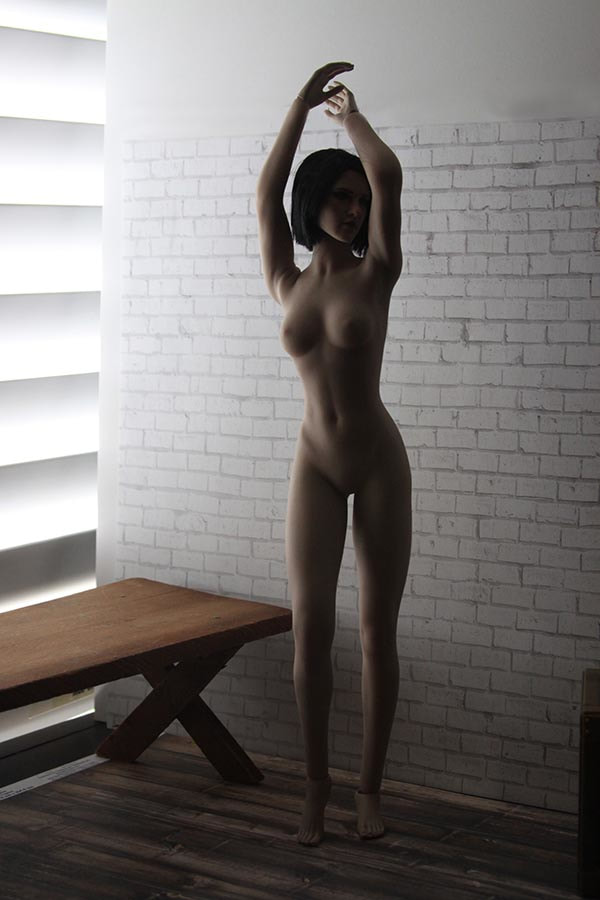 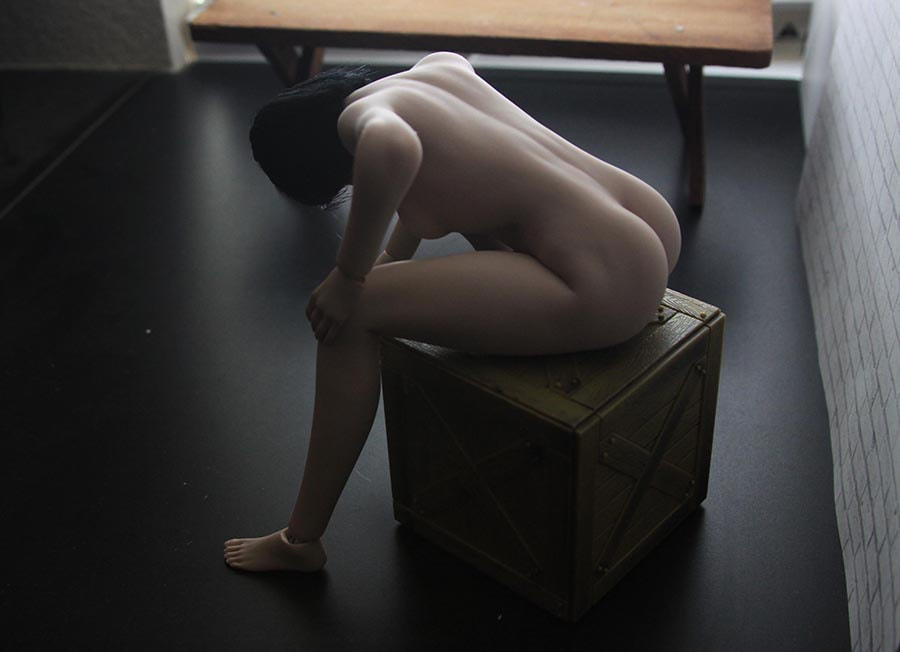 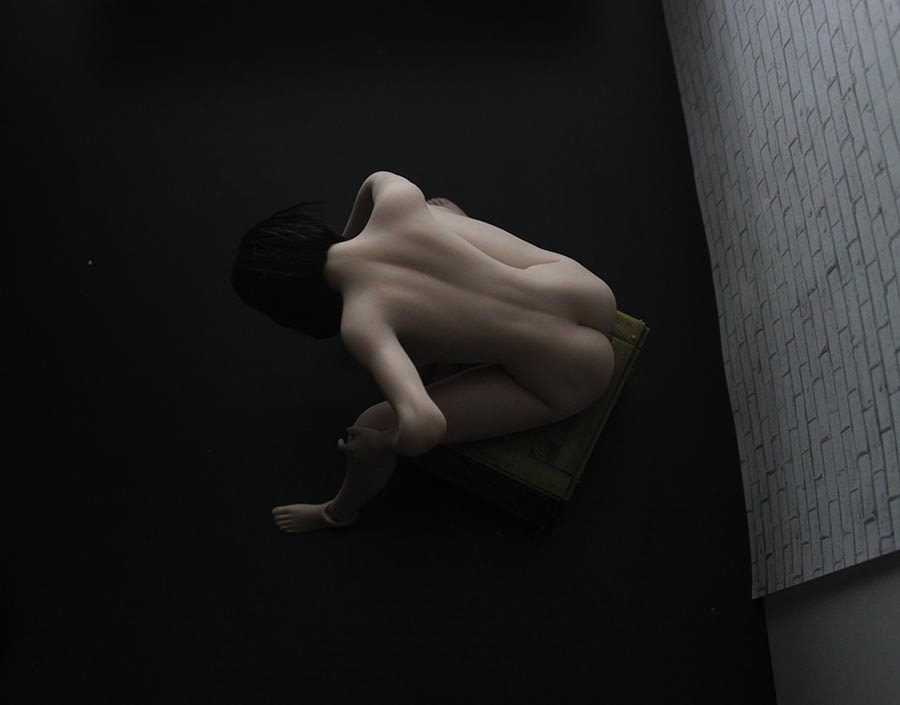 We ventured outdoors to try different lighting. As with my other Phicen/TBL bodies, they're a delight to photograph. They have a hefty, sturdy feel to them; they stand well even outdoors. 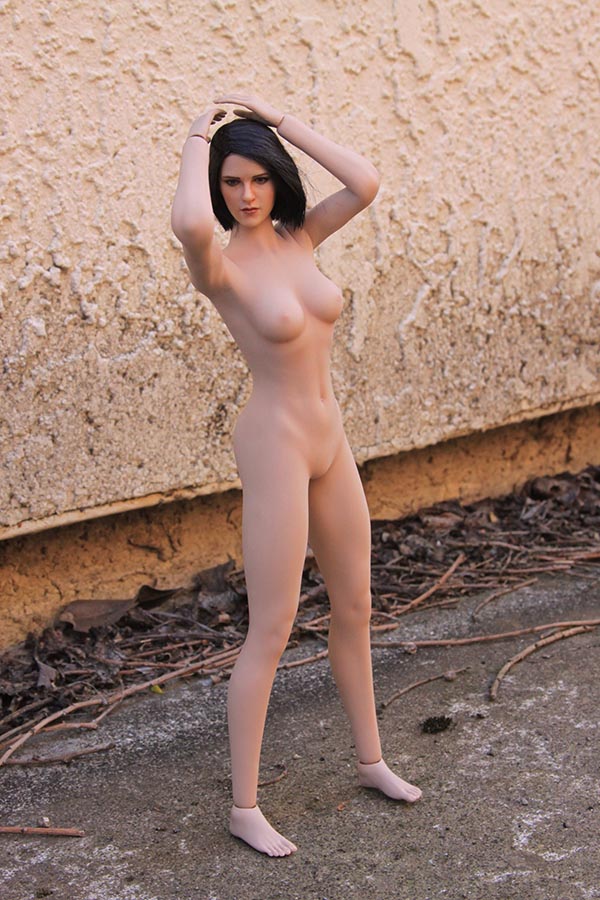 Not even rocks deterred her... 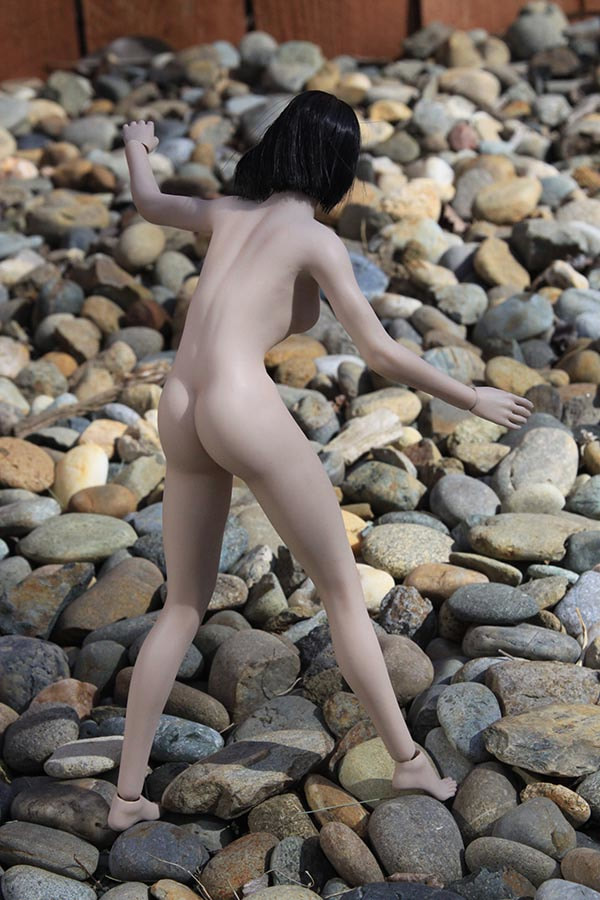 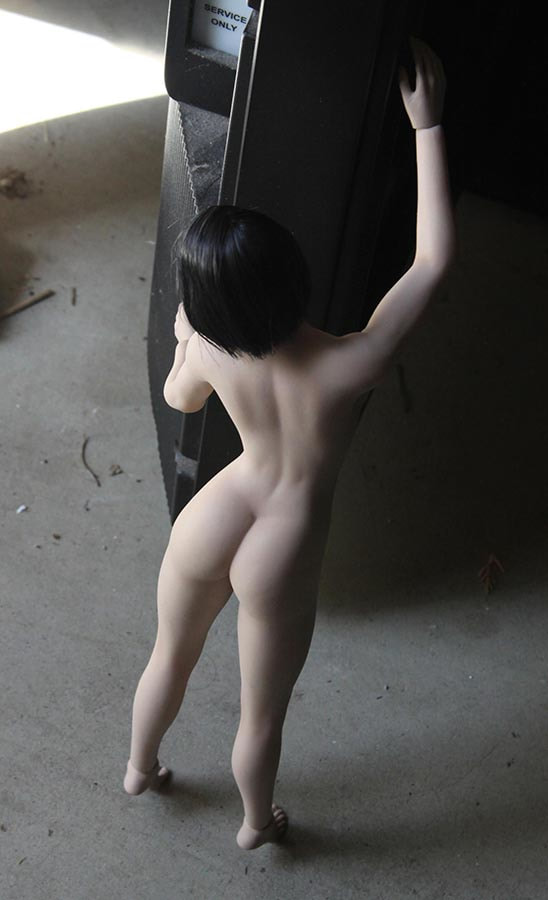 I decided to try a different indoor location as a last setting for the nude photos. 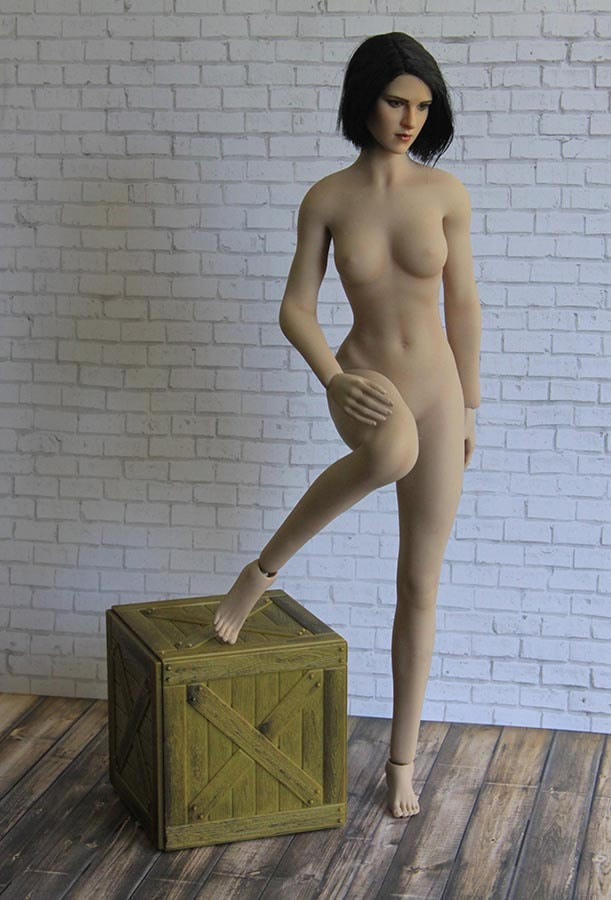 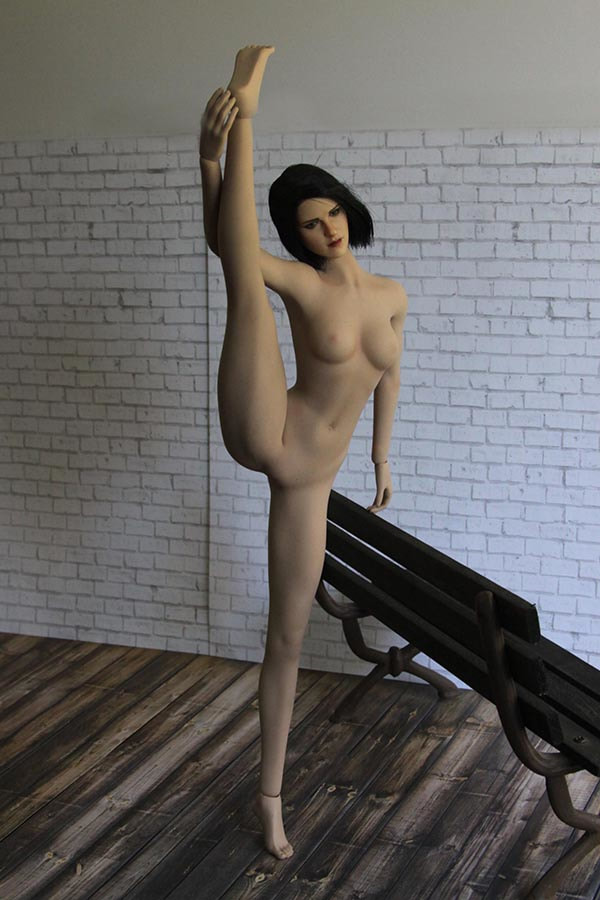 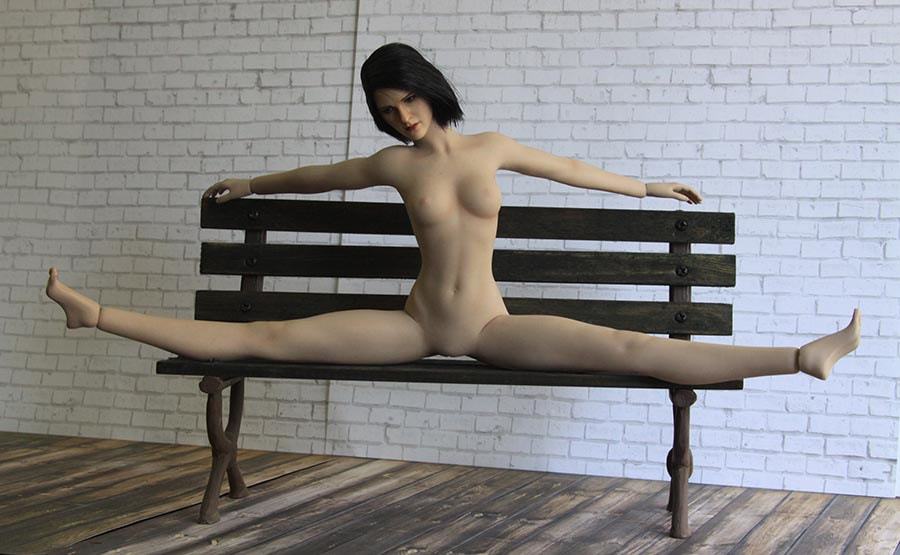 A little more graphic, perhaps, but "in the interest of science": 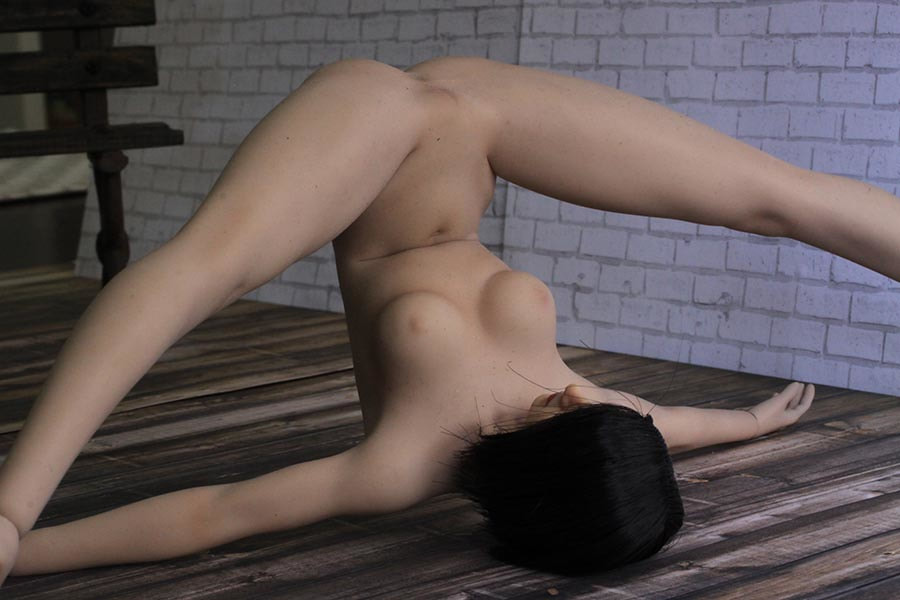 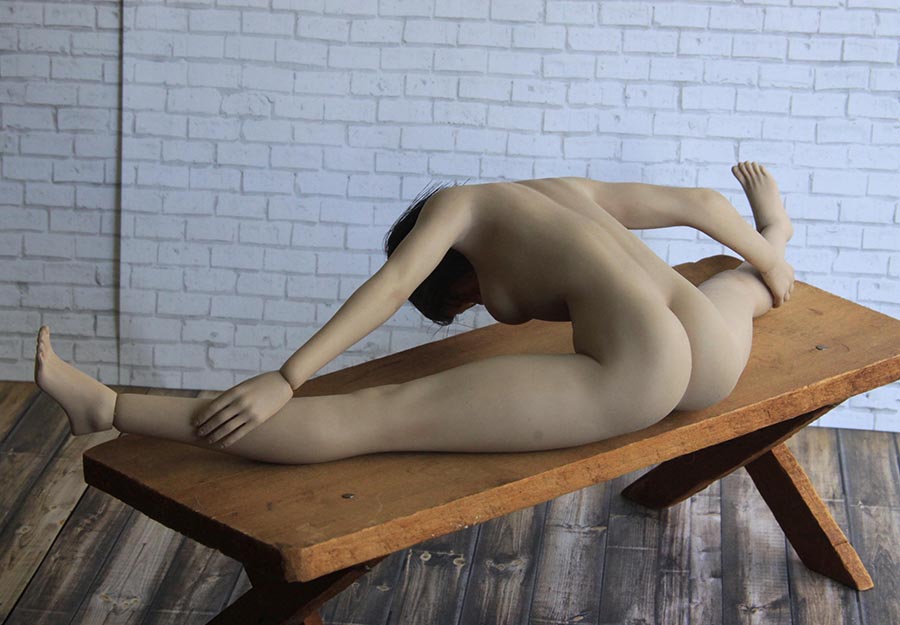 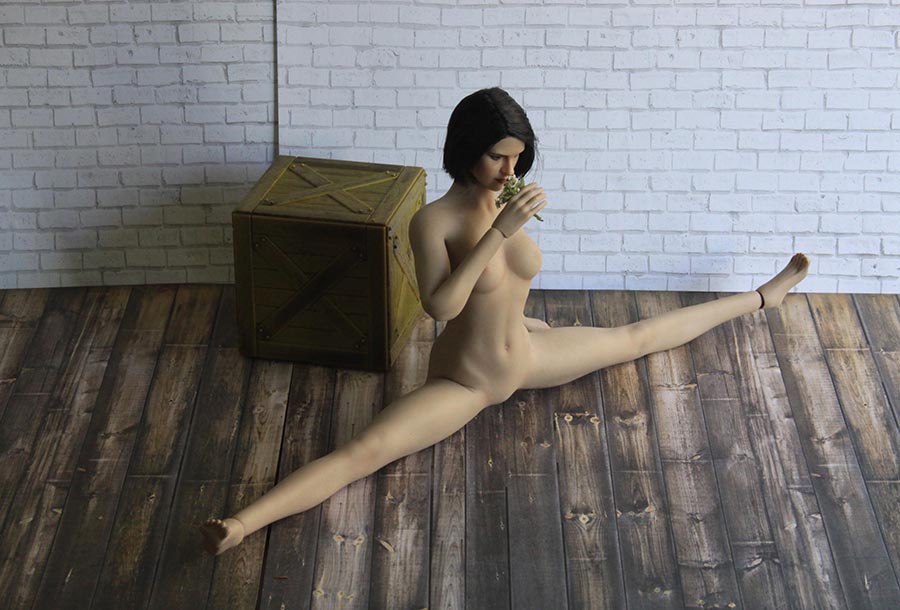 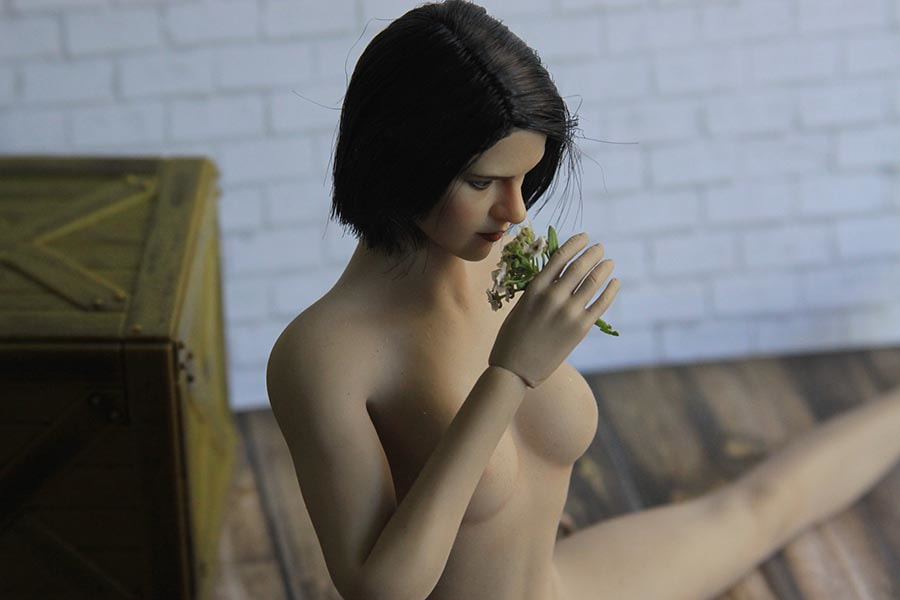 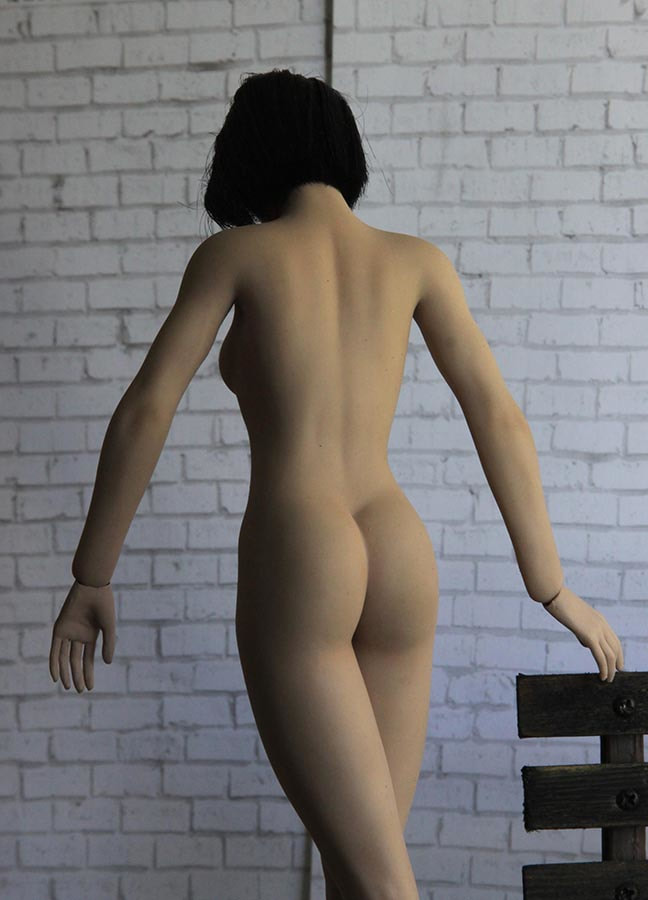 She says she enjoyed the nude shoot, but she's finished...

In sum, she's as much fun to photograph as my other Phicen/TBL bodies. I like the body sculpt, and I think they came pretty close to making her breasts look natural (I would have preferred just a bit of gravity effect, but I'm picky).  I'm also really glad that the skin tone is close to that of the sculpt. I won't say that it's perfect, in case someone rushes out to duplicate this and finds that it's not exact.

One reason I decided to try a more slender sculpt, is that finding pants that fit the curvy bodies and the muscular S23B can be a challenge. My hope is that this body would be easier to outfit, and maybe could use some of the pants I've purchased that don't fit the other bodies.

I got some mixed results here.

First I tried the really nice pants that DAM Toys produced with their Vicky/Zona twins. After a lot of pulling, pushing and squeezing (yes, sometimes it takes squeezing their butts a bit- a really weird feeling), she finally got the DAM Toys pants on: 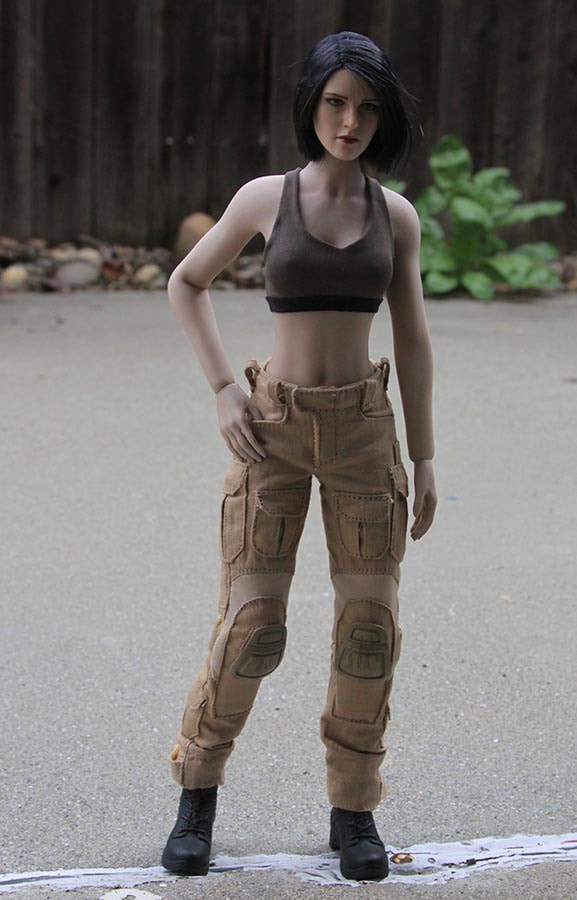 They fit, and look really nice from the front. From the back, they're clearly stretched way too much to my eye. The really tight fit limits range of motion in her thighs. They look cool, but she's not going to wear these again. Maybe I'll have more luck using these on a Very Cool body.

Recently I had really good luck using Fire Girl Toys pants on an S23B (which I also photographed with this same sculpt). Fire Girl has just come out with a new set- VIP Security Team FG050A/B. I was able to buy most of the set parted out before I found the complete set for sale. As it turns out, that was fortunate, as the pants wouldn't even clear her thighs! Just to make sure, I purchased another pair of pants with the same result. I didn't even bother to photograph the results.

After that surprise, I decided to try the pants from the Feel Toys Kryptek Camouflage set. This is the first time I had taken them out of the package, and what a surprise! They look really good on her: 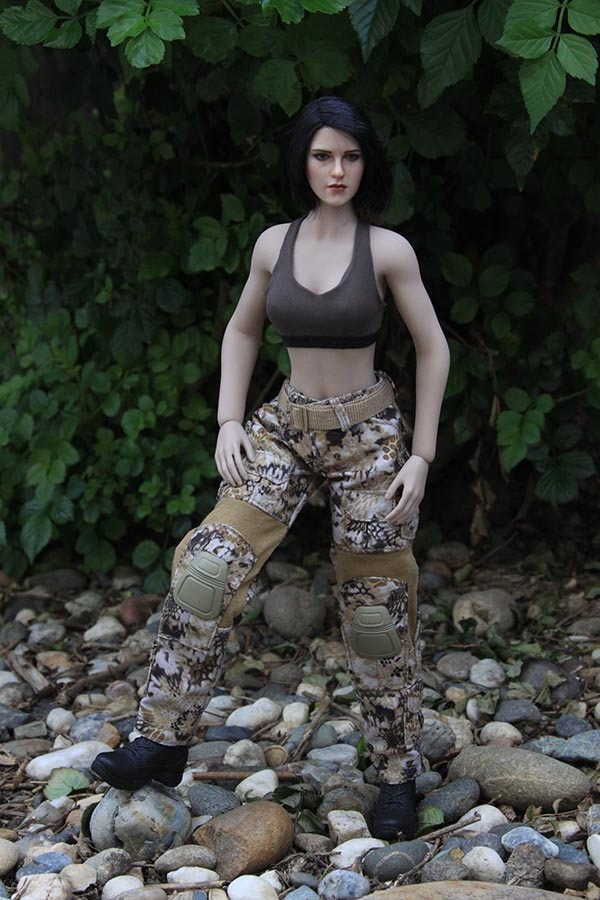 Range of motion is completely unimpeded with these pants, and they're the proper length, a short coming of many brands.  I also forgot to mention that the sports bra she's wearing is from the Virtual Toys (VTS) Dark Zone Agent Tracy Figure.