Although I've had this figure since it came out a couple of years ago, I've only recently uploaded photos of him.  This is Phicen's first "seamless" male body, and what they did to revolutionize female figures, they've done for male bodies as well.

This body does not include a head. I've used this Hot Toys head on him since I took these photos- the combination just seems to work for me. 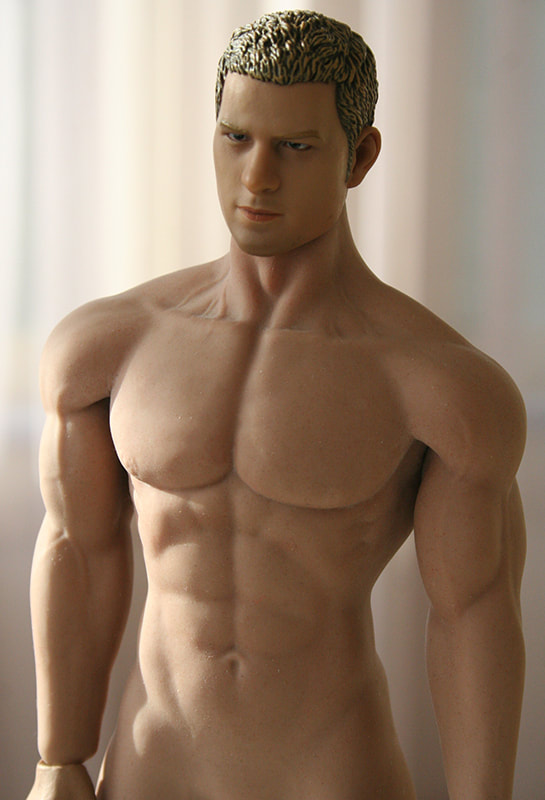 I'm just going to start off by saying this is one of the most amazing figures I own (although I haven't completely worked out his character yet). The main lamentation about this figure on some action figure forums is that he isn't "tall enough". He's about the same height as many female action figures. If you're looking for a "Death Dealer" type of figure or you absolutely need a taller male figure, I recommend looking at an M33 (which I have reviewed here) or an M34, which looks more like a massive body builder.

Frankly, I'm happy with his height. He's tall enough for the ladies, most of my male clothing fits him, and he makes any photo of a group of figures look more realistic. People come in various heights.

The web-site editor is acting wonky so I'll have to let the photos speak for themselves. Pleas contact me if you have any questions. 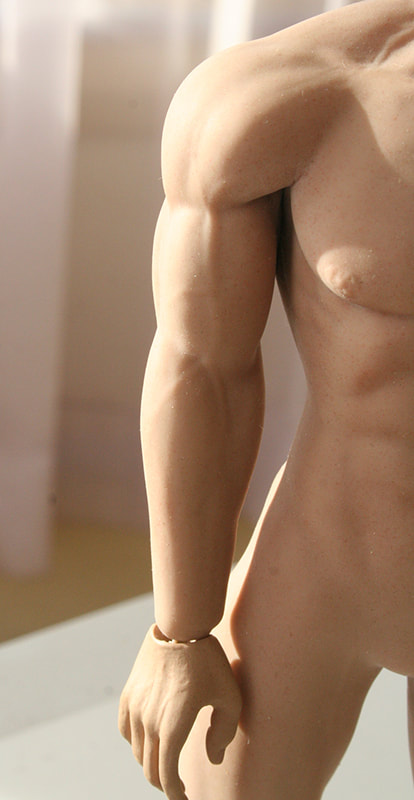 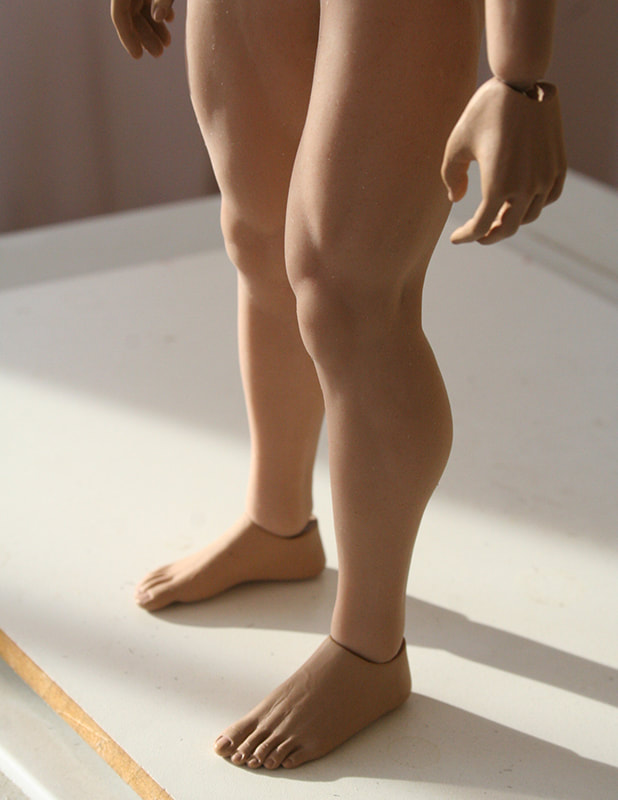 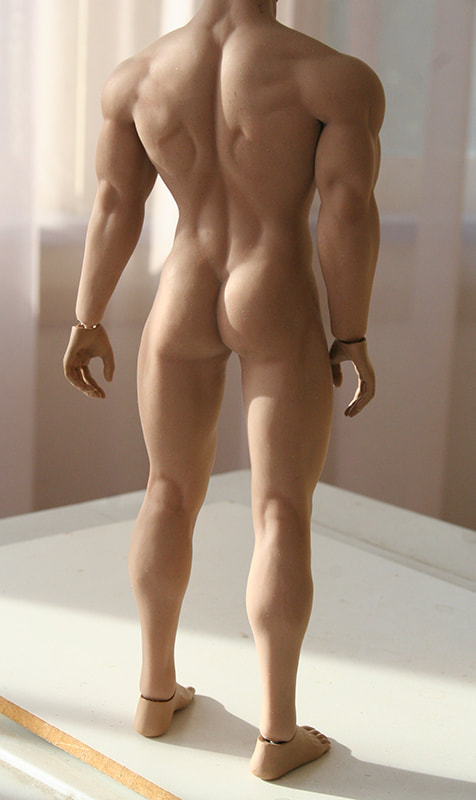 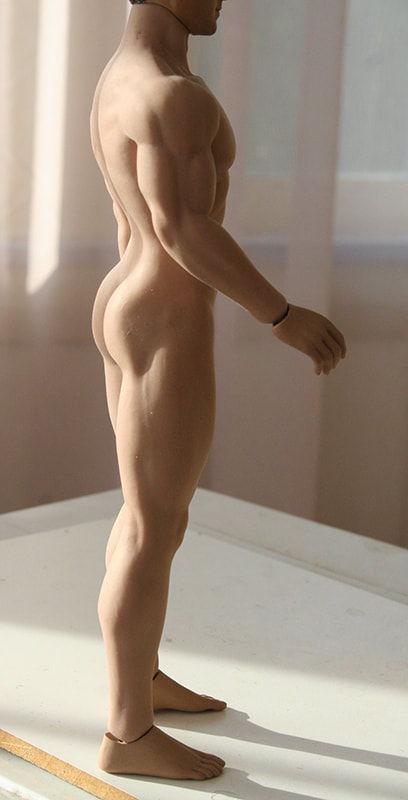 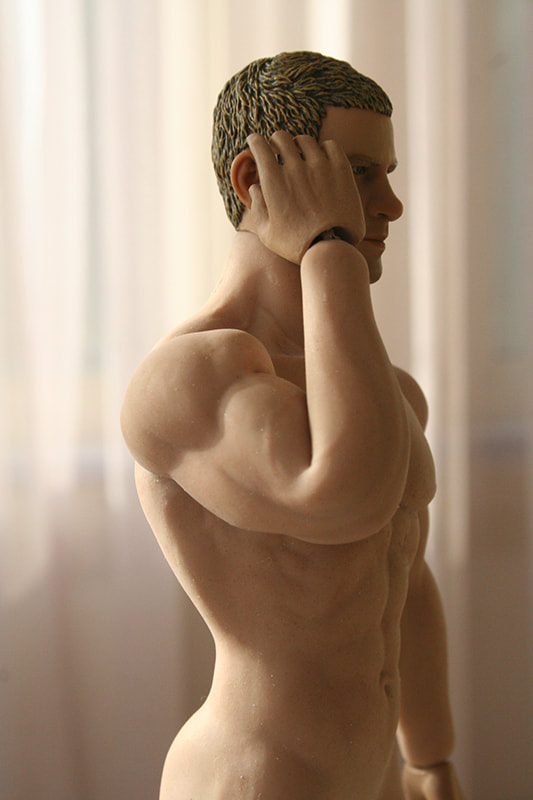 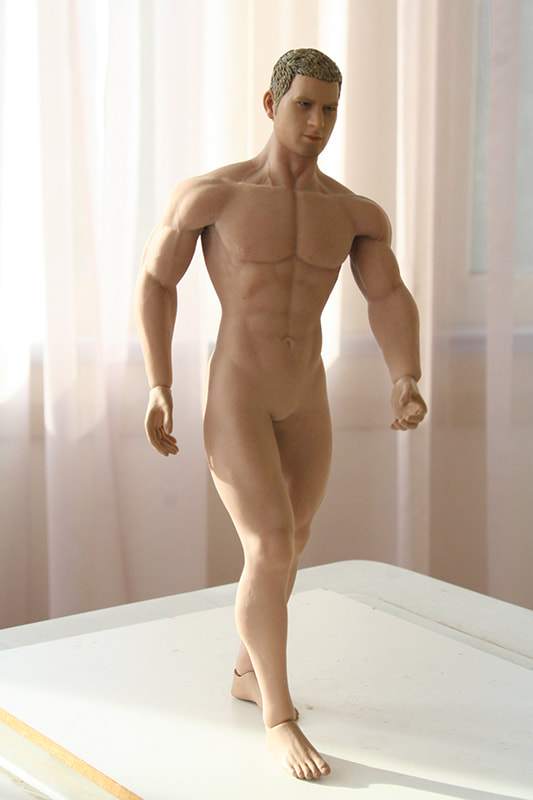 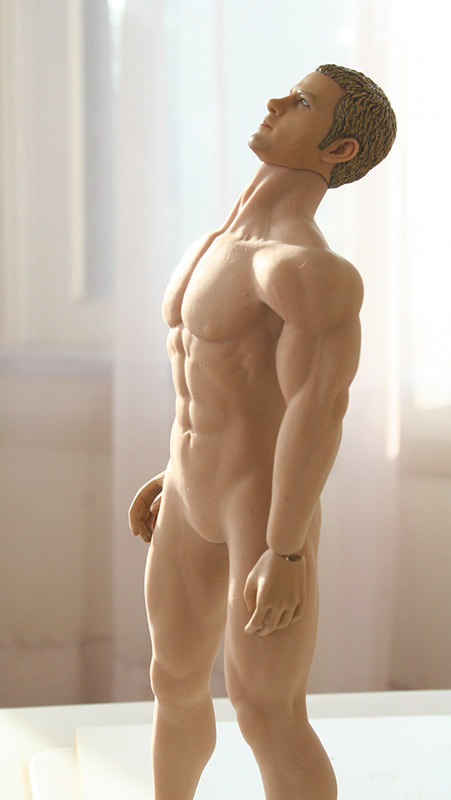 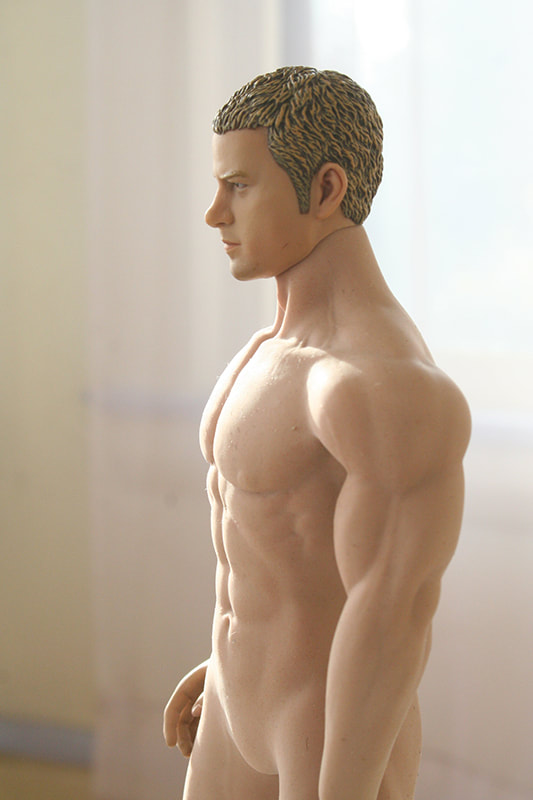 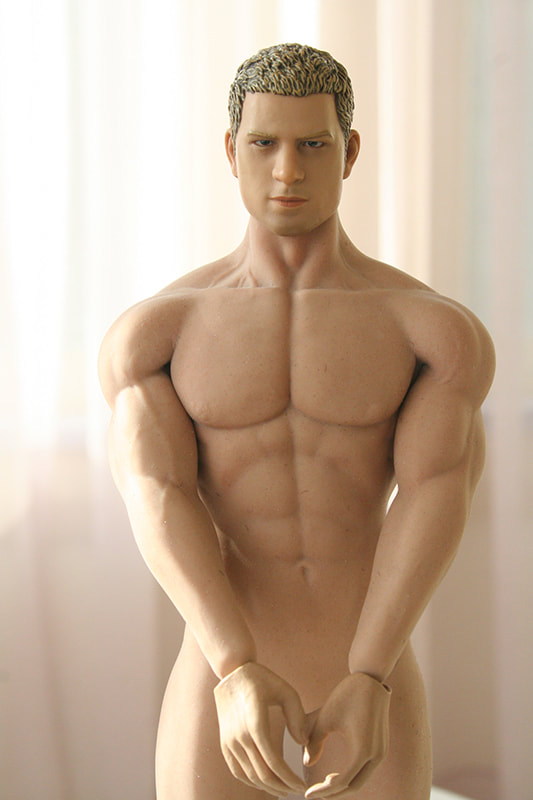 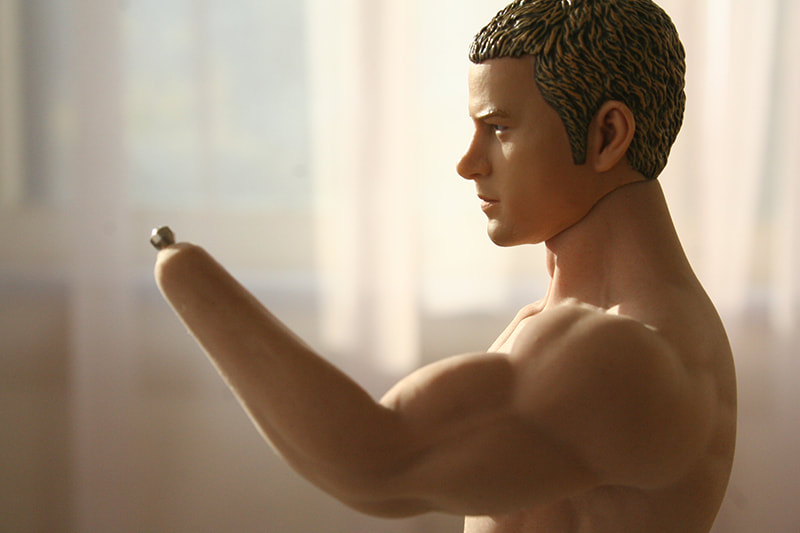 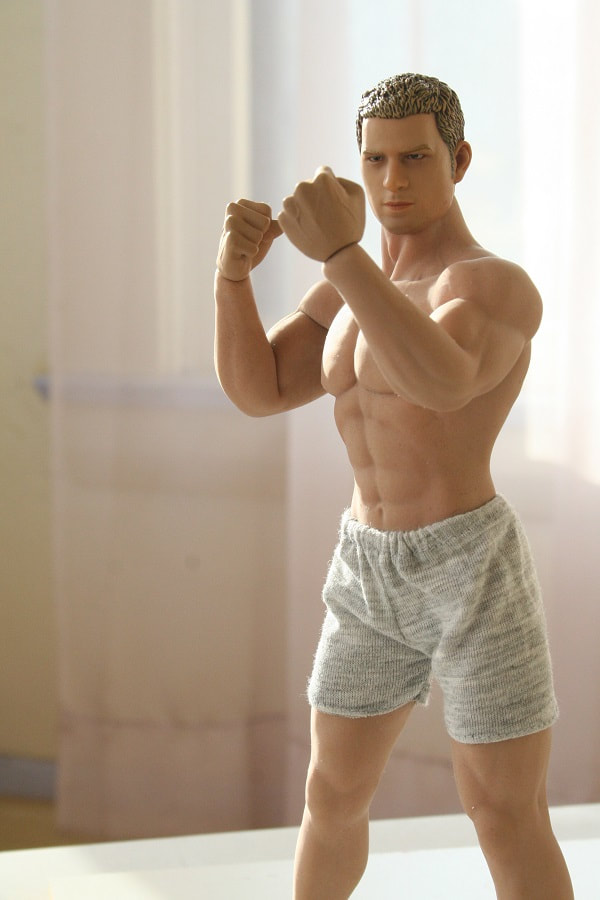 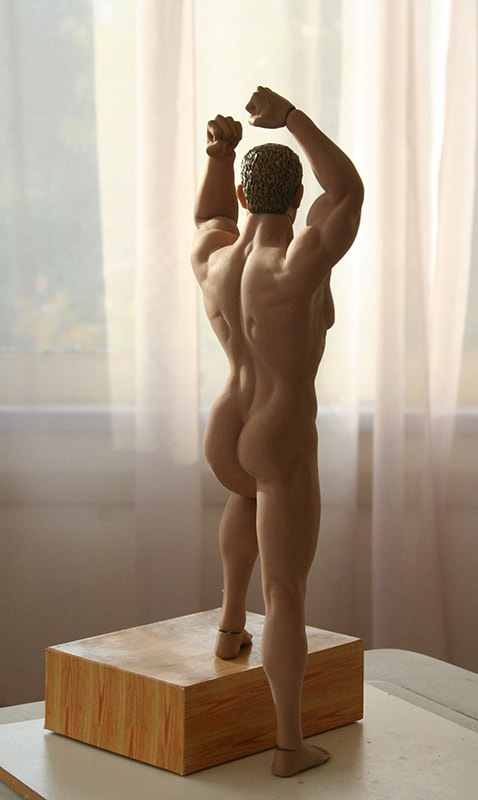 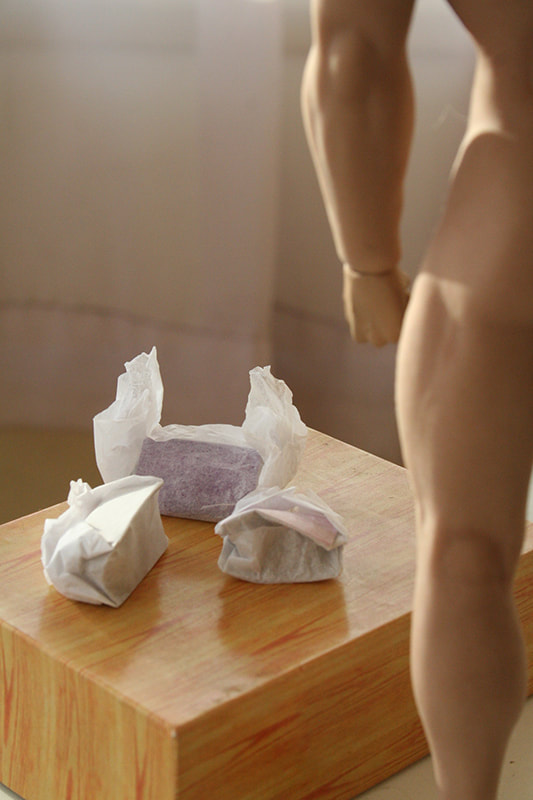 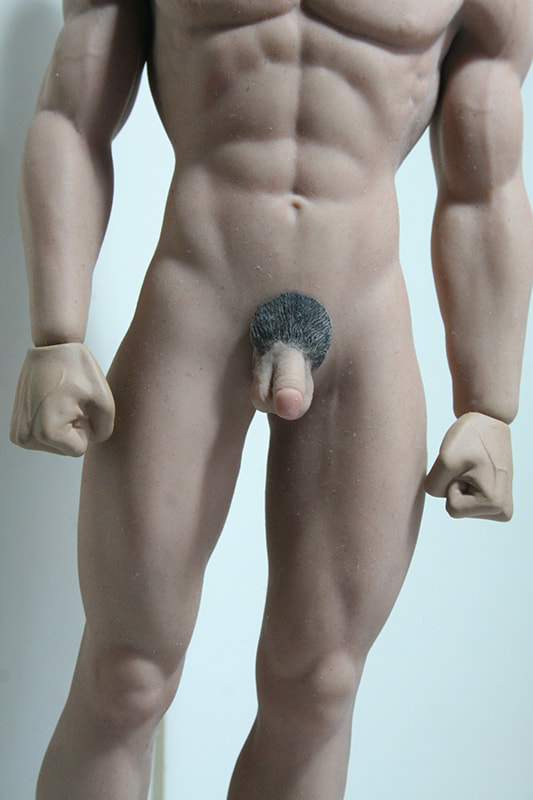 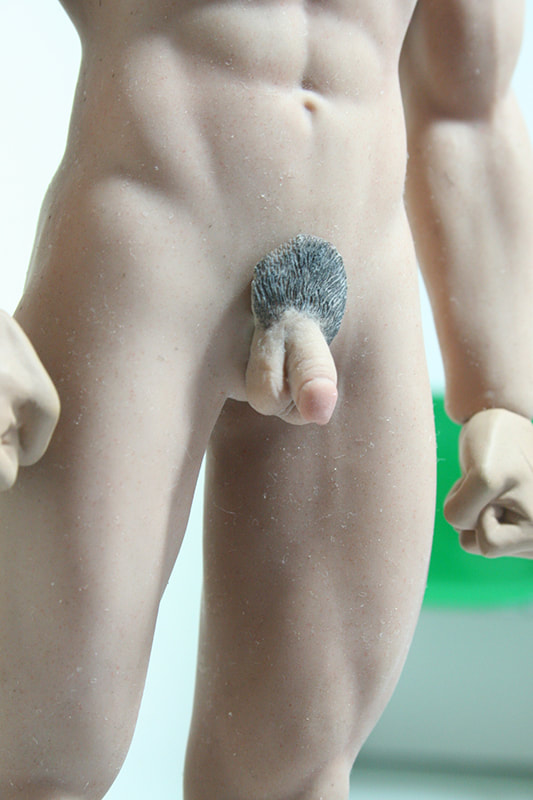 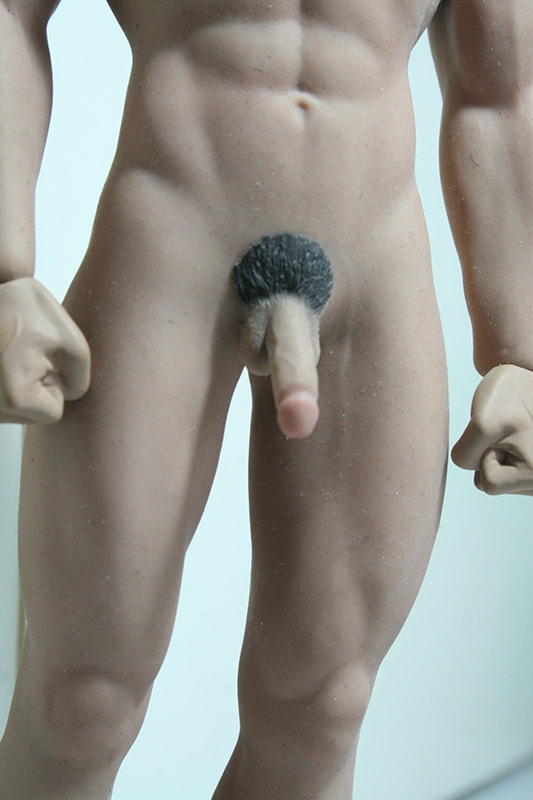 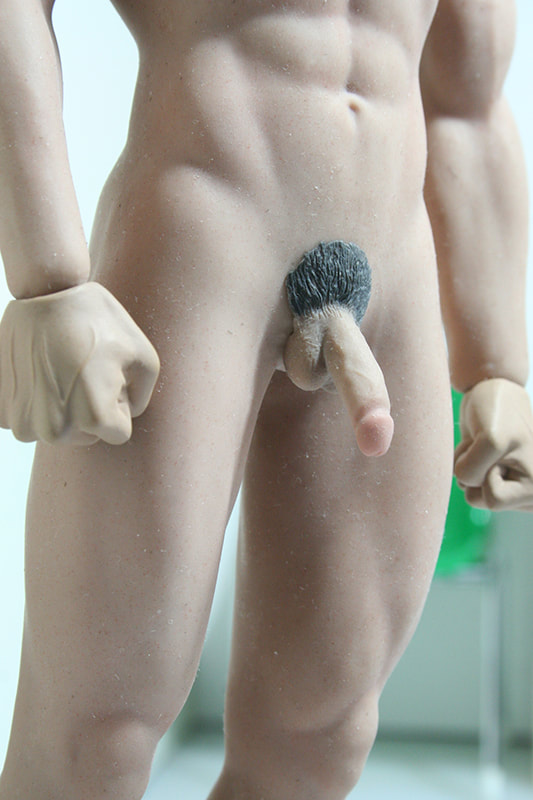 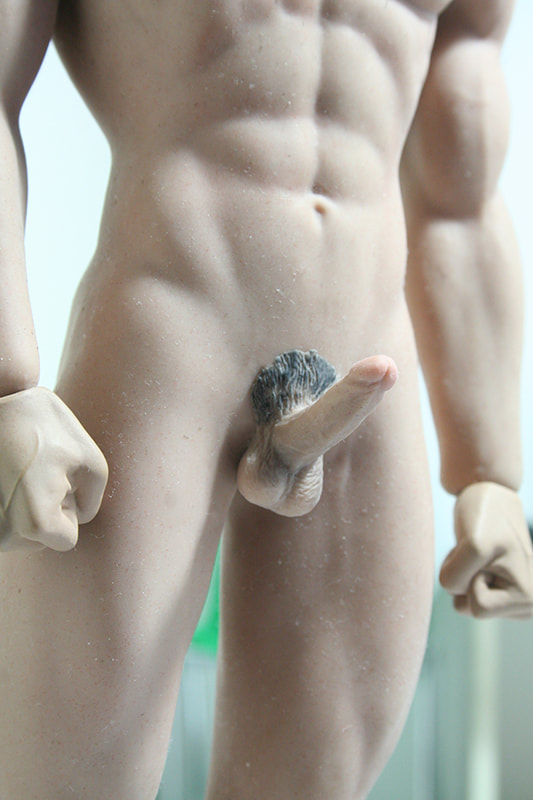 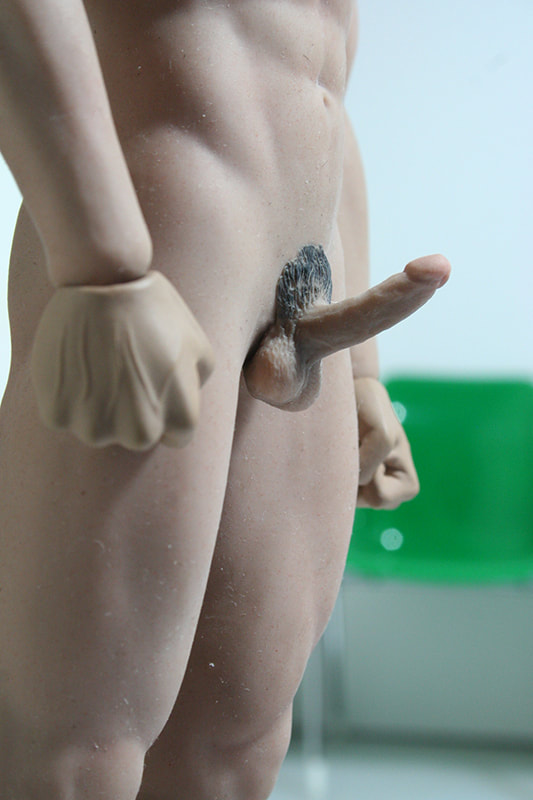 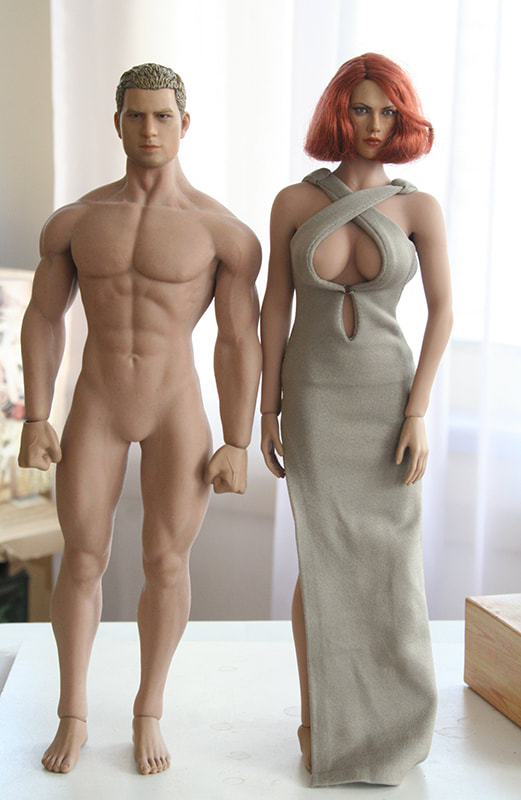 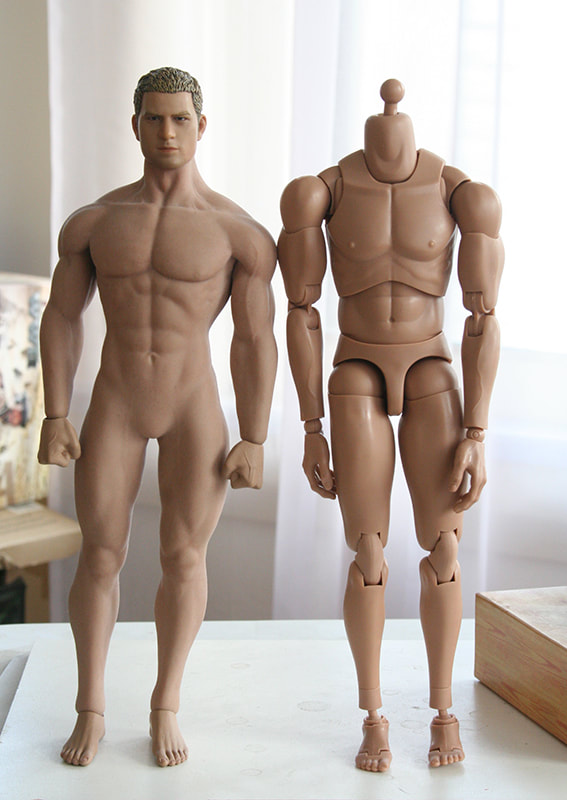 Here's what he looks like dressed. The shirt is one that was designed by Coo Models for jointed "muscle" bodies a few years ago. I can't remember the brand of the jeans. 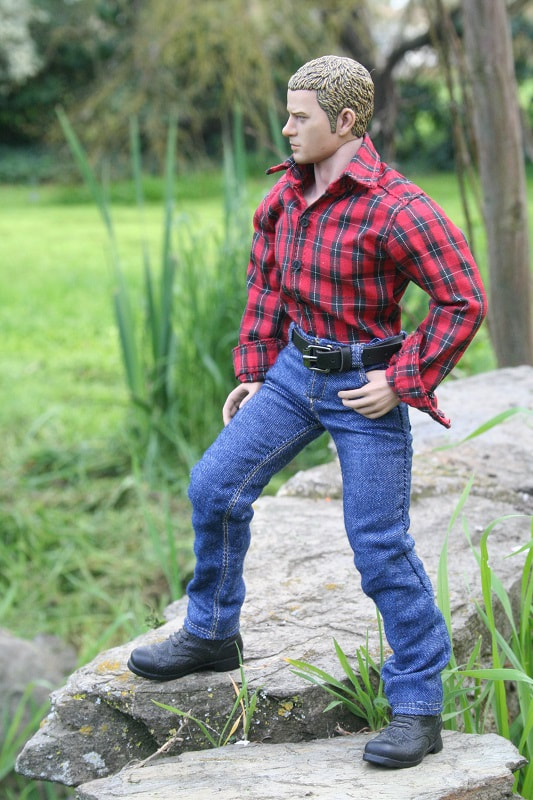 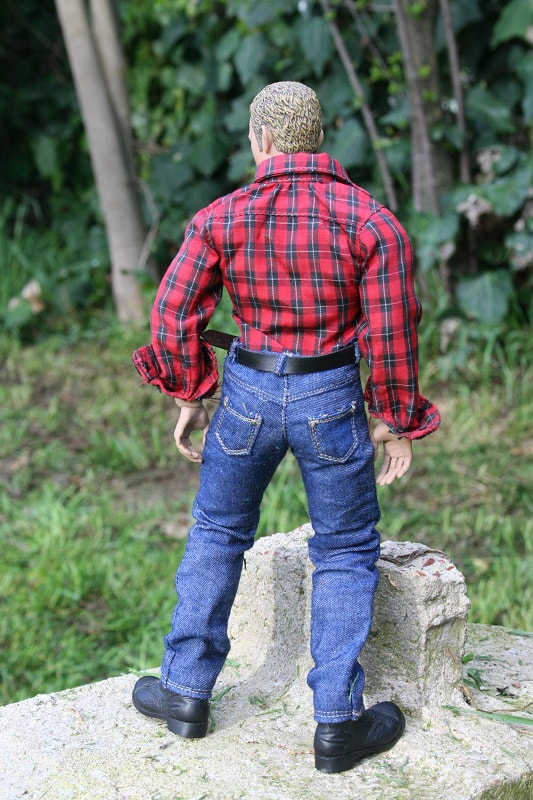 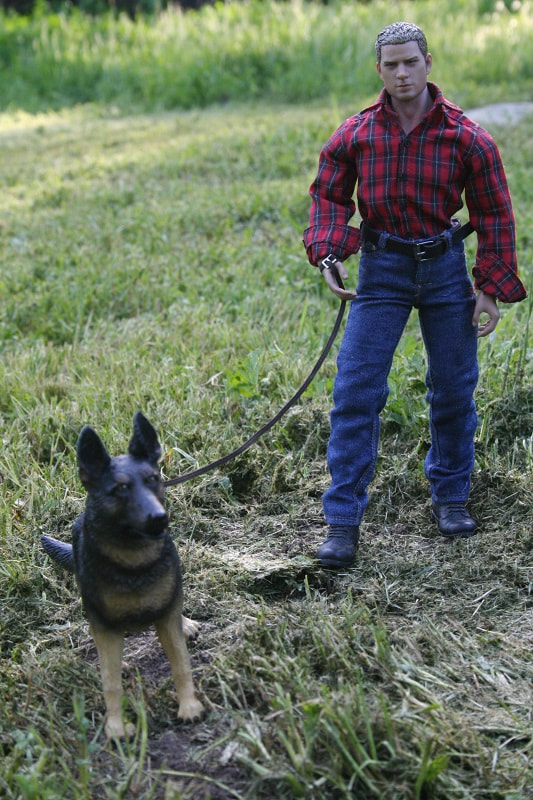