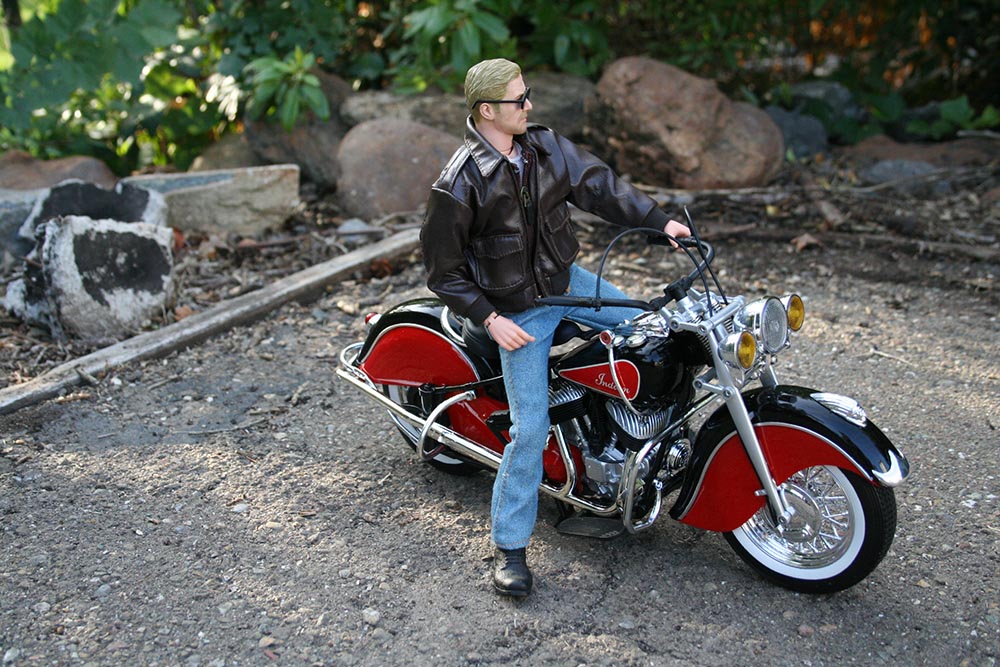 You just can't beat some classic designs! This bike almost had a second life in the early 2000s, and I think it made an appearance in an action movie (GI Joe?).  A few model companies made these, though I can't verify which one mine is (it's in storage as I write this). There's a lot about it that suggests to me it's a New Ray product. 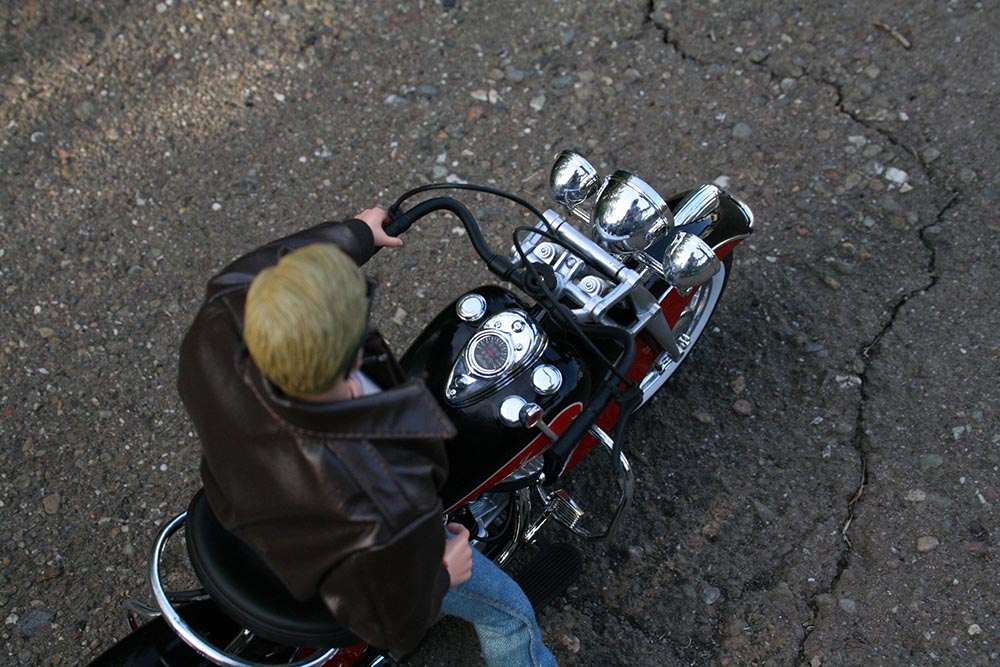 Instrumentation on these classics is minimal (about the same as a modern Harley, I think), but they did a really nice job of replicating the classic speedometer in the proper font, including the Indian script at the bottom. From this angle you can also see some of the workings of the front suspension. 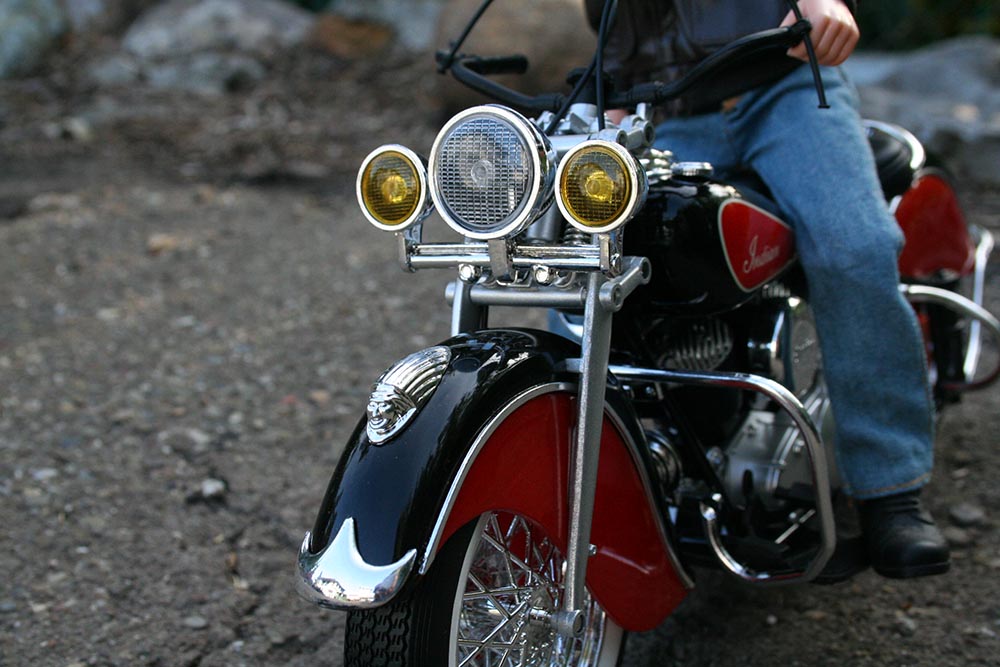 I like how they captured the look of the lenses on the lights, the logo on the fender as well as the chrome trim. You can also see the different metal used for the front forks. The details are nice and crisp with almost no flashing on the plated parts. 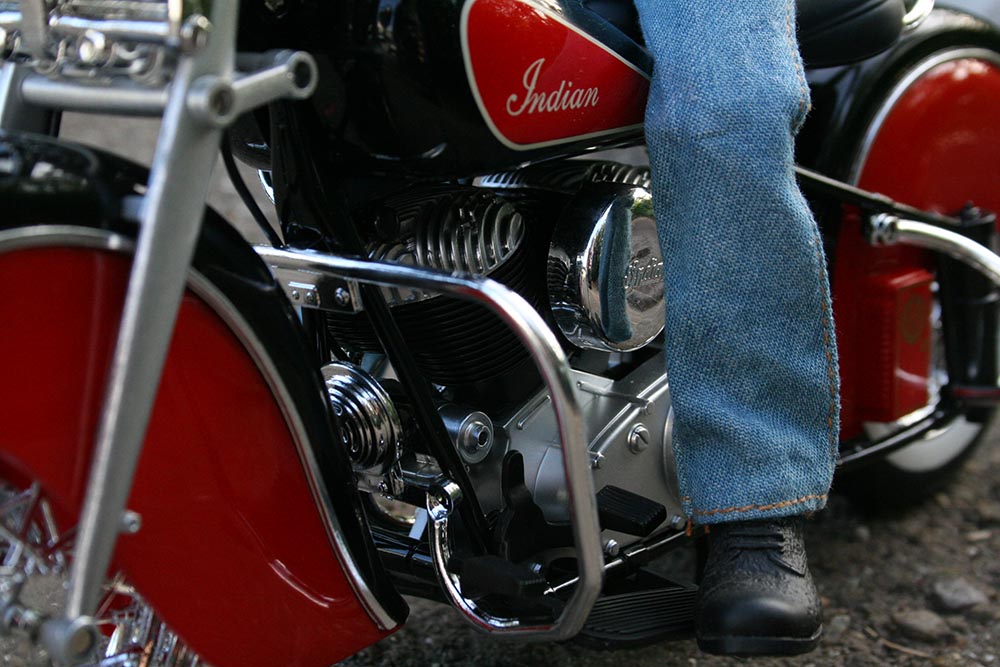 Some very nice details here! I really like the look of the cylinder heads, the steel frame and alloy crank case. The reflections in the plating of the air cleaner cover shows quality plating, and the Indian script is clear and sharp. 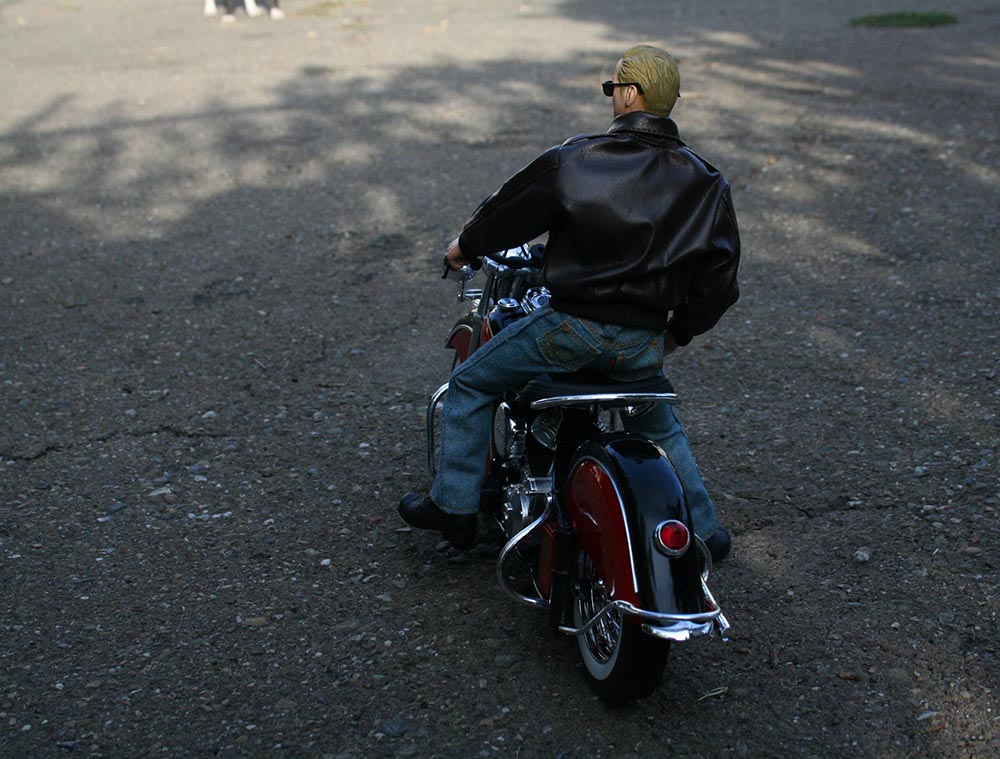 It's definitely a retro ride! I'm glad they reintroduced this design; it allows modern figures to be used with it as a modern prop (though such clashes seldom stops me from using WWII vehicles in my near future saga).