Nikki is the test rider again, this time for the New Ray BMW K1200RS. It's another heavy die-cast model in this line of bikes. 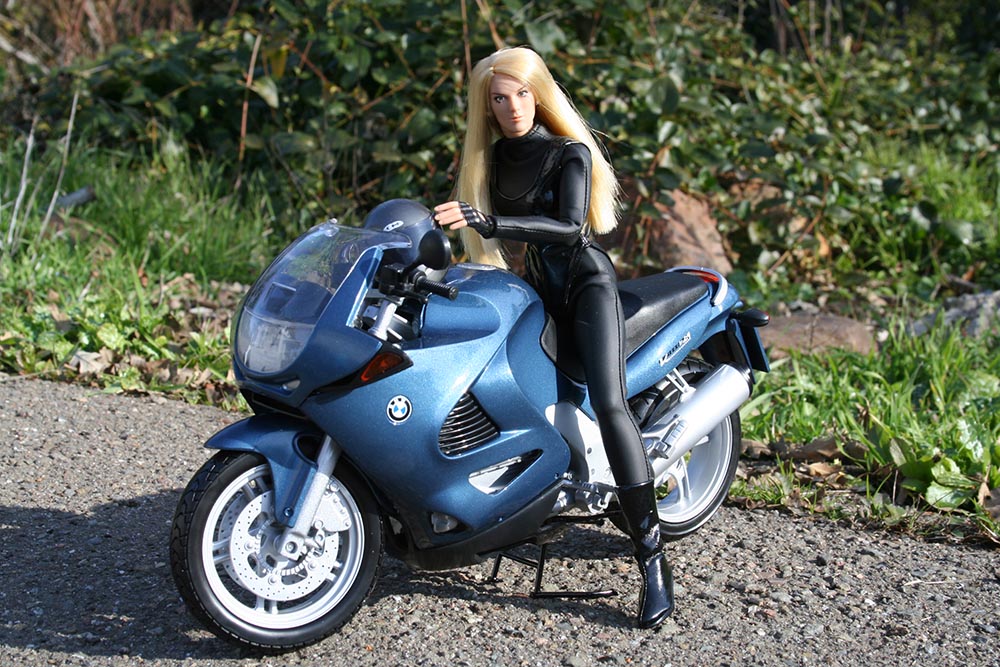 At first glance, it seems this model has less detail than other New Ray motorcycles, but I think some of this is due to the nature of this particular bike.  Essentially the entire engine is hidden by the fairing. The fairing itself is beautifully formed, capturing some of the more subtle details of this aerodynamic device. If BMW had left more devices hanging out in the wind, I'm sure New Ray would have captured them. 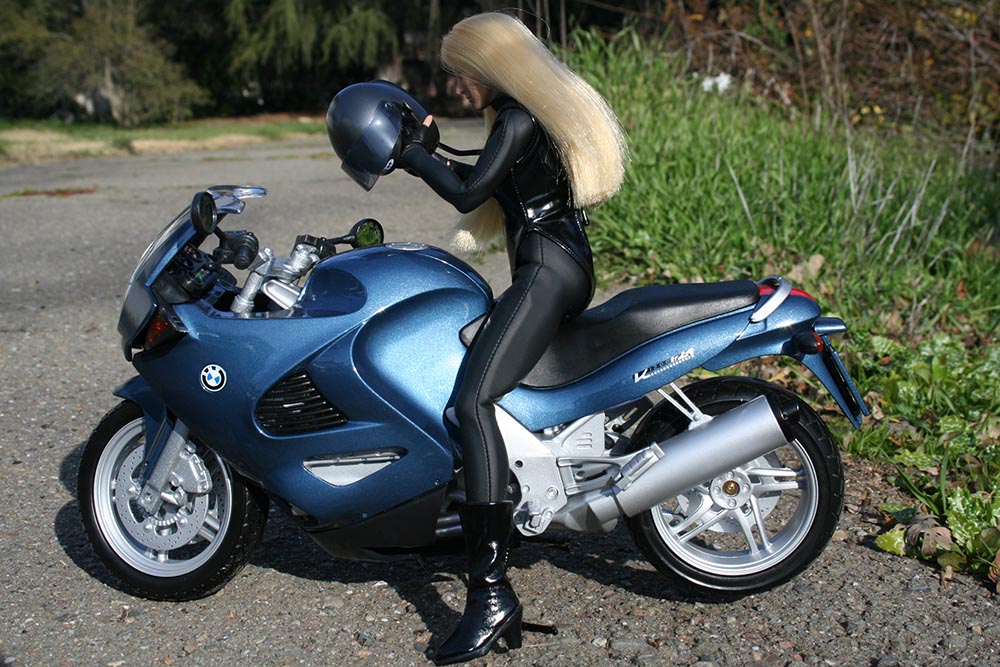 While there might be a bit less visual excitement with this particular model, there's still some very nice detailing. New Ray captured the instrument cluster and all the lights that make it distinct from the other bikes. The metal components are rendered in crisp detail as well 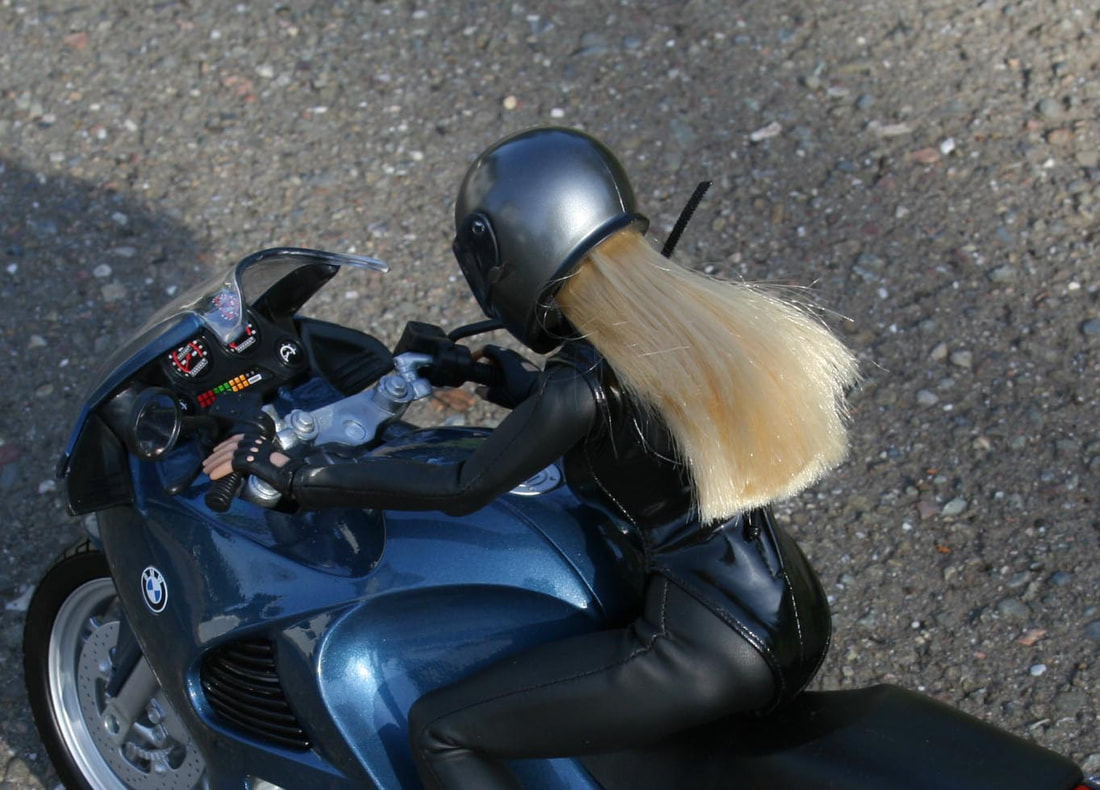 The CG body poses very well on this bike; I like how she looks riding it. A future project might be to modify the foot peg so her boot could actually rest on it. 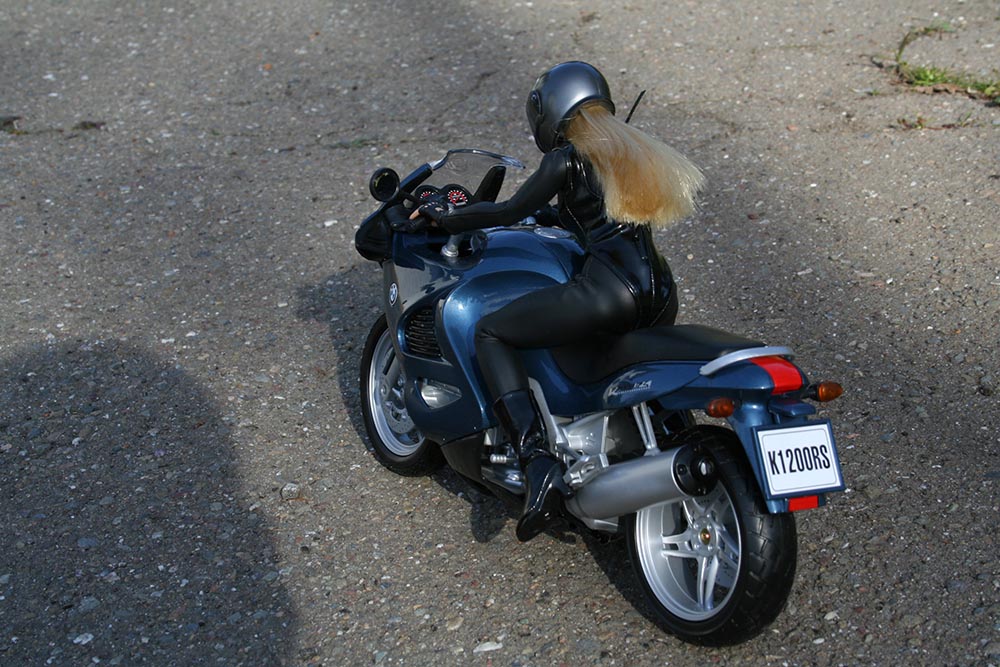 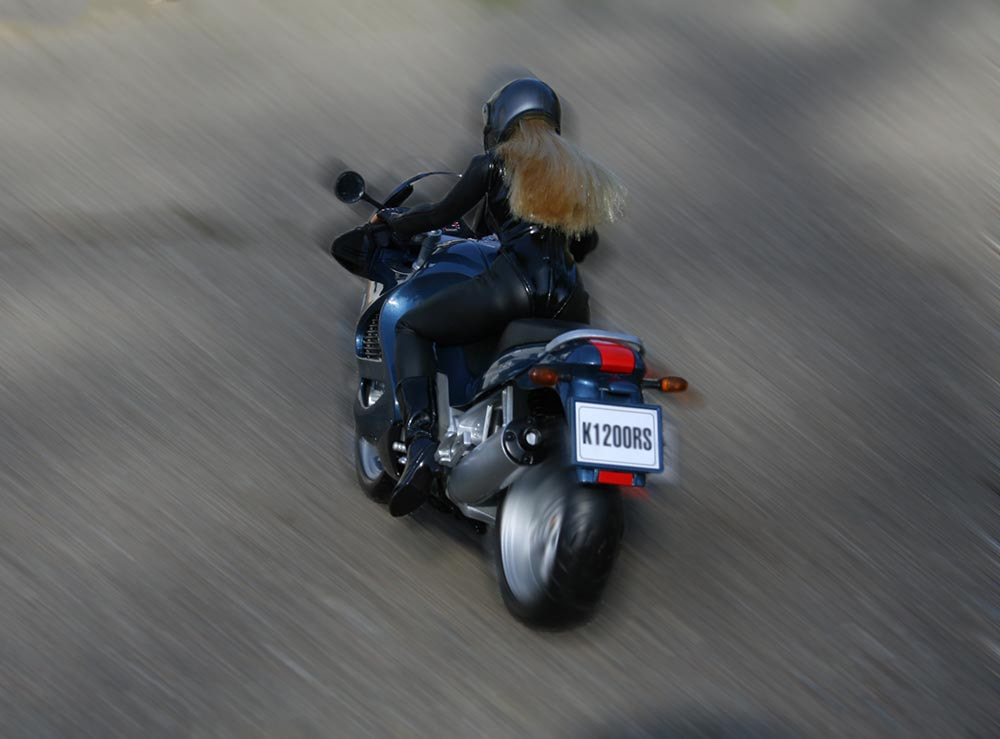 Another nice motorcycle model that looks great with figures, can be used outside without fear of parts falling off of it, at a very reasonable price. 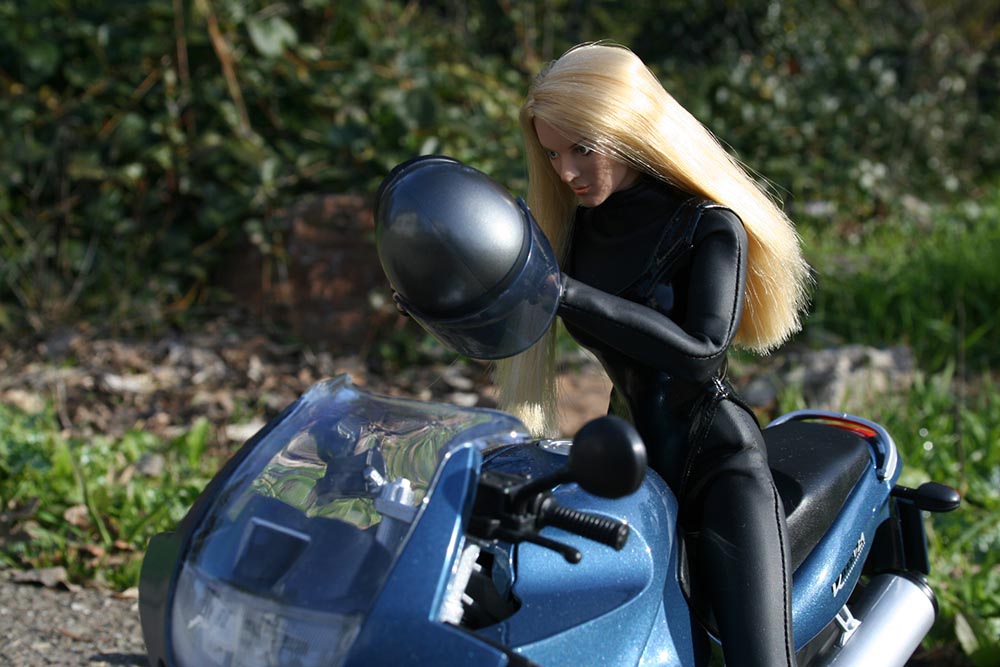