NATASHA AND THE BLACK GOWN

I had been eyeing this gown on eBay for some time. It's actually tailored for a TBLeague body, but I thought that it would be a nice way to show off Natasha's awesome abs.  All that work should be seen, right?

It was also an opportunity for me to experiment with my light set-up.  The lights were a little "hot" in some of the photos- some of the highlights are close to being burned out.

The gown easily fits her, but it became clear why it was intended for a silicone skinned body. It simply doesn't stay in place on a body made of slippery hard plastic.  Natasha didn't let that deter her! 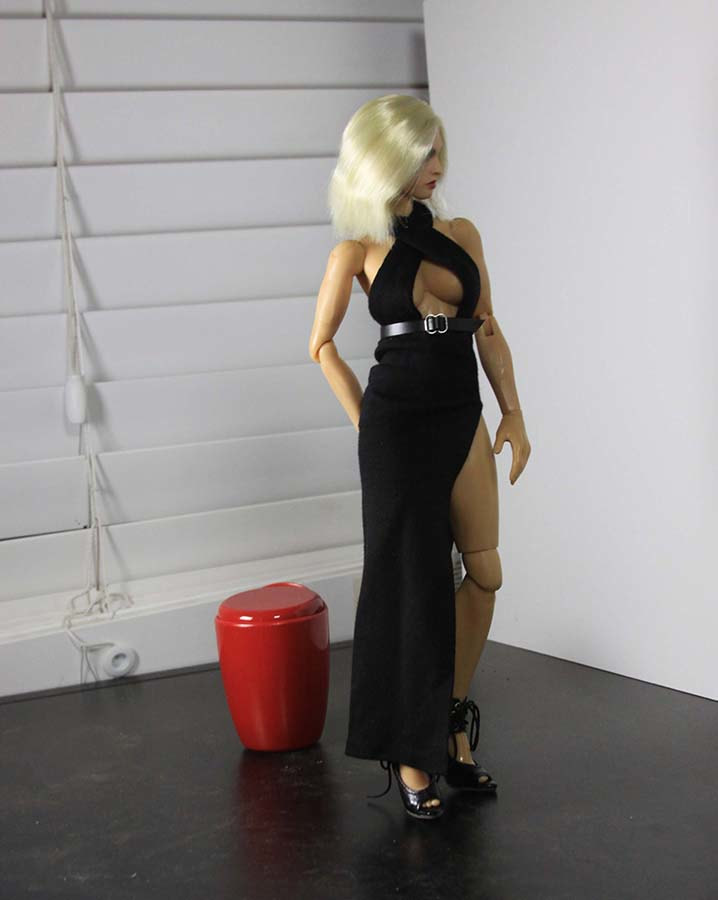 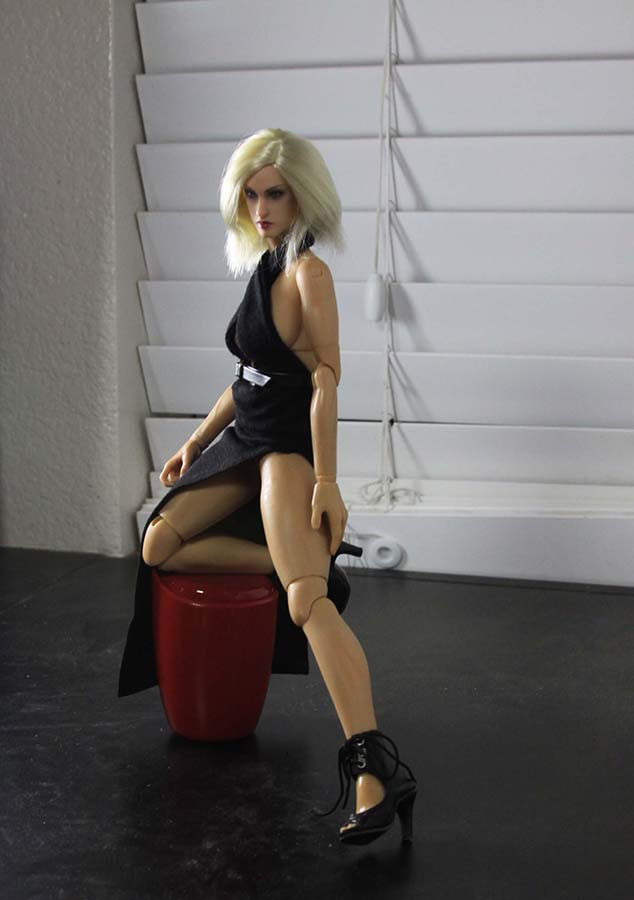 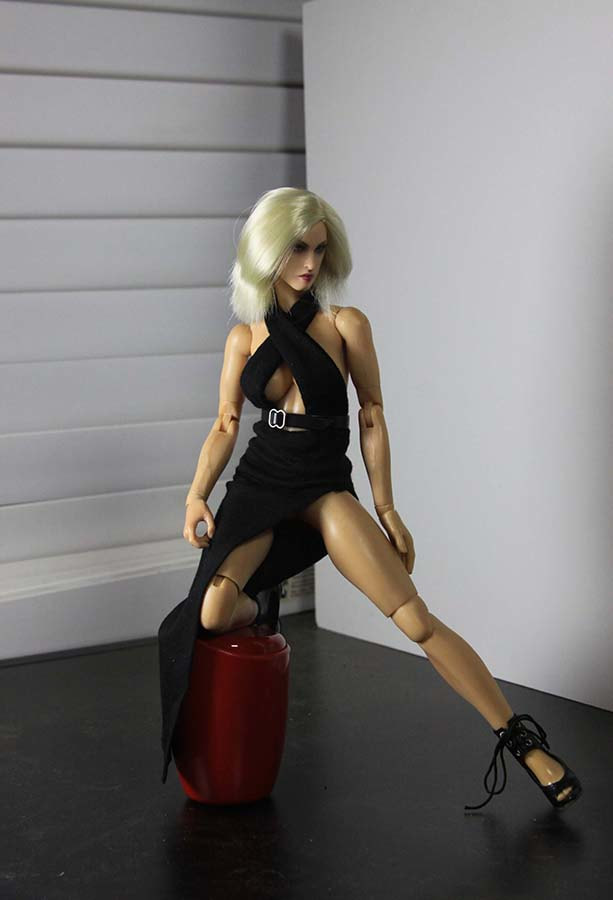 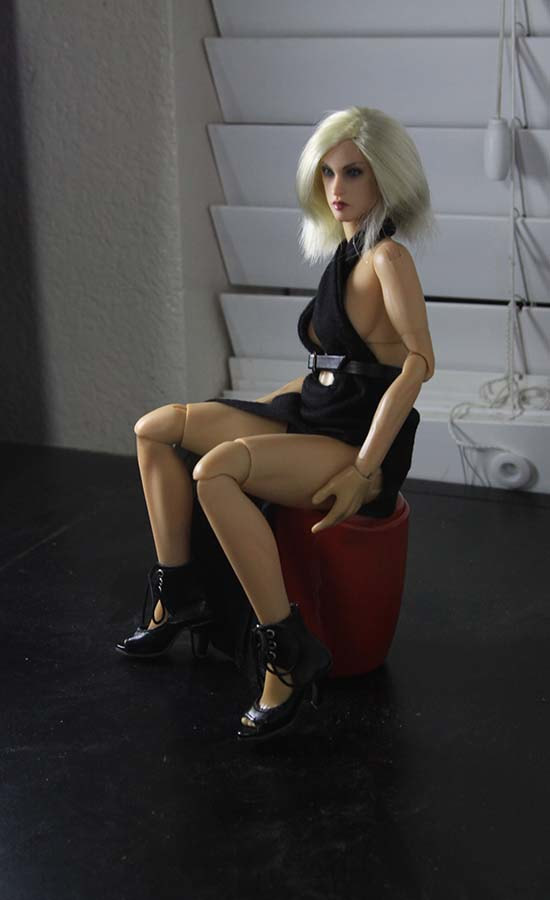 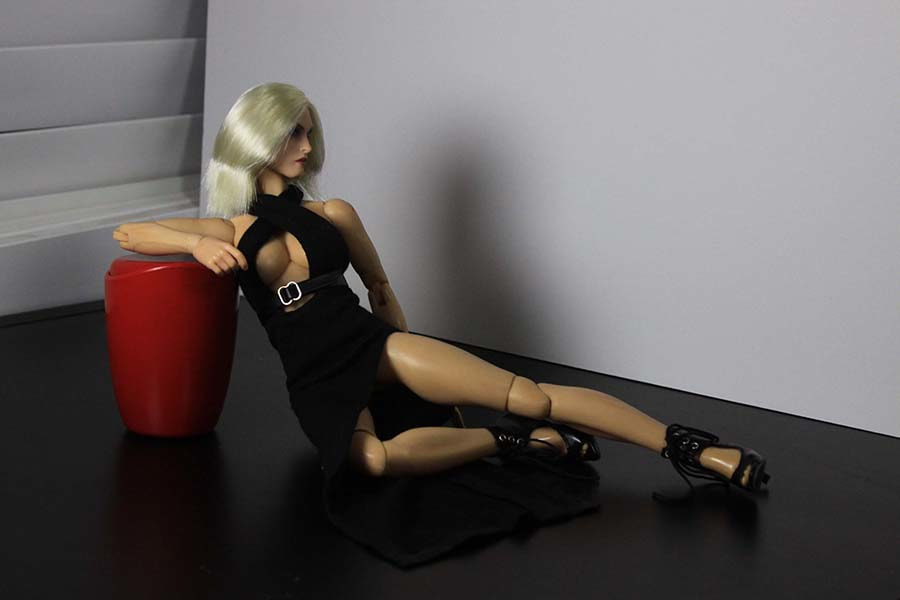 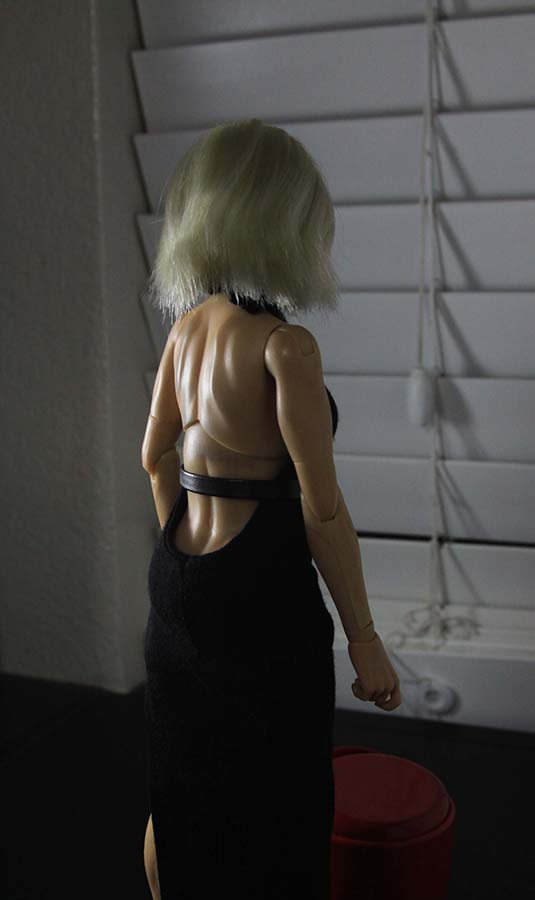 An example of the "wardrobe malfunction" Natasha dealt with throughout the shoot: 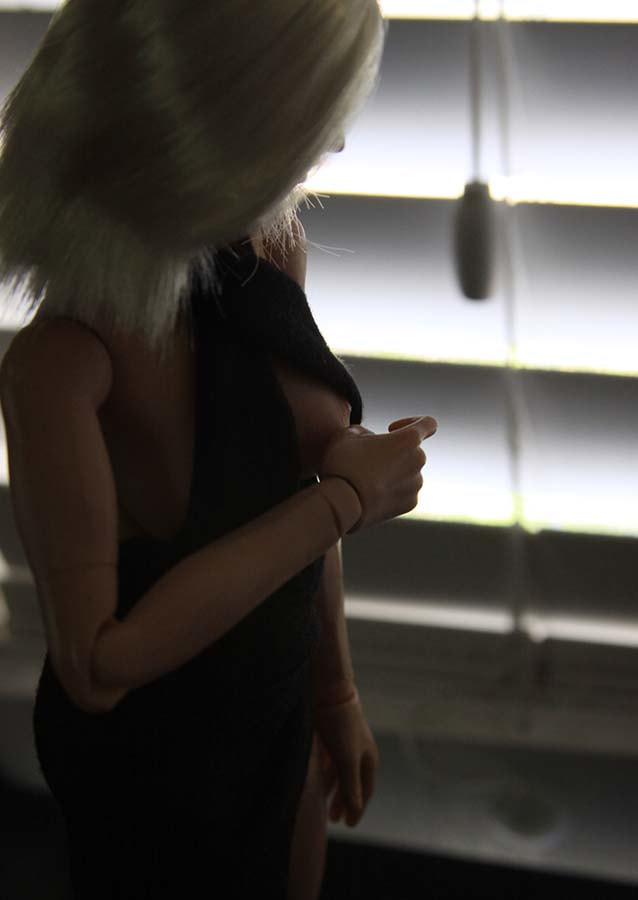