As much as I liked the TBLeague head I used in the introduction of this new body, I decided it just wasn't a close enough match. It matched nicely enough in day light, but in other lighting the difference in skin tones began to bother me. That sculpt deserves its own TBL body, when its character is introduced into the saga.

A much more satisfactory match is this Triad Otaku Blond sculpt. This is from one of the early versions of the Otaku body (which set a new standard for aesthetics as well as self destruction).  I have two of these sculpts. The original I sent to a customizer to age, and is still on an Otaku body. The second one is the one you see here. I purchased it loose from the original owner, who did a mild repaint, as well as a complete re-root of the hair.  In my 1/6th world, this "younger" version is the daughter of the older one.

She now has the body she's been waiting years for! 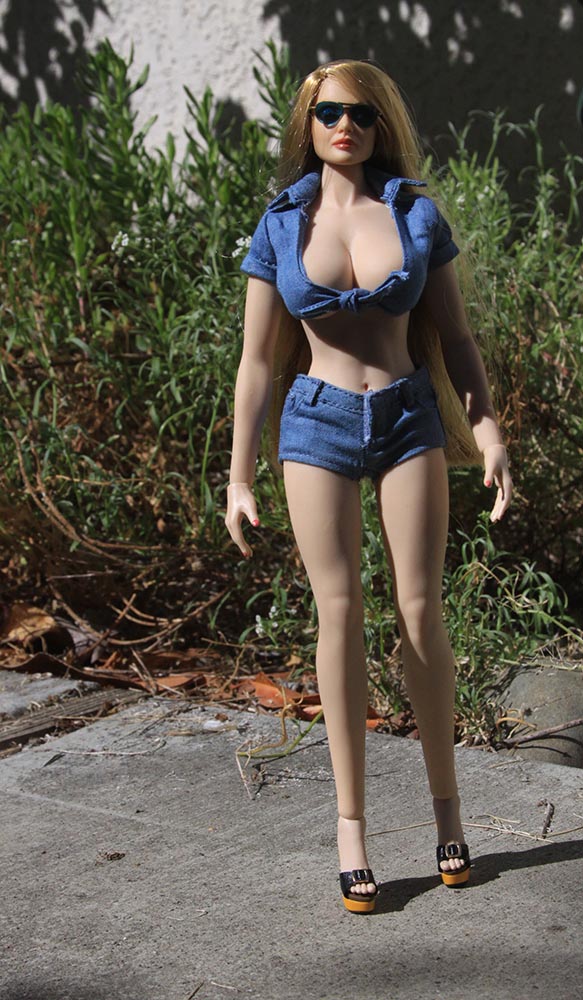 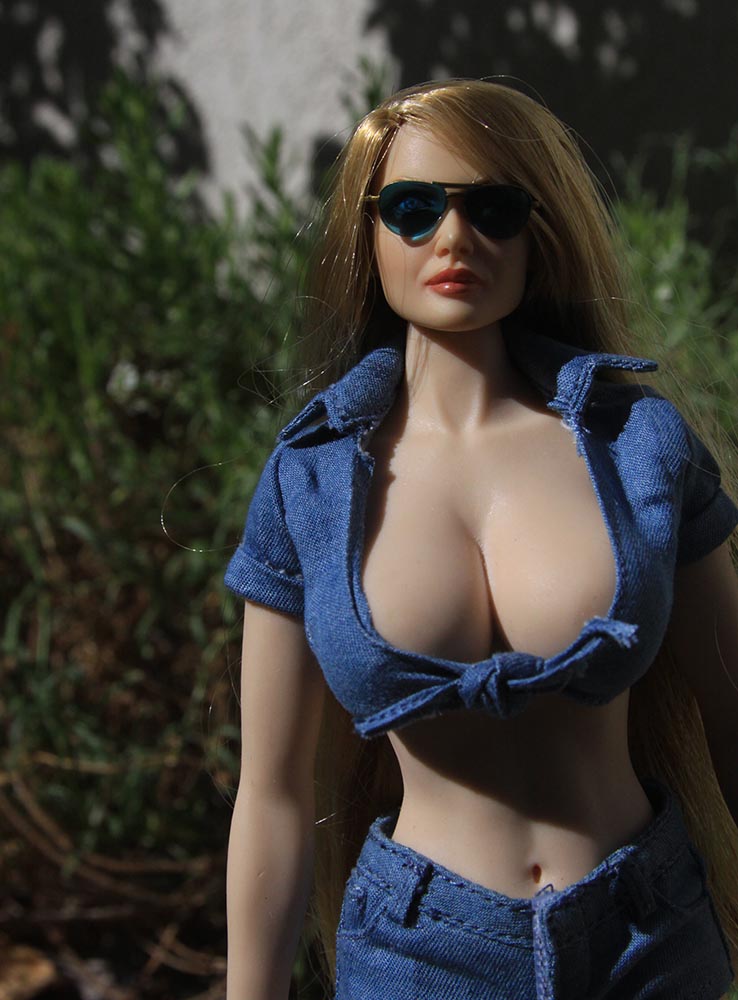 Her outfit is from SMcG Customs, and her blue sunglasses are from DAM Toys Nana.  More to come soon!