Fire Girl has introduced some really nice basic tactical sets for female figures. These baseball jacket sets (I believe there are three different color choices) seem to be a new direction for FG so I was anxious to try one.

They're a bit less expensive than the tactical sets- they include fewer items- but like the tactical sets, they're complete in that you get a clothing set and shoes (not the ones in these photos- more about that later).  Still, I think a ball cap would have been a great addition to the set.

Apart from the Ken shoes and Phicen sunglasses, this is what's included in the set: 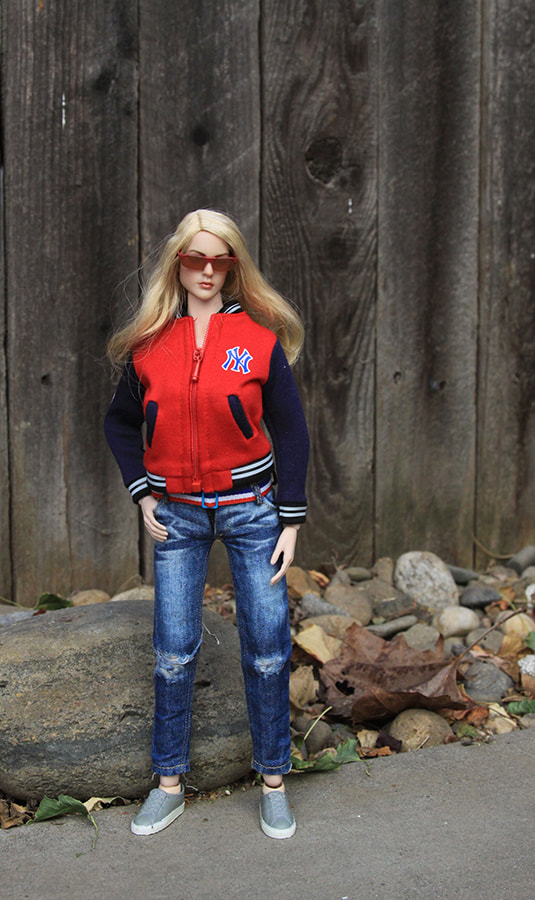 Naturally, the stand-out item is the jacket, but FG does a really nice job with the other items as well: functional pockets, nice belt loops and a nice color coordinated belt. Everything works well. Personally, I think this jacket would probably look even better on one of the smaller busted bodies, but I think it's still useable for the S10D. 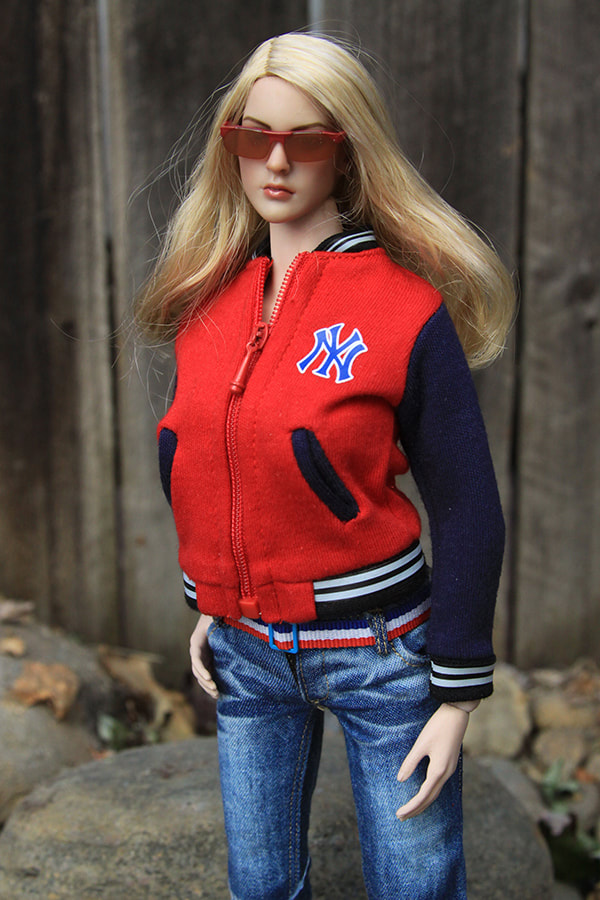 I know they're a big deal in the fashion world, but I'm not a fan of torn up jeans (unless they're ridiculously short cut-offs!).  Her right knee pokes completely through the pants leg when she sits- not what I like, but it's what I see a lot of young women wearing. I'm sooo old! At first I thought the pants were too short, but that's the style as well.  I would have preferred them longer so they would cover up the ankle gaps somewhat. Also notice that the Velcro fly is trying its best to stay closed. This probably wouldn't be an issue on a Very Cool style body. 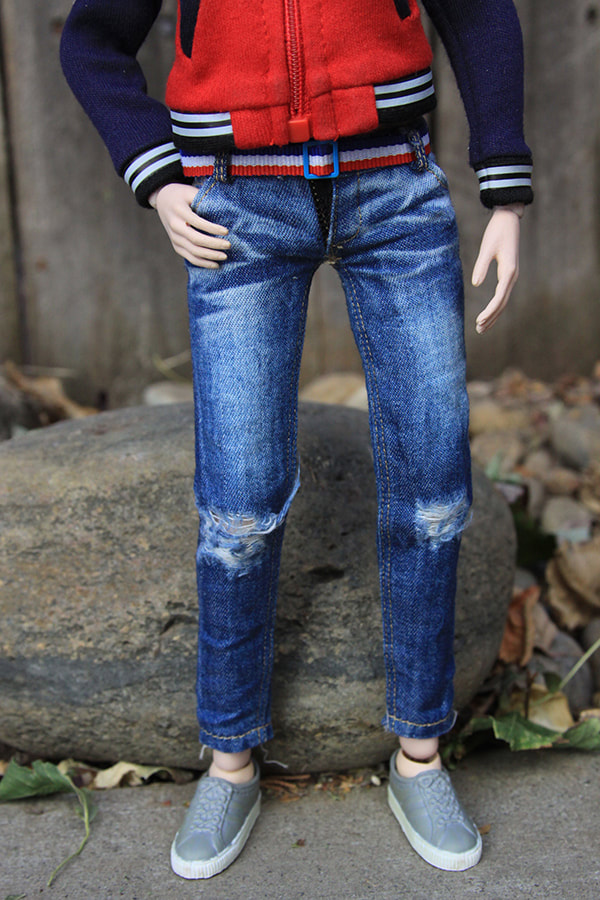 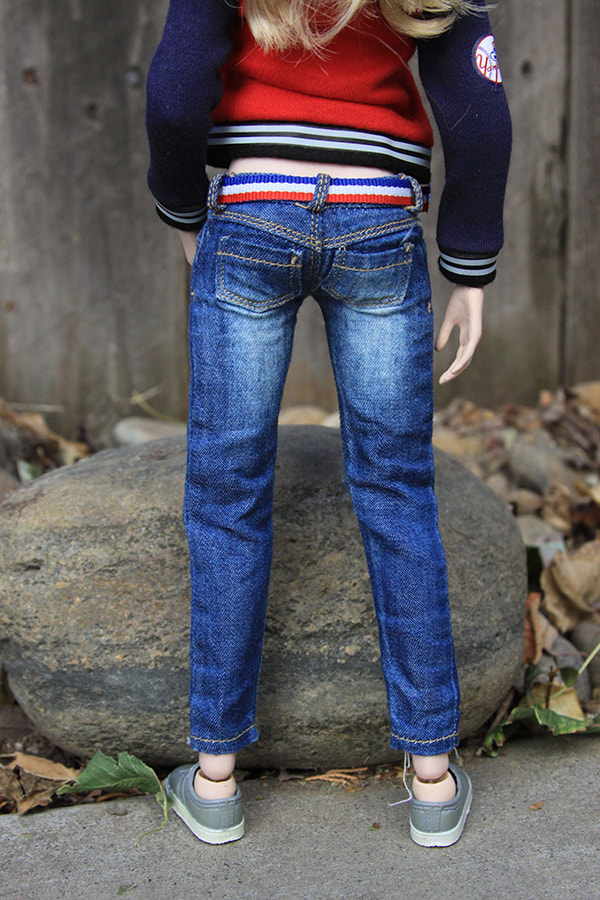 The graphics on the jacket are nice and crisp. I like this patch. If you adjust the pants a bit, she can sit and reveal her nice back, without violating stadium rules... 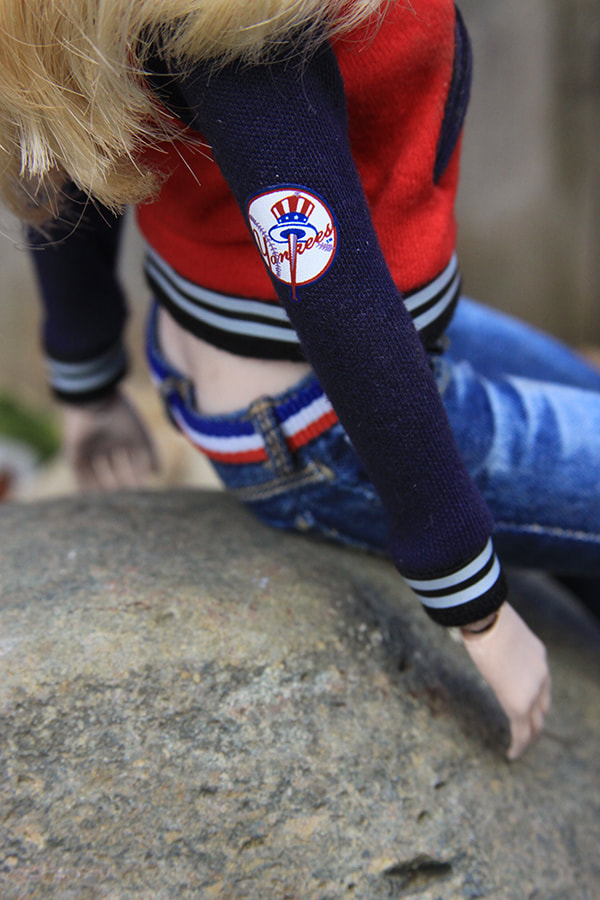 The jacket has a functional zipper that works very nicely without jamming or snagging on the surrounding material. 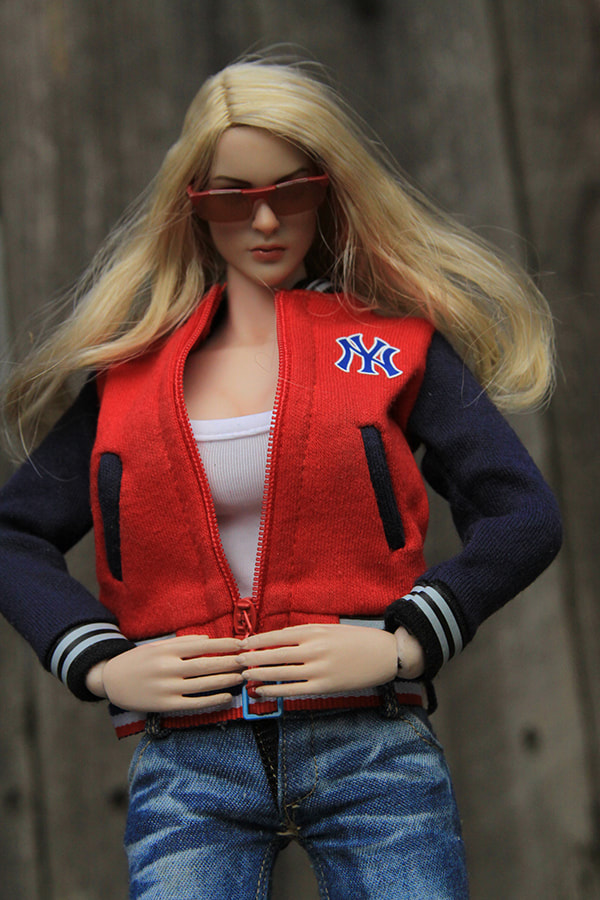 I don't know if there's any way they could have avoided this, but when the jacket opens, the pocket "pockets" can be obtrusive. They're huge- I guess FG wanted to make sure a figure could put her entire hand inside.  I think when the jacket is open, it's best to move these things back (they just flip back forward though). 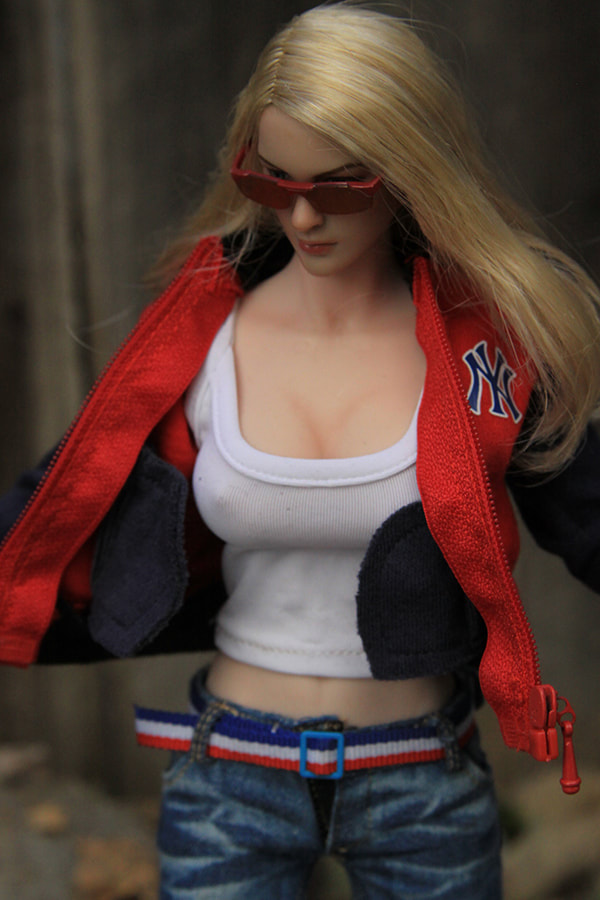 I just wanted to show that FG includes this very nice top. Not only is it well made, it looks rather spectacular on the S10D body. 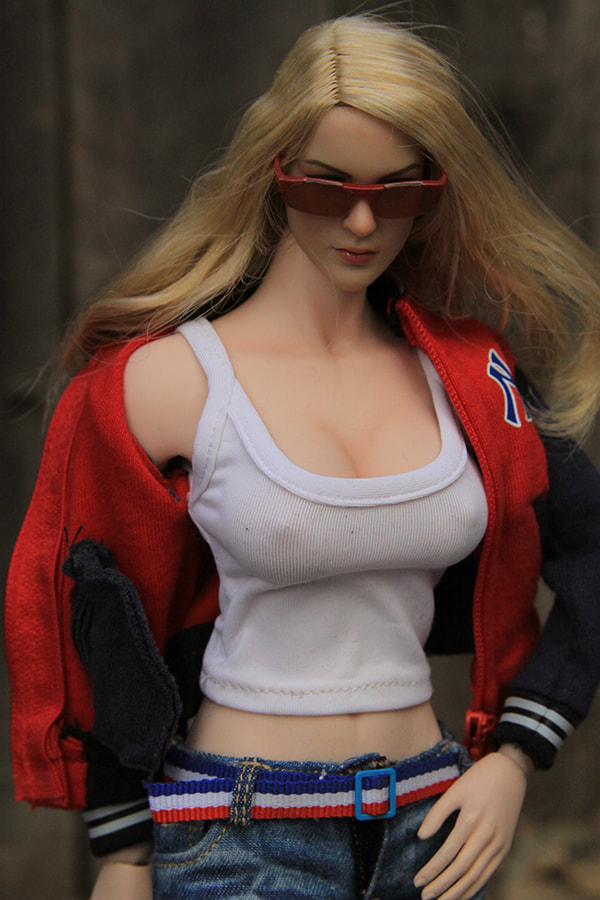 For me the shoes were a bit of a disappointment. They're designed (or intended) to fit bare feet. I was able to get one side to fit the Phicen bare foot after a lot of heating and wrestling. The other side simply would not fit, and on closer examination, the inside is simply too small. I think this may be a quality issue with my set. Only a modified foot would fit inside. These shoes are actually pretty cool looking. They have nice detailing on the soles, and I like the laces. I will probably convert them to shoe-feet. 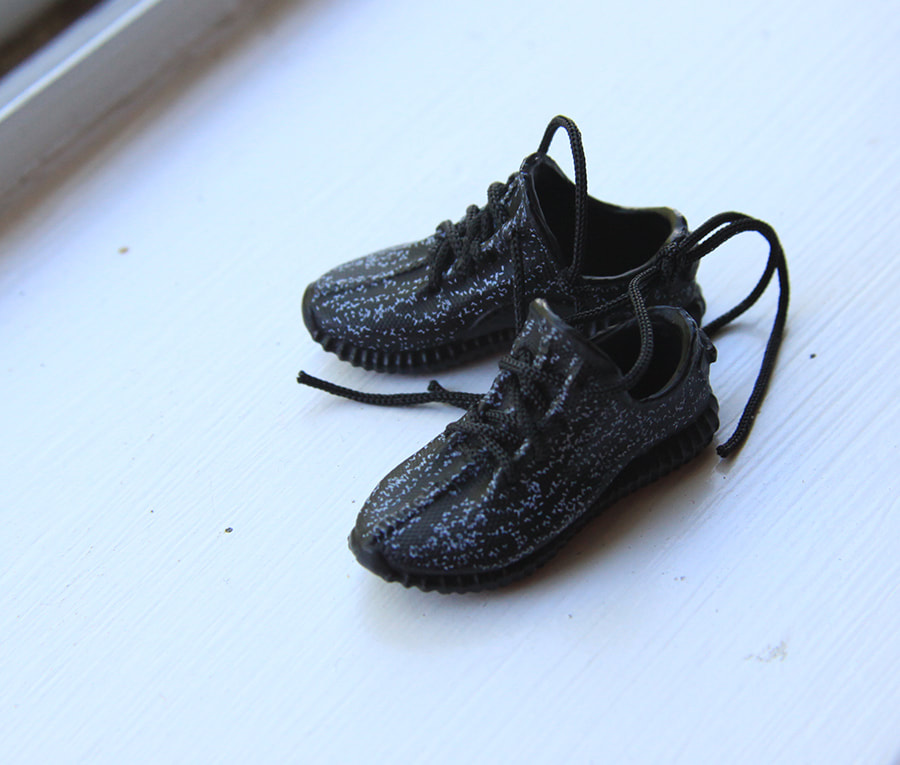 All in all, I'm pleased with the set. It looks good enough on the S10D body to be useable, and would work really well on the smaller bodies. I like that Fire Girl makes their sets complete stand-alone items- clothing and shoes. Sure, the shoes in my set were a bit of a disappointment, but I can make them work. Even the omission of a ball cap isn't a big deal- I have a really nice black FG cap from one of their tactical sets that will work. Batter UP!