A SHORT HIKE WITH ERIKA MALAKOFF IN ALASKA

I decided to take an action figure with me on a recent trip to Alaska. It was my first trip to the state, and I didn't know what to expect. Even from the airport concourse, the incredible beauty of the land is breathtaking.  Anchorage is in one of the most impressive natural settings of any city I've visited.

The opportunities for action figure photos were limited on this trip. As we only had nine days, we decided to use some guided tours. Most of the time I was photographing the scenery and not my 1/6th friend.

At one point we rented a car and drove the 238 miles to Denali National Park. Since our tour of the park didn't start until early the following morning, I decided to take a brief photo hike near the resort and took Agent Malakoff with me.

Now, I'll admit there's absolutely nothing about these photos that say "Alaska", but it was a fun hike and photo shoot. Hopefully on our next trip I'll take some photos of a figure in the spectacular setting. 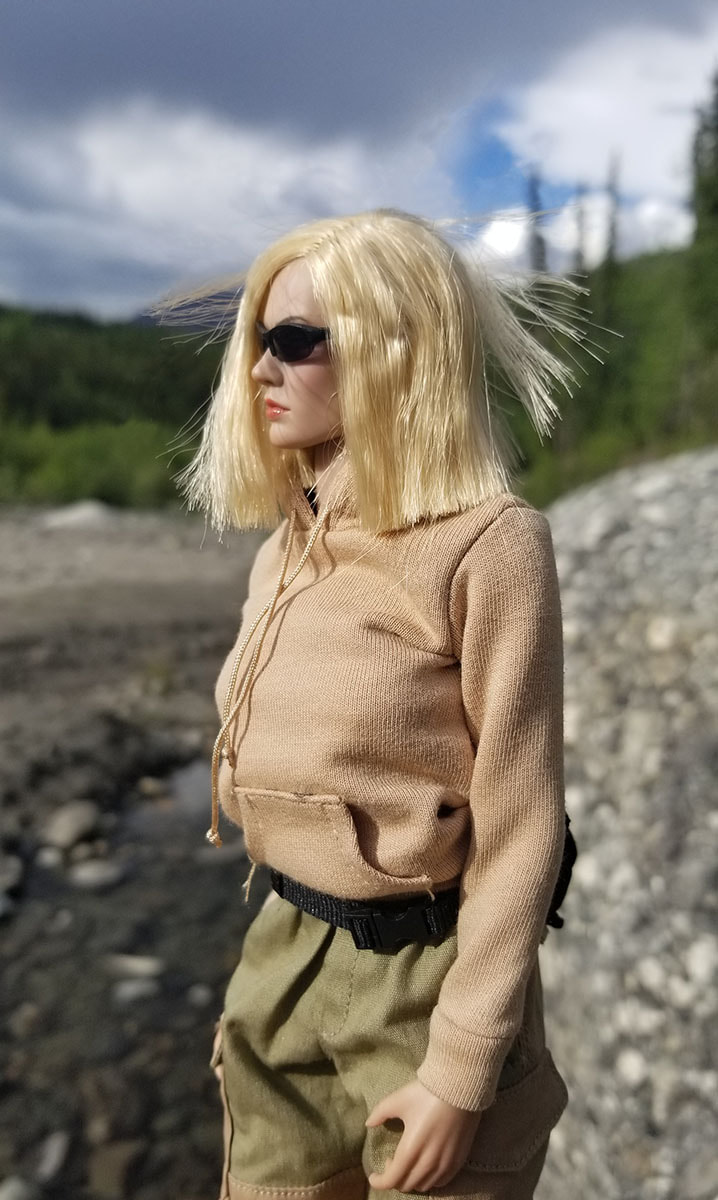 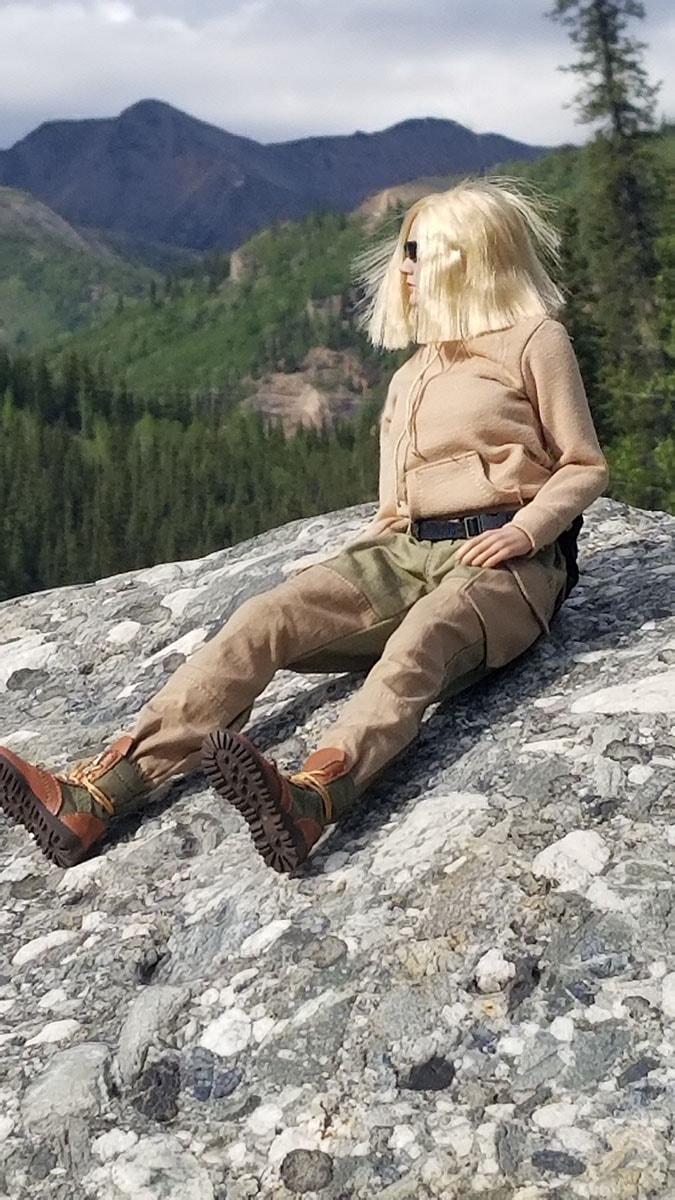 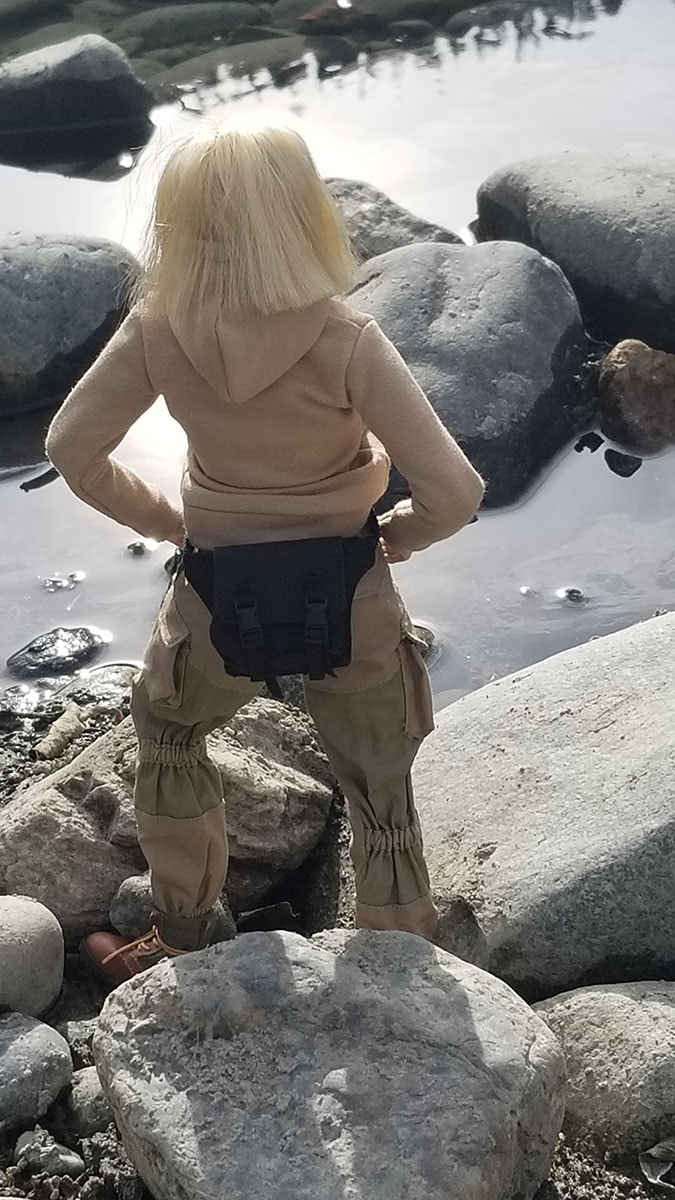 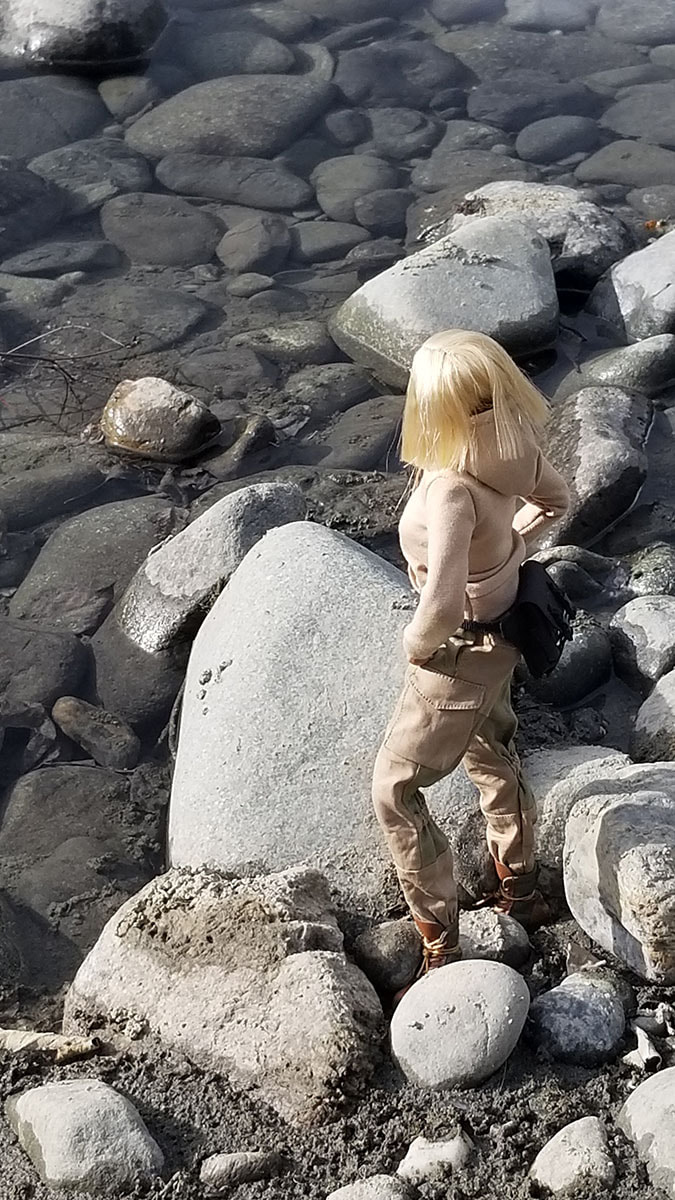 These photos were taken late in the evening; as you can see there is still a lot of light. In fact, the light in Alaska is quite striking since the sun never gets as high in the sky as it does in the "Lower Forty-Eight".