DollsFigure has been marketing "value priced" clothing sets since the early 2000s. Initially they were aimed at Obitsu and Volks style figures, but they eventually moved to Cy Girl and Perfect Body proportioned figures. At one time they even marketed a very nice CG 2.0 style body that I preferred to the original.  Eventually they added male sets to their line-up.

Let's deal with price right up front: I paid $25 U.S., shipped from China for this set in April 2018 (purchased on eBay, which is where I have bought all of my DF sets). Only their most complete male sets that include a head should ever cost $30 if you purchase it on eBay.

At these prices one wouldn't expect to get the best tailoring, detailing or quality found on much more expensive sets.

Expect staining to be a real danger! Let me be clear: If you don't take precautions, your seamless figure is going to be stained!

Even for the purposes of this review, the figure was wearing briefs specifically as a precaution.

So what does DollsFigure give us for $25? 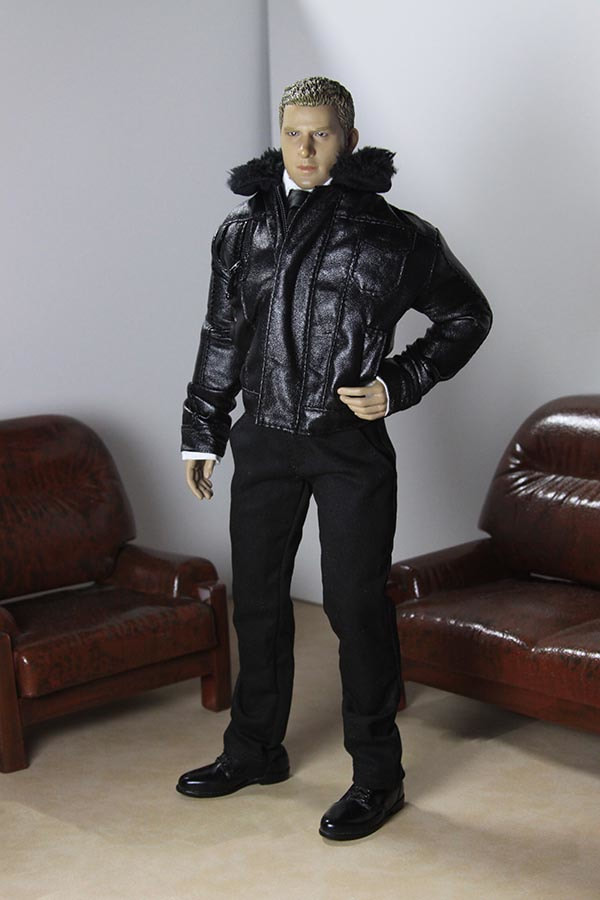 This set includes pants, belt, white shirt, neck tie, and the jacket. The shoes, Phicen M30 body, and Hot Toys head are not included for that capital outlay.

Detailing on the jacket is pretty good: a functional scale zipper, hidden by a flap, and functional side pockets. The sleeves are generous enough that I didn't have to remove his hands to slip it over his shirt. The pleather is flexible enough to allow his heavily muscled arms to bend. 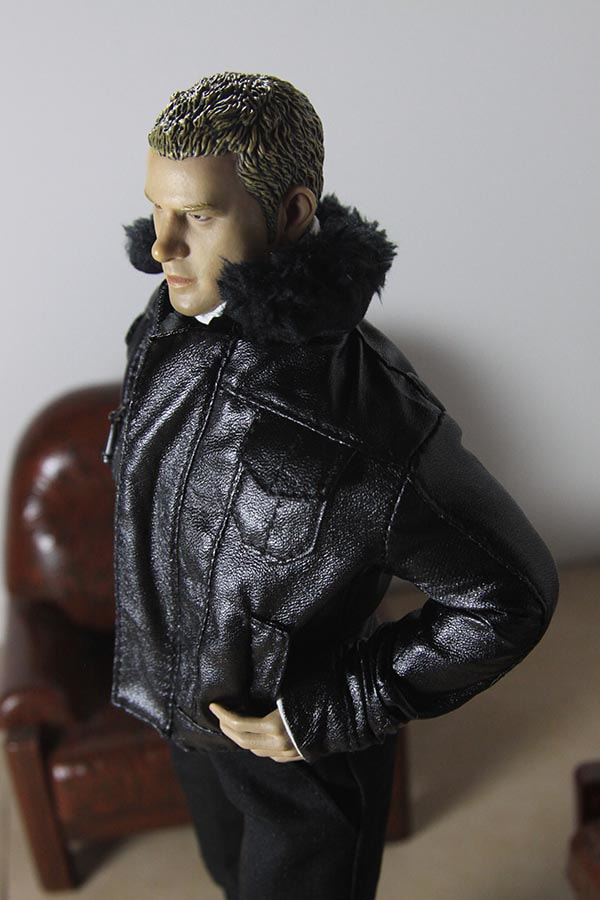 The "fur" collar is actually believable. Typically these things are huge, with really long fur. The collar does tend to stand up. I will use some fabric glue to hold it down. 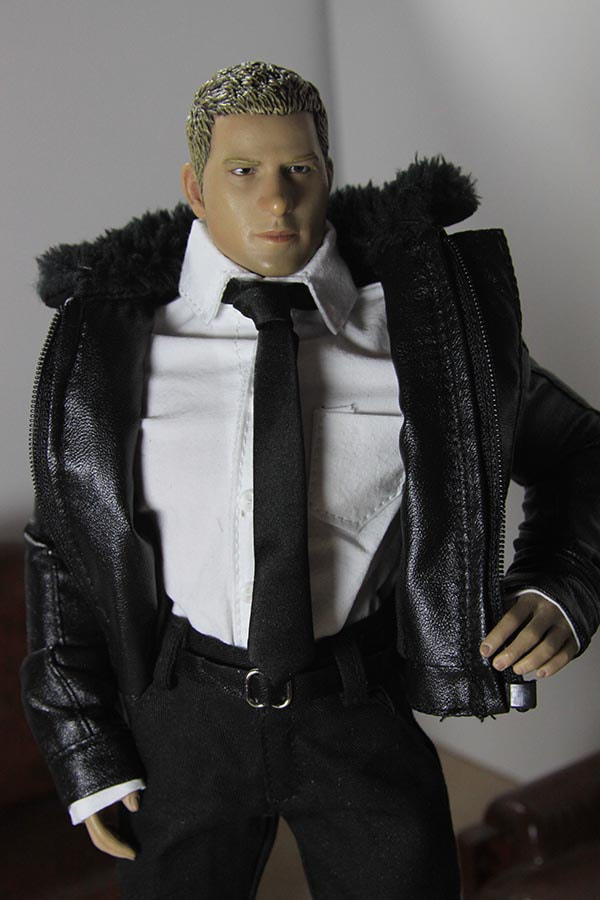 Here you can see how the jacket is finished. Neat stitching, and it's lined at the back. I like the seam detail on the sleeves.
Other things to note in this photo are the real tie, shirt with decorative buttons (it has a Velcro closure), pocket, and collar. What I've failed to photograph is the back- it's tailored with darts for a sleeker fit! Notice also the belt loops on the pants, which are a bit large for the included belt (but nice for fumbly fingered me). 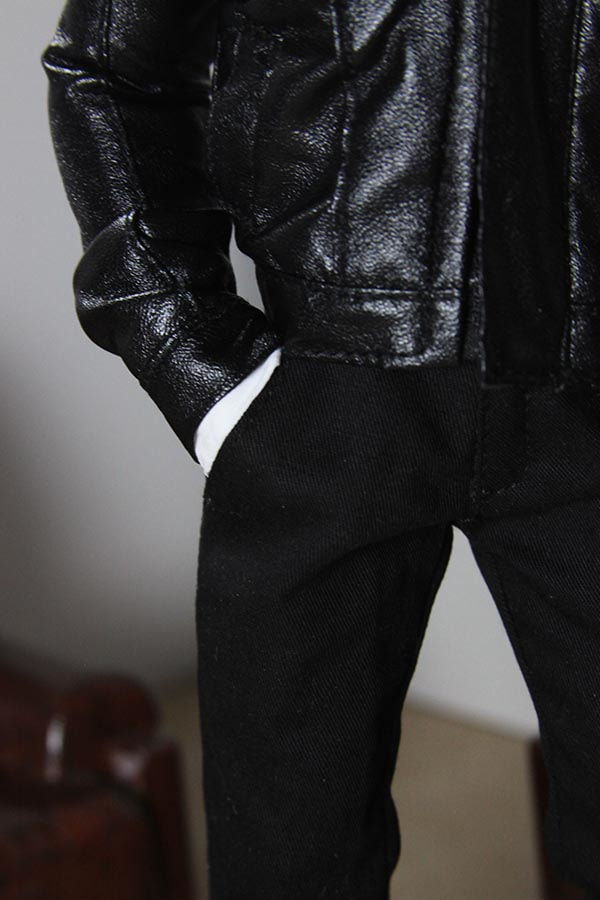 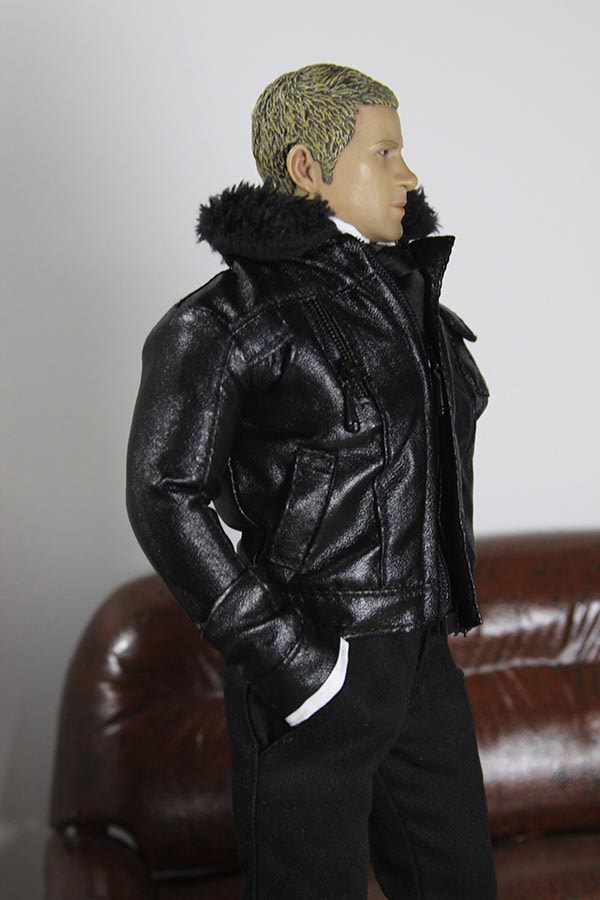 The pants pockets are large enough to accommodate his hands, something I don't often see. 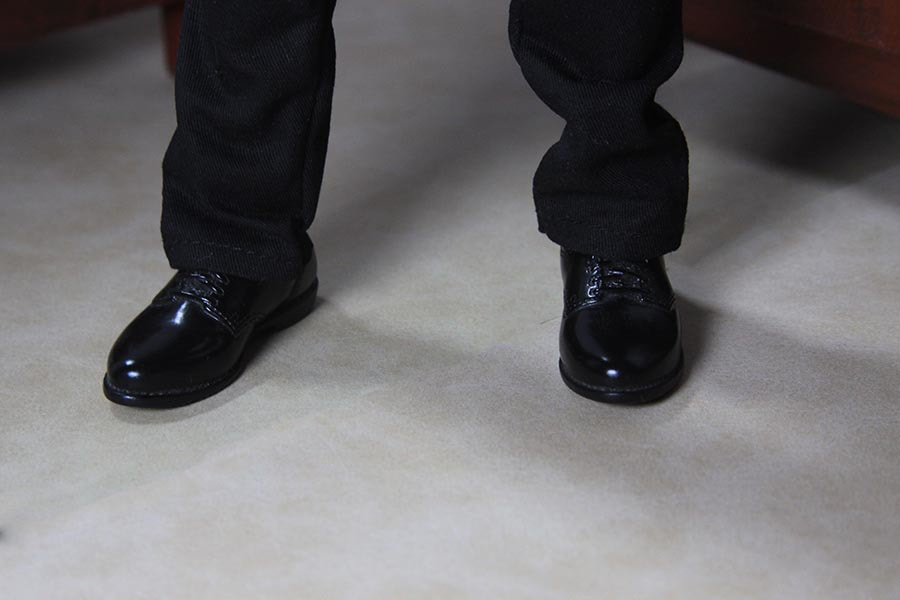 As stated earlier, the model is a Phicen M30. He's a bit shorter than the standard male figure. The pants are a bit long on him. The fit would be better on a taller body, but still not bad on the M30.

A few comments about the shirt- 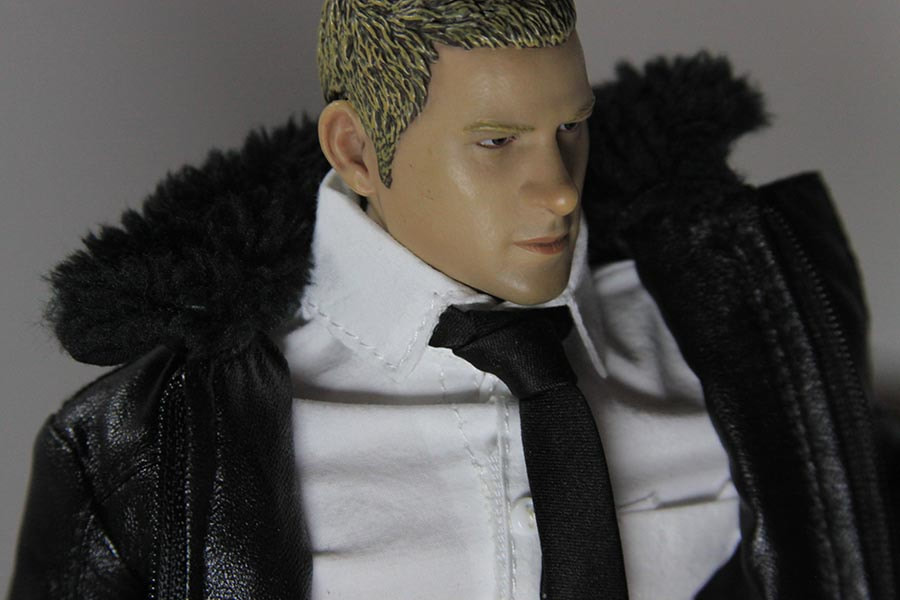 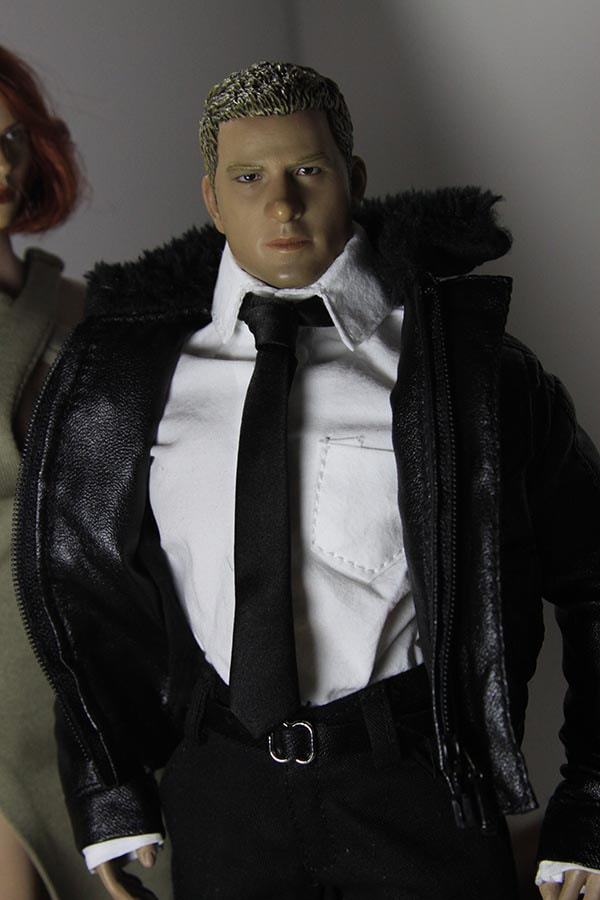 Shirt collars are an item that seem to give clothing suppliers fits. No one seems to be able to get them right, at least not often. Maybe the fashion dolls have better luck. They're usually out of scale and seldom lay properly. Add a neck tie and the problems get worse.

Though still too large, this collar can be worked with. The collar is actually open; the area where a button would be is sort of a flap that could  be pulled closed more and held with a fastener. Not perfect, but closer than some of the more expensive guys.

Also notice the necktie is actually tied with a knot. This could be tightened and adjusted better if I had taken the time. I've seen far worse fitting ties than this. It's nice to see one that actually comes close rather than the hopeless things with an elastic that is more common. It's also the right length, though I didn't get it completely adjusted. I really shouldn't do this when I have a headache... 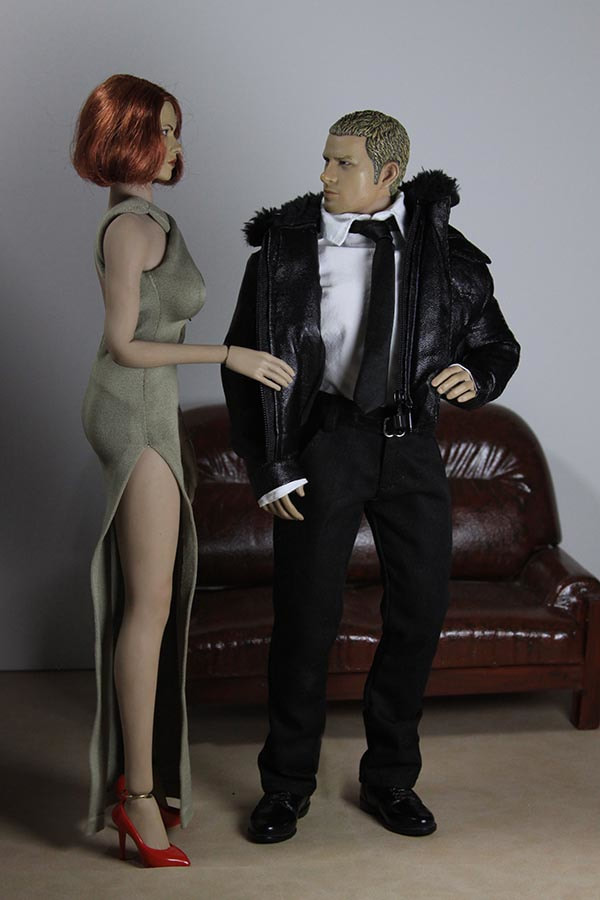 Pretty surprising what DollsFigure is able to do for such a low price. I think it serves to put the higher end sets in perspective. Sure, these sets are going to have some short-comings, but in this case they would be considered nit-picks on even the more expensive sets. I think of it this way, even if the only useable part were the jacket, it would still be worth the price!