I've been looking forward to this set since it was announced. The set really surprised me- it's a lot better than I expected, an example of how some promotional photos don't show the product in its best light (not that I claim mine to be better). 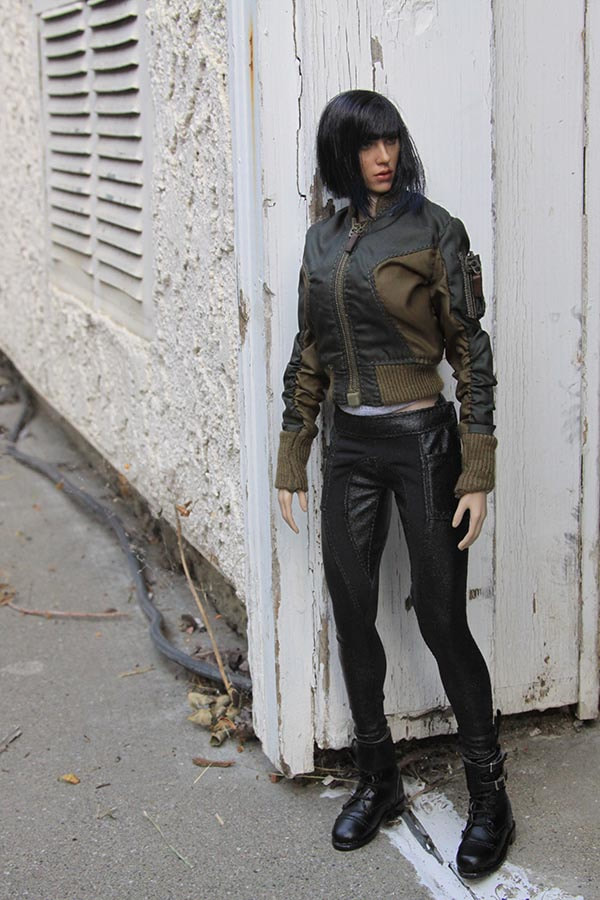 Form-fitting pants (that actually work), realistic boots, flight jacket, and that killer head sculpt- what's not to like? 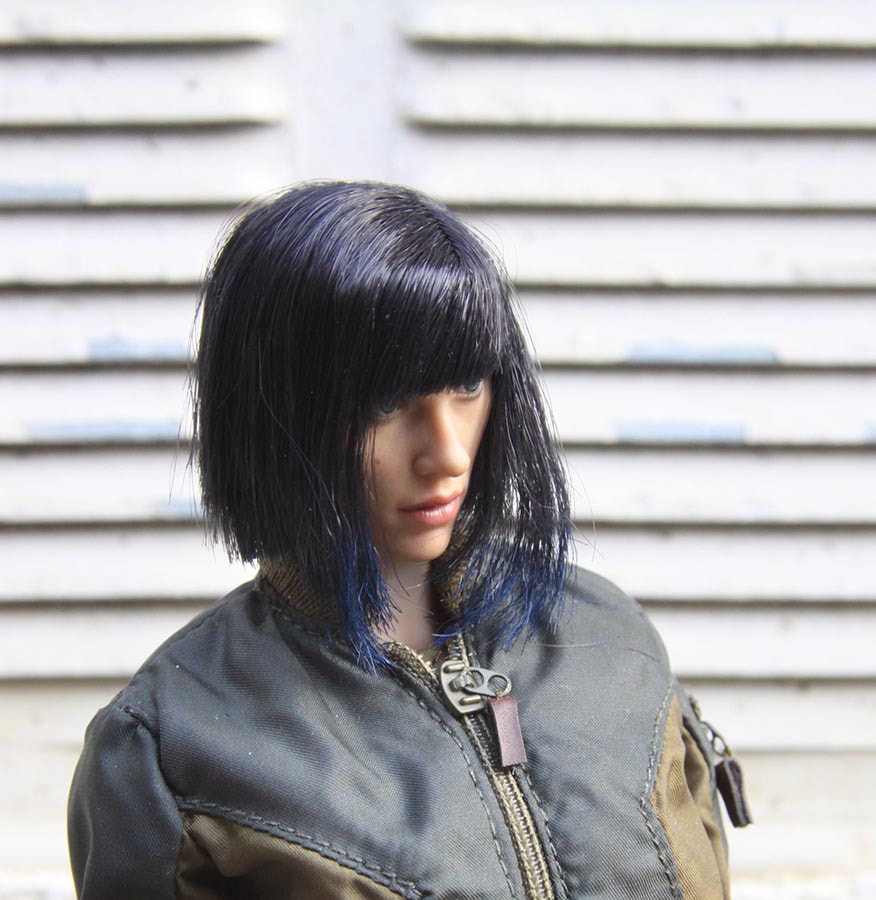 As the pants were a concern for me with the S23B body, here's a quick look at them.  Not only was I surprised to find they fit the body quite easily, they allow almost the full range of motion with a TBL, and that's a lot! I know of no other pants of this type that function this way. She can sit and even squat without revealing "posterior cleavage". They have a simple snap closure on the side. 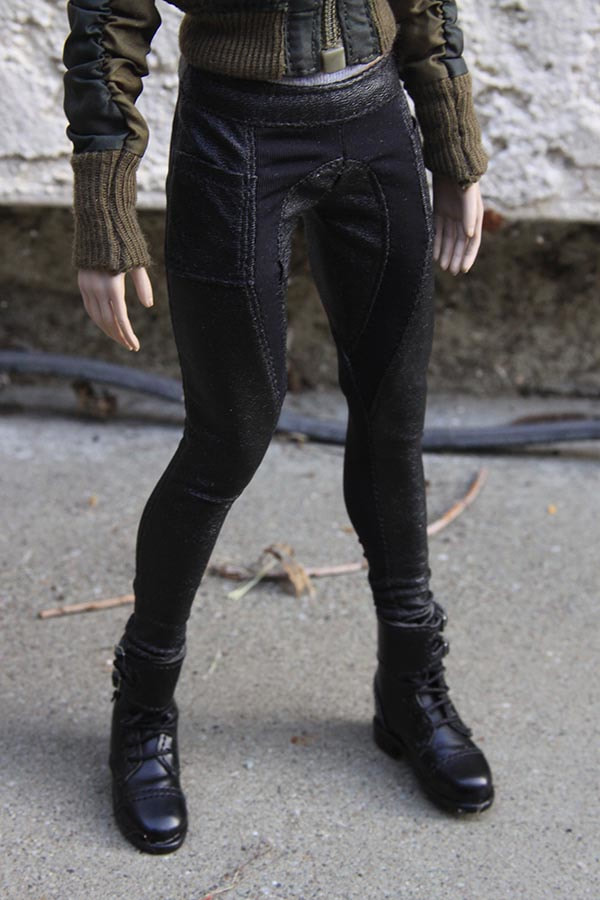 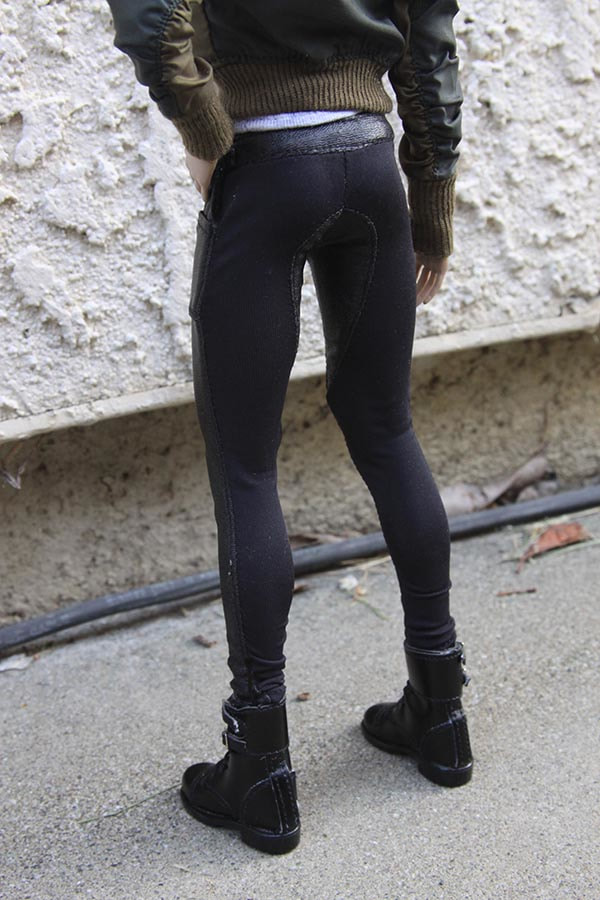 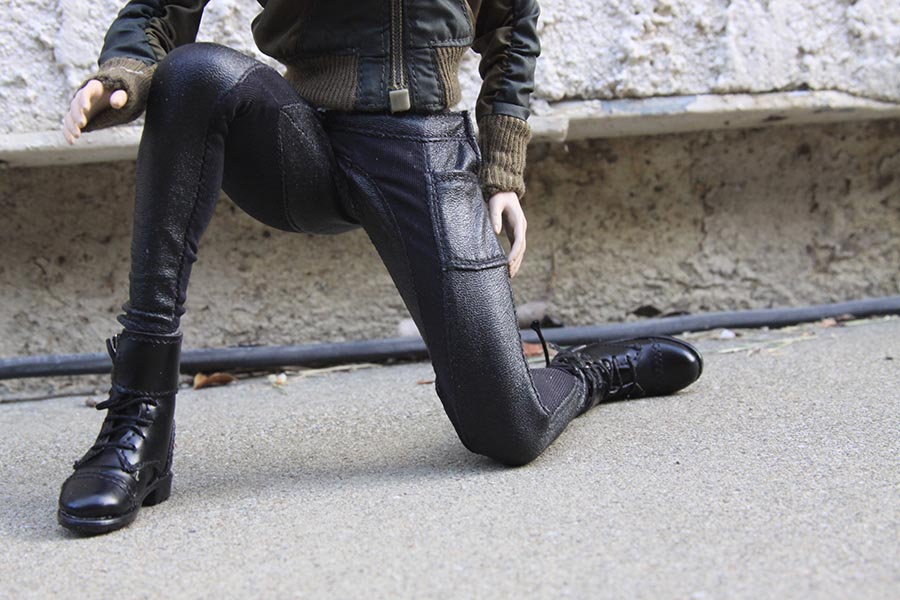 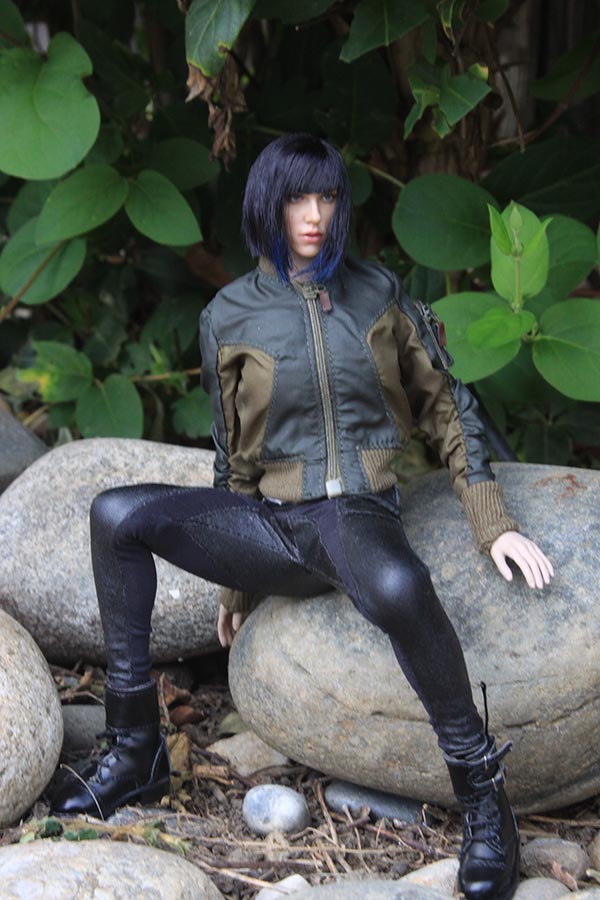 One of the first things I noticed in the promotional photos of this set are the boots. They're probably one of the most detailed and unusual parts in the set. They're made of a leather-like material and each of the individual parts has stitching detail. They also feature functional laces and scale buckles.

They also presented the biggest challenge to me in dressing the figure. These boots are designed for feet, and in order to put them on, virtually all the laces need to be undone and the tiny scale buckles have to be completely released. Lacing them back up wasn't difficult (though I didn't lace them as nicely as the factory did). Those same nicely scaled buckles were the challenge. The upper buckle on the left hand boot simply wouldn't allow the strap to pass through. Eventually I surrendered and simply used FabriTac to hold the strap in place.

I'm not going to fault the design or manufacturer for my difficulty. It might just be that I'm too fumbly for such a nicely scaled item. Still, I have to confess that by the time I successfully fitted them, I gained a new appreciation for boot-feet. The feet in these boots will stay there forever; I will use them as boot-feet. Maybe archeologists will discover them someday. 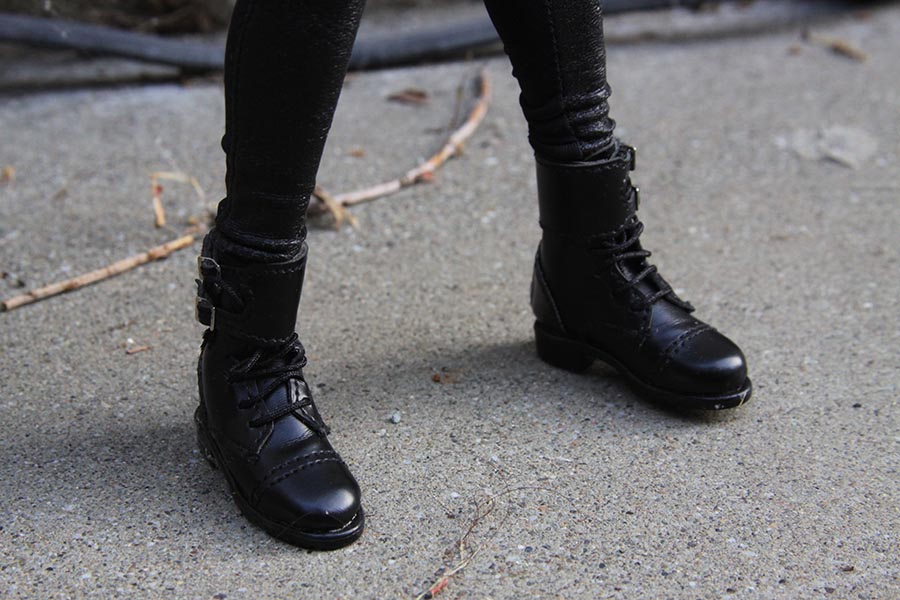 Another nice item in the set is the jacket. It's very similar to a flight jacket, and is the nicest one for a female figure since Blue Box made a USAF spec one for their "Burner" figure. One of the advancements since that was made so many years ago is the availability of scale zippers. While this design doesn't have side pockets, it does have a nice sleeve pocket, and nice cuff and waist detailing. The inside has signal orange lining as often found on flight jackets. I like the two-tone color scheme. 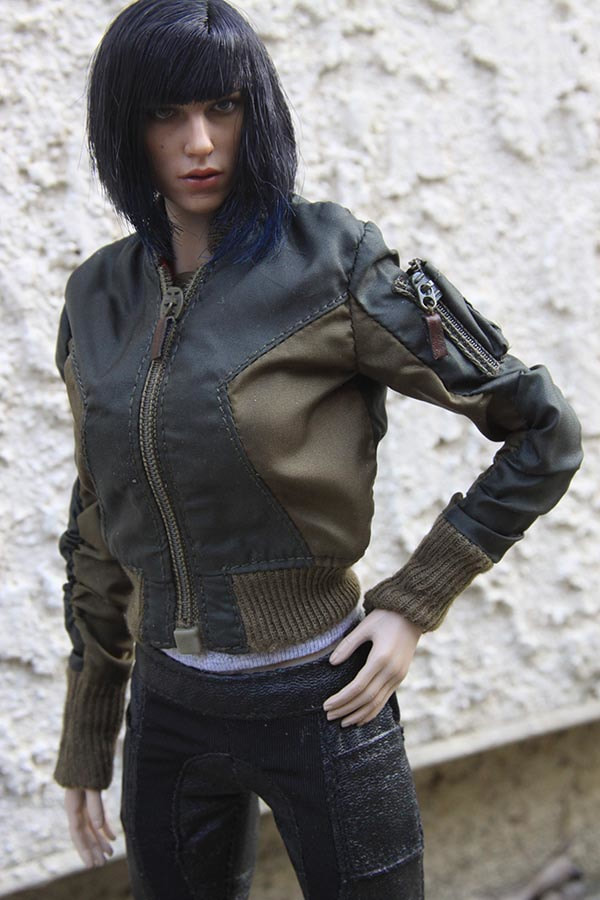 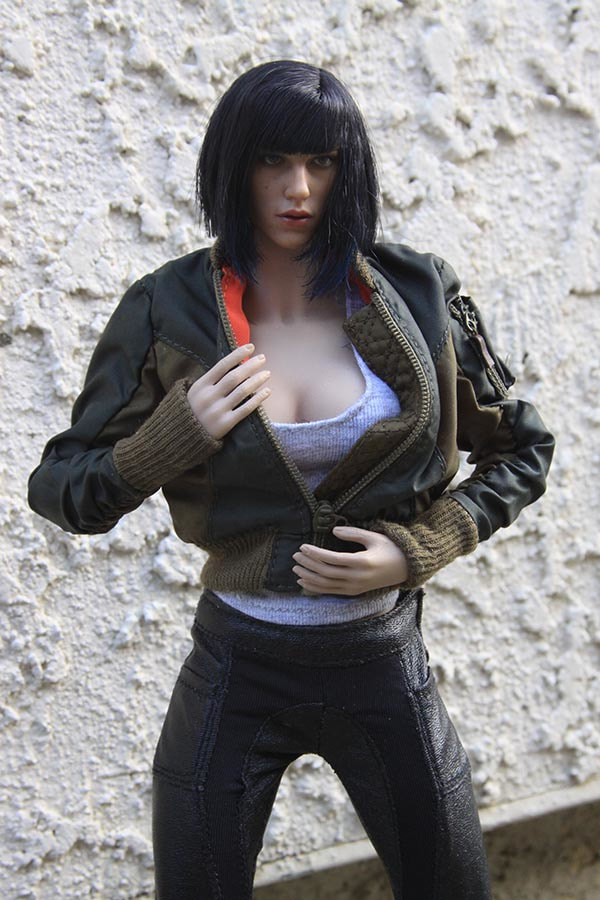 The gray tank top is included. A simple piece, but even it is nicely made for a busty figure. The last item included with the set is an automatic hand gun. It's not a bad piece (it has a working slide and a removable mag), but there's no place for her to carry it.

I am really pleased with this set. Everything shows careful design, attention to detail and quality. The clothing fits well and functions as it's supposed to. The head compares with the best on the market in terms of sculpt, texture, painting and hair.  Initially I thought I would just buy the clothing items, but the individual items always cost as much or more than the whole set. MSRP is $50 - $55 US, which today represents good value for the money.