This Cat Toys head sculpt is an exclusive made for SMcG Customs. It's the same sculpt Cat Toys used for a previous version that had straight hair, the CT012HS head.

My experience with heads with this type of hair has been less than satisfactory. Whether they've been high-end Fashion Royalty, play line Barbie or various action figures, they've all suffered from too much volume. Not only does the hair turn out to be enormous, it doesn't drape properly (if that's a term applicable to hair) around the head and shoulders.

When SMcG announced plans for these heads, the graphics showed heads that didn't exhibit these issues. They looked gorgeous, and realistic. I decided to see if this was the case, and ordered one as soon as he had them in stock. 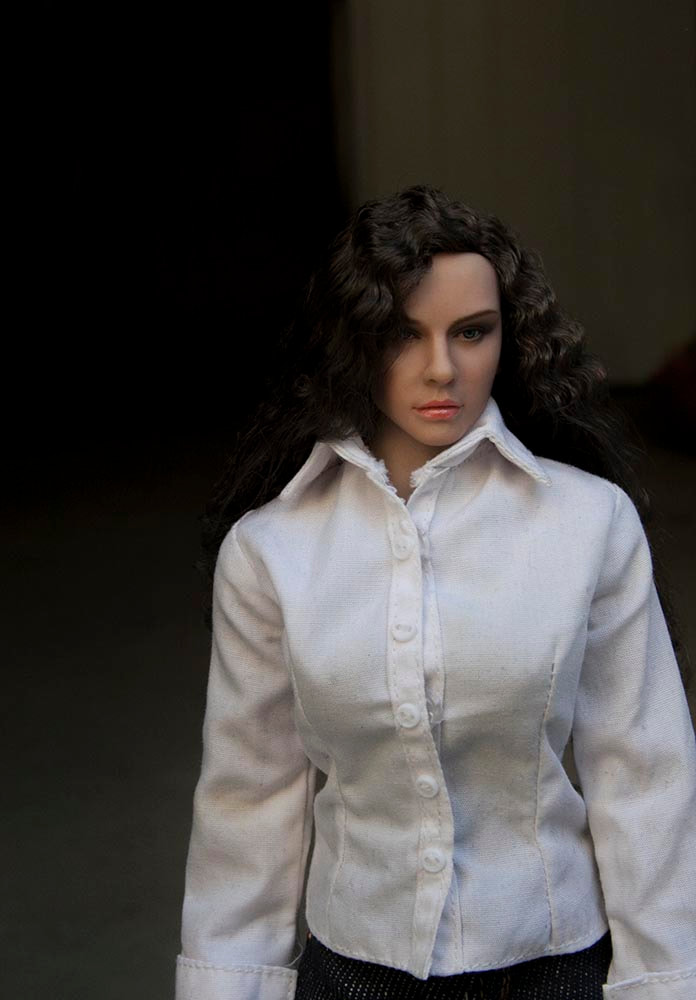 These photos are pretty much as she arrived. I didn't make any adjustments to her hair, and I don't think she needs any.

Promotional graphics can only be accurate to a point. Sometimes they're more of what the designers wish the product to be rather than what it actually is. In this case, I would say the graphics accurately depict what the hair actually looks like. If there's a difference in the actual product I would say it's the lip color. She has a softer color compared to the deeper red in the graphics. I'm fine with this though, I prefer the softer color. 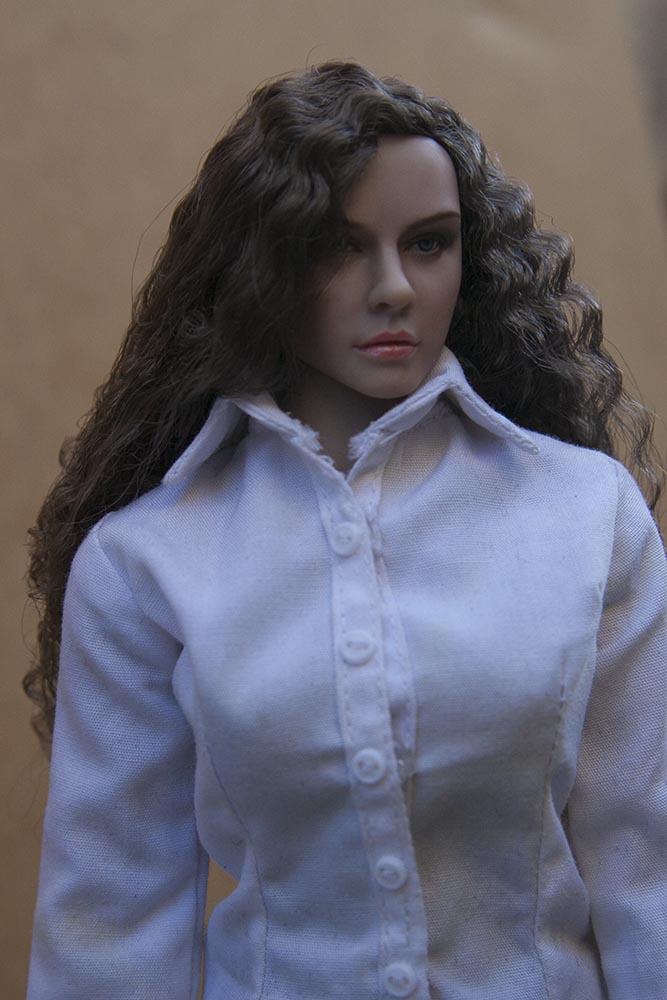 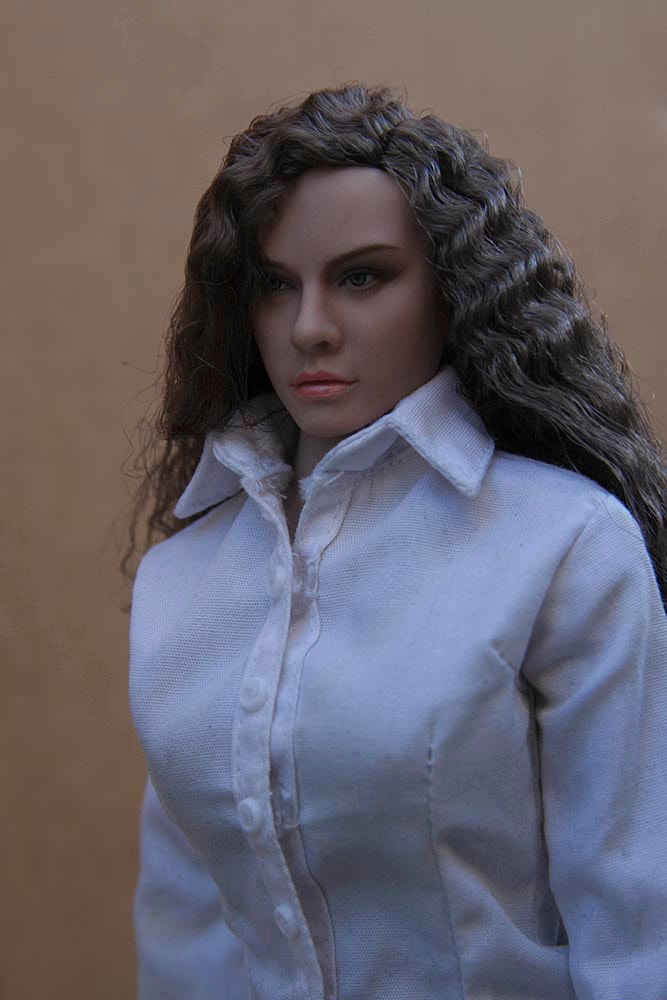 My biggest concern was the hair itself, and I'll say I'm very pleased with the result! I think SMcG got excellent results with this project. For one thing, the hair is soft and can be moved to fall in front of her shoulders, though I didn't photograph it that way. Most of the time hair like this turns out to be stiff, like a brush. This is quality hair combined with good rooting. 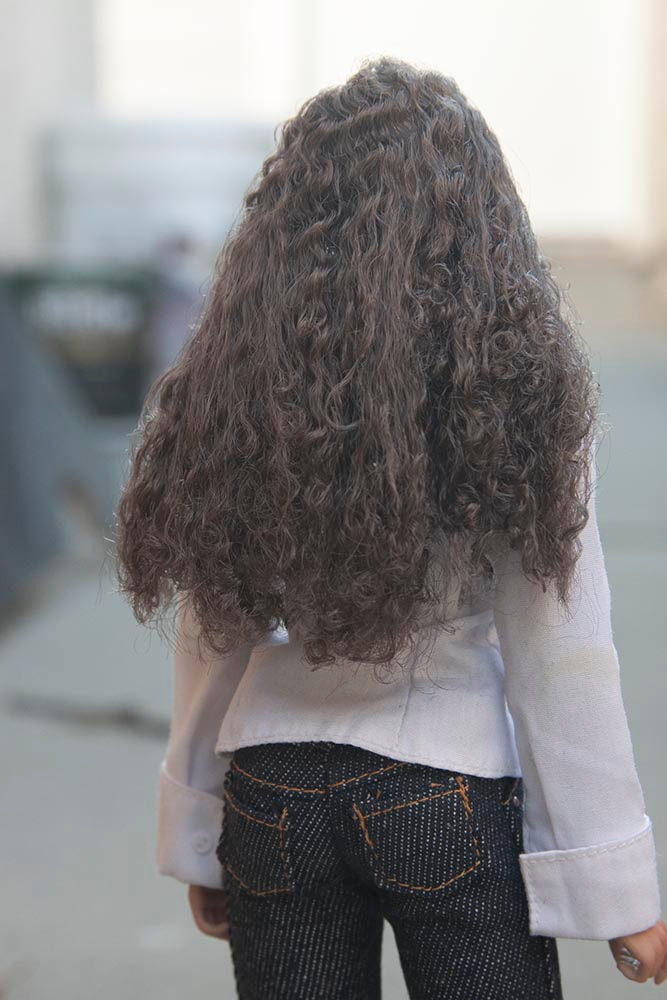 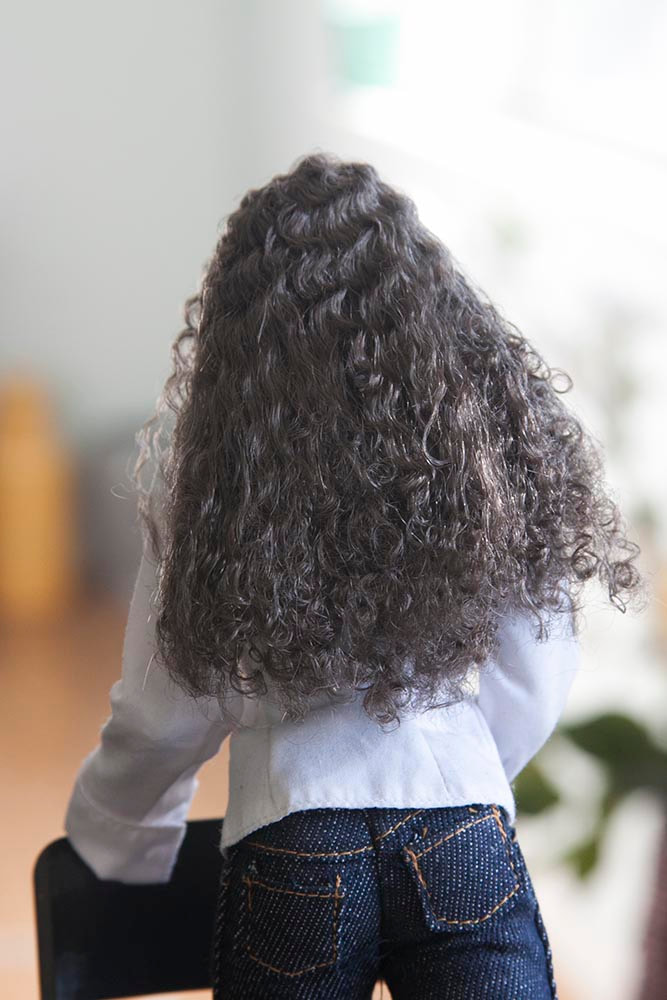 In terms of skin tone, I find it matches the TBLeague suntan very well. She's borrowed a TBL S23B body for these photos, but I'll use a different TBL suntan body for her.  The neck socket Cat Toys provides with this head was a bit tight for the TBL neck ball, at least at room temperature. There's also enough material that it could be bored out a bit for an easier fit. I used a different neck socket in these photos.

I'm very pleased with this sculpt! She's distinctive among my female figures with those spectacular locks. The sculpt itself looks really good with a nice paint application. I'm actually thinking of getting the red hair version as a possible replacement for my aging Cy Girl Blaze.