BRIANNE IN THE PASSAGEWAY

One of the obstacles or challenges, to fully utilizing 3D software is that it requires some powerful components to run efficiently. The renders in the earlier vignette with Brianne each took two hours to render. I discovered that using HDRI images cuts this time down to 22 to 35 minutes. I don't know why this setting also renders a lot faster than the promenade setting in the earlier story. I have also learned that my current system is really taxed by indoor scenes with lots of reflections and various artificial light sources. Low light scene especially bog it down.

This scene rendered very quickly. Each render took no more than 35 minutes. Even lighting with minimal shadows and no reflections seem to help my aging computer turn these out.

The opening images are of her in an HDRI environment, which also renders very quickly. 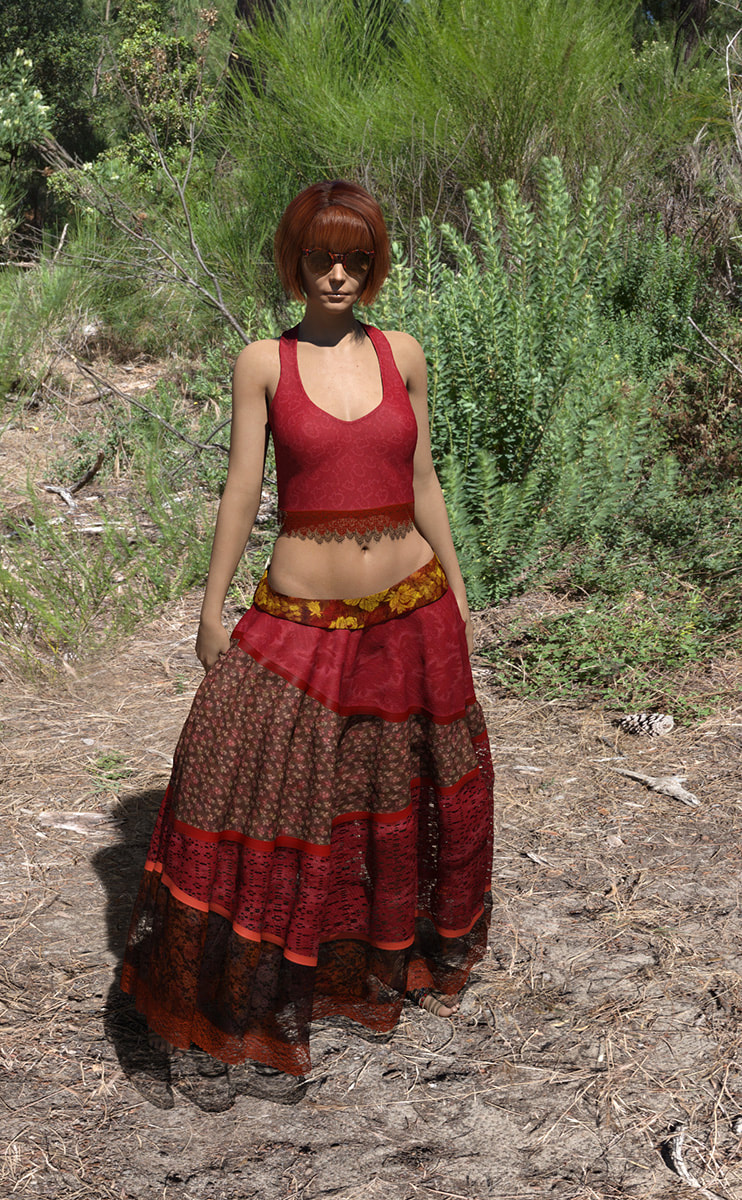 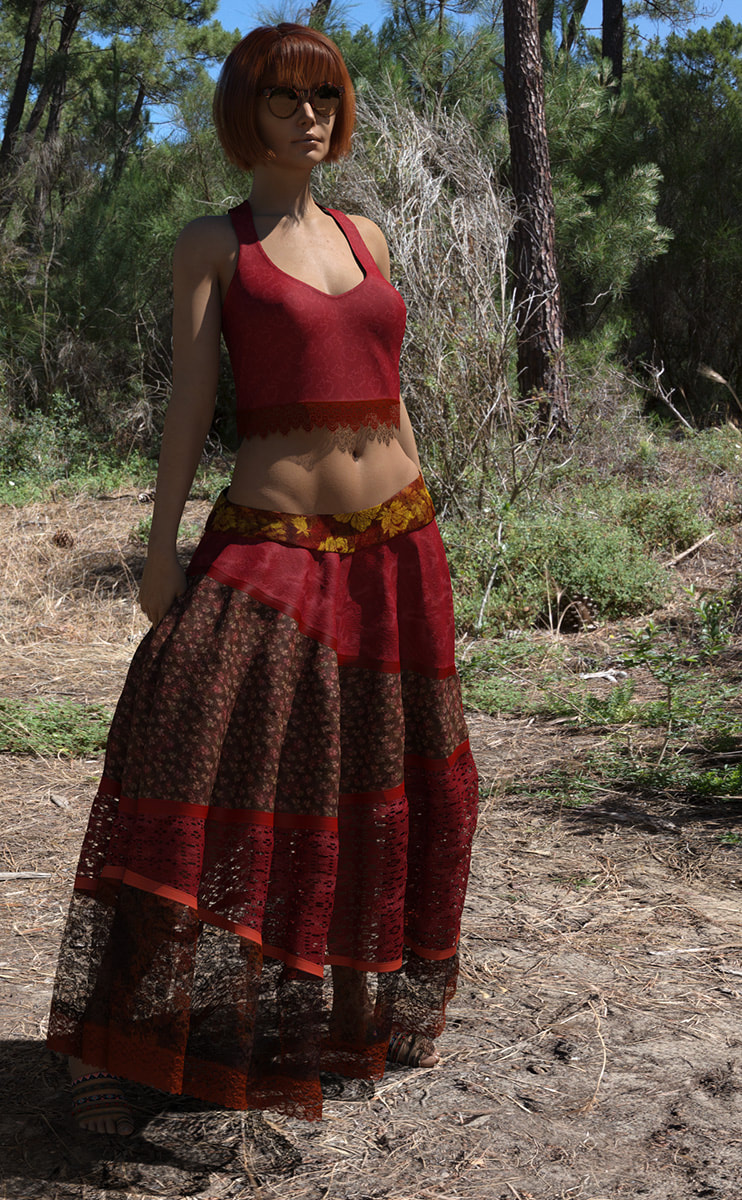 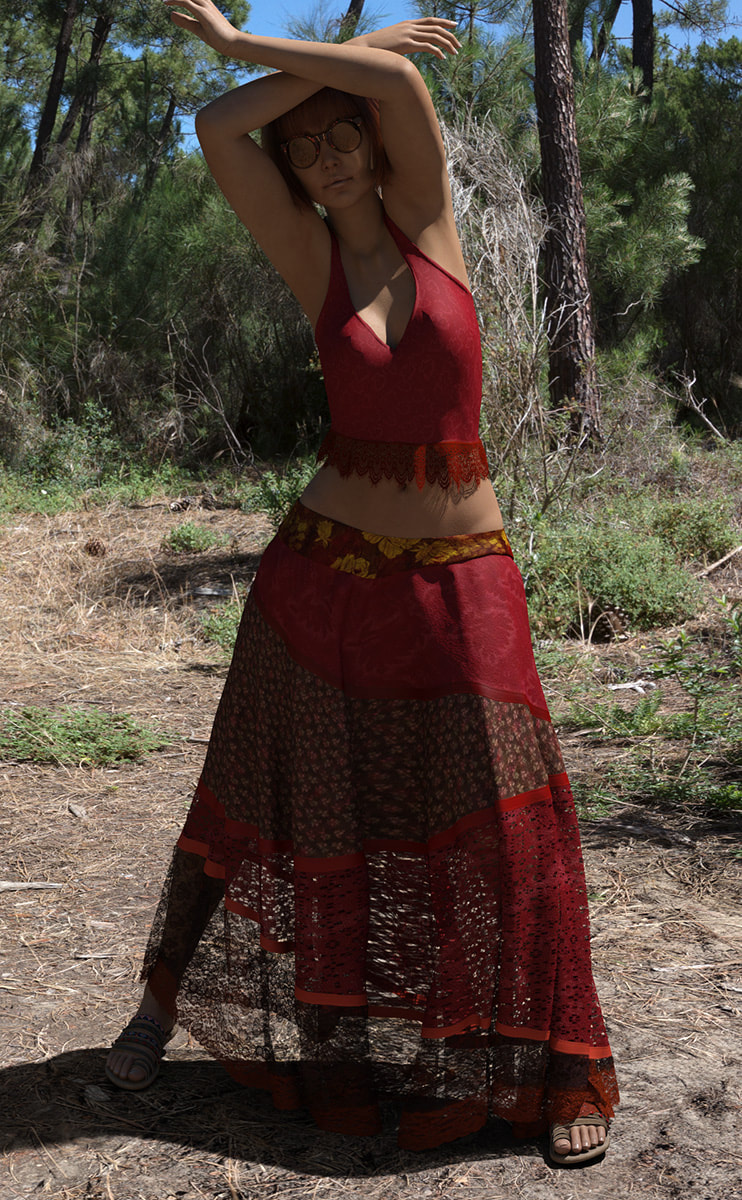 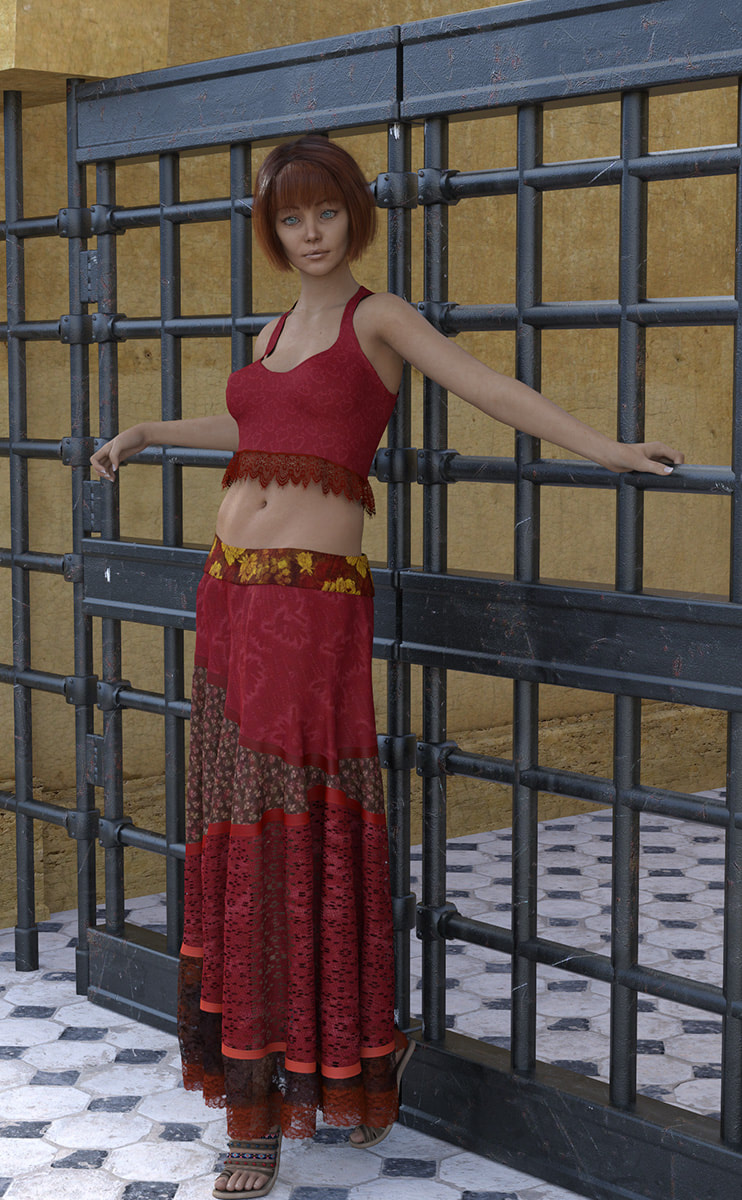 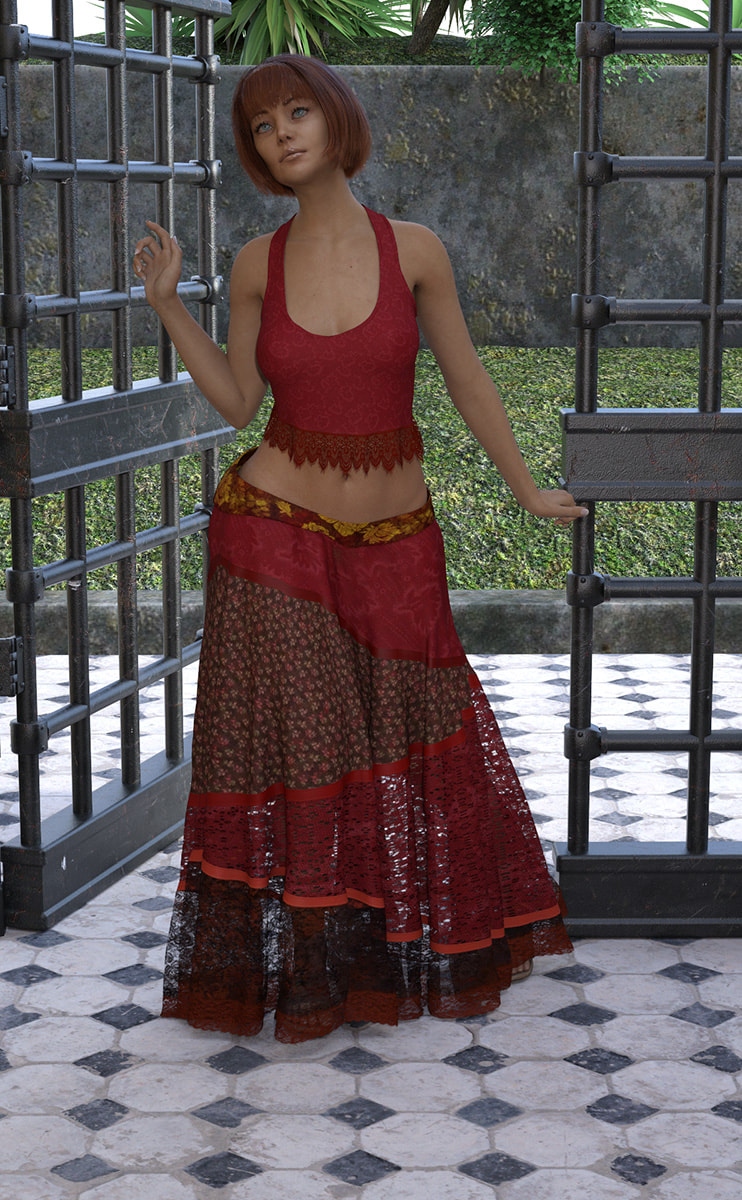 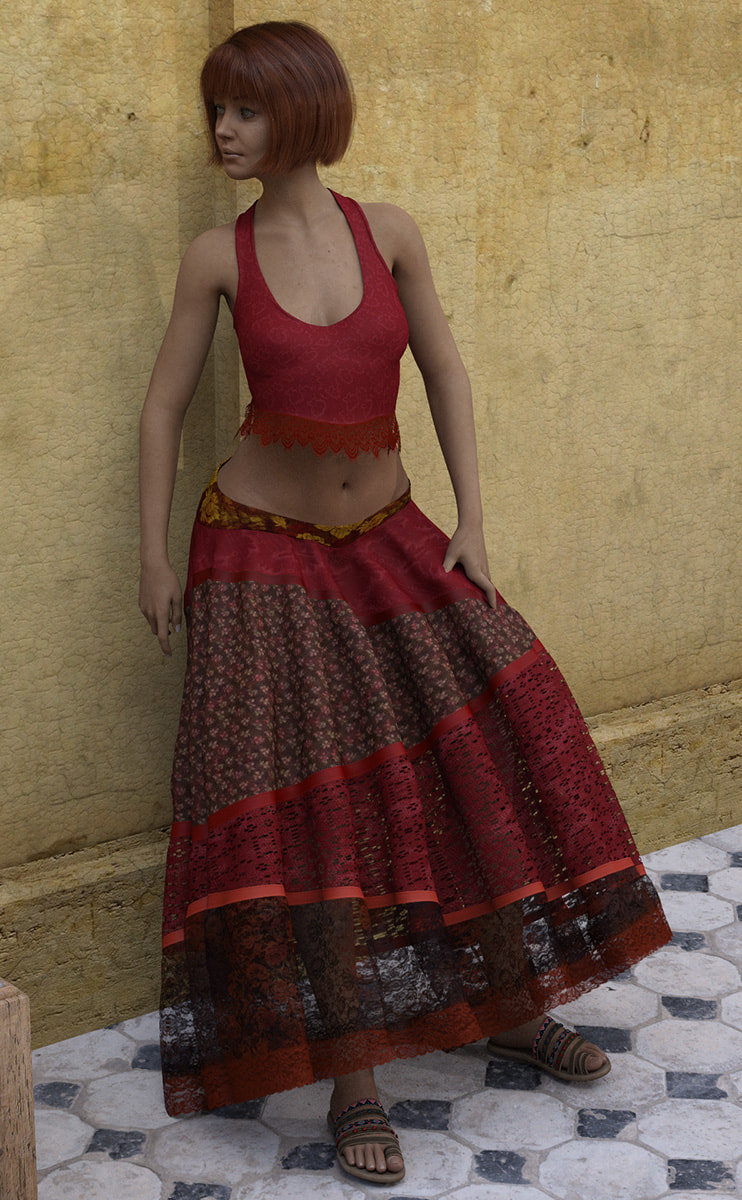 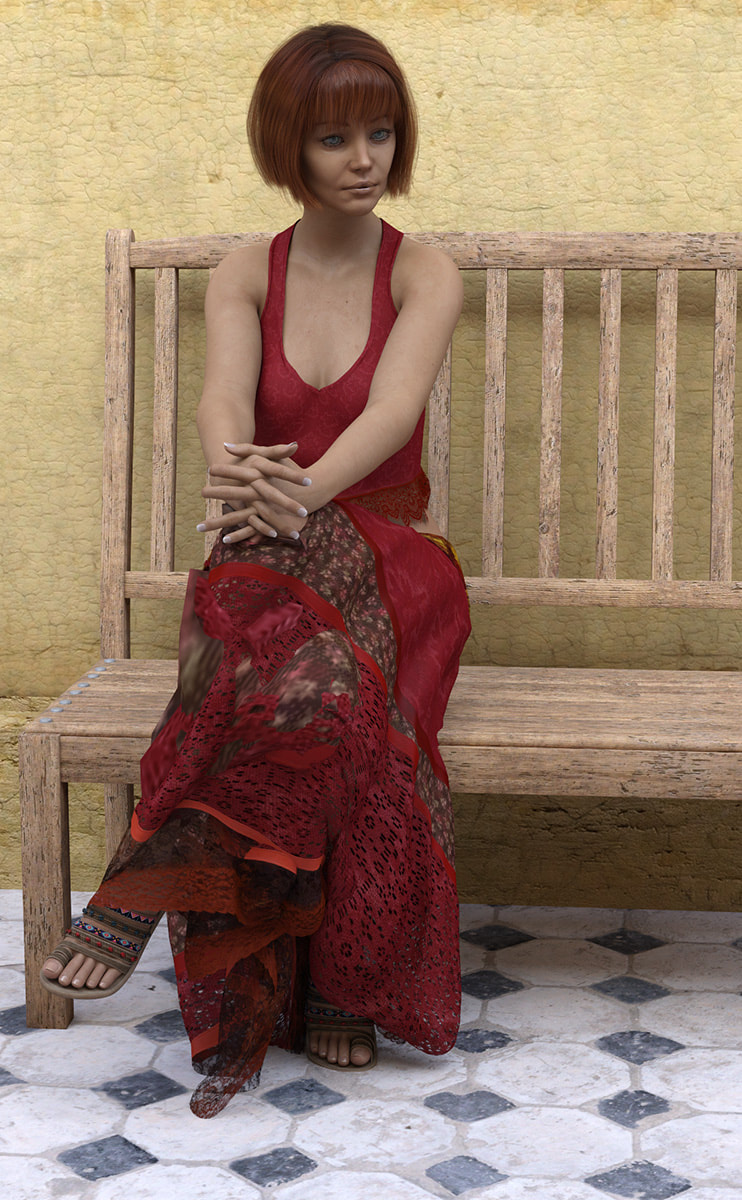 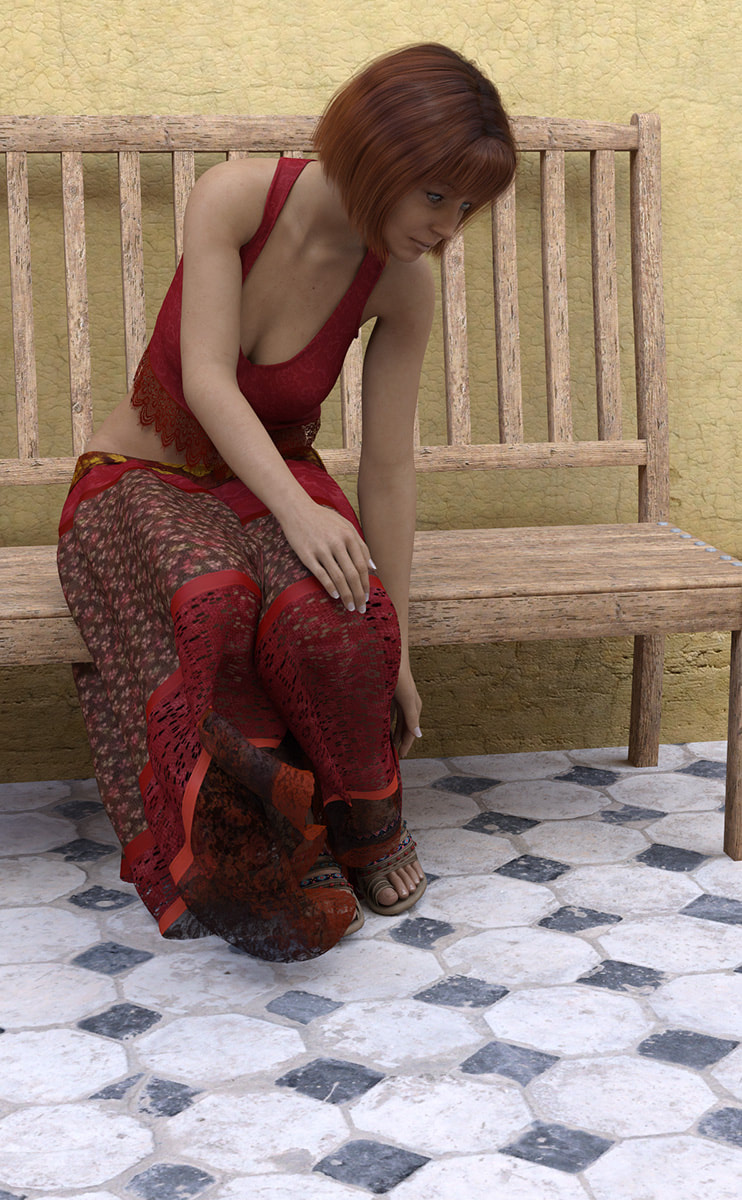 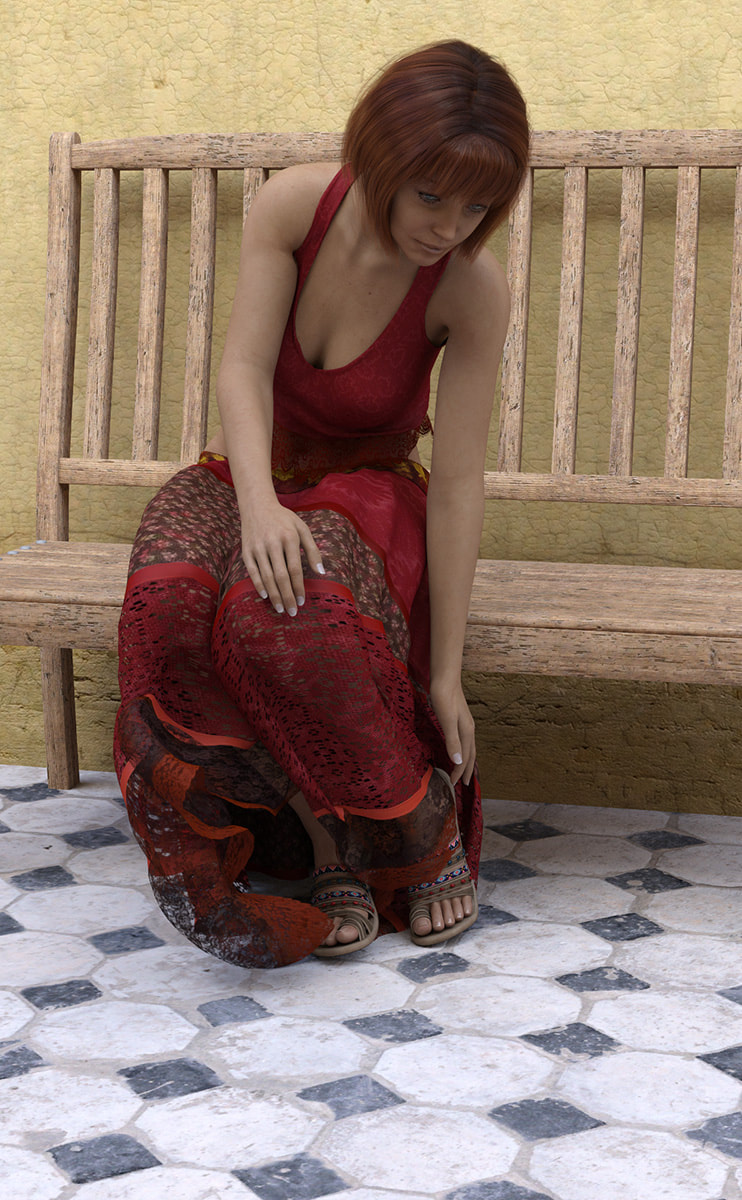 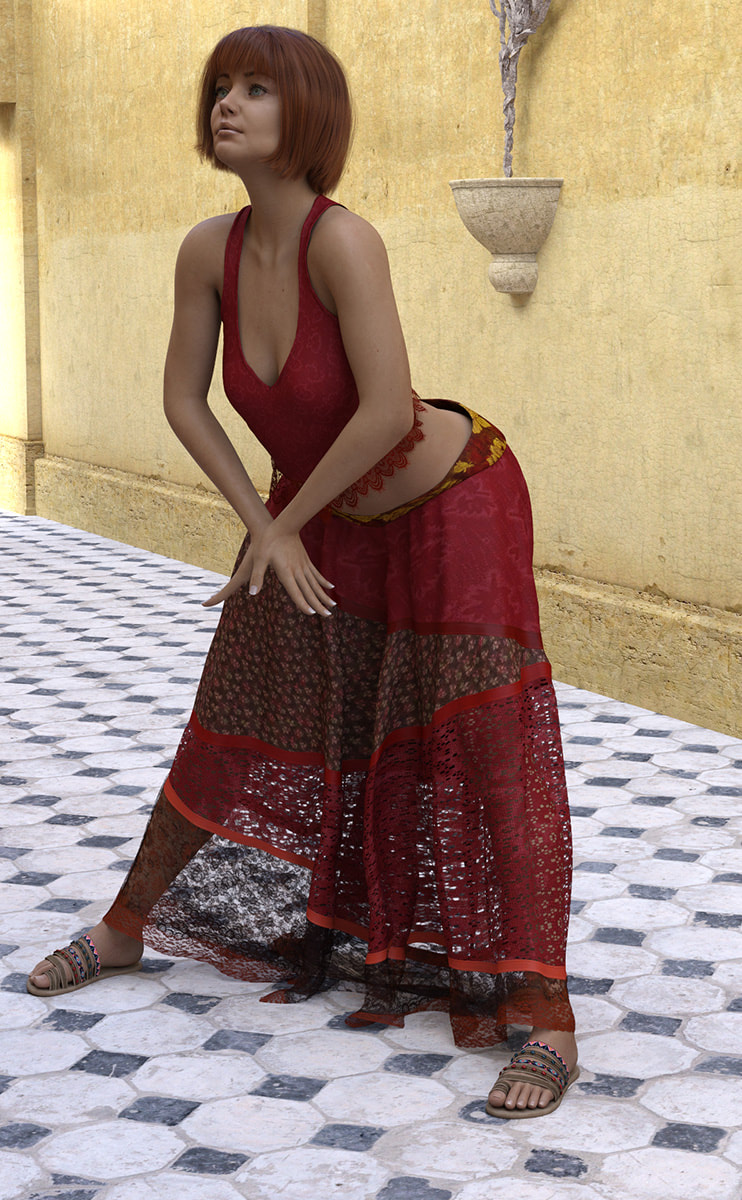 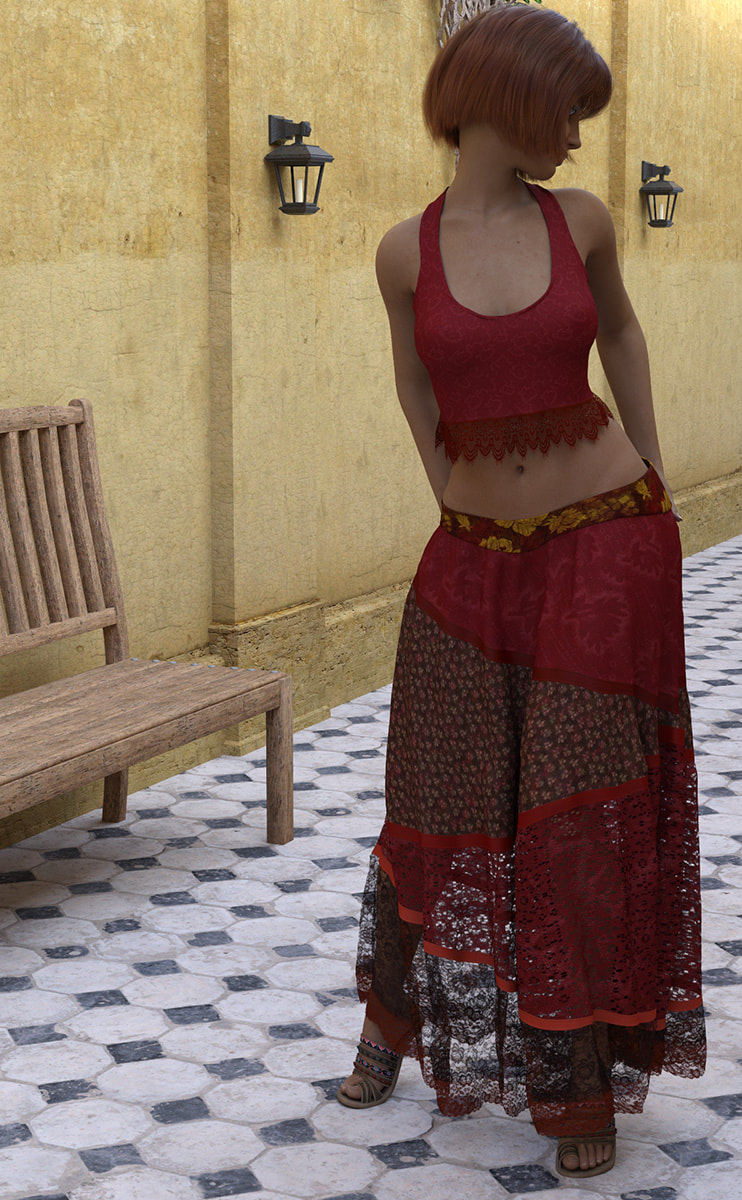 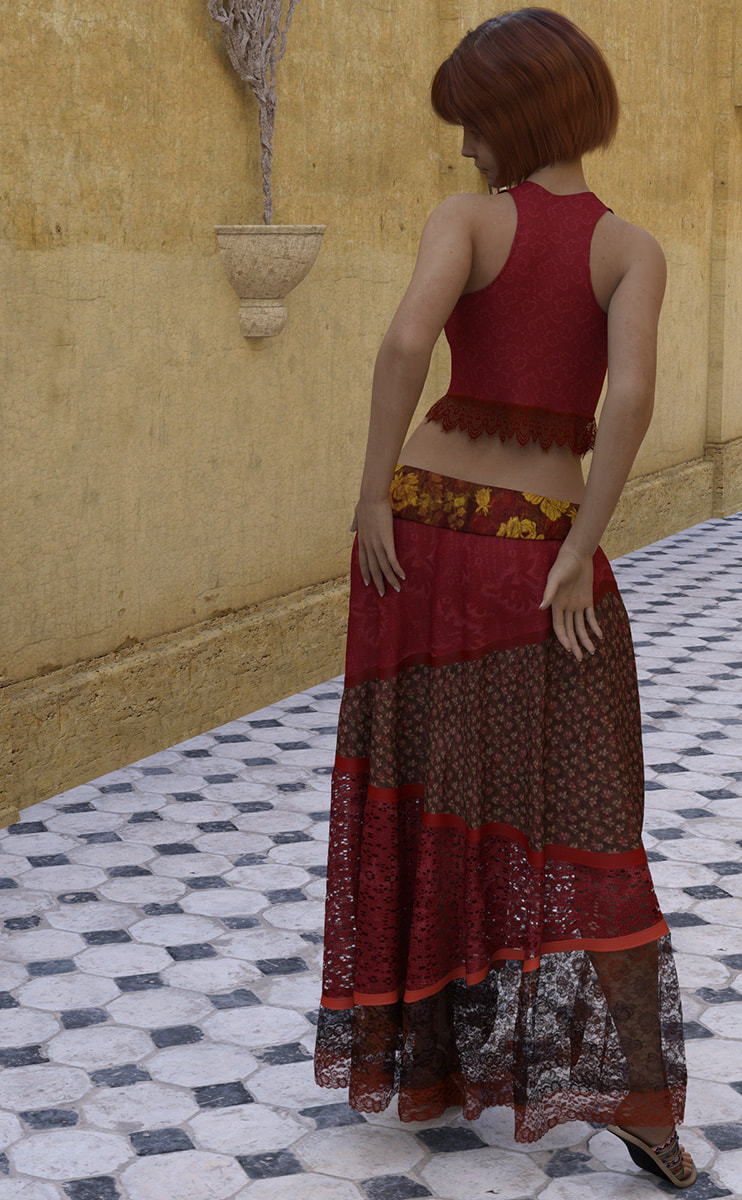 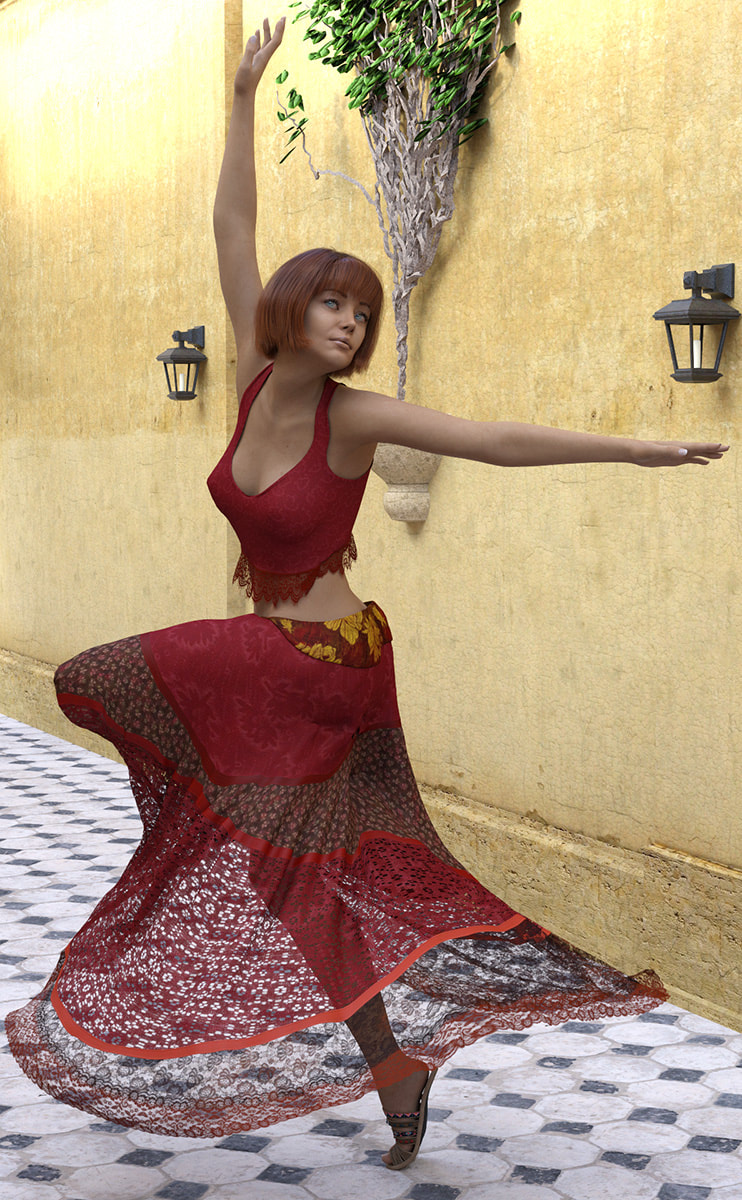